What is karst, and why should we care about it?

Fauna & Flora International (FFI) has made a habit of bucking the trend by working to safeguard neglected landscapes that are not necessarily a priority for other conservation organisations. Arguably one of the least familiar and most threatened habitat types is limestone – also known as karst. 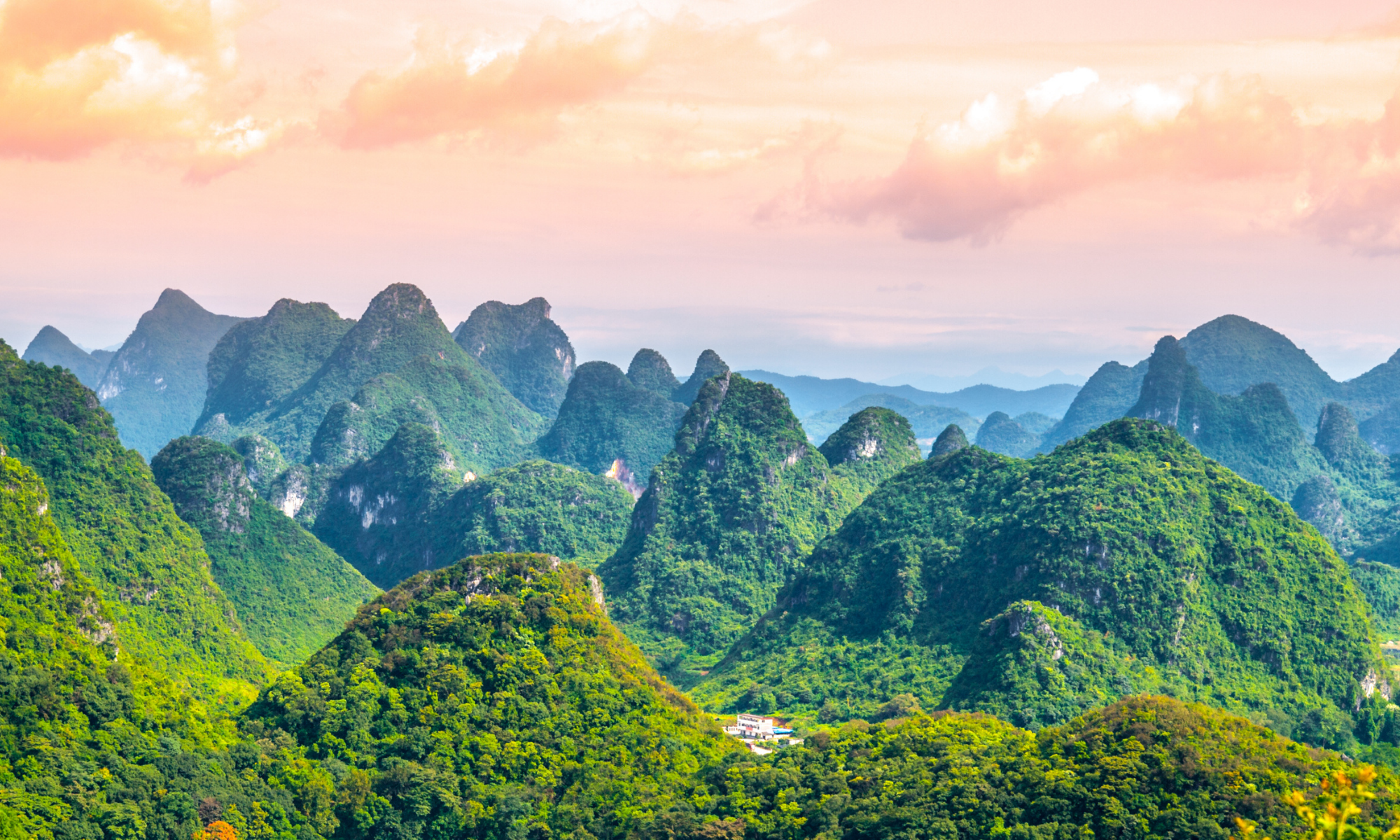 Karstscapes are as biologically rich as they are visually spectacular. Credit: pyty – bigstockphoto

Karst is actually the name of a rocky limestone region in Slovenia, but is used as a generic term to describe this type of landscape wherever it occurs throughout the globe. Although relatively unfamiliar, karst is far more widespread than you might imagine, covering an estimated 20% of the world’s land surface. It is characterised by spectacular rock outcrops, pinnacles and cave systems, which are formed over millennia by the actions of water on limestone.

Leaving aside the enormous cultural, social and economic value of caves and karst, their biological importance cannot be overstated. They are home to an incredibly rich diversity of animals and plants, above and below ground, many of which occur nowhere else on the planet. These range from bizarre creepy crawlies – blind fish, bat-eating snakes, dwarf geckos and ghost snails – to charismatic and critically endangered primates.

Owing to their steepness and relative inaccessibility, karst landscapes act as natural refuges for species that have disappeared elsewhere as a result of hunting and habitat loss. They also harbour countless unique life forms that have evolved in isolation and adapted to their own chosen niche within the wider limestone landscape.

What are the threats? 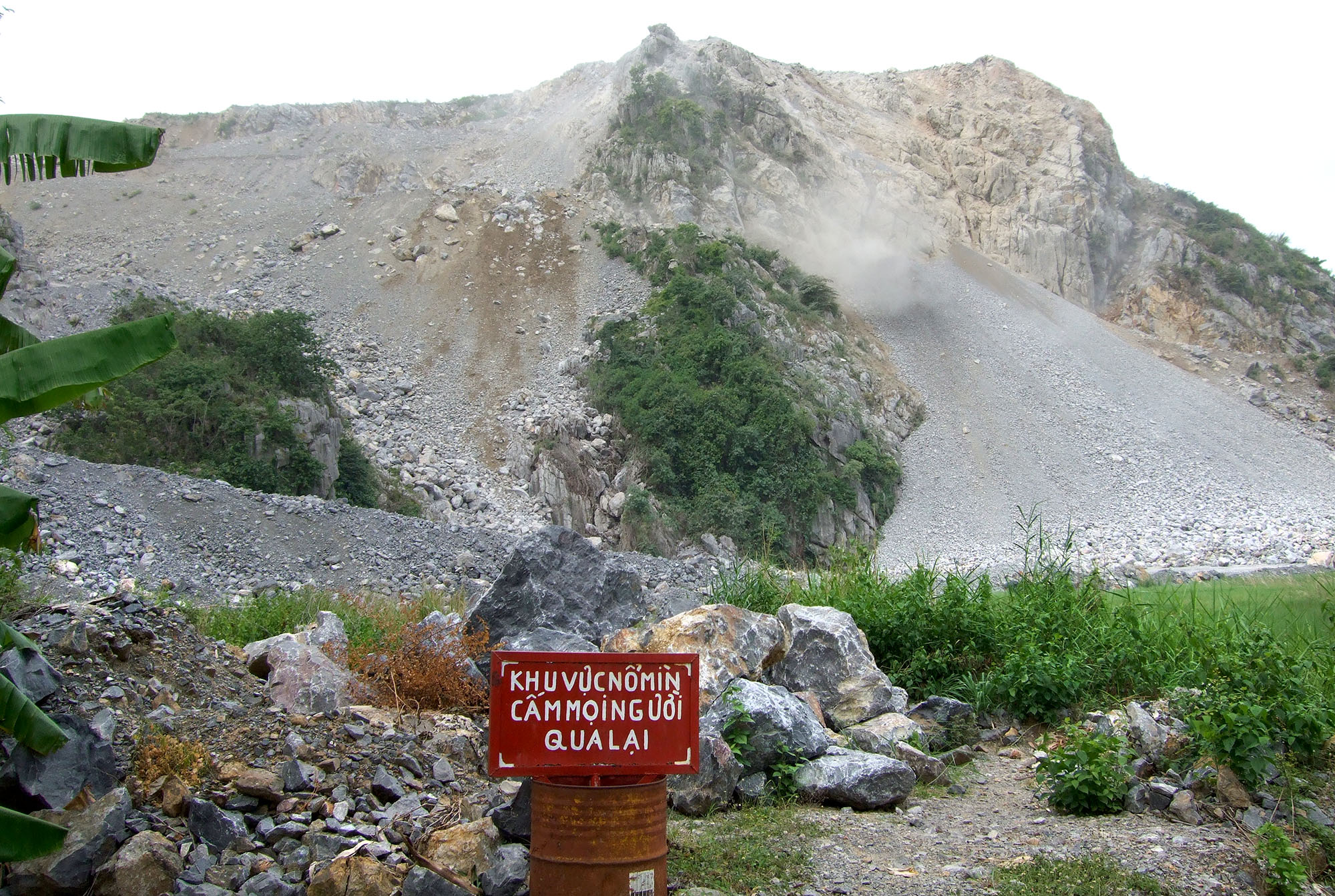 Limestone landscapes are highly sensitive to disturbance. They are under increasing pressure from a broad spectrum of human activities ranging from minor damage at the hands of careless visitors to irreparable, industrial-scale destruction caused by mining for cement.

Many of the species that make up these karst communities have an extremely limited range, often confined to a single hilltop or cave. A single misjudged blast as part of quarrying activity could wipe an entire species from the face of the Earth.

What action are we taking?

Limestone rock is a dominant feature of the landscape in many parts of the world where FFI has been working for a number of years, including Myanmar and Vietnam. In these countries, and elsewhere, we are aiming to focus global attention on the importance of conserving limestone habitats and the innumerable uniquely adapted plants and animals they harbour. In particular, we make a point of intervening to safeguard neglected species that might otherwise fall through the fissures. 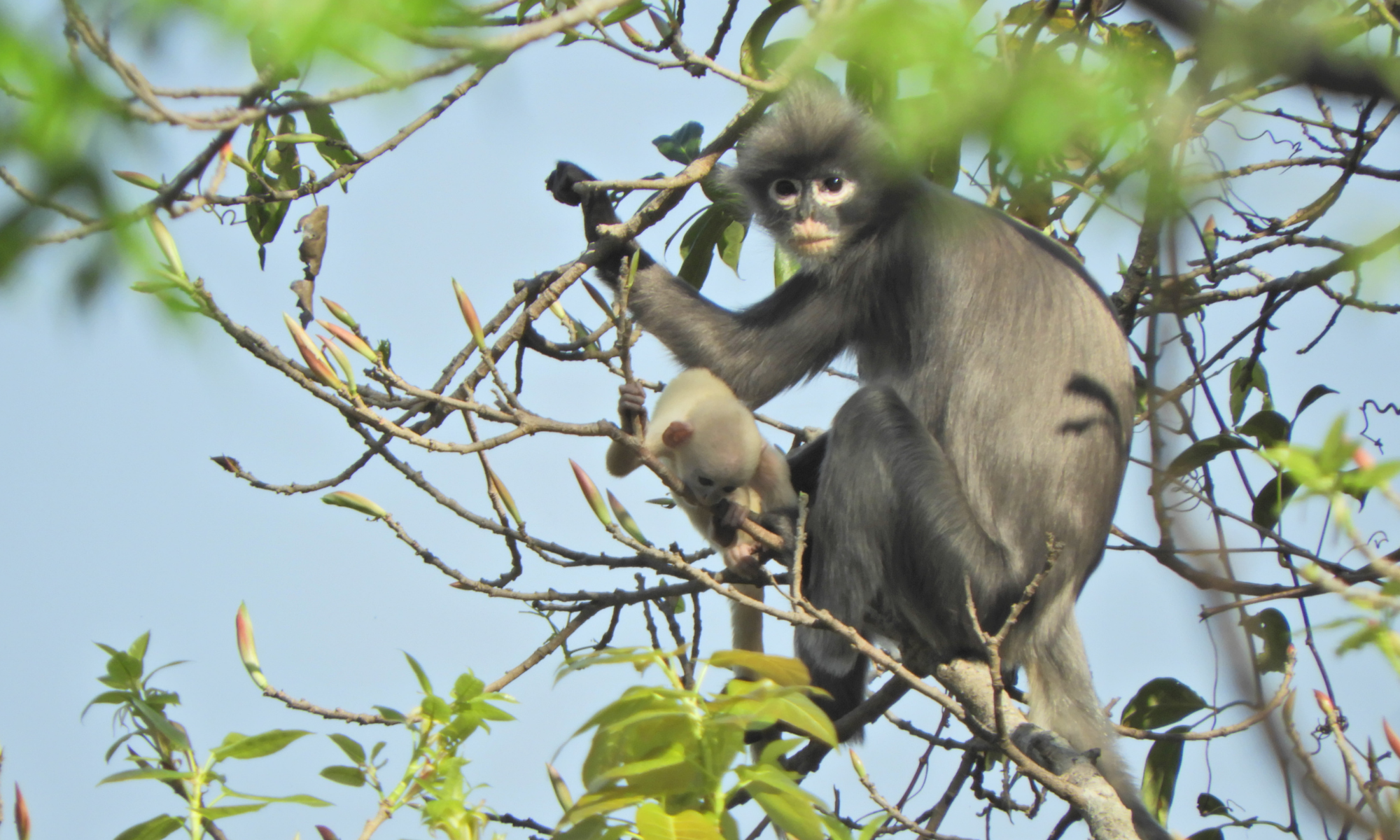 The karst ecosystems of Myanmar are only just beginning to reveal their secrets, but there is already ample evidence that they are home to large numbers of species that occur nowhere else in the world.

The entire world population of the newly described Popa langur – comprising no more than 250 individuals – is restricted to four fragments of forest-clad limestone habitat in an area of Central Myanmar that is ripe for exploitation by commercial interests. 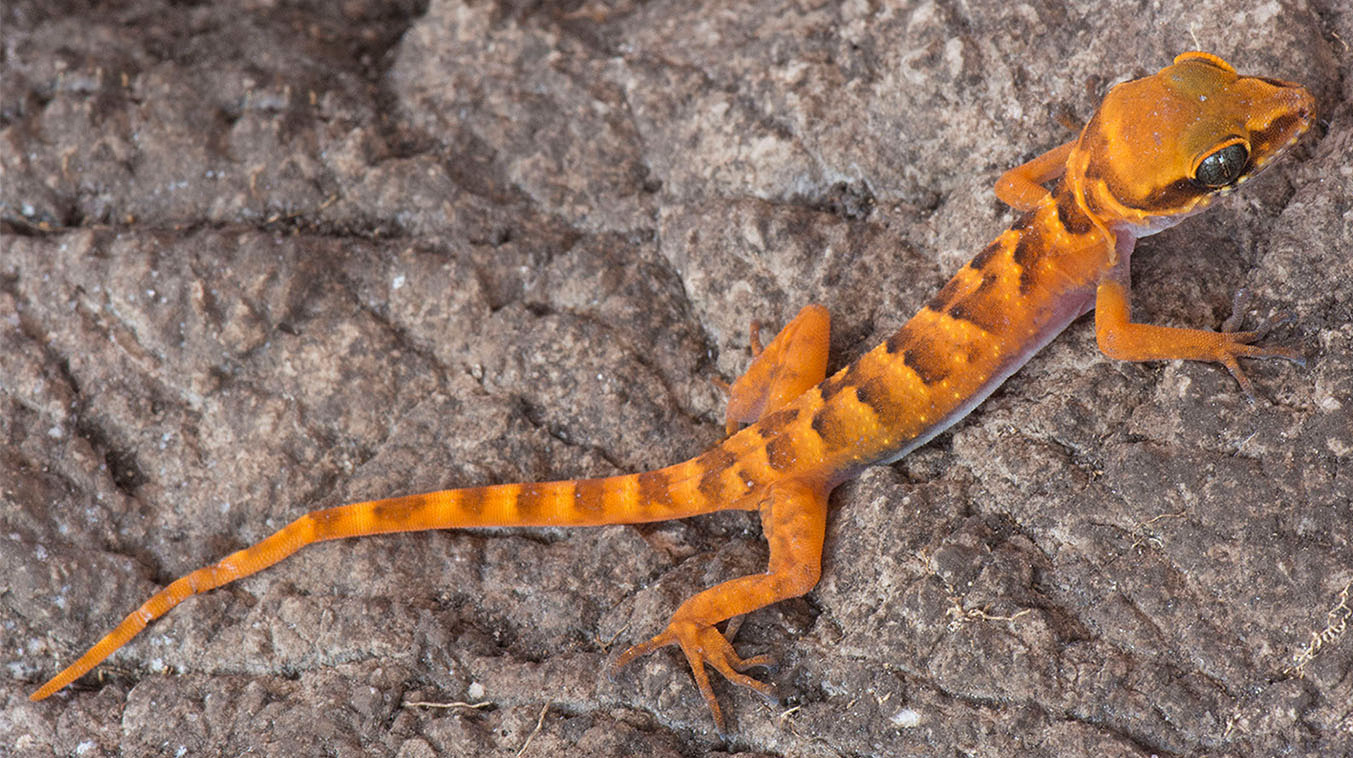 One of the many limestone-dependent geckos recently discovered in karst-rich Myanmar. Credit: Dr L. Lee Grismer

All 24 of the new gecko species recently discovered in Myanmar are believed to be confined to the individual limestone outcrops where they were found, underlying the importance of protecting every single one of these precious islands of habitat from the worst impacts of quarrying activities. FFI is working closely with the authorities, cement mining companies and other commercial interests to ensure that the damage to these fragile habitats is minimised. 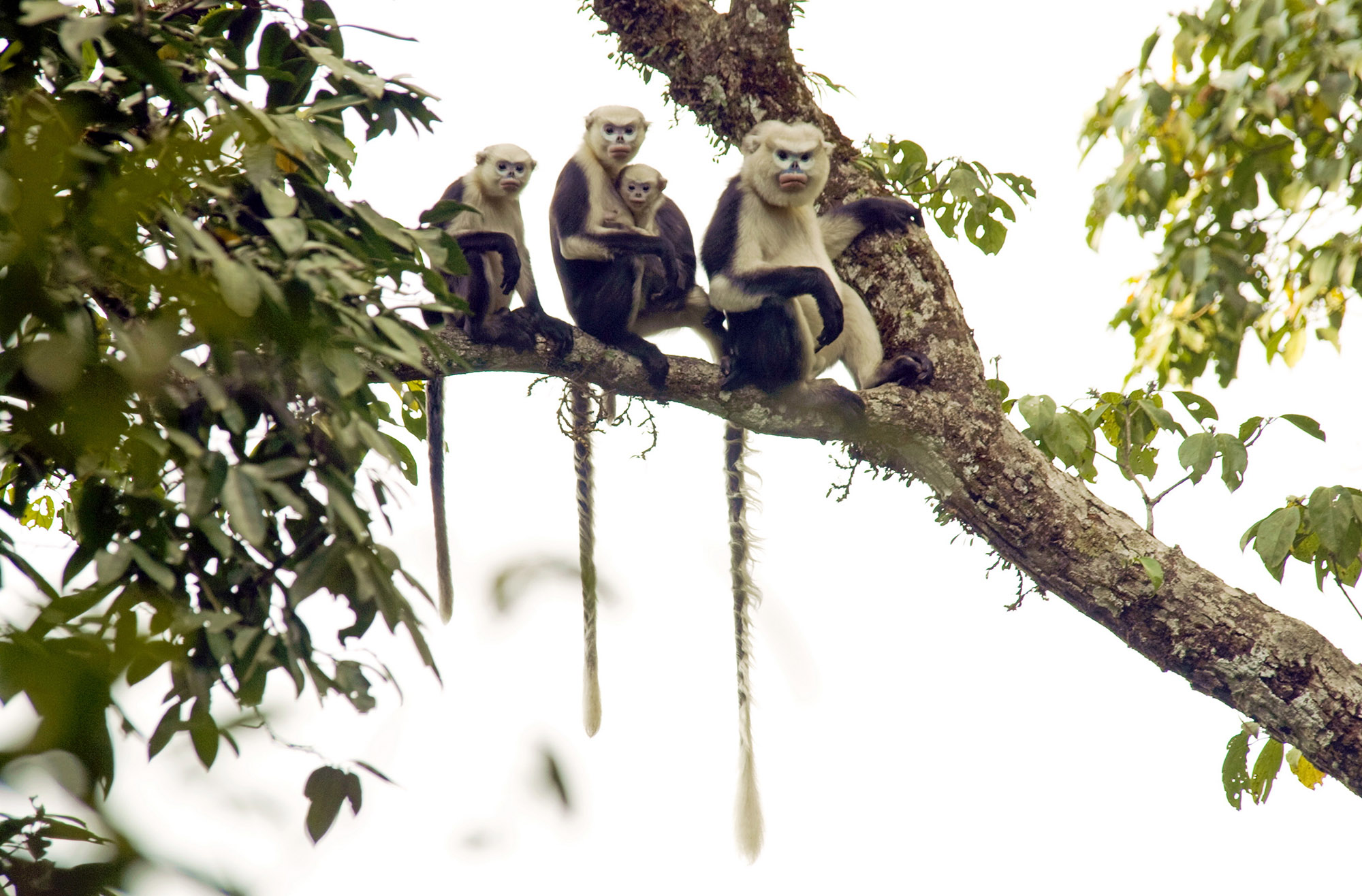 When it comes to primates, Vietnam has an embarrassment of riches, but the majority of the 25 species found within its borders are staring down the barrel. The critically endangered Tonkin snub-nosed monkey, which has been hunted to the brink of extinction, is entirely dependent on dwindling tracts of limestone forest habitat for survival.

Another primate clinging to survival by its hooked fingertips within its karst haven close to the border with China is the cao vit gibbon – also known as the eastern black crested gibbon – thought to be extinct until its rediscovery by FFI scientists in 2002. 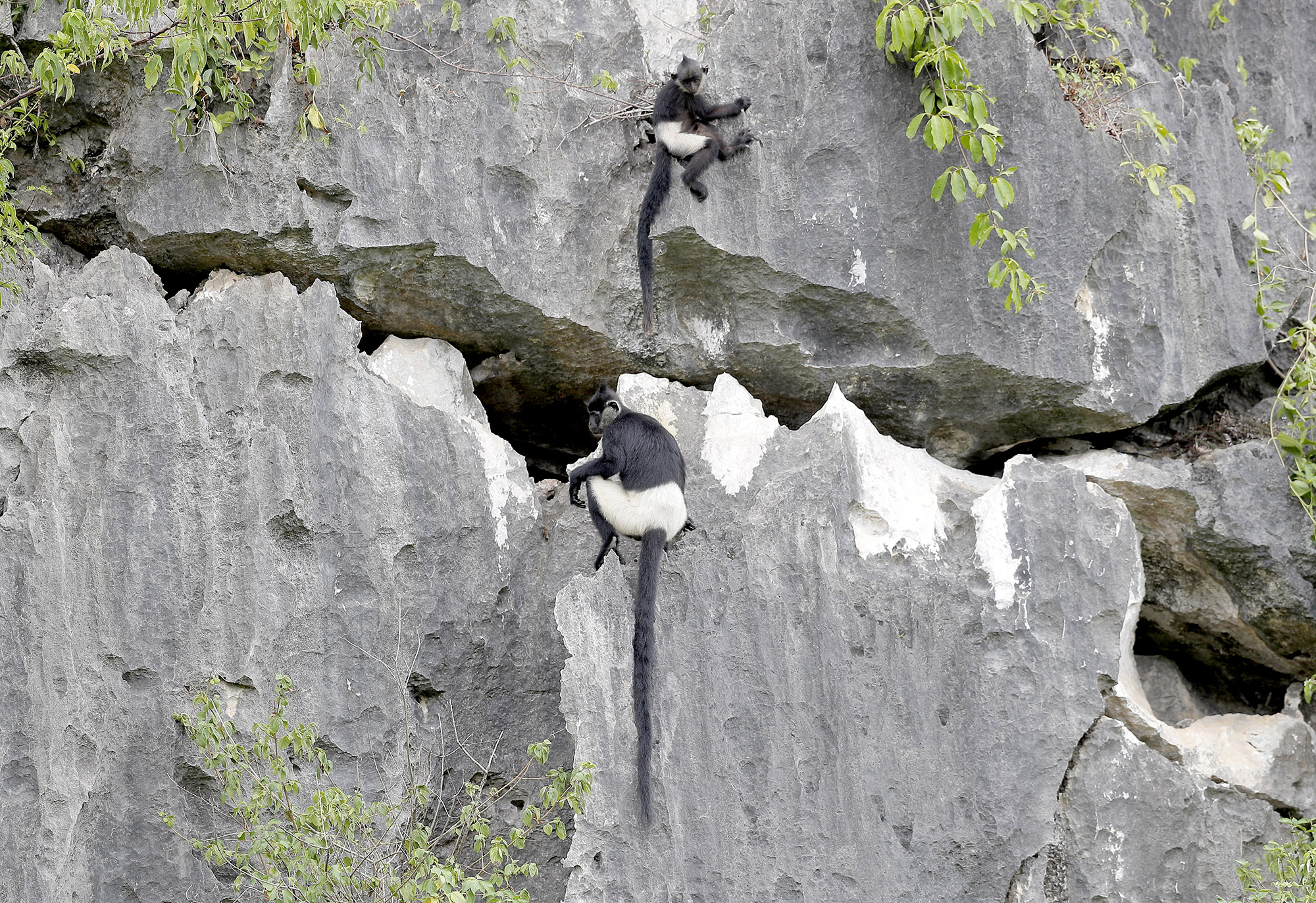 Delacour’s langur is confined to small pockets of rugged limestone habitat in northern Vietnam. This elegant leaf-eating monkey is perfectly adapted to its surroundings, with tough pads on its hand, feet and rump that enable it to run, jump and sit on the razor-sharp rock.

In 2016, scientists from FFI discovered the world’s second-largest population of this gravely threatened primate, comprising an estimated 40 individuals, in Kim Bang district. A more recent follow-up survey, supported by FFI, confirmed the presence of 73 Delacour’s langurs in 13 separate groups. With several other groups reported, there could be up to 100 monkeys in total. This population – one of only two viable ones left in the world, is crucial to the species’ survival. Following recommendations from FFI, the Vietnamese government is set to establish a new protected area specifically to safeguard this charismatic monkey and its limestone home from the threat posed by cement mining.

Without urgent intervention to safeguard the world’s limestone landscapes and the vast array of endangered species that depend on them for survival, extinctions are inevitable. FFI now has a dedicated programme that aims to put karst conservation front and centre at priority sites across the globe, including the Maros cave complex in south Sulawesi, site of the sensational discovery of the world’s oldest animal cave painting.

Much remains to be done to secure the future of these unappreciated natural treasure houses and the biological gems that they contain – many of which are yet to be revealed. FFI’s commitment to conserving these landscapes remains rock solid. And we will leave no stone unturned in our quest to secure the funding required to support the expansion of this vital programme of work.

Help save langurs and their limestone home

Spectacular species such as Delacour’s langur and the Tonkin snub-nosed monkey are in danger of being wiped off the face of the Earth as their shrinking limestone homes are eaten away by destructive activities.

We can still save these amazing creatures if we put protection in place, but time is running out.