Read our statement on the Myanmar military coup.

Myanmar (also known as Burma) is the second largest country in mainland Southeast Asia and is home to a wealth of biodiversity.

The country still retains large tracts of forest that harbour charismatic species such as the red panda and the Myanmar snub-nosed monkey. The latter was only discovered in 2010 by Fauna & Flora International (FFI) and our partners, and is only found in Myanmar and China.

Myanmar is also home to some of Southeast Asia’s most extensive and least disturbed coastal and marine ecosystems, which include coral reefs, mangroves and seagrass beds. All told, over 800 marine fish species are found here, as well as nine seagrass species and 51 corals.

In stark contrast to the country’s biological riches, at least a third of its people currently live below the poverty line and the majority depend on natural resources for their survival.

Despite their high dependence on natural resources, women and men living locally have, in the past, been excluded from decisions concerning the country’s protected areas. Happily, this situation is slowly changing and, for the first time, grass-roots organisations are being established to address issues of environmental governance and human welfare.

The opening up of Myanmar after decades of military rule and isolation has created an exciting window of opportunity to shape the future of conservation in the country. The pace of change is so great, however, that we need to act quickly if we are to make the most of this opportunity to protect the country’s rich natural environment.

Myanmar is located in Southeast Asia. It is bordered by Bangladesh, India, China, Laos and Thailand, with a long coastline stretching from the Andaman Sea to the Bay of Bengal.

decline in forest cover since 1990.

Our work to protect Myanmar’s biodiversity

We mitigate threats at our project sites by supporting collaborative patrolling and law enforcement, as well as providing support for sustainable livelihood development in buffer zones. The latter includes initiatives such as community forestry, sustainable fisheries, organic farming and responsible ecotourism.

Through research, we are identifying critical areas for biodiversity and supporting the Myanmar government in planning and establishing protected areas at these sites. We have played an instrumental role in the designation of Myanmar’s first locally managed marine areas, two Ramsar Wetlands of International Importance, and a UNESCO Biosphere Reserve at Lake Indawgyi.

Our research into the sustainability of oil palm plantations in Myanmar prompted the government in the Tanintharyi region to issue a moratorium on new plantations until it had completed a review of the legal status and social and environmental impacts of the existing concession.

We are also carrying out a number of projects aimed at conserving flagship species such as tiger, elephant, red panda and endangered primates including the Myanmar snub-nosed monkey.

Learn more about our work in Myanmar 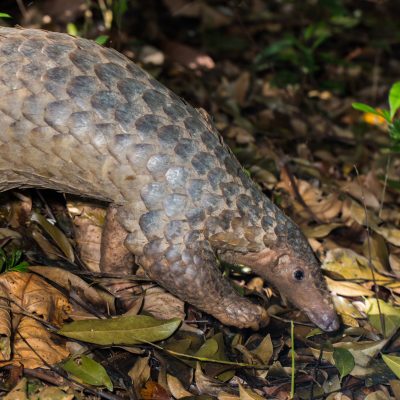