The situation is nothing short of desperate.

Vietnam’s elephants are in the midst of a complete catastrophe. Their forest home has been battered by decade after decade of deforestation and the last survivors have been left scattered in tiny fragmented groups. Official figures state there are as few as 91 left alive. And – despite increasing awareness and response from the Vietnamese government – the situation is grave.

With nowhere else to go, they roam closer and closer to human settlements, risking conflict and heartbreak for humans and elephants alike. There is next to nothing in place to help protect the elephants and – if we don’t act now – this could well be Vietnam’s last generation of elephants. 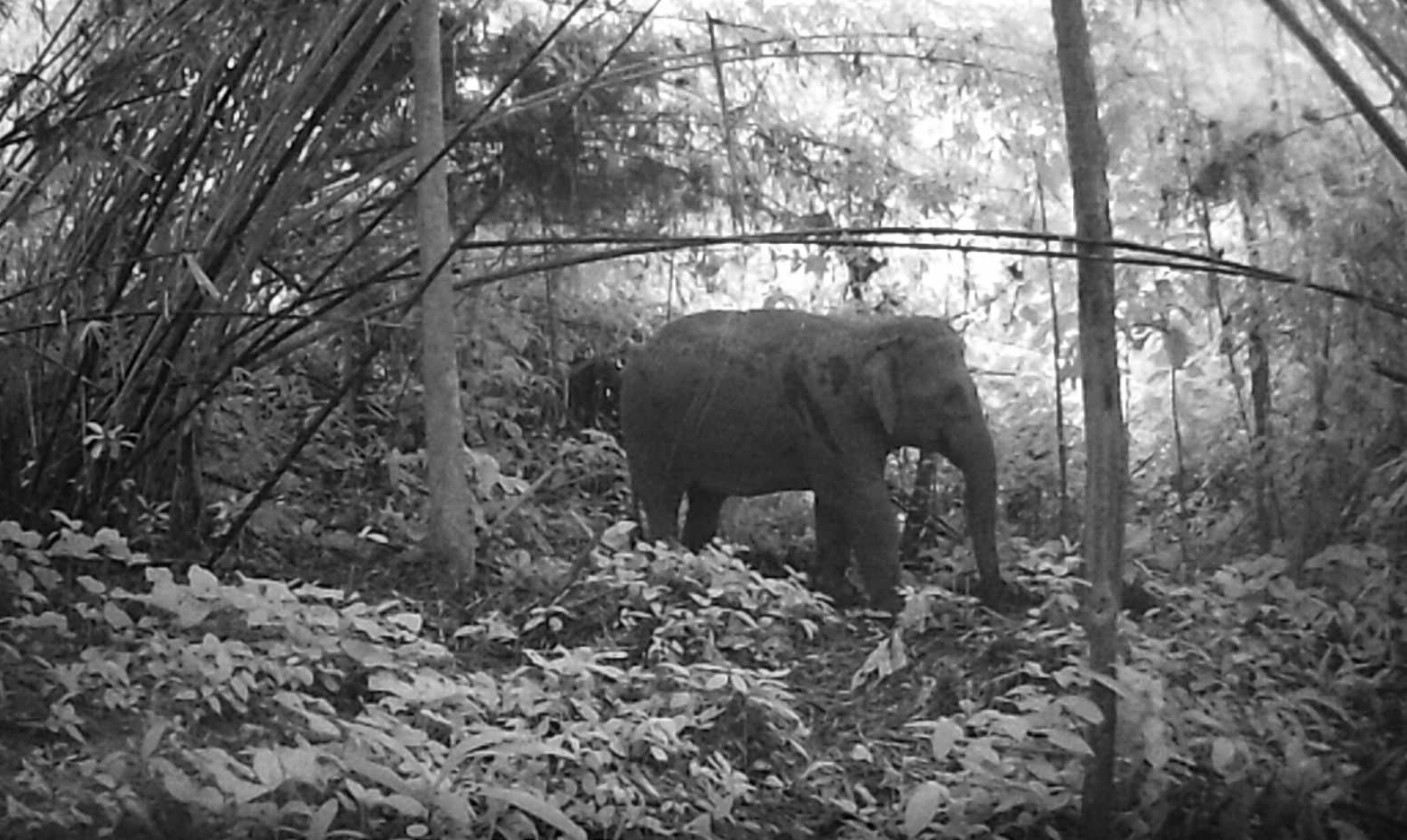 But this could all be about to change. We have been given a crucial opportunity to help. Our team in Vietnam has received critical new camera trap data that confirms the speculation that there are elephants alive, and probably breeding, in Pu Mat National Park. This means that we could have a real chance – one final chance – to help save Vietnam’s elephants.

But there’s a catch: this elephant project currently has zero funding. We must urgently raise the funds needed – £99,819 – to get the project off the ground and we are entirely reliant on you, the people reading this, to help us.  Your donation will help conservation teams and vets to fit the elephants of Pu Mat with state-of-the-art telemetry collars, allowing experienced rangers to track them and, where necessary, safely steer them away from villages. It will also help us to implement long-term, harmless approaches to keep the elephants and local people separate, for example purchasing chilli seeds for local farmers to grow into crop fences, which could naturally deter elephants from encroaching on farmland.

We must act quickly – Vietnam’s rhinos have already become extinct, and no tiger sightings have been recorded in over 10 years. This is our last chance to make sure that Vietnam’s elephants don’t suffer the same fate. So please, donate today – every single penny of your gift will go towards saving Vietnamese elephants.

With your help, we can protect these majestic mammals and stop them disappearing forever.

Chilli fencing is a type of crop fencing, where plants are used to form a natural barrier around farming fields, in order to encourage wildlife to avoid the area.

Elephants are known to dislike chilli plants, so by planting them around other crop fields, the elephants will be much less likely to feed on or destroy other crucial crops. The elephants will be naturally steered back to the safety of the forest, where they will be able to find food more to their liking.

By looking into this and other harm-free methods we could help to protect locals’ crops from being eaten or trampled by elephants, and in turn protect elephants from the risk of retaliation incidents.

Elephants are one of the most intelligent animals on the planet – they have the largest brain of any land mammal and a legendary memory. Whilst Asian elephants are slightly smaller than their African cousins, these gentle giants still need large areas of land to roam, something that Vietnam once offered in abundance. However, this has drastically changed in recent years.

Over the last 70 years or so, Vietnam has seen huge changes to its land use. At least 12.6 million hectares of forest have been lost due to arable land expansion, logging, and the hunting and harvesting of forest wildlife, as well as the environmental impact of the long-lasting conflict in Vietnam. In the northern mountains alone, forest cover has dropped from 95% to 17% in only 48 years.

On top of this, elephants all over the world have been facing a grave danger: poaching. Male elephants have been hunted for decades for their ivory tusks, and the threat has had truly devastating consequences across Asia. In fact – elephant numbers in Vietnam are now so low that even the ivory trade seems to have given up its operations in the country.

The last surviving elephants have been left scattered, with most sub-populations comprising 10 individuals or less. Today, there could be as few as 91 elephants left in the wild in Vietnam.

Every day the lack of forest puts Vietnam’s elephants in grave peril. They are driven ever closer to farms and villages, causing increasing tensions with the local people. While the elephants may mean no harm, it’s all too easy for an unwitting 5-tonne giant to trample fields full of crops and fences, ultimately destroying livelihoods. And, in the worst cases, causing the deaths of local people.

As a result, instances of human-elephant conflict are on the rise, and there have been some shocking reports of elephants being targeted in response. We have heard of deep trenches being dug – easily large enough for a young elephant to become stuck in, as well as heart-wrenching stories of elephants being electrocuted to keep them away. For a population that is already barely clinging on, this added conflict could prove more than they can take.

In one area, close to Pu Mat National Park, the locals tell a story of an elephant who was killed back in 2010. After his death, they noticed that the rest of the herd became visibly angry, showing their frustration and emotional distress at the loss of their leader. 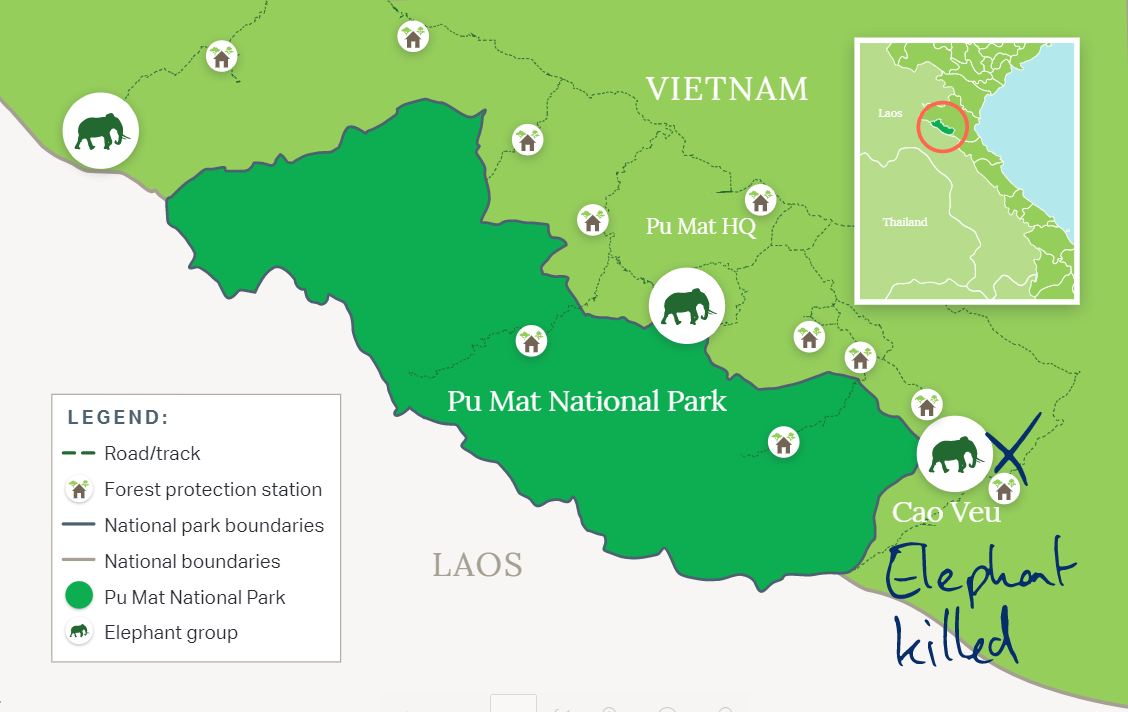 But there is some good news. Most of the locals do appreciate the elephants, and are keen to find a way to live with them peacefully.

In the same area, the locals tell the heart-warming story of “Mister”, a lone male elephant who they see often and who brings them much joy. As long as he stays out of trouble, they enjoy his presence and are very friendly towards him, going about their daily lives with him alongside them.

Bolstered by the huge news of a confirmed elephant population, our team has been swiftly pulling together a plan for a ground-breaking new elephant project in Vietnam. Right now, we don’t know exactly where the elephants are and there are many dangers – they could be heading towards local farms or villages, or even deadly roads or powerlines. Without knowing where they are, we can’t protect them. 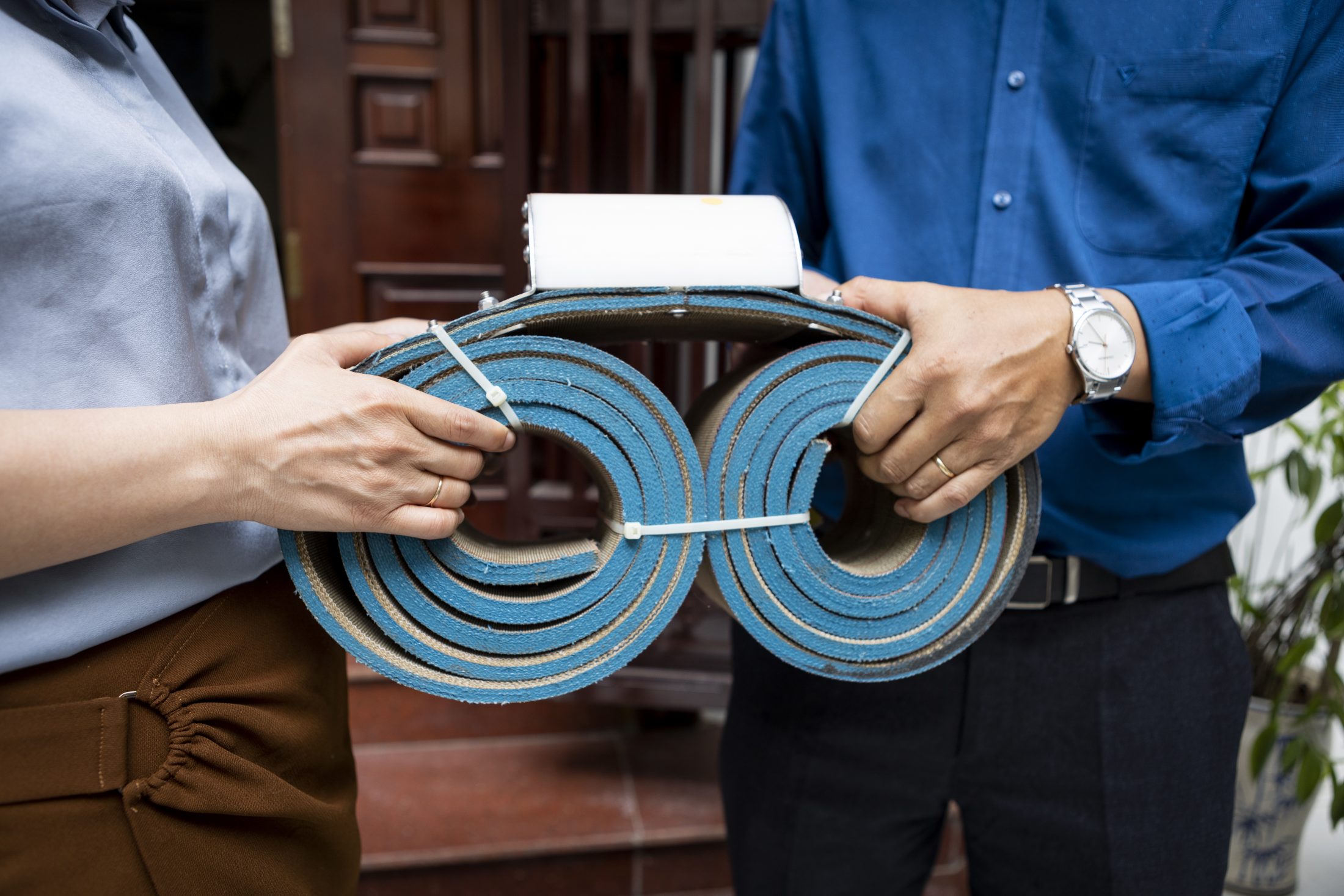 One of the elephant collars we hope to use in our landmark new elephant project in Vietnam. © Steph Baker / FFI

But – in a stroke of luck – our team has been gifted some state-of-the-art telemetry collars. These specialist collars will allow us to scale up existing ranger work in the region, allowing local rangers to track the elephants and, if necessary, safely intervene if they see an elephant travelling too close to any villages or problem areas, making a huge impact on reducing human-elephant conflict.

These incredible community rangers have already shown themselves to be one of the best conservation teams in the field, helping to protect critically endangered species like the cao vit gibbon, and assisting with the large-scale detection and removal of lethal snares in the area. As well as helping to avoid instances of human-elephant conflict, these community rangers will be essential in helping to raise awareness of the plight of Vietnam’s elephants, as well as nurturing a sense of pride amongst the local people, which is a key part of this project. We have no doubt that there is no better team for the job. 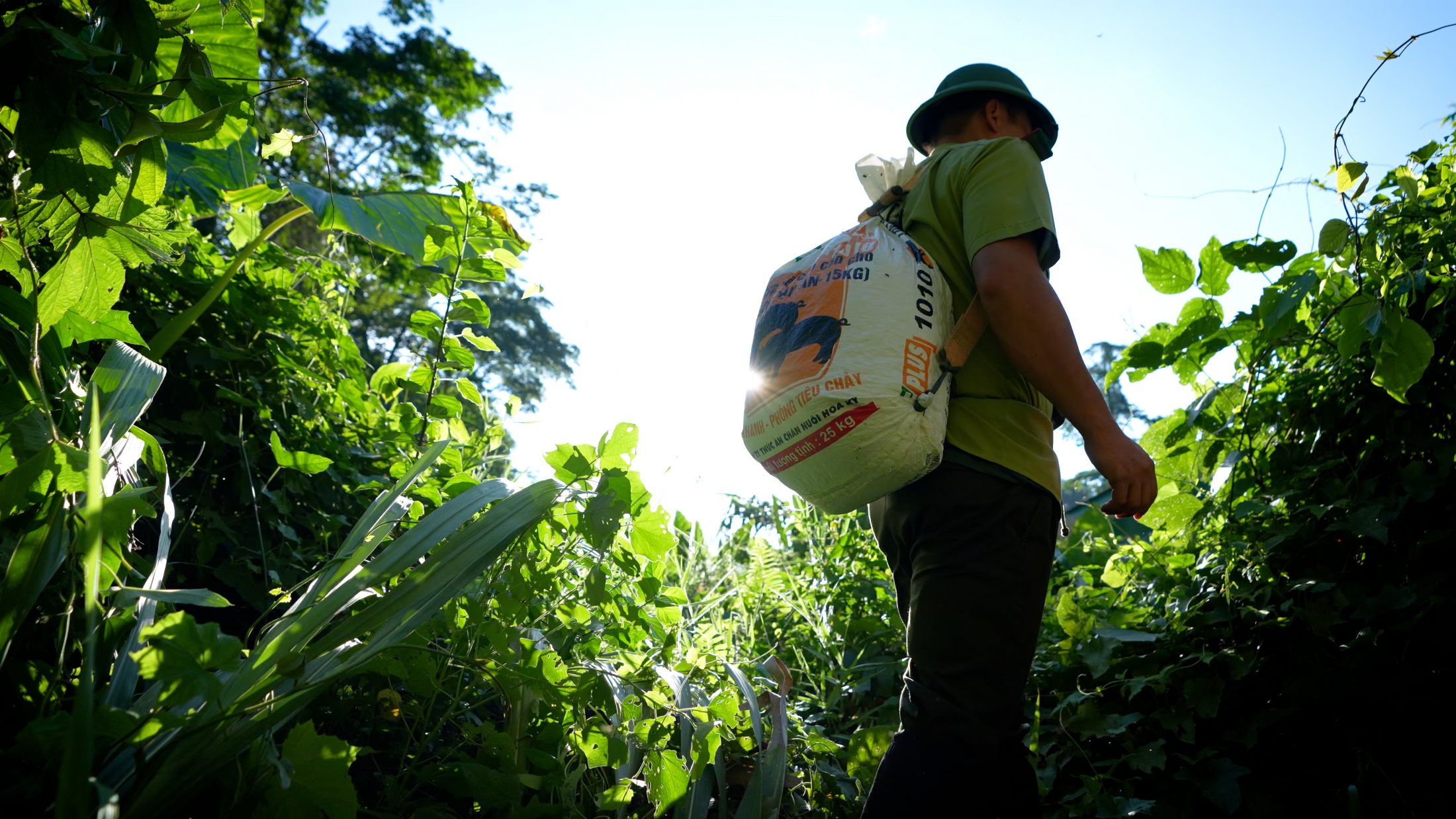 The rangers working in Pu Mat National Park are some of the best in the field. © Le Duc / FFI

We are also working on critical long-term approaches to help keep the elephants and local people separate. Physical barriers like fences are often easily trampled down by elephants, and ditches pose dangers of trapping them or breaking the legs of calves, so our team wants to research some innovative new methods to help. 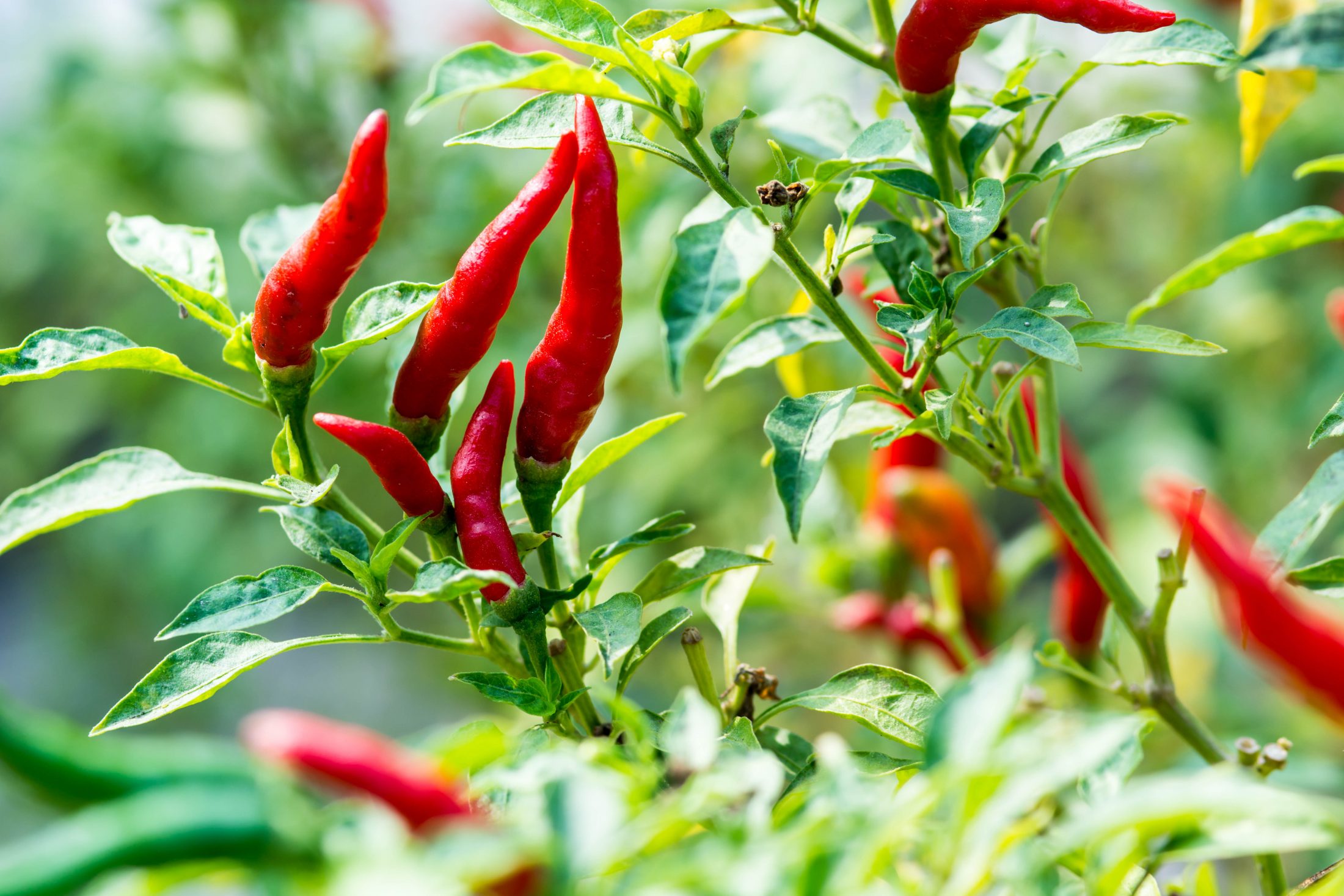 One of these approaches is crop fencing – the process of planting a “fence” of unpalatable crops around more traditional crop fields, in order to peacefully deter wildlife. This is where the team is hoping that it might have found a rather unusual silver bullet: chillies!

Chillies are one food that elephants absolutely detest, so planting them around other crops could be a perfect way to get the elephants to naturally avoid them, as well as providing local people with an added source of income. By looking into this and other harm-free methods, we hope to keep both humans and elephants safe, allowing them to live peacefully side by side.

What the rangers need:

The race against extinction

Time is running out. This is most likely our final chance to save Vietnam’s elephants, and if we don’t act now, this will almost certainly be Vietnam’s last generation of elephants.

But there is one silver lining; elephants can live  – and continue breeding – for a really long time, which means we do have time to save them as long as we move quickly. All we need is your help – your incredible, unwavering support – to raise the funds needed to get this project off the ground.

The team has estimated it will cost £99,819 to get the project under way, and every single penny of your donation will go towards our elephant project in Vietnam.

Your gift will go towards safely fitting the elephants of Pu Mat National Park with specialist radio collars, supporting the cost of working with the best international vets to carry out this delicate, but vital process. You will also be supporting the fantastic local rangers in Vietnam who are so diligently protecting elephants and local people, buying them essential equipment such as protective clothing, boots, rucksacks and torches. With your support, we also hope to implement safe, sustainable deterrents such as crop fencing. Just £3 could help towards providing a sack of chilli seeds which could help to keep a herd of elephants safe in the forest for decades to come.

Together, these measures could greatly reduce the chance of human-elephant conflict and this project really could make all the difference to the survival of elephants in the country. With your help, we could save a globally crucial elephant population from extinction in Vietnam. This is the best chance we’ve had in years; it is imperative that we don’t waste it. That’s why we’re asking you – please, donate today and help save Vietnam’s elephants.

Fauna & Flora International (FFI) is the world’s oldest conservation charity. Over the last 100 years, we have literally saved species from extinction and even – with the help of our vice-president, Sir David Attenborough – helped bring mountain gorillas back from the brink. We work to protect plants and animals around the globe, and spend 94% of our income on charitable activities.

That’s why we’re sure that – with your help – we still have time to save Vietnamese elephants.

If we raise more than £99,819 from this appeal, then additional funds will be used to support our other work in the Vietnam and around the world. If we’re unsuccessful in raising the full £99,819, then any funds we do receive will still be restricted to this project.

Find our more about how we spend your donations.