Unicorn of the desert

The Arabian oryx has an almost talismanic significance for FFI. As the first ever example of an animal that has been successfully reintroduced into its original habitat after being declared extinct in the wild, it has achieved iconic status within the FFI pantheon of conservation success stories.

The only one of the four oryx species to occur outside Africa, the Arabian oryx inhabits sandy and stony deserts and is supremely well adapted to this hostile environment.

Its bright white coat reflects the sun’s harsh rays, while splayed hooves allow it to negotiate the sandy terrain more easily. It can survive for extended periods without a direct water source and is capable of travelling vast distances in search of new growth.

Arabian oryx are active mainly around dawn and dusk, and tend to rest in the shade during the heat of the day. They dig with their hooves to create a bed of cooler sand in which to lie.

The species is gregarious and forms herds comprising as many as 30 individuals. When conditions are less favourable these herds break down into smaller units, with males becoming more solitary and ranging more widely.

At a glance
Oryx leucoryx

The Arabian oryx is found only in the Middle East

The year the species was declared extinct in the wild

Estimated number of Arabian oryx living in the wild today

The Arabian oryx was once widely distributed across the Arabian Peninsula and north to Israel, Jordan, Iraq, Syria and the Sinai desert in Egypt.

Traditionally hunted for its meat and hide by the Bedouin of the Arabian Peninsula, this elegant antelope has always led a precarious existence, but the threats to its survival were exacerbated by the ready availability of automatic weapons and motorised vehicles, and the increasing popularity of sport hunting. By 1972 it had been driven to extinction in the wild.

How FFI helped to save the Arabian oryx

Little more than half a century ago, the Arabian oryx was a relatively obscure desert antelope, well on the way to becoming a footnote in the natural history books. Although the species had long been on international conservation’s radar, its plight was not seriously addressed until 1962, when The Fauna Preservation Society, as FFI was then known, devised and executed an ambitious rescue plan with financial support from the recently formed WWF.

An expedition was mounted to what is now South Yemen, with the aim of capturing several of the last surviving wild Arabian oryx, which would form the nucleus of a captive herd. The long-term goal was to reintroduce the species to its original habitat at an appropriate future date.

Three of the four captured animals survived the ordeal, and were eventually shipped to Phoenix Zoo in Arizona, where the climate was similar to that in southern Arabia. A breeding programme was established, initially comprising the three captured oryx and a female from London Zoo, but subsequently augmented by further individuals, courtesy of the Sultan of Kuwait and Saudi Arabia’s King Saud.

A decade later, the so-called World Herd at Phoenix numbered 35 individuals, and six animals were transferred to form a satellite colony at San Diego Zoo. Meanwhile, hunting of the remaining wild Arabian oryx continued unabated, and by October 1972 the last animals had been reported killed or captured.

Captive breeding proved so successful that by 1992 there were 1,600 Arabian oryx distributed widely among the world’s zoos and private collections. Paradoxically, the main challenge for conservationists has not been to breed the species in captivity, but to overcome the problems inherent in returning the Arabian oryx to the wild. Since habitat loss and human-wildlife conflict did not pose a problem in this instance, successful reintroduction was contingent solely on preventing the relentless hunting perpetrated by a thoughtless minority.

Reintroduction to the wild

In 1978, four animals were shipped to the recently-created Shaumari Wildlife Reserve in Jordan, where they were bred in captivity for a further five years, at which point 31 Arabian oryx were released into the protected area. That same year, a small founder herd was dispatched to a reserve in Israel. Arguably the most momentous event occurred in 1982, when 10 oryx were released into the open desert in central Oman on the stony plateau of Jiddat-al-Harasis. Although heavily guarded and intensively studied, this herd was completely independent.

By 1996 there were over 300 Arabian oryx in the wild. The celebrations were premature, however. Poaching soon resumed and quickly intensified to the point where it was deemed necessary to bring some animals into captivity again, in order to secure the long-term future of the species.

The intervening years have witnessed further vindication of the original captive-breeding and reintroduction initiative that helped save this beleaguered antelope from extinction. With effect from 2011, the IUCN Red List of Threatened Species reclassified the Arabian oryx as Vulnerable. Coming just 40 years after the species was officially declared Extinct in the Wild, this represented a remarkable conservation achievement.

The Arabian oryx has been reintroduced into the wild in Israel, Jordan, Oman, Saudi Arabia and UAE, and several thousand are now held in captivity. Hunting remains a serious threat to this day, particularly in Oman where, ironically, the population has been decimated by illegal live capture for sale to private collections. Notwithstanding the problems that continue to undermine its recovery, the resurrection of the Arabian oryx remains one of conservation’s most enduring success stories.

Back from the brink

The Arabian oryx is living proof that even species in dire straits can be rescued from extinction when people come together and take collective action to save them.
Please support our vital work to conserve the world’s biodiversity – before it’s too late. 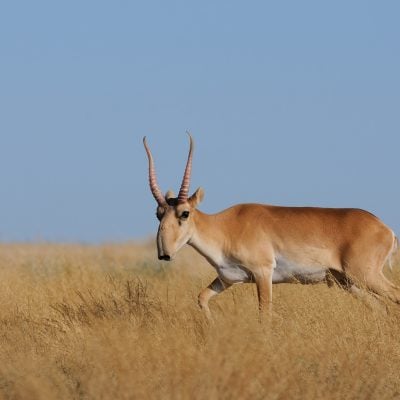 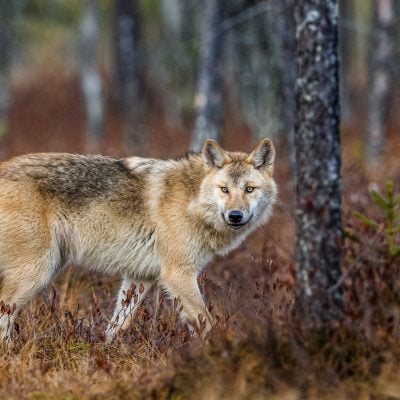 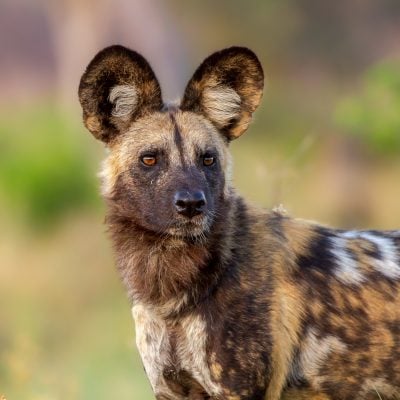 The word ‘desert’ conjures up an image of a barren, lifeless landscape, but appearances can be deceptive - in fact, these environments can support a great variety of life.