Tale of the century – One hundred new species for Myanmar

These are uncertain times for Myanmar, and for the future of its astonishing biodiversity. Last year, not long before the world awoke to the news that the military had seized control of the country and declared a year-long state of emergency, Fauna & Flora International (FFI) staff in Yangon had been discussing how best to commemorate a remarkable conservation milestone. At the time, it felt inappropriate to celebrate. Now, as we settle into what we hope will be a game-changing year for biodiversity, it’s time to share some good news, so here goes: within the space of a single decade, FFI and our in-country and international partners have discovered no fewer than 100 new species in Myanmar.

Myanmar harbours biological riches that most countries can only dream of. Its remaining tracts of forest are home to some of the most spectacular wildlife in mainland Southeast Asia. With two-thirds of the country’s population living below the poverty line, local communities are heavily dependent on natural resources for survival, and it is vital that they are involved in decisions about how best to safeguard that natural heritage.

When Myanmar began to open up in 2010, FFI wasted no time in trying to establish links with the emerging grass-roots organisations that were aiming to give local communities a voice. We subsequently joined forces with in-country partner Biodiversity and Nature Conservation Association (BANCA) to establish an ambitious long-term programme focusing on protected area management and community forestry.

If evidence was needed that Myanmar’s biodiversity was one of Asia’s best-kept secrets, the first joint surveys undertaken with BANCA in early 2010 certainly provided it. The biggest revelation was a primate species new to science. Previously known only to local hunters, the Myanmar snub-nosed monkey would prove to be the first in an incredible sequence of discoveries culminating in last year’s revelation that another local primate, the Popa langur, was actually a new species hiding in plain sight. 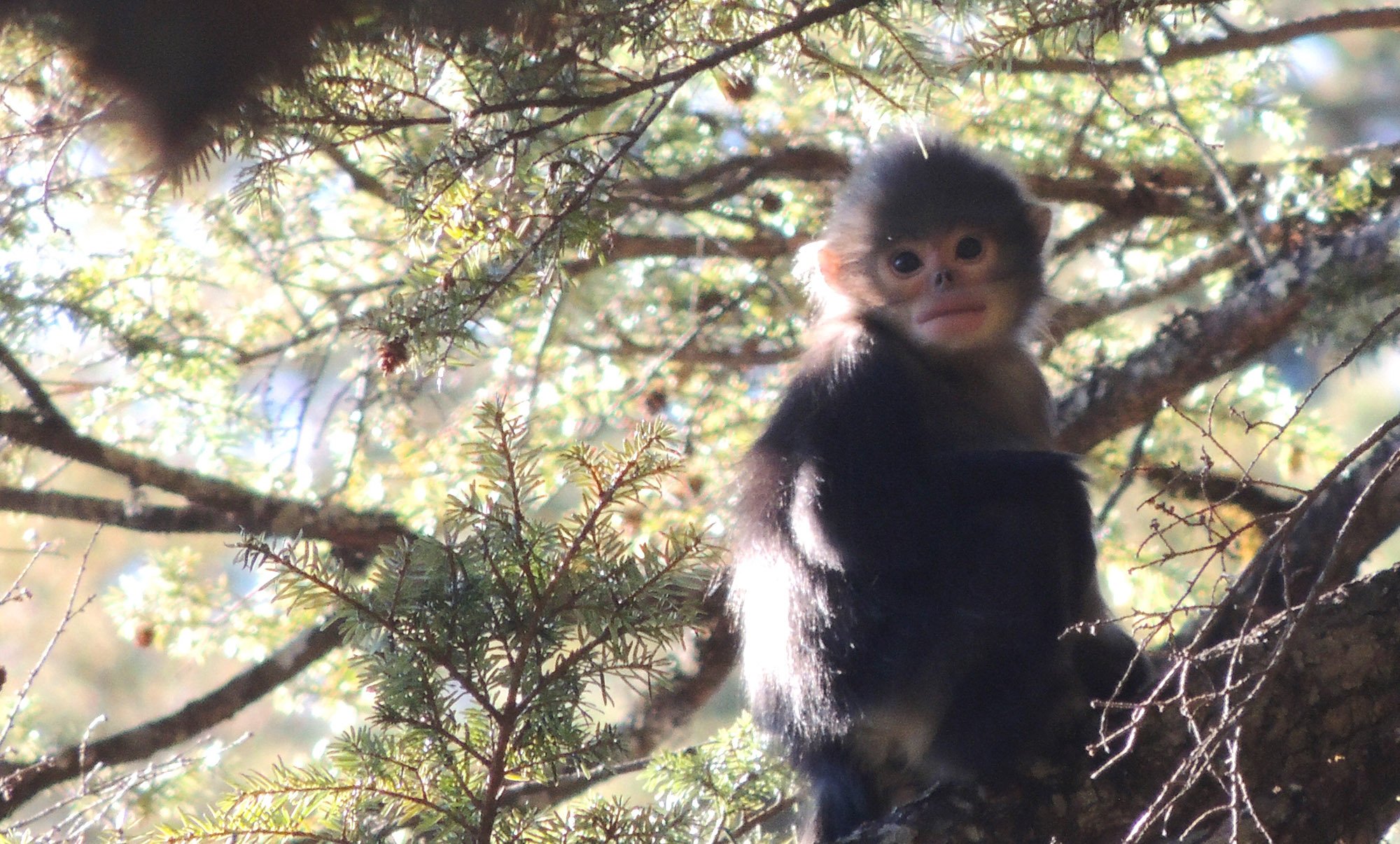 A young Myanmar snub-nosed monkey, precious representative of the next generation of this critically endangered primate. Credit: Shaohua Dong

Appropriately enough, the species that took the cumulative count into three figures was not a charismatic close relative but an unprepossessing, cave-adapted two-pronged bristletail.  This arthropod’s main claim to fame stems less from any intrinsic beauty – which in this case might escape most beholders – than from its extremely limited range (possibly just a single cave). Mussels and other molluscs, slender geckos, a spiny eel, a gilded toad and the delightfully named Ywangan crocodile newt are among the other new finds.

Recently discovered in eastern Myanmar, this new species of slender toad, Ansonia kyaiktiyoensis, is the westernmost example of its genus. Credit: Evan Quah

Any country that serves up a list of one hundred new species within a ten-year timeframe – bookended, to boot, by a brace of mystery monkeys – clearly merits close conservation attention. In the case of Myanmar, that need is all the more urgent given the extent to which the country’s resources are already being exploited by outside interests.

All these species – from freshwater mussels in Myanmar’s largest river to karst-dependent geckos on their isolated limestone outcrops– face a barrage of threats including illegal logging, hunting, agricultural encroachment, ill-conceived infrastructure development and indiscriminate quarrying. 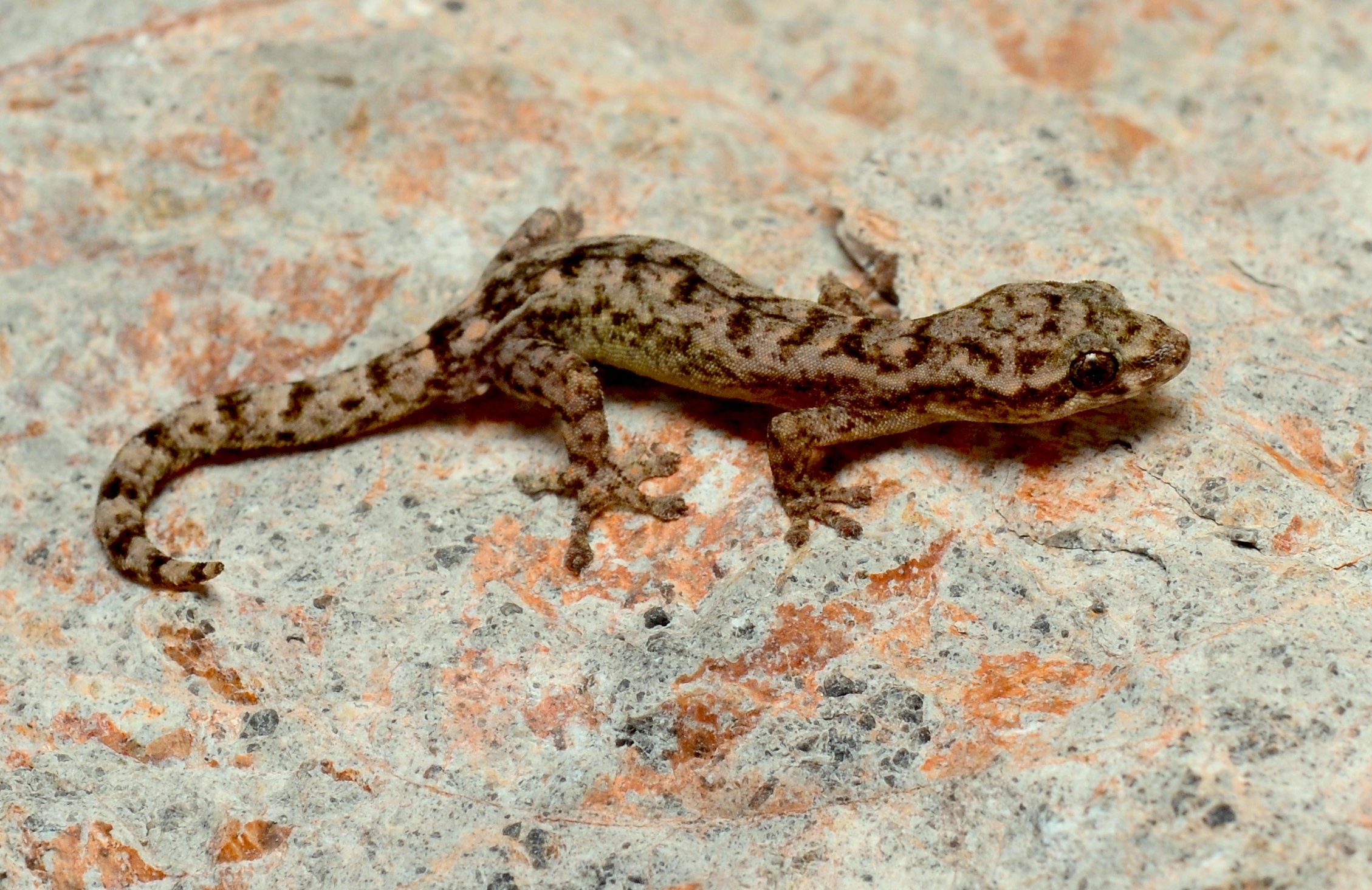 Named in honour of the late Tony Whitten – tireless champion of cave critters worldwide – this dwarf gecko species, Hemiphyllodactylus tonywhitteni, may well be confined to the single limestone outcrop where it was discovered. Credit: Evan Quah

The good news is that a new protected area has already been created to help safeguard the Myanmar snub-nosed monkey and its habitat, but much remains to be done to ensure that other, less newsworthy, species benefit from similar protection measures.

At this time of uncertainty, our thoughts are with our staff and local partners in Myanmar, and with the communities they continue to engage with. FFI is accustomed to operating in countries during periods of political crisis, and we are committed to finding a way forward in these turbulent times, in order to ensure that biodiversity conservation remains high on the government’s agenda.

From charismatic monkeys to cave molluscs, every
one of Myanmar's myriad species represents a vital
thread in the rich tapestry of life. Please support
our vital efforts to stop those threads unravelling.