Within the space of less than a month, two specimens of a vanishingly rare fish have been plucked from the waters of the Rioni River in Georgia.

Before these two juveniles were caught, conservationists had expressed fears that the critically endangered ship sturgeon might have already sunk without trace. This extraordinary, other-worldly fish – whose evolution dates back hundreds of millions of years – had not been seen alive in the wild for many years.

A lack of solid scientific research on the species means that very little is known about the ecology and distribution of the ship sturgeon, but no one disputes that it is in deep trouble. In that context, the capture of two juvenile fish in quick succession, each estimated to be less than three years old, is extremely exciting news, raising the prospect that this elusive and gravely imperilled species might still be reproducing in the Rioni.

Sturgeons were once widespread throughout Europe, but have been virtually wiped out by a lethal combination of overharvesting, poaching and the loss of traditional spawning grounds to habitat destruction. The Rioni is one of the last three remaining refuges of these dwindling denizens of the Danube and the continent’s other great river systems. Remarkably, it still harbours breeding populations of several sturgeon species. 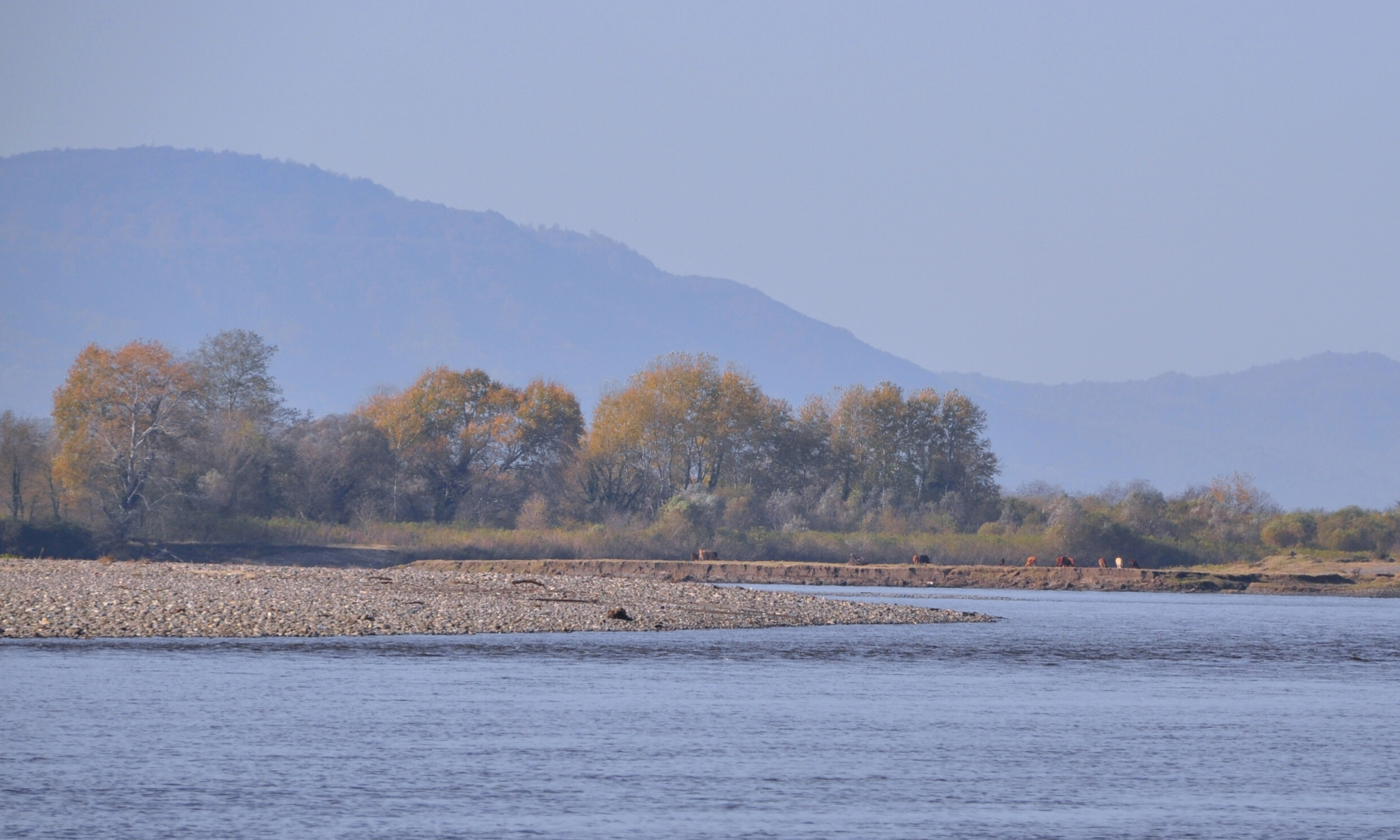 GEORGIA ON OUR MINDS

The first evidence of recent reproductive success came in 2018, when a tiny juvenile fish – tentatively identified as a stellate sturgeon – was caught by two female students working full-time for Fauna & Flora International (FFI) on a pilot project launched earlier that year in an effort to safeguard Rioni’s remaining riches.

Since conducting what were the very first baseline studies for sturgeons in Georgia, FFI and our in-country partners have set about combating the threats to their survival, in particular poaching and illegal trade. We have established monitoring teams comprising ‘citizen inspectors’ drawn from communities along the river, whose role is to inform governmental agencies about incidences of poaching. FFI works closely with these communities – from schoolchildren to fish traders – to raise awareness of the plight of the sturgeons in the Rioni – and their global importance.

With support from the Swedish Postcode Lottery, US Fish and Wildlife Service and our own Species Fund, the FFI research team continues to work on the river from early spring to autumn, gathering vital data on sturgeon recruitment and genetic diversity in Georgia’s territorial waters. In collaboration with Ilia State University, we collect samples from any captured sturgeons for genetic analysis, in order to aid identification and shed light on which species still survive in the Rioni.

Ironically, both ship sturgeons were accidentally captured by surprised anglers, the first in mid-March, and the second just three weeks later. All sturgeon species in Georgia are officially protected, and commercial fishing on the Rioni is severely restricted, but sport fishing with rod and line is permitted, provided that anglers release any sturgeons they catch.

The fact that both anglers contacted one of FFI’s citizen inspectors immediately after catching the juvenile sturgeons – thereby enabling photographs and samples to be taken before the fish were returned to the river – is a success story in itself, vindicating FFI’s efforts to engage with nearby communities and engender local support for the project.

A week after the second ship sturgeon was caught, the river yielded a third juvenile, this time captured by the FFI team and provisionally labelled as a Colchic sturgeon – although hybrids are known to occur and can be difficult to differentiate from the real deal without detailed analysis. 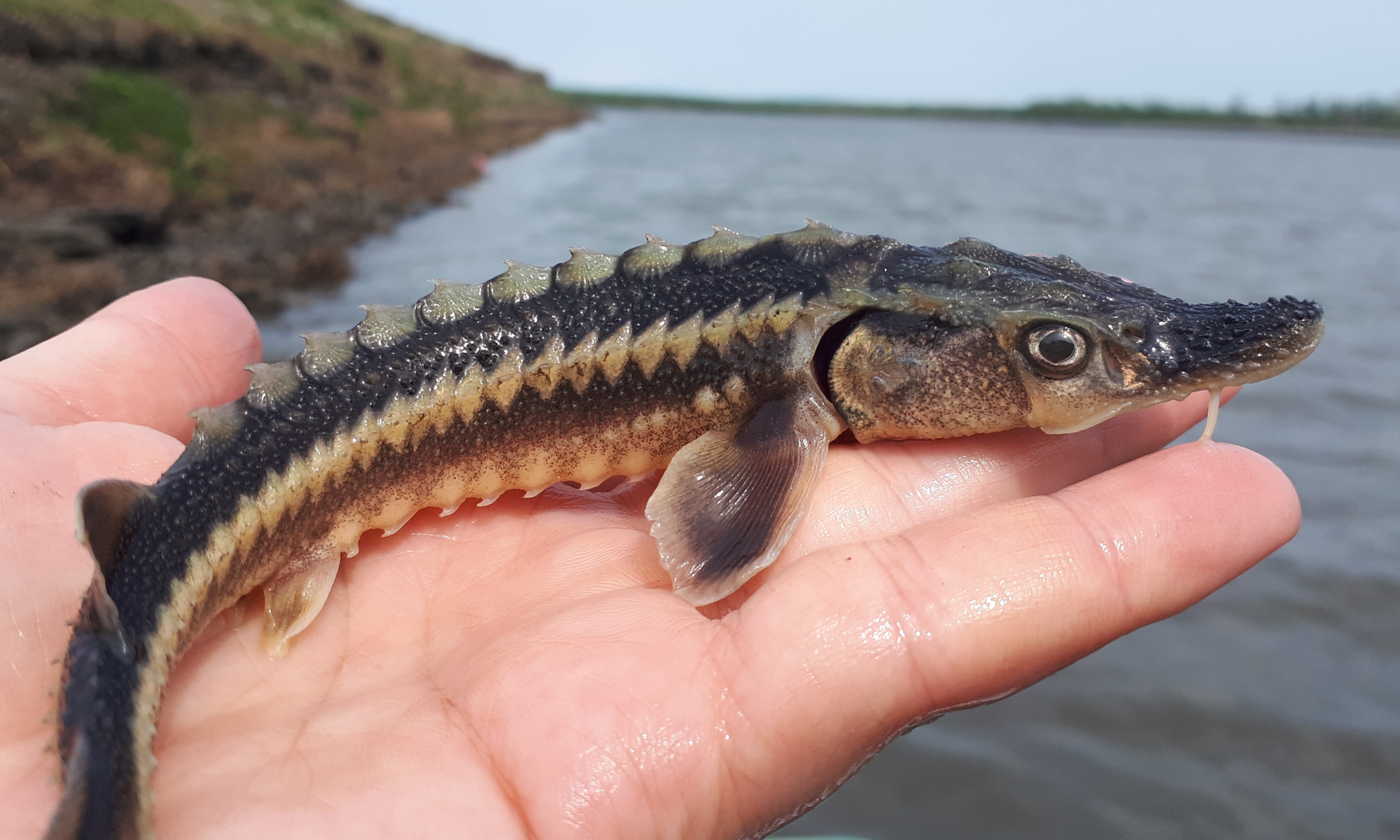 Another juvenile – believed to be a Colchic sturgeon – completed the trio of young fish caught within the space of a few weeks. Credit: Tamar Edisherashvili/FFI

While the ichthyologists may be agonising over the idiosyncrasies of sturgeon subcategories, one thing is certain: the latest revelations provide further irrefutable evidence that the Rioni is an absolutely crucial sanctuary – and possibly the last hope – for these armour-plated icons of the fish world.

Further studies will be required before we can confirm categorically that the ship sturgeon is still spawning in Georgia’s mightiest river, but it seems that there could be light at the end of the tunnel. Unfortunately, that glimmer of hope is in imminent danger of being snuffed out.

A significant new threat to the survival of Georgia’s sturgeons has recently surfaced. The proposed development of several hydropower plants upstream from our project site could have a potentially disastrous impact on the Rioni – and put paid to the recovery prospects of its flagship fish species.

We risk having to bear witness to the tragedy of a rediscovered species being pulled back from the brink of extinction by conservationists only to be knowingly pushed over the precipice in the name of economic progress. Let’s hope that day never arrives.

Fish out of time?

Europe's sturgeons have been pushed to the brink by
overharvesting, poaching and illegal trade. But there
is still a chance to reverse their decline if we act now.