Where have all the flowers gone? And why is their universal popularity not matched by a universal outcry about their continued decline? It’s a question that exercises us on a regular basis at Fauna & Flora International (FFI), usually when some permutation of our name appears in the press. We have been called many things in our time, but Flora & Fauna International is a perennial favourite. The subliminal message, clearly, is that it’s high time we put flora first.

You may think that it’s stretching the bounds of credibility to put tulips in the neglected species category, but don’t let the worldwide appreciation for an iconic spring flower lull you into a false sense of security. As we’ll see, global adoration for domesticated tulip varieties doesn’t necessarily translate into concern for their wild relatives.

And tulips are not alone in that regard. Some of the world’s foremost floral stars are in deep trouble in their countries of origin. Here in the UK, magnolia blossom is a glorious sight right now. But while we’re busy admiring this harbinger of spring through western-tinted glasses, many magnolia species in their native Vietnam are clinging to survival by their root tips, a crisis that FFI is helping to address.

Many of the wild ancestors of the ubiquitous iris and other familiar garden bulbs are enduring a similar crisis in a South African flower hotspot. Renosterveld supports the highest diversity of bulbous plants in the world, but is one of the most degraded, mismanaged and threatened ecosystems on the planet. 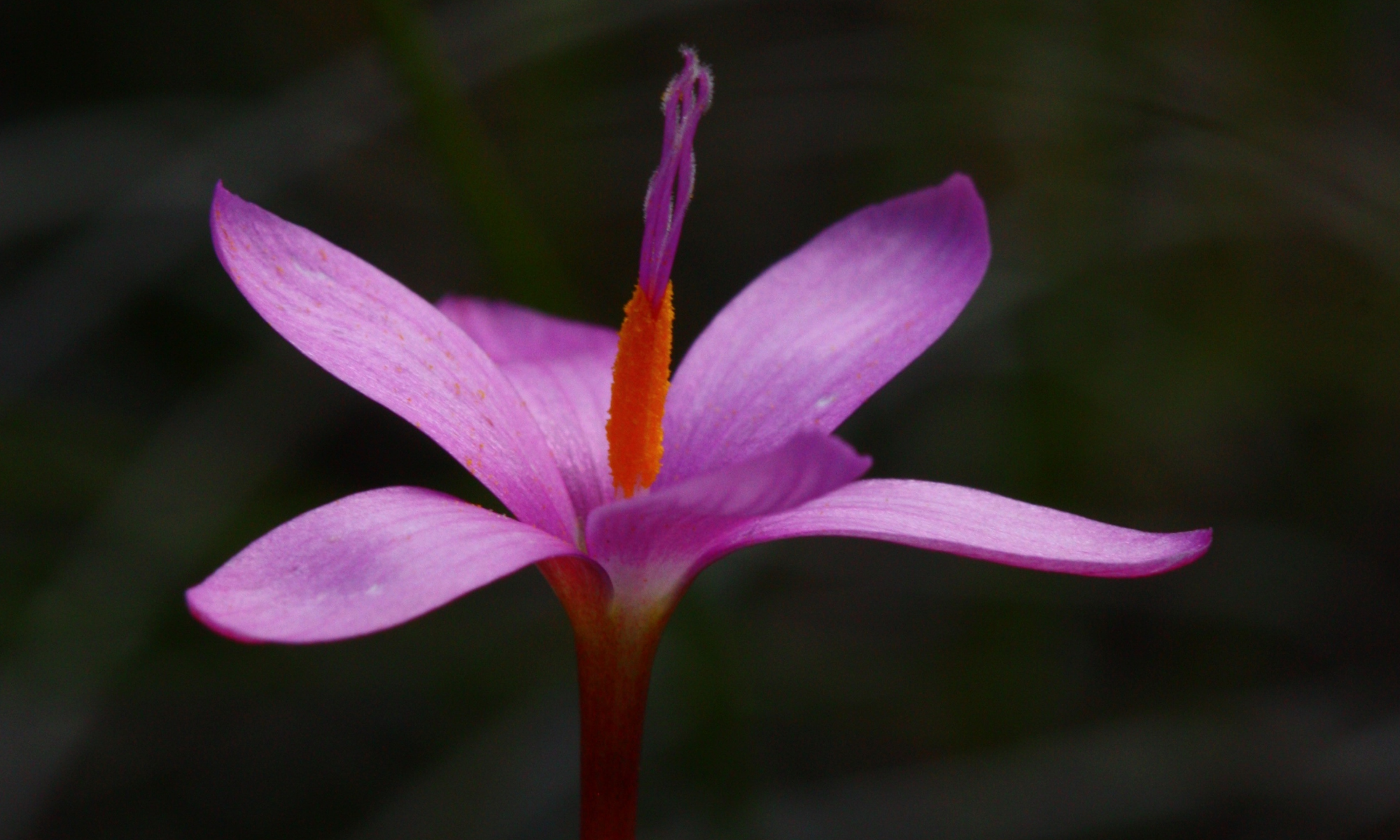 This recently discovered species of iris, like many of the flowers that share its renosterveld habitat, is threatened with extinction. Credit: Odette Curtis/Overberg Lowlands Conservation Trust

Meanwhile, wild orchids throughout the tropics are continuing to feel the heat as their populations are plundered and illegally traded to satisfy the burgeoning demand for exotic hothouse flowers. FFI has plans to assess the extent and impact of trade in pitcher plants and orchids in Indonesia later this year.

But we’re here to talk about tulips.

Most wild tulips hail from the mountainous regions of Central Asia, and Kyrgyzstan tops the tulip charts with at least 27 species – over a third of the global total. Tulips have tremendous cultural significance in Kyrgyzstan, where they feature in urban displays and within the designs of traditional handmade carpets. One of the local superstars vying for top billing is the stunning Greig’s tulip, which is highly prized by cultivators.

In traditional tulip hotspots, the mountain slopes are shrouded in a glorious technicolour blanket. Sadly, these spectacular spring displays are in danger of being consigned to the history books. Despite their global popularity, wild tulips are threatened with extinction. Eleven species are included in Kyrgyzstan’s Red Data Book, an official record of the country’s most endangered flora and fauna. 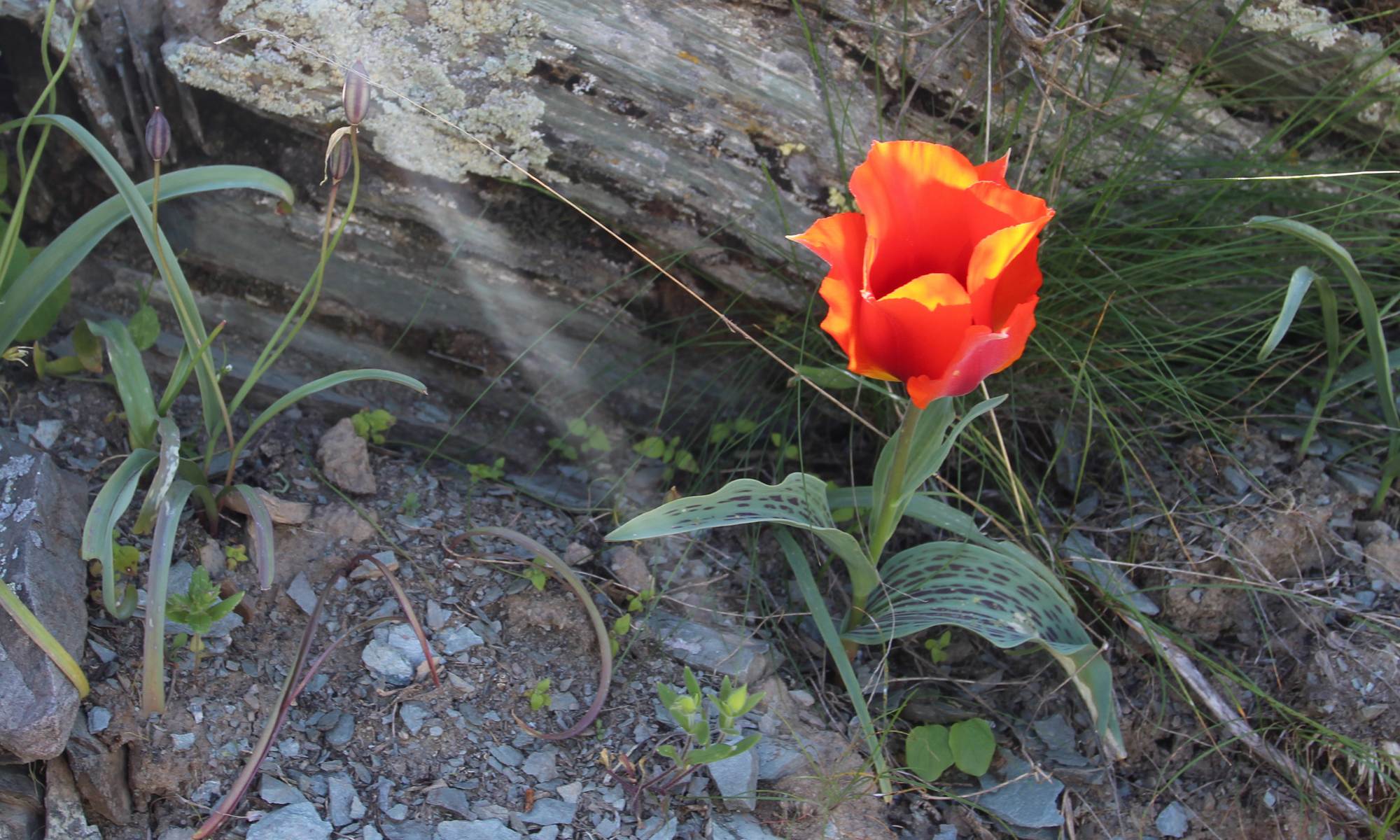 Greig’s tulip, one of the eleven tulip species deemed to be in danger of extinction in Kyrgyzstan. Credit: Ormon Sultangaziev/FFI

Among a growing list of threats, the most visible is overgrazing and trampling of their native habitat by livestock. Pastoralism is an integral part of mountain life, but the local communities themselves recognise that livestock numbers have long since reached unsustainable levels. Urbanisation, overharvesting of cut flowers and mining activities are adding to the pressure on the remaining tulip populations.

The montane grasslands of Kyrgyzstan are globally important for biodiversity, harbouring large numbers of endemic plants, but this entire ecosystem is suffering. Tulips are the floral equivalent of the canary in the coal mine. Their decline serves as an early-warning sign that all is not well, and we would do well to heed that warning, not least because a new and more insidious threat is now gathering unstoppable momentum.

All tulip species are destined to lose whole tracts of native suitable habitat area as a result of runaway climate change. A warming world is bad news for wild tulips. Unlike their animal counterparts, these cold-adapted flowers cannot move further up the mountain slopes to escape the heat. A recent paper reported that even those tulips least affected by climate change will lose over half of their current habitat within the next 30 years. 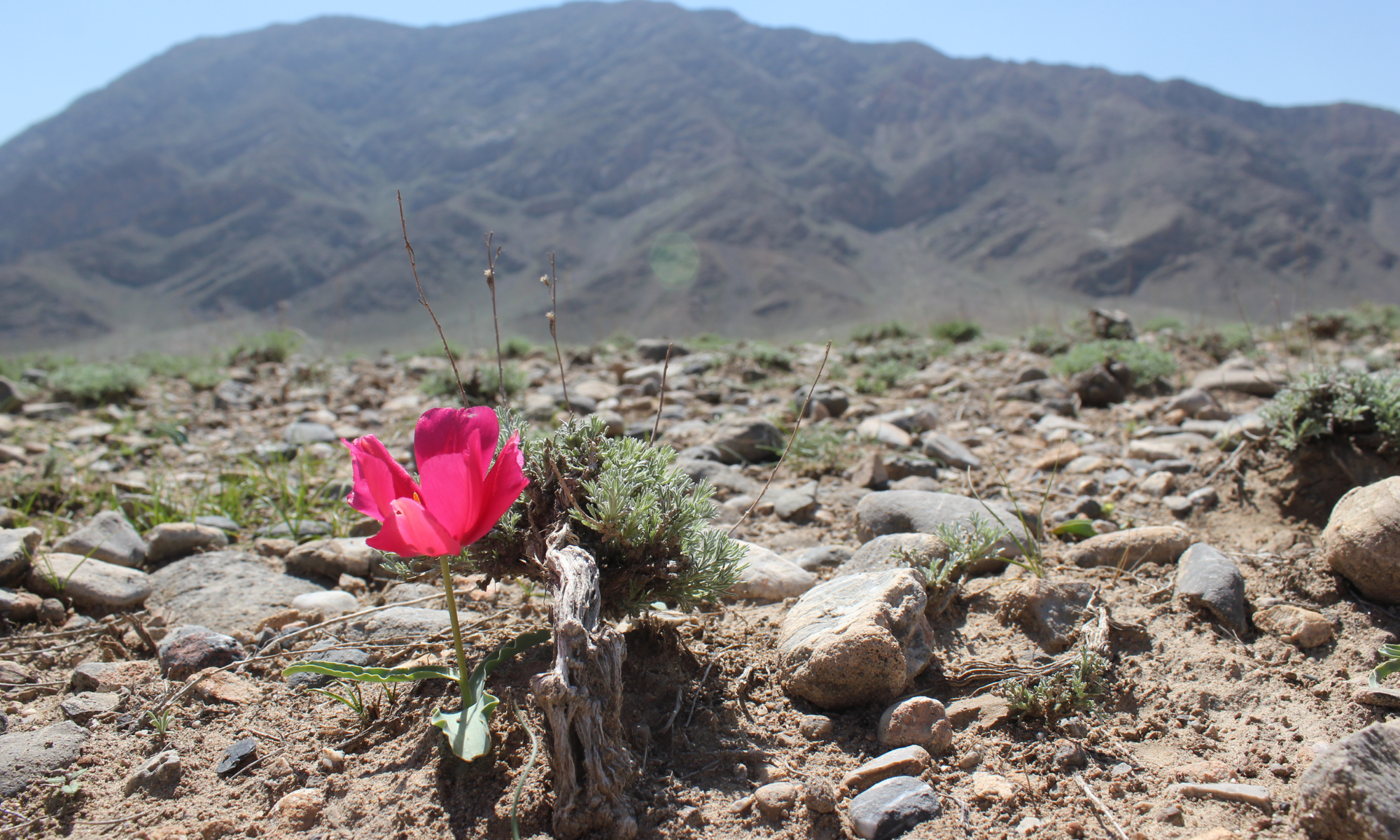 Wild tulips are perfectly adapted to their montane habitat, but are not equipped to survive abnormal fluctuations in temperature. Credit: Brett Wilson

The existing protected area network does not provide adequate coverage for most tulip species, particularly those with a very limited range, and under future climate scenarios this is likely to be exacerbated. Given the regional distribution of the tulips that are most at risk, transboundary collaboration is going to be key to their conservation, and to the survival of other montane specialists.

For the past two years, FFI has been working with Cambridge University Botanic Garden and local partners in Kyrgyzstan to survey and protect the high-altitude pastures that harbour wild tulips and other threatened flora. Described by Jarkyn Samanchina, head of FFI’s Kyrgyz programme, as “one of the most exciting projects that we have ever worked on,” this bulb-friendly initiative was first mooted as far back as the millennium but didn’t see the light of day for almost ten years. That’s how long it took to secure funding.

A decade-long search for donors could easily have been demoralising, but experience has taught us that fundraising for floral species is a notoriously difficult ‘sell’ and we continued, undaunted, until our perseverance was finally rewarded. With support from the UK government’s Darwin Initiative, we are now making up for lost time, engaging with pastoralist communities to develop solutions to overgrazing that help preserve local traditions while protecting threatened flora and their fragile habitat.

Our wild tulip work in Kyrgyzstan is a prime example of the pioneering work undertaken by FFI on behalf of species and ecosystems – and neglected regions – that might otherwise fall through the cracks. As well as ensuring that people are plugged in to the plight of our precious bulbs, we are shining the spotlight on other Kyrgyz species that are in danger of fading away unnoticed, from saker falcons and steppe tortoises to Menzbier’s marmot. The clue is in our name.

For pollinators.
For people.
For the planet.

Plant diversity is fundamental to life on Earth.
Join us in calling on global governments to invest in nature.