Missing poisson – The quest to save Europe’s rarest fish

The little-known asprete, possibly the rarest fish in Europe, is now officially a little less rare following a series of surveys last month led by the Alex Găvan Foundation, in partnership with Fauna & Flora International (FFI).

The largest inventory of the species since its discovery in 1956 has just recorded 58 individuals in Romania’s Vâlsan River, the one-and-only refuge of this critically endangered fossil fish, which may have been around since the time of the last dinosaurs. 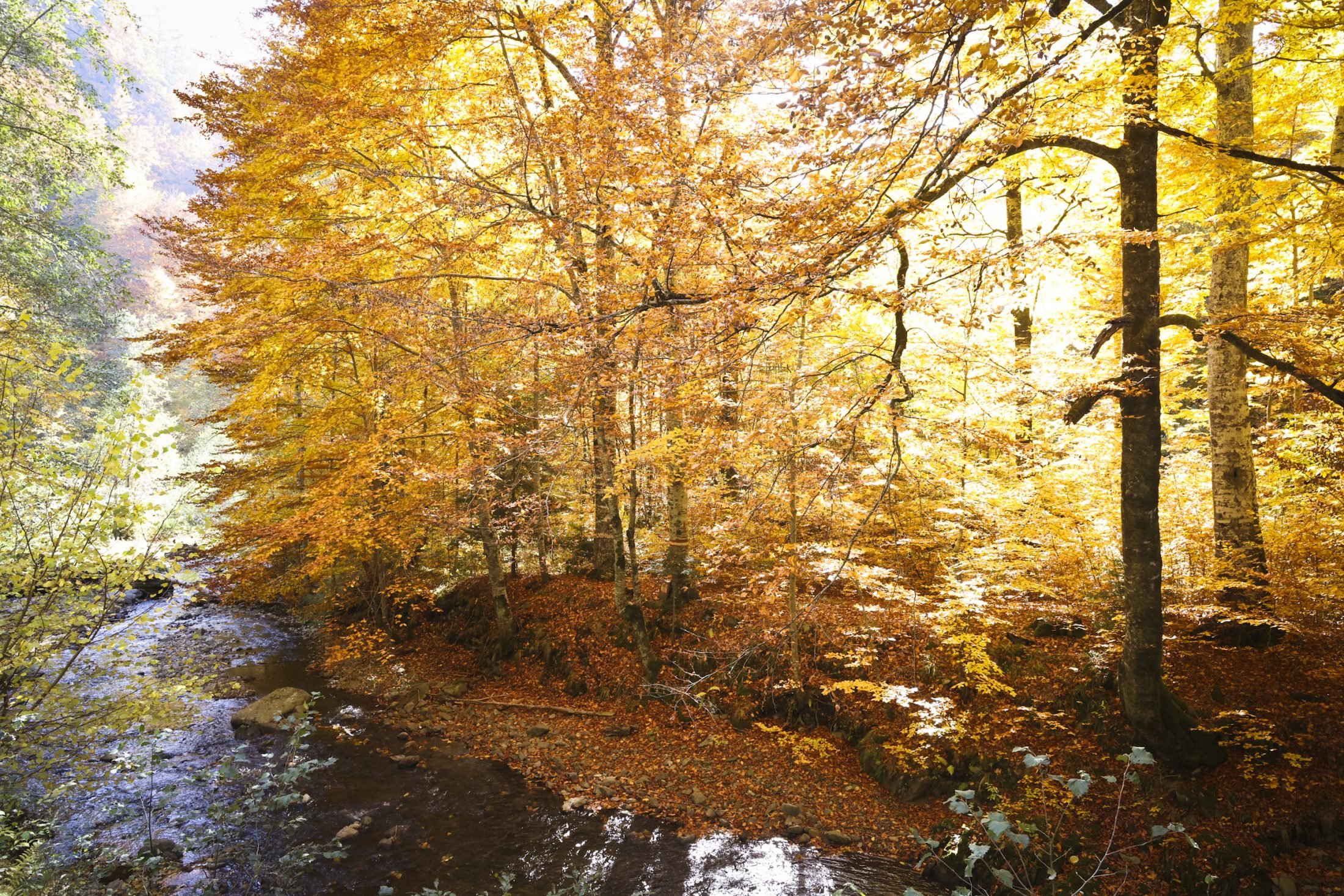 Not since the mid-1960s has the asprete been found in such numbers. Until now, the maximum count this century had been a mere dozen fish, and many recent surveys had drawn a complete blank, leading experts to fear that the tide of extinction might have swept away the asprete forever. When its existence was reconfirmed in 2020, it made headline news. In that context, the latest findings, which included juvenile fish that hint at a reproducing population, are a tremendous boost for the species.

The survey teams, which included nine ichthyologists – fish biologists to you and me – covered 21 separate stretches of the river, and recorded asprete in 14 of those watery transects. While the mathematical modelling is still not finished, experts estimate that the total population could be several hundred strong, which augurs well for the prospects of a proposed captive-breeding programme, the success of which could hinge on genetic diversity.

Trio of scientists combing a stretch of the Vâlsan River during the asprete survey. Credit: Alex Găvan

Nevertheless, this remarkable Romanian rarity remains critically endangered, and the threats to its long-term survival loom larger than ever.

Before the Covid-19 pandemic, Mircea Marginean, one of FFI’s field biologists in Romania and a very keen ichthyologist, was making the case that Europe’s most endangered fish was at grave risk of extinction and that urgent intervention was required.

Those concerns have long been shared by Alex Găvan, a renowned high-altitude climber and ardent conservationist. Alex grew up in the very same valley that harbours the only asprete population on the planet and has made it his life’s mission to save this legendary living fossil. 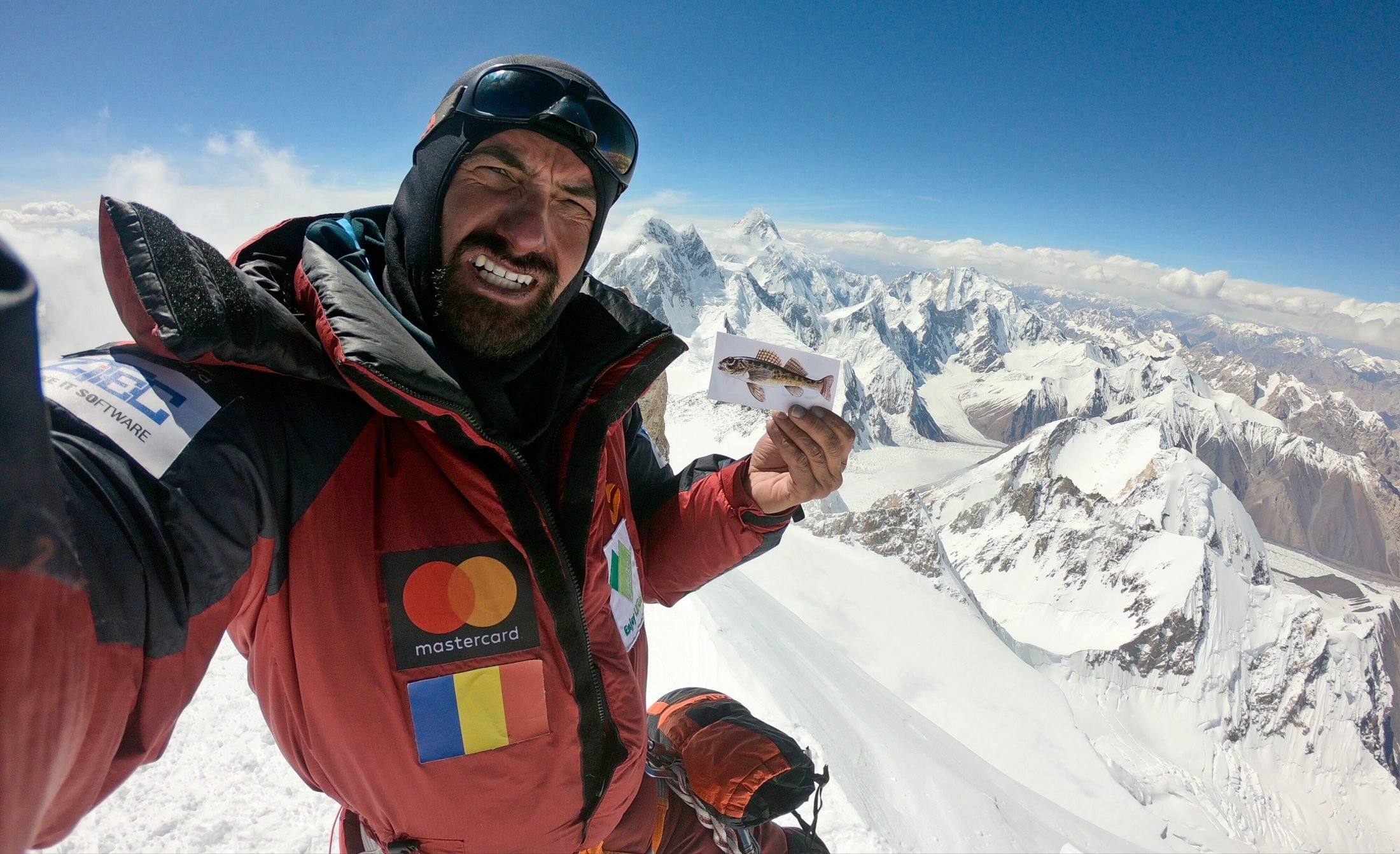 Alex Găvan on a peak in the Himalayas holding up a postcard to highlight the plight of the asprete. Credit: Alex Găvan

Led by the Alex Găvan Foundation, with support from FFI, the latest surveys were undertaken as part of wider efforts to bring the asprete back from the brink. It was through Mircea’s research and enthusiasm that FFI was introduced to Alex and his foundation some 18 months ago, at which point we worked together to help secure the grant that funded these surveys. We are continuing this fruitful collaboration into next year as further funding becomes available.

Why, we hear you ask, is this little fish such a big deal?

Firstly, it’s important in its own right. Pose that question to any of the scientists and citizens involved in the struggle to save the asprete from oblivion, and you’ll see a glint in their eye that leaves you in no doubt about its importance. Mircea was a member of the expedition team that conducted the surveys and he personally located a number of asprete. Just listen to what this meant to him: “Identifying a dozen asprete specimens in the seven sampling sites, out of a total number of 58 individuals, was for sure one of the biggest highlights of my life. It was a dream come true to work on this extremely rare fish species, which has fascinated me ever since I first learned about it back in college. Every species has the right to survive and thrive and having this endemic fish only in Romania makes it, in my opinion, a national symbol, something that our country can be recognised for worldwide in the biodiversity sector.”

Secondly, the asprete is a diminutive standard bearer for its threatened freshwater habitat. It acts as a fishy flagship for freshwater restoration and local community engagement in freshwater conservation. Given that one quarter of the world’s critically endangered species are freshwater species, that’s a vital contribution to the bigger picture.

The asprete is a valuable flagship species for the conservation of threatened freshwater habitats everywhere. Credit: Alex Găvan

Thirdly, it has a symbolic significance. In a world where extinctions are becoming so frequent that they are in danger of being greeted with a shrug of the shoulders, it’s a reminder that every species matters. Like the drops of water that make up our ocean, the ebb and flow of life on Earth operates as a unified whole in which the loss of even one species will leave many others high and dry.

That’s a point worth remembering as we pause to take stock between this year’s crucial climate and biodiversity conferences that, between them, could well decide the fate of the planet.

Bringing species
back from the
brink

Like the individual threads in a tapestry, every single species plays a crucial role in the bigger picture. Please support our vital work to protect the asprete and all the other irreplaceable and neglected species on the planet - before it’s too late.