Home to the tiny, critically endangered gecko that bears its name, Union Island is a largely unheralded wildlife hotspot in St Vincent and the Grenadines. One of the smallest and poorest islands in the Caribbean, it is disproportionately rich in biodiversity. Union Island has tremendous potential as a nature-based tourism destination, but many of its natural attractions have been under enormous pressure.

Responding to locally raised concerns, Fauna & Flora International (FFI) and Re:wild are working with in-country partners to address threats to the island’s incredible forests and the spectacular wildlife they harbour. When it comes to conserving this extraordinary biodiversity, one man epitomises the collective commitment and enthusiasm that has already brought about a dramatic improvement in the fortunes of the Union Island gecko and the island’s other unique species. 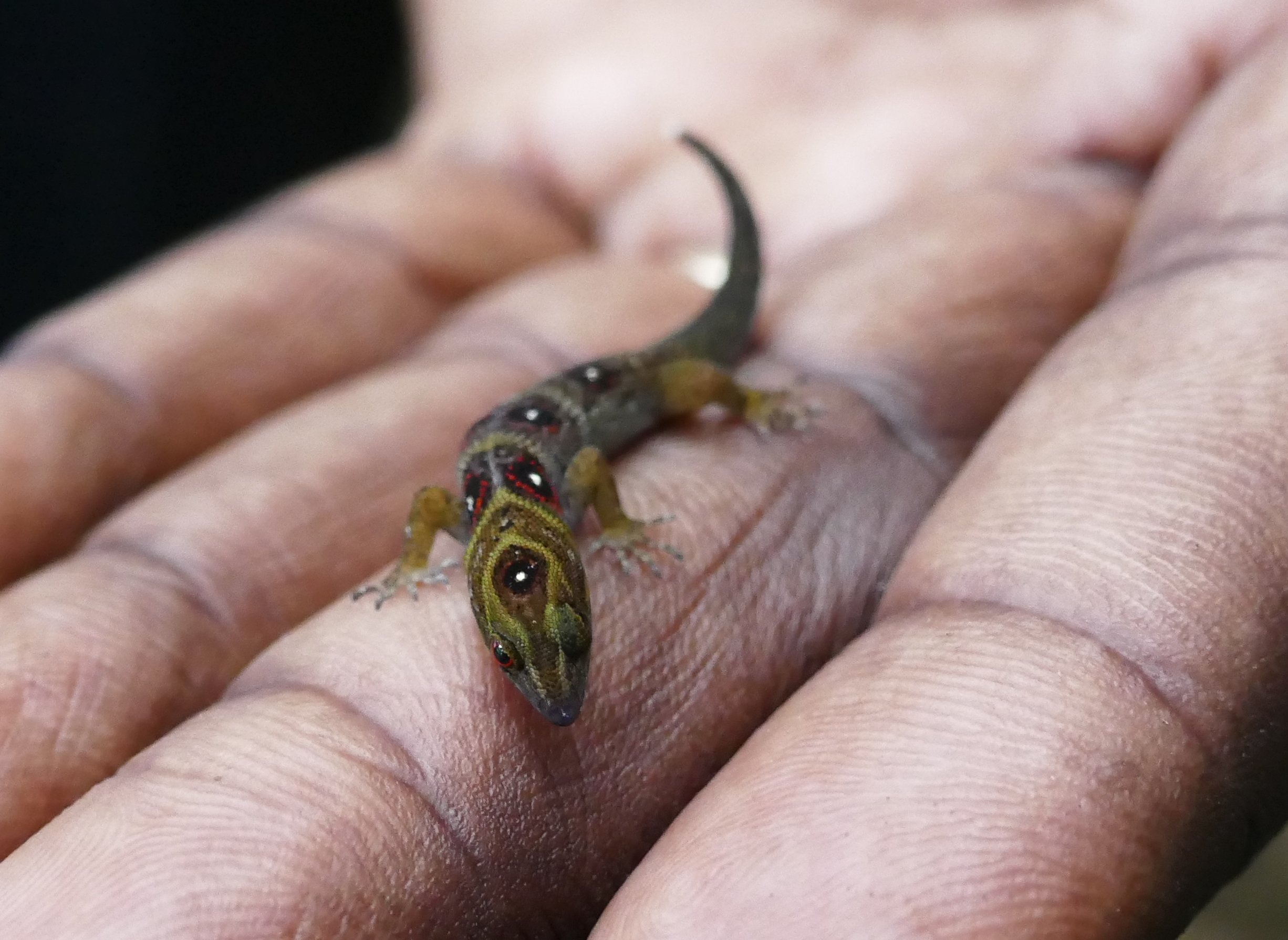 Roseman Adams, aka ‘Young Buffalo’, was born on Union Island. For many years he has run a computer business while also providing scenic and historical tours for visitors. Passionate about wildlife, he has devoted almost all of his spare time to environmental initiatives, including protecting and monitoring sea turtle nesting beaches and, since 2016, actively guarding the rare Union Island gecko from poachers. Roseman has inspired and led a dedicated team of local volunteers, and formed a band of full-time community wardens. He is one of the founders and leaders of the Union Island Environmental Alliance, a community-based organisation dedicated to conserving the island’s outstanding natural beauty and biodiversity. 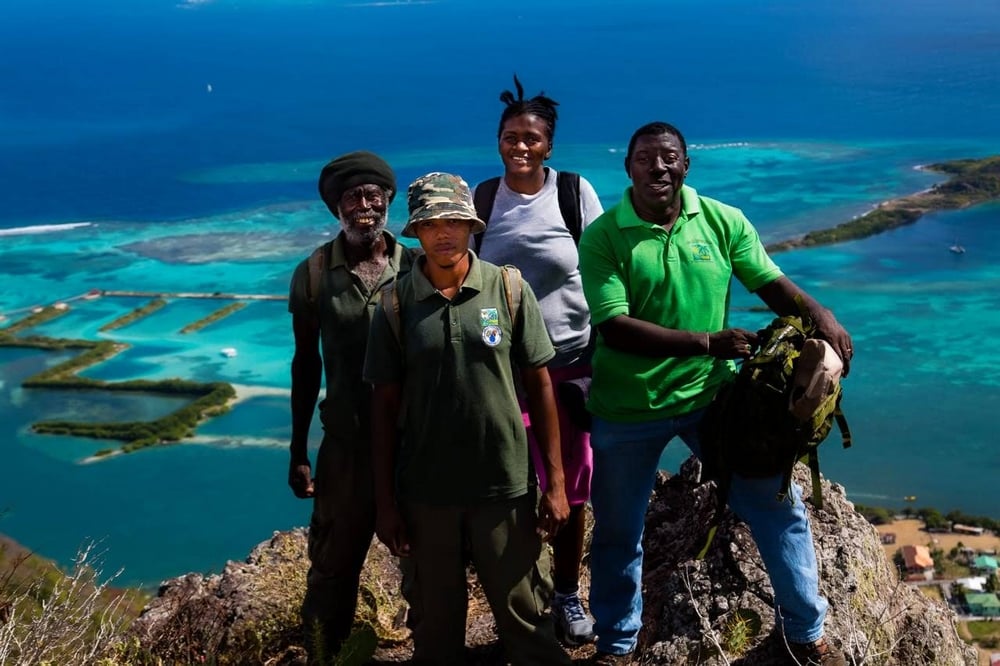 How did you first get involved with conservation on Union Island?

What interesting and unique species does Union Island harbour?

Union Island has the healthiest dry forest in the Caribbean and a number of species that are endemic to the island. We have the Union Island gecko, the Caribbean diamond tarantula, and the Grenadines pink rhino iguana that are found only here. We also have turtles that come to nest on our beaches including the critically endangered leatherback and hawksbill turtles, and the green turtle. 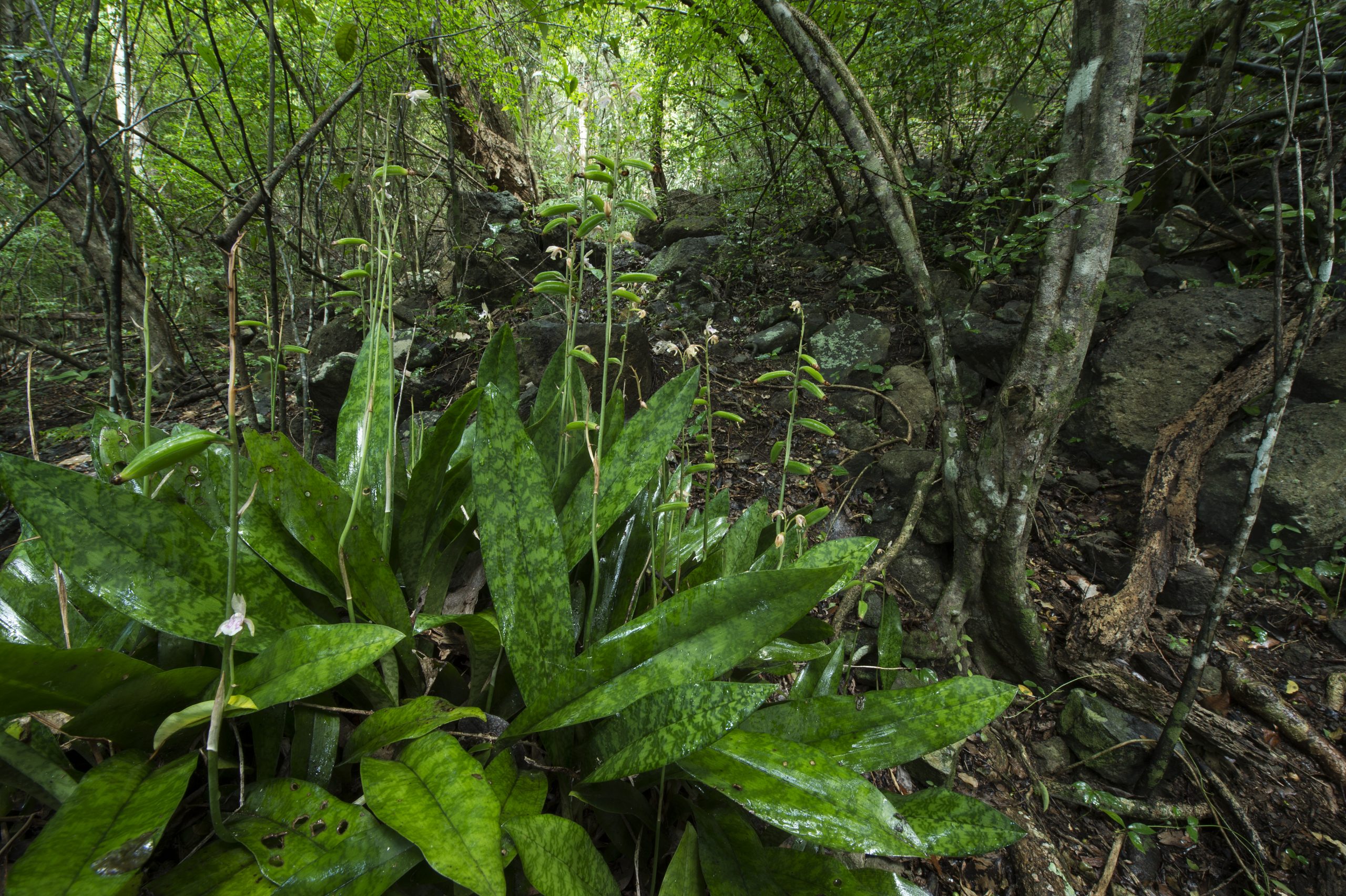 How are you working to protect these species?

I am one of the community rangers who patrols the forest. There are many people who come and try to poach from the forest and we have been able to reduce, if not stop it from happening. We are the ones who primarily go forward and try to protect what is here.

How have you engaged your community in conservation?

We have been able to successfully get the community involved through raising awareness and making sure that they understand what we have on the island, why it’s valuable and why it’s important to preserve it. 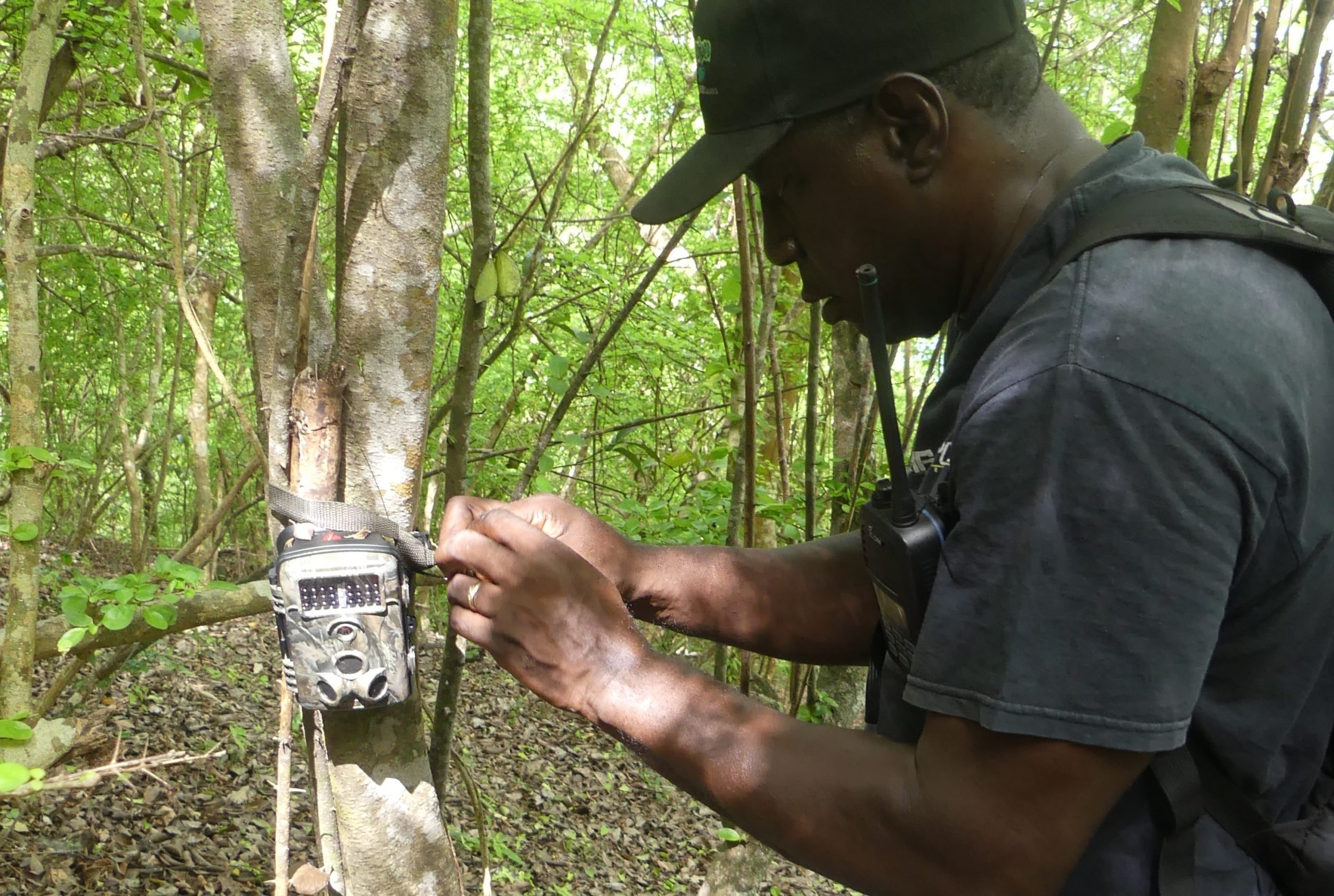 Roseman sets up one of the camera traps deployed to protect the Union Island gecko from potential poachers. Credit: Jenny Daltry/Fauna & Flora International

You’ve played an important role in protecting the Union Island gecko. What motivates and inspires you to protect the island’s wildlife?

I love doing it. I’m inspired every time I’m in the forest. The sounds, the ambiance, the fresh air, the scenery, it all inspires me. It makes me want to continue to do this and I understand how important it is for our island, for our country and for the world to have these species preserved. They have their use and they have their place in the ecosystem and so it is very important that we look after them.

You’ve worked to conserve the biodiversity of Union Island for many years. What would you consider to be your greatest achievement?

I’m proud of getting the Union Island gecko listed on CITES Appendix I, with the assistance of our partners FFI and St Vincent and the Grenadines Forestry Department. We’ve also been able to get turtles and parrotfish totally protected. But in my view, my greatest achievement is getting the community to become more aware and involved.

I’m inspired every time I’m in the forest. It makes me want to continue to do this and I understand how important it is for our island, for our country and for the world to have these species preserved. 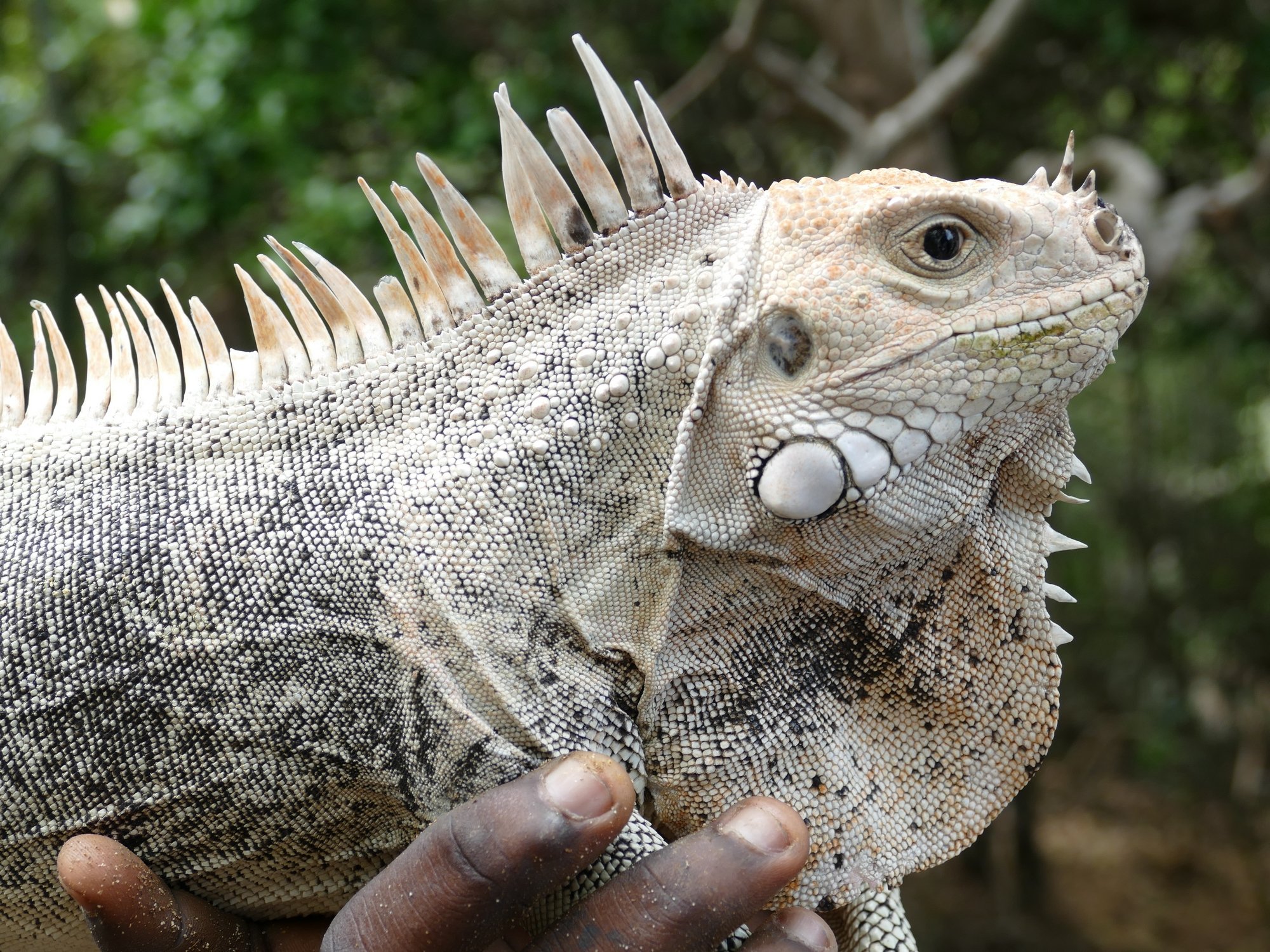 What are your hopes for the future of Union Island and its unique biodiversity?

I would love to see this island become the pioneer and leader in the conservation effort, especially with the unique species that we have and what is happening with climate change. I am hoping we can be the example to many out there in the world and that they too can start to do some of the things that we do to preserve and conserve nature.

Like the miniature gem of a gecko that serves as a flagship for the conservation of Union Island’s unique, irreplaceable species and habitats, this little-known haven of biodiversity in the Grenadines is a precious jewel in the Caribbean crown. Roseman Adams is just one among many dedicated stewards of this priceless natural heritage. All the people involved are doing sterling work to safeguard this nationally, regionally and globally important area against a barrage of threats, from poaching to environmentally insensitive development.

We're working with our partners around the world to save species from extinction. Like the pieces of a jigsaw, every last one of them is a vital part of the bigger picture. Together, we can help bring the world's endangered species back from the brink.

Please support our vital work today and help save our planet's irreplaceable biodiversity.