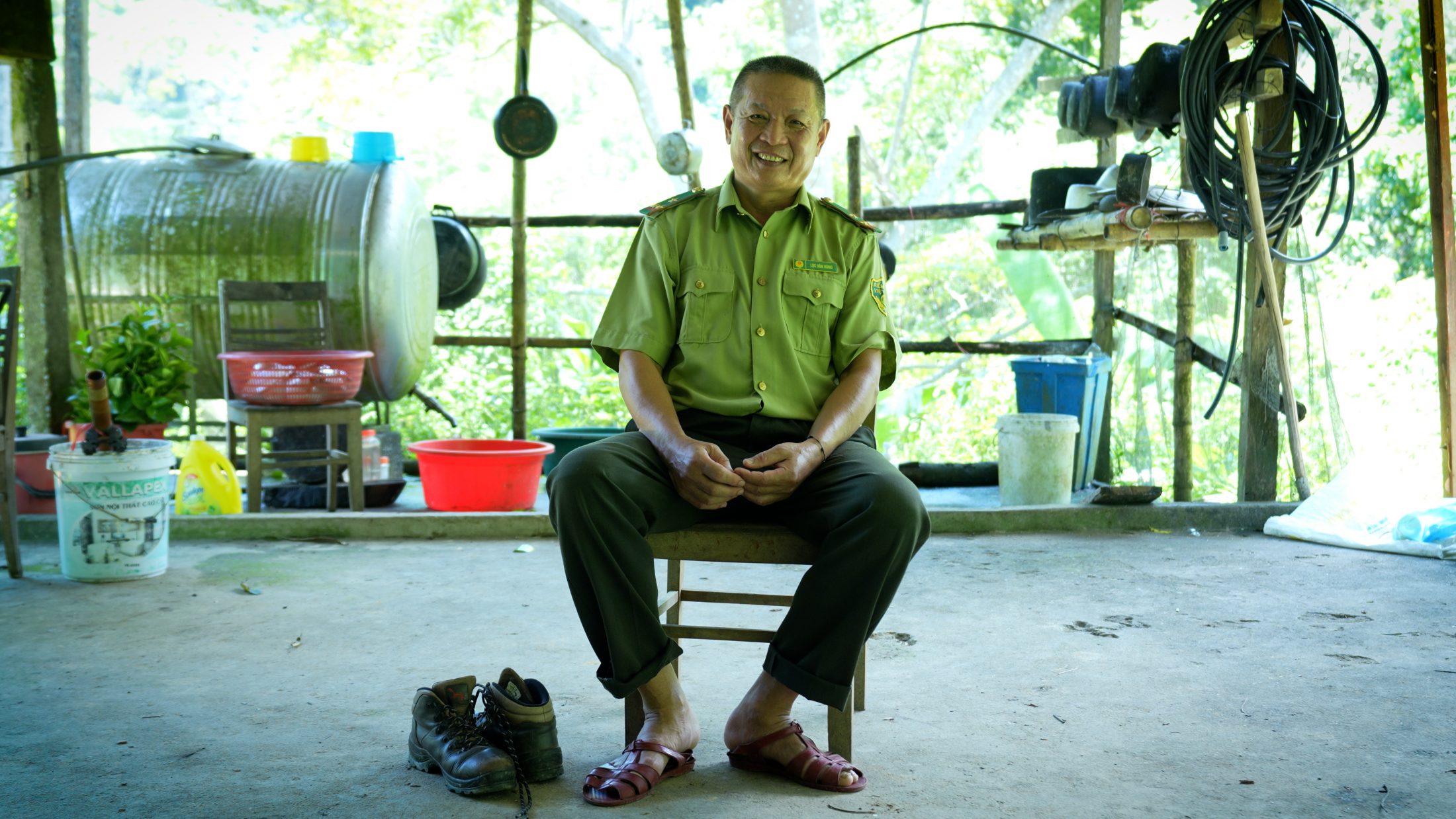 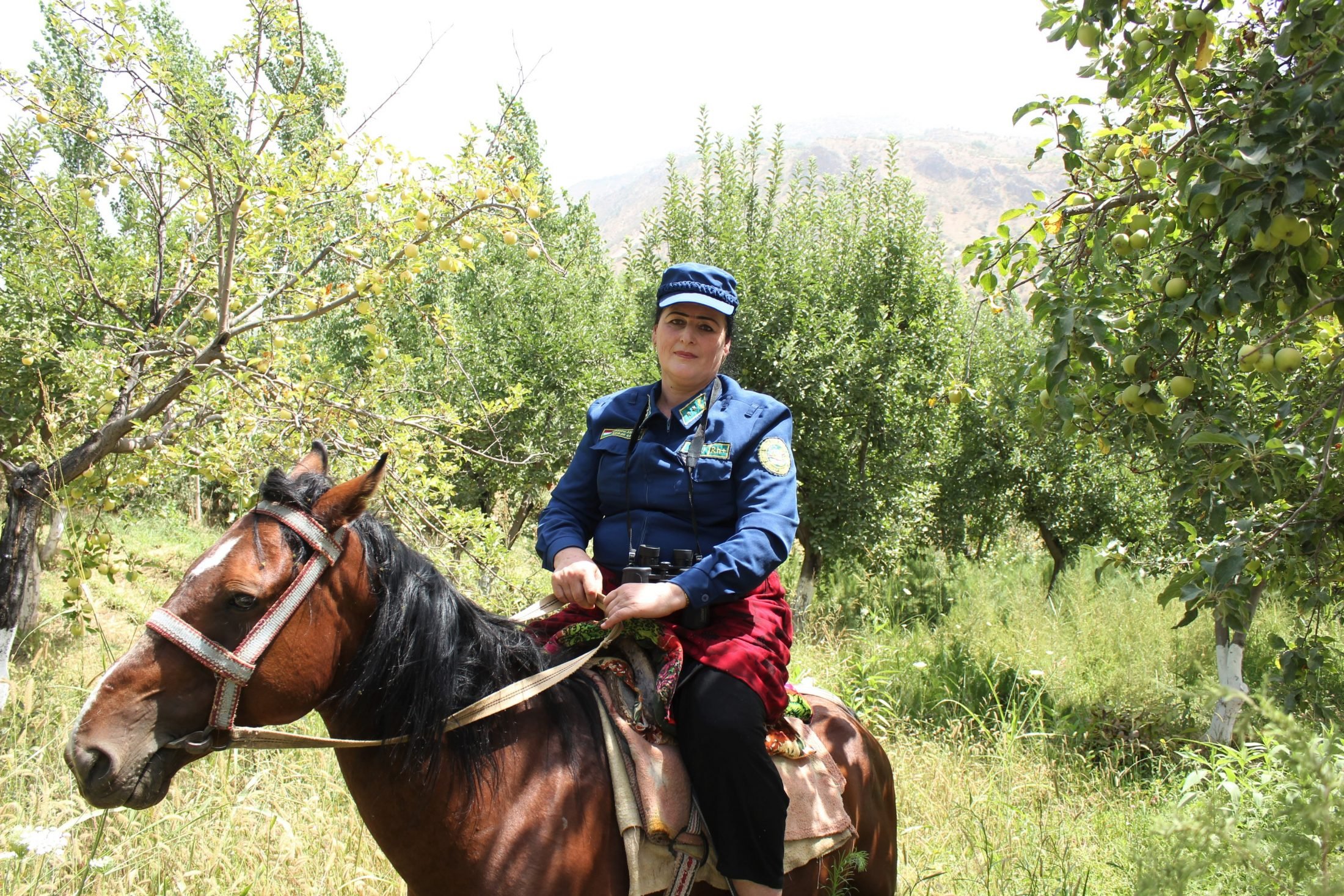 Scotland boasts over 16,000 kilometres of coastline and its bountiful inshore waters support a wealth of marine species and ecosystems, much of it vital to local livelihoods, but all too often its coastal communities have not been given a voice in how their seas are managed.

Fauna & Flora International (FFI) works closely with coastal communities and local NGOs to support their efforts to ensure a better future for Scotland’s marine riches. In 2014, when this engagement began, there was no forum for community-led collective action. In the intervening years, a host of Scottish community conservation groups have come together under the auspices of the Coastal Communities Network, which is helping to amplify local voices and ensure that policymakers take account of their views.

Friends of the Sound of Jura (FSJ) is one of the network’s 23 group members. Its chairman and lead coordinator, John Aitchison, is a wildlife filmmaker by profession, and a double Bafta and Emmy winner for his work as a nature documentary producer and cameraman. John lives in Argyll, on the west coast of Scotland, and devotes his limited spare time to representing the interests of FSJ. 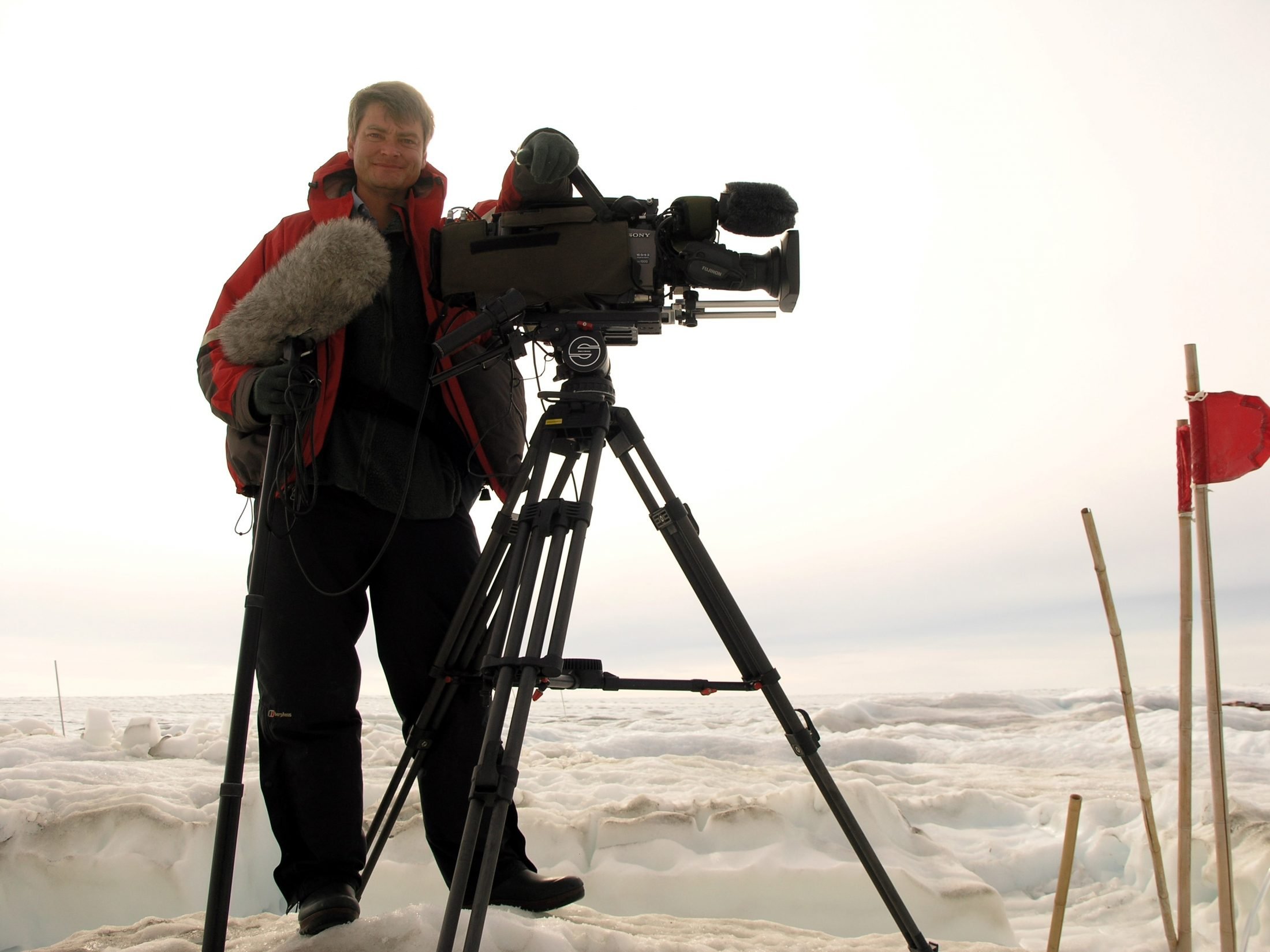 John is a seasoned wildlife filmmaker who has worked with broadcasters including BBC, National Geographic and Discovery Channel.

Under John’s leadership, FSJ and three other network groups achieved a Mission Blue “Hope Spot” designation for the Argyll Coast and Islands, the first of its kind within Scotland and mainland UK. This designation helps to safeguard marine protected areas, including vital habitat for basking sharks, Eurasian otters and the critically endangered flapper skate – the world’s largest skate. John’s humble and respectful nature, tenacity and inclusive approach have helped galvanise effective community action and led to numerous successes for marine biodiversity. His efforts were recently recognised by the Disney Conservation Fund, which named him among its 2021 Conservation Heroes. 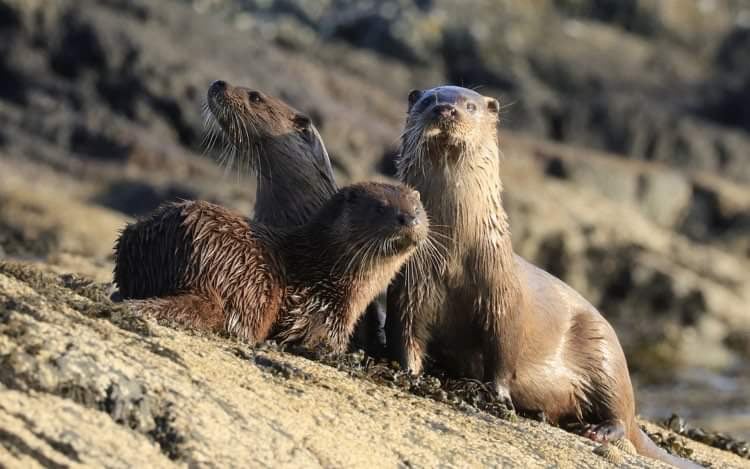 The bountiful coastal waters of Scotland’s Western Isles are a stronghold for the Eurasian otter. Credit: M L Aitchison

You’re the Chairman of Friends of the Sound of Jura (FSJ). What was the catalyst for setting up this group?

The group was set up a few years ago in response to a proposal for a very large industrial fish farm. The community here realised this would cause quite a lot of harm to the environment, so we decided to organise. We found out as much as we possibly could and pointed out the issues to the decision-makers involved. Gathering all that knowledge was a slow process, but the proposal for the farm was withdrawn. Although we’d succeeded, it left us realising how difficult it is to influence that sort of decision. We then understood that we could either wait until the next time a damaging proposal came along or we could try to build on what we had learned and get a better understanding, not just of fish farms, but of all the harmful things that are happening in our seas.

Why is it important to ensure the voices of Scotland’s communities are included in decision-making about the future of its seas?

Communities are closest to the places that matter to them and often know more about those places than the people making decisions. Groups of people who know an area best are well placed to see and document change over time. Our voices are important because they carry conviction and sincerity. 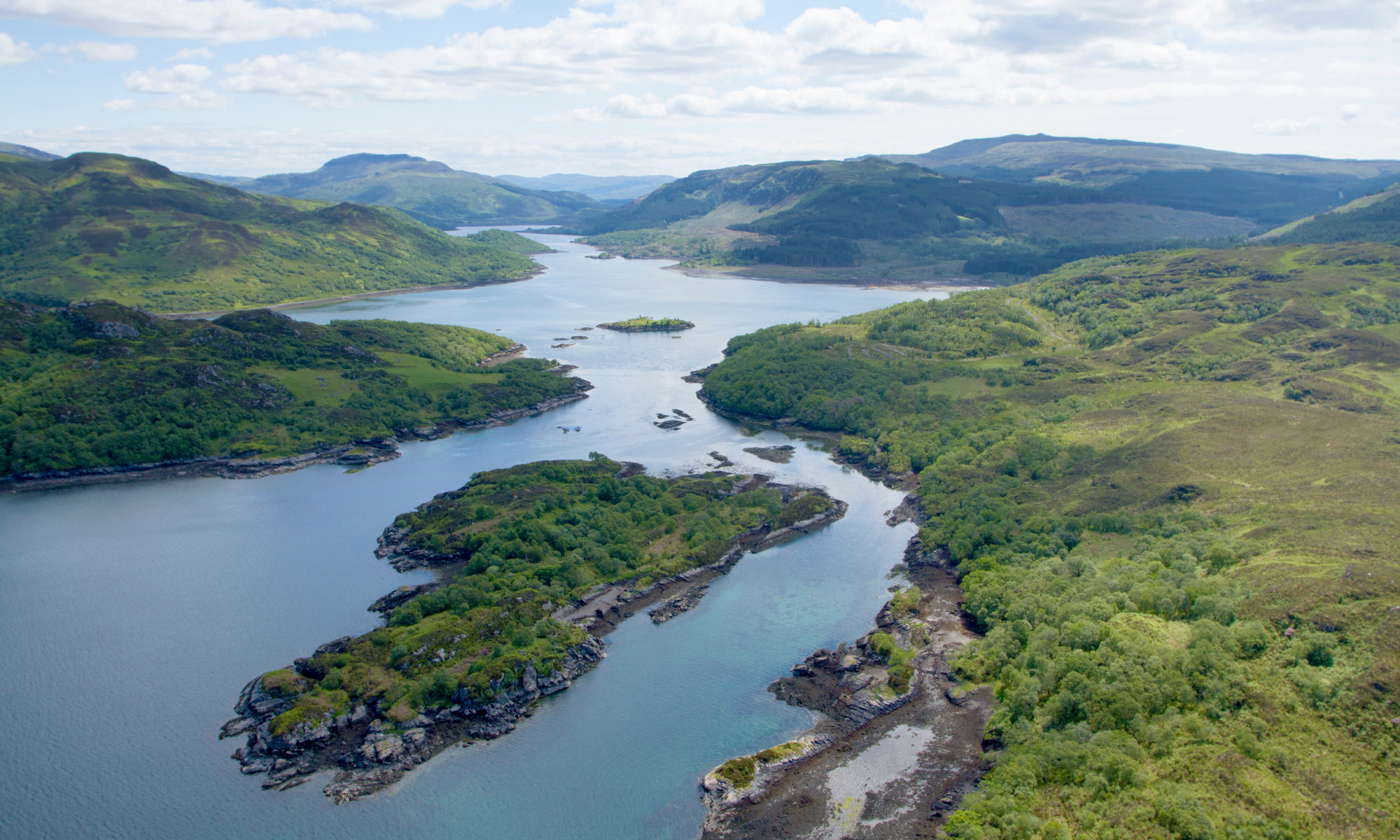 The Loch Sunart to the Sound of Jura Marine Protected Area, which constitutes most of the Hope Spot area, was created in 2014. Credit: John Aitchison

What has been your greatest achievement with FSJ?

By becoming well informed, never exaggerating and basing everything we say on fact and thorough research, our views, opinions and expertise have become respected by government agencies and politicians. As a result, we’re being sought out for advice and involvement. We’re now accepted as a valid voice in this space.

Do you feel hopeful about the future of Scotland’s seas?

There’s quite a long way to go and we’re nowhere near where we need to be. But the realisation that the problem is getting worse is growing, especially in young people, which is really encouraging. There is change under way and I think we’re helping to push that along in our small way.

As a filmmaker, you’ve travelled all around the world filming extraordinary species. Why are Scotland’s marine ecosystems so important?

In this part of Scotland there are a huge variety of marine species because of the geography. The landforms are varied and the coastline is very intricate. There are rocky cliffs, sandy beaches, seagrass beds, marshes and every kind of sea floor you can imagine. Additionally, we’re at the edge of an enormous continent where the sea is very rich in nutrients. All that diversity means our seas are home to all kinds of special plants and animals. 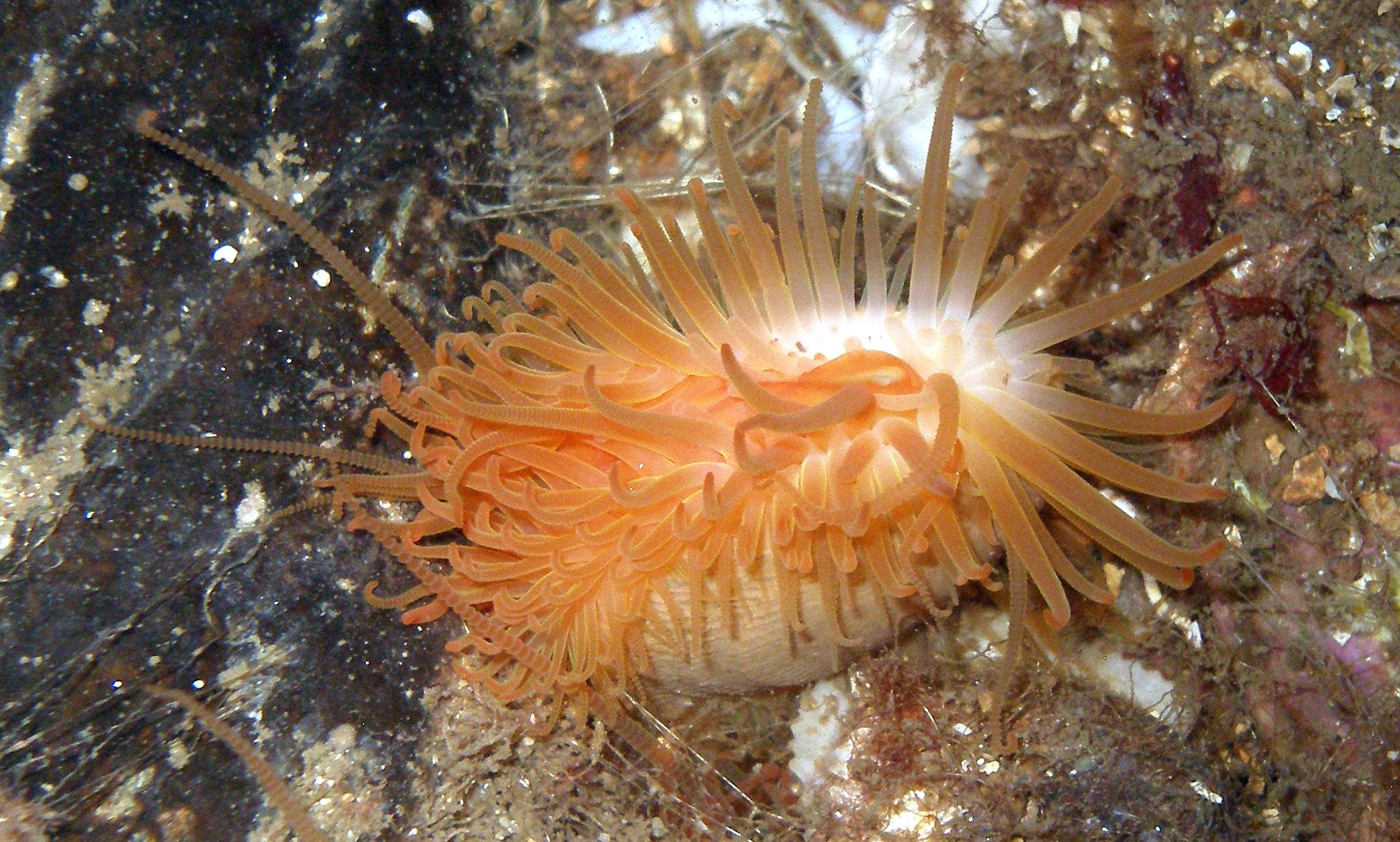 Flame shell beds are a Priority Marine Feature in Scotland’s seas and provide habitat for many other species. Credit: COAST

What work are you currently doing in the community to promote the protection of Scotland’s seas?

Among other things, we’re developing a primary school education package for the schools nearby. Many of the kids don’t know what’s under the water. Many of the adults don’t either. The goal is to lift the lid of the sea and show people what’s there and how remarkable it is.

You’ve had some wonderful successes with FSJ. What’s the organisation’s biggest barrier?

Institutional inertia. Most of what we do requires a change in policy from government and local authorities. There’s lots of fine words at the moment but getting that rhetoric converted into practical changes in the sea, where it matters, is the hardest thing. It takes time, I get that, but they’re talking in timelines which are not quick enough given the scale of the biodiversity and climate crisis.

What’s the most important lesson you’ve learnt from nature?

The more you look, the more you realise you don’t know. And what that means is that if you’re interested in it, it’s just the most wonderful thing for your whole life. Nature just gets more and more interesting, detailed and amazing.

John Aitchison is an inspiring spokesperson for the collective consciousness of Scotland’s coastal communities and a wonderful ambassador for the stunning seascapes and bewitching biodiversity on his doorstep, but he is just one of the many dedicated individuals who are speaking out and taking action to safeguard the marine resources on which their communities depend. 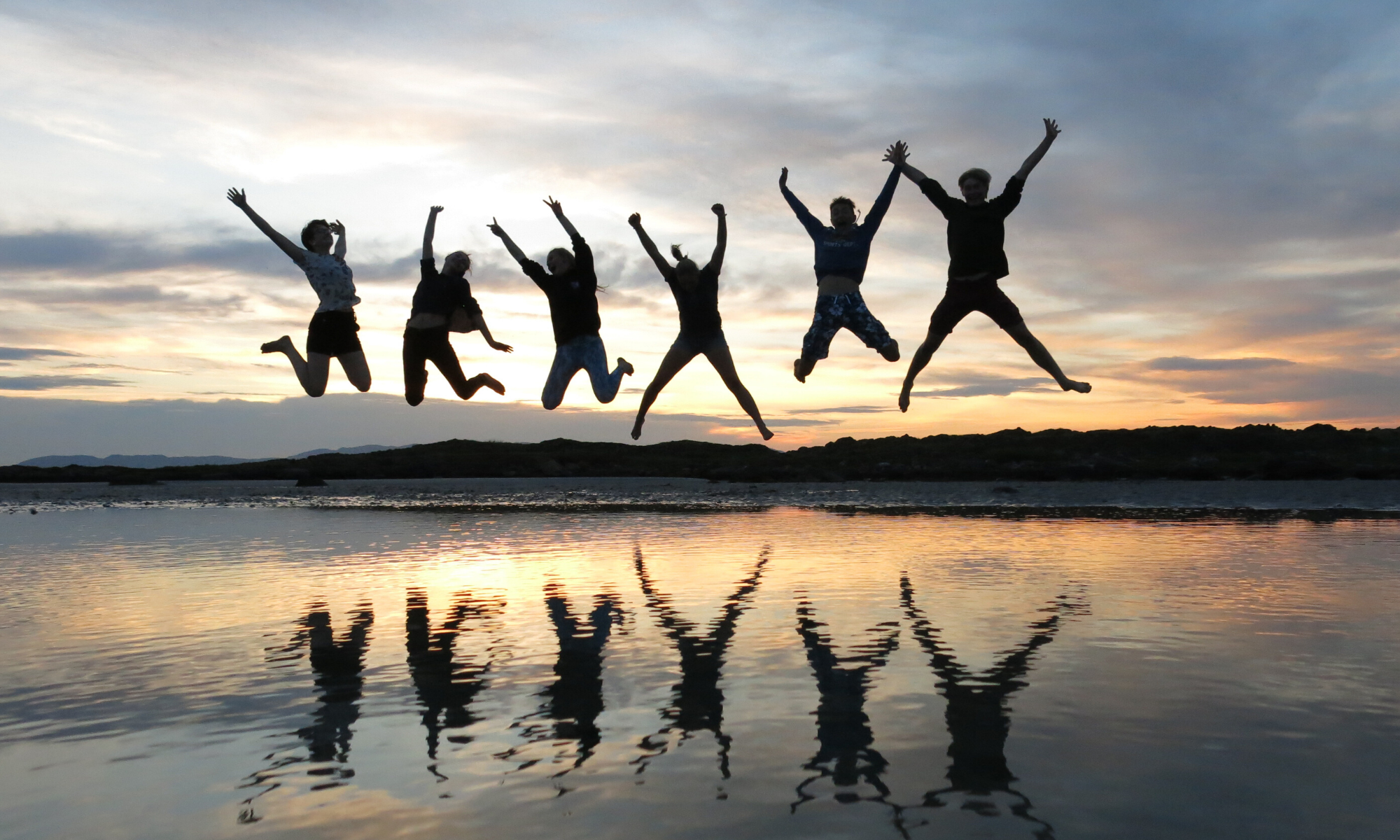 The groups of the Coastal Communities Network are working together to ensure a healthy future for Scotland’s marine ecosystems. Credit: Friends of the Sound of Jura

Here’s a short introduction to the Coastal Communities Network voiced by some of its many members: Meet the people working to safeguard Scotland’s seas.

Saving species on the brink