Man of Príncipe – How a poacher turned turtle protector

Manuel da Graça Sacramento Gomes, widely known as Lindo, was born and raised on the island of Príncipe. One of ten siblings, Lindo is the son of a tugboat captain and a local fish trader, or palaiê, who met on the island after both leaving neighbouring São Tomé at an early age.

“Growing up here was fun. We never had much money, but we always had food at home. When I was a young kid, I enjoyed working in the garden and planting my vegetables – I liked to see plants growing and being able to harvest my food. After school time my playground was the forest, the beach and the rivers.”

From the age of ten, Lindo spent most of his days fishing. After a series of short-lived jobs as a builder and mechanic, he started working full time as a spear fisher and diver, supplementing his income by poaching and selling sea turtles. Everything changed in 2007 when a Portuguese researcher began studying Príncipe’s turtles and set up a project to protect them.

“At first, the other spear fishers and I used to see the scientist as a threat to our way of life and didn’t want to hear anything about conservation. To make things even more complicated, the government tried to start banning turtle poaching; they paid compensation to people who used to sell crafts made of turtle shell, but nothing to the spear fishers, which caused a lot of conflict.”

Undeterred, the scientist befriended all the spear fishers, and eventually hired two of them, including Lindo, to help with his research.

“Our job was to capture the turtles, bring them to the scientist, tag them, collect samples and release them. He used to pay us 20 euros for each big turtle and 15 for the small ones. He promised to prove that we could earn more money keeping the turtles alive than killing them.”

“Every three months he returned to Príncipe for a new phase of fieldwork and eventually we started to recapture the same turtles – in some cases five times. So, we did the maths – we could earn up to 100 euros with each turtle! After this, of course, we didn’t want to kill the turtles anymore and the love for the turtles grew within us.”

When the project ended in 2011, one of Príncipe’s major tour companies retained the services of Lindo and the other spear fishers as guards to protect the turtles and monitor the beaches. “The work was very hard because of the lack of basic transport. I used to walk to the beaches to protect the turtles, sometimes 40km or more per day! Everybody said I should give up but I was already in love with the job.”

Eventually the company bought a boat, which enabled Lindo to undertake marine patrols and even to rescue fishermen in trouble at sea. The boat meant they could also monitor dolphins, whales and other marine megafauna that visited Príncipe. The creation of Fundação Príncipe in 2015 spawned an official turtle conservation project, ProTetuga, and Lindo was promoted from marine guard to team supervisor. 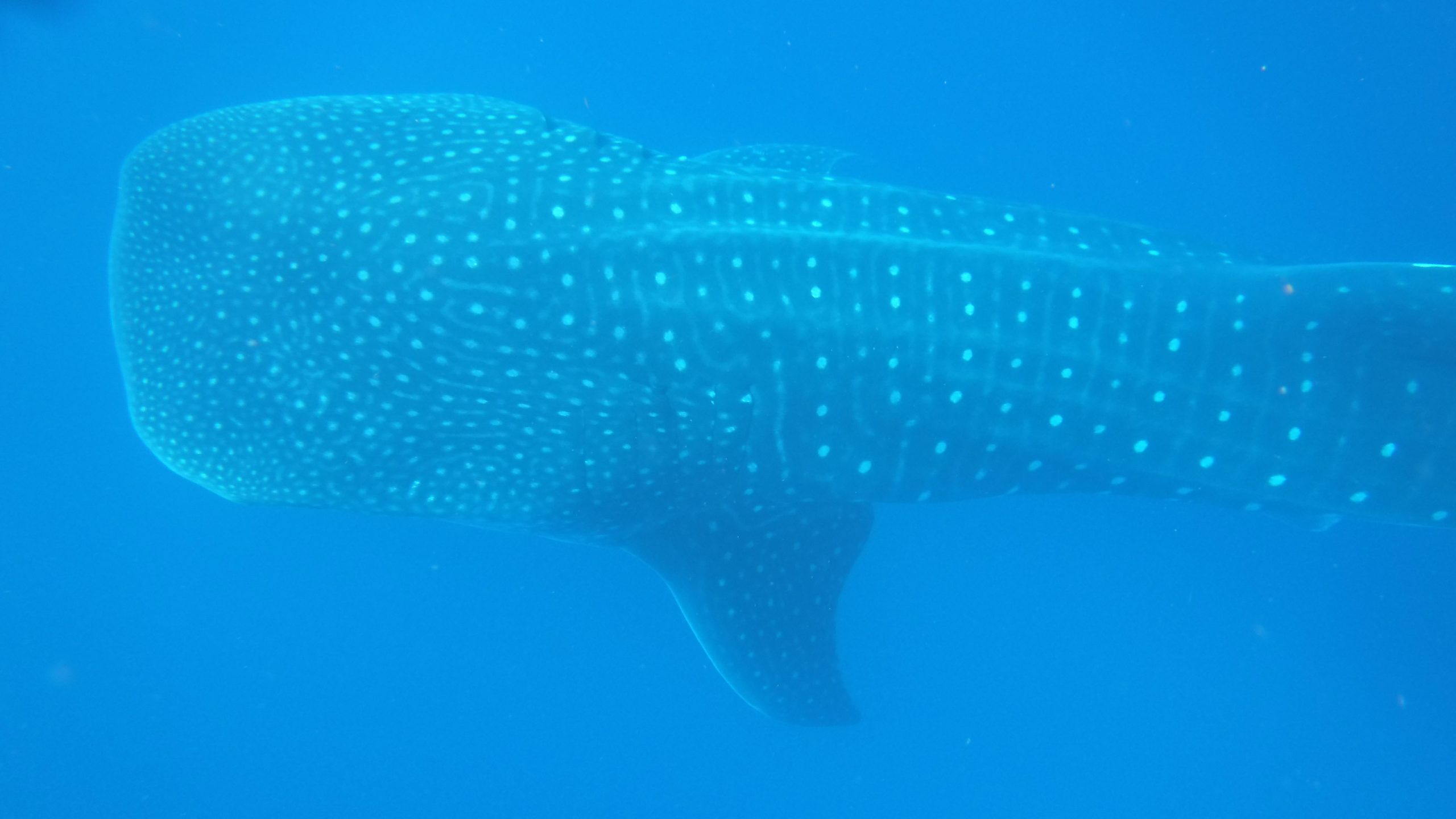 Príncipe’s waters are a haven for whale sharks and other marine megafauna. Credit: Fundação Príncipe

Lindo now plays a key role in a pivotal marine protection project (see below), using his seamanship and local knowledge to coordinate BRUVS (baited remote underwater video systems) surveys and his recently acquired computer skills to record fish landing data. A crucial facet of his role is to engage with all the relevant communities, where he is well-known and highly respected, particular on conflict mediation, environmental awareness activities and the MPA consultation work:

“To sum up, I help to explain how the conservation work we do can help the life of the fishers and fish traders and help them to engage with the process. This was a huge change in my career and a big challenge. I am not in the sea anymore, now I have bigger responsibilities.”

“You could say that I am like a sea turtle – I spent a lot of time in the ocean, and now I’m on the beach for a while. I love the research parts of my job, especially working with the BRUVS and learning more about the animals and the biodiversity.”

“In all my 50 years, I had never touched a computer before. I had classes last year and now I know how to send e-mails, work with Excel and Word, and help to analyse data and maps. I have learned so many new skills! I learned how to be a boat captain and acquired much of my experience in the sea here. I learned first aid and rescue, scuba diving, Reef Check [training for citizen scientists on how to survey a tropical reef], how to drive a car, conduct seabird research, and use tablets for socio-economic surveys.

People now support my work and think it is very important, but a lot of them used to want me to drop it because I am too strict and they were afraid of me. I don’t care if you are part of my family or my friend, if I see or hear that you are poaching turtles, I will take you to the authorities.” 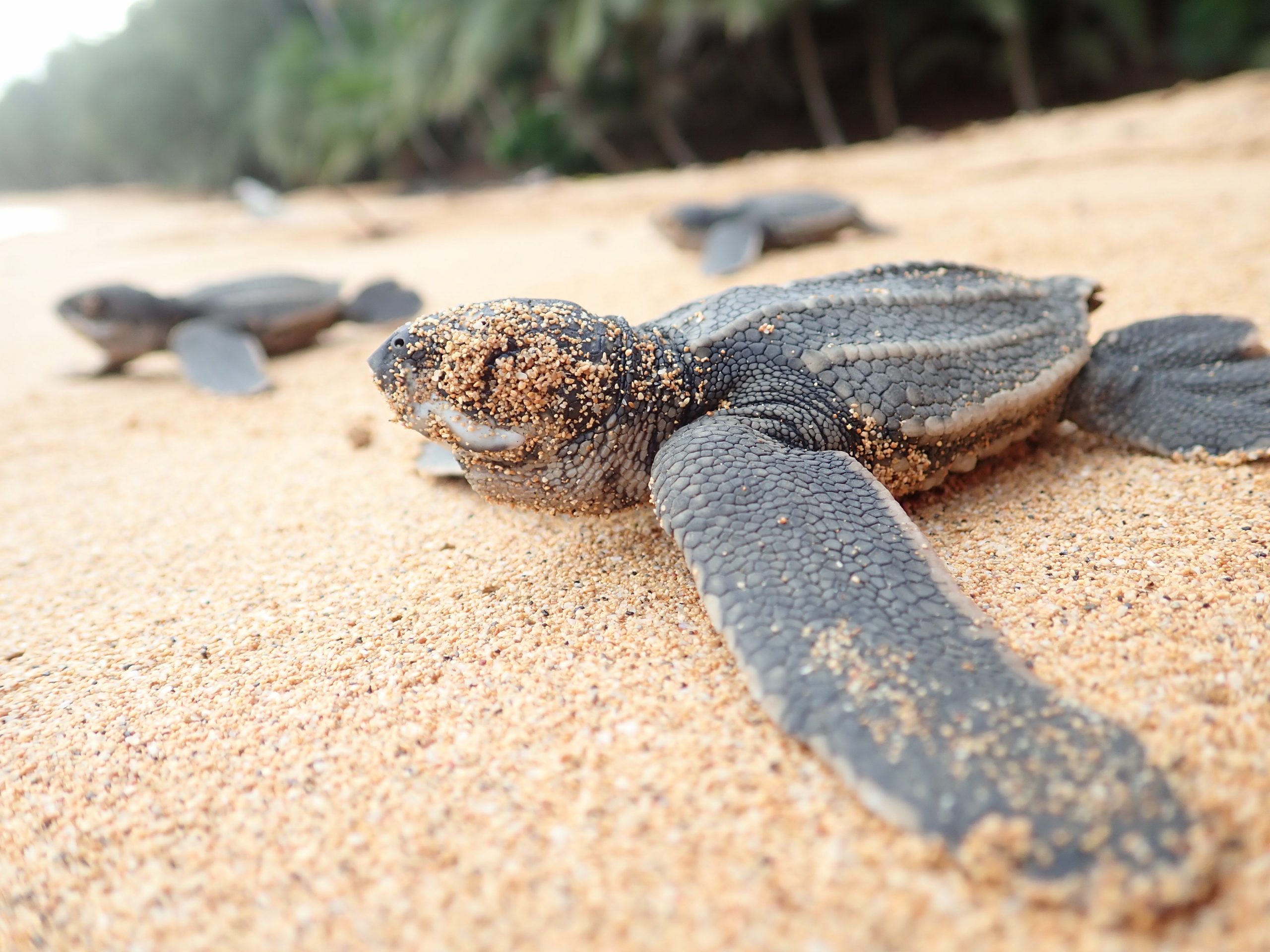 The hard work has paid off; turtle poaching has been virtually eliminated: “We had just two reports of turtles being poached last year. It took us more than 10 years, but we are almost 100% free of it.

We are losing a lot of species though; fishes are disappearing and the fisherman are struggling. I have the impression that even with us protecting the turtles they are scarcer than when I was a kid. Maybe they are being poached before arriving. On land we have less birds and a lot of the big trees have been logged.”

“We do care a lot about conservation in Príncipe – we are a UNESCO biosphere reserve – but we still have a lot to do. I hope that we humans wake up to the necessity to protect wildlife and give our kids the opportunity to see it in the future.”

The remote and biologically rich islands that make up São Tomé and Príncipe face challenges related to overfishing, habitat degradation and rapid human population growth. As local fish stocks decline, the use of non-selective and destructive gears to maximise catch is on the increase. 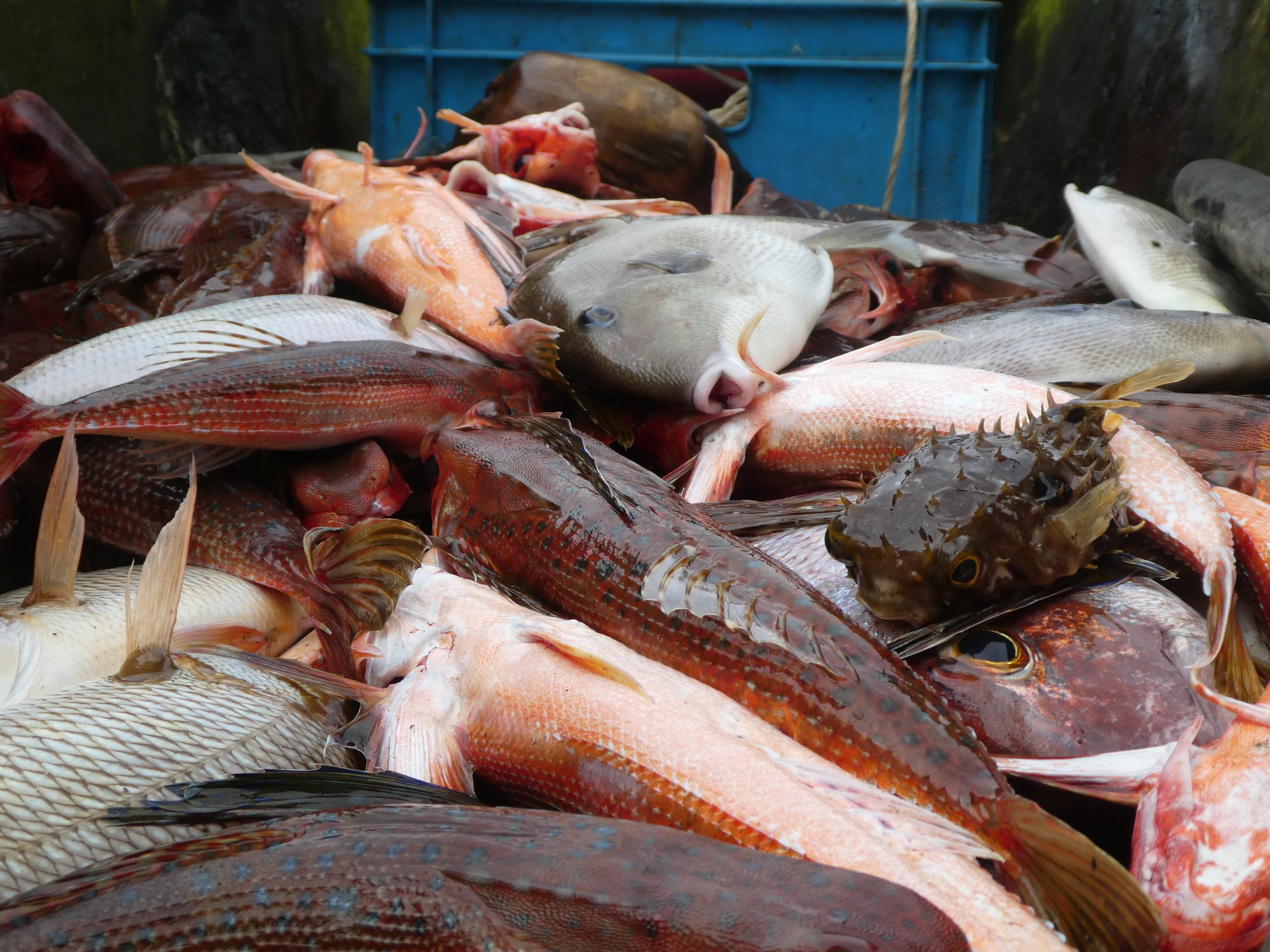 With support from the Blue Action Fund and Arcadia, FFI and in-country partners Fundação Príncipe, Oikos and MARAPA are aiming to establish a national network of marine protected areas. Working hand in hand with local government and communities – particularly fishers and fish traders – to ensure their participation in decision-making, resource management and law enforcement, and to help create more diversified and sustainable livelihood options, we hope to address the main drivers of marine biodiversity loss.

Hands up if you think it’s time to stop abusing our oceans?