If you thought double-digit inflation was a bad thing, allow me to introduce you to Hayes’ thick-thumbed myotis.

That’s now the official name of a diminutive bat that was collected over 20 years ago from a garden in Cambodia’s capital, Phnom Penh, and has just been confirmed as a new species.

Named in honour of Scottish conservationist and bat expert Ben Hayes, the only known specimen of Myotis hayesi has spent the past two decades languishing in a museum collection.

This previously unknown species is described in a new paper by bat researcher and taxonomist Gábor Csorba of the Hungarian Natural History Museum’s Department of Zoology and Neil Furey, a conservation biologist working with Fauna & Flora International (FFI) in Cambodia.

The dynamic duo – in this case Batman and Batman – had long suspected that the obscure specimen could be a new species, but the less-than-ideal storage methods made it tricky to confirm its status. Although clearly a member of the mouse-eared bat genus, this particular individual stood out owing to its distinctive light-coloured, fleshy thumbs, the large, smooth soles on its hind feet and the fact that its skull was a different shape from that of its closest relatives in the region.

“Gábor had a gut feeling that this was something different, and we now know he was absolutely right,” said Furey. “For two self-confessed bat geeks, it is a real pleasure and privilege to describe a new species.” 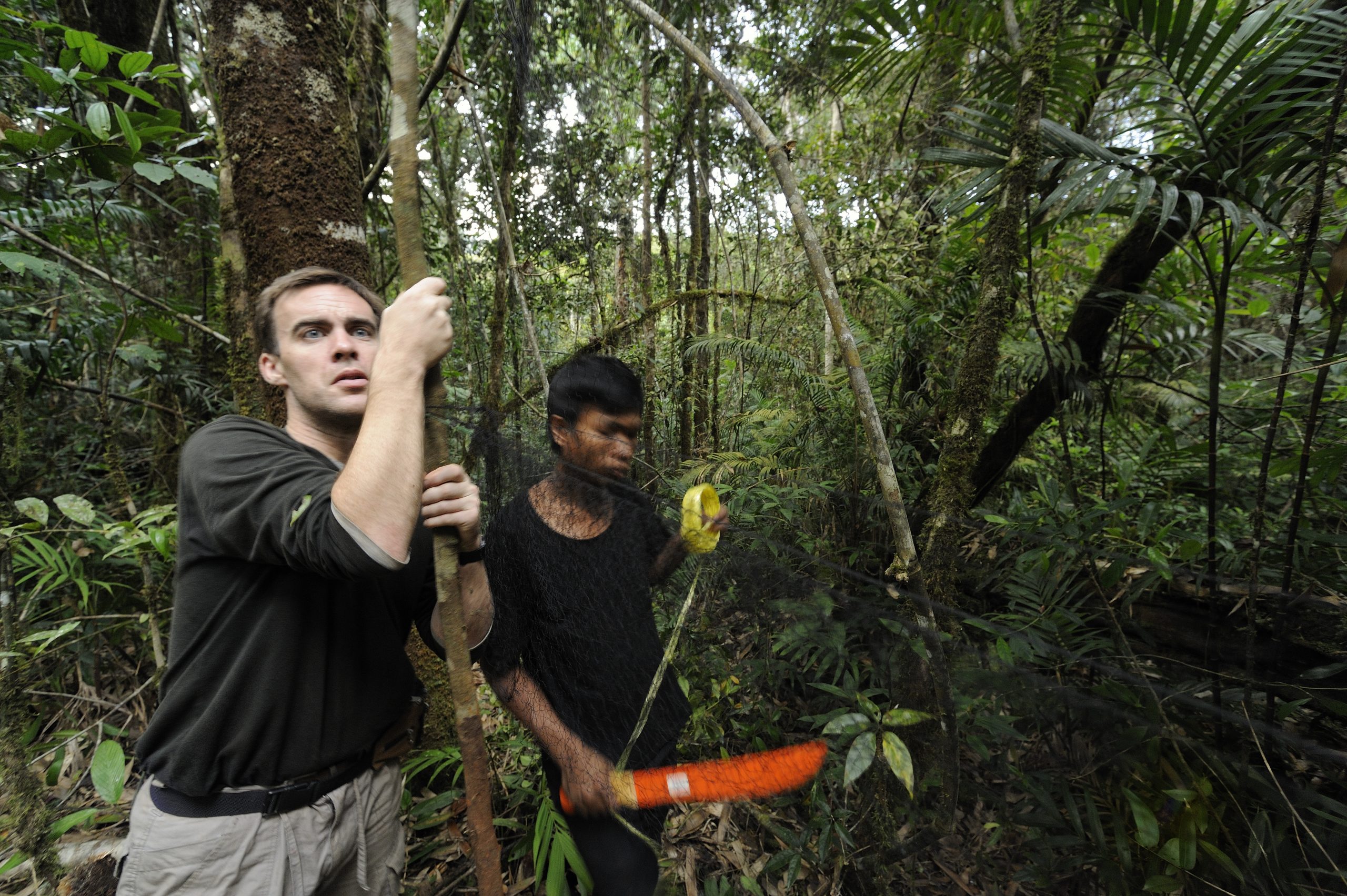 Hayes’ thick-thumbed myotis has never been knowingly encountered in the wild since it was first collected in 2000, and both scientists are keen to rectify that situation. Obviously, virtually nothing is known about the bat’s behaviour, or likely roosting sites, but it seems probable that its thick thumbs and fleshy hindfoot pads evolved to help this small, insectivorous species manoeuvre in narrow spaces.

of all the world’s mammal species are bats

The economic value of bats as pest controllers

One concern is that two decades of habitat degradation in the area of Phnom Penh where the bat was originally found may mean that any remaining members of the newly named species are clinging onto survival by their thickened thumb tips.

Since the collection of the holotype – the scientific term for the specimen on which a new species description is based – the area’s remaining wetland and green spaces have virtually disappeared. In their paper, Csorba and Furey state that the species would qualify for ‘Data Deficient’ status on the IUCN Red List of Threatened Species, given that it is currently known from only a single record.

“This is a specimen from a greener time,” said Csorba. “While we think it is unlikely that the species has become extinct, it is possible that it no longer flies over the city streets and private gardens where the only specimen was originally collected. That is a sobering thought and one that should focus minds on protecting the shrinking habitats that underpin biodiversity in Cambodia.” 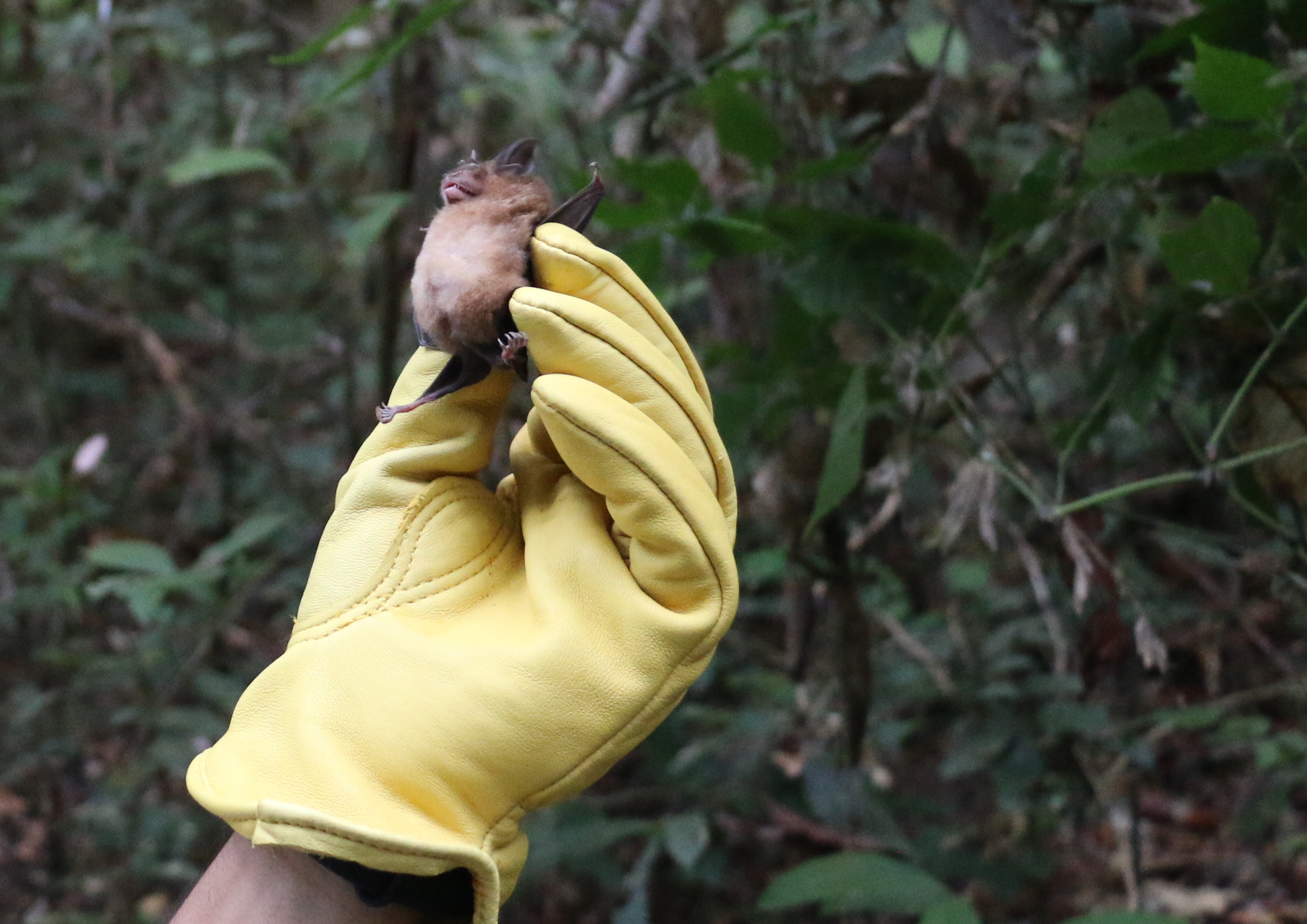 Until recently, little was known about Cambodia’s bat population. In 2000, the country was considered as one of the least explored in the world in terms of bats, with only 30 species documented. That figure now exceeds 80 species, with Hayes’ thick-thumbed myotis joining four other Cambodian species new to science discovered this century.

The global value of bats as pollinators, seed dispersers and industrial-scale consumers of invertebrate pests is virtually incalculable. Unfortunately, they reproduce slowly, are susceptible to disturbance and tend to be vilified due to ignorance, fear and superstition.

In keeping with our long-held tradition of championing species that tend not to win popularity contests, FFI has a history of involvement in bat conservation and has played a key role in changing public attitudes to these unloved creatures, from pipistrelles in the UK to Pemba flying foxes in Tanzania and fruit bats in the Philippines.

FFI issued this public awareness sticker as part of its charm offensive for bats in the 1980s. Credit: FFI

Bat Conservation International, which was founded in 1982, began life as an overseas branch of FFI. Today it has members in almost 100 countries and works with partners across the globe to protect some of the world’s most threatened bat species.

UK-based Bat Conservation Trust, which FFI established in 1990, exemplifies how we help nurture nascent organisations until they are able to operate under their own steam. The trust has evolved into a thriving independent organisation and is one of Europe’s leading bat conservation charities.

As we never tire of pointing out, biodiversity meltdown and climate chaos are two sides of the same coin. If we are to safeguard the ecosystems that underpin the health of our planet and the stability of our climate, we need to love and protect nature in all its myriad forms, from megafauna to mouse-eared bats.

Every one of Earth's endless forms,
beautiful or otherwise, represents a
vital thread in the tapestry of life.
Please support our vital efforts to
stop those threads unravelling.