With the International Day of Forests 2021 already a fading memory, perhaps it’s time to forget them for another year and shift our attention to the next worthy cause. Well, no. If anything, we need to be redoubling our efforts to ensure that they remain permanently in the spotlight, not least the most neglected, threatened and undervalued forest type of all.

Mangroves have never really had their day in the sun, despite their crucial importance as coastguards, climate allies and wildlife havens. Fauna & Flora International (FFI) views mangrove protection and restoration as an integral part of our global efforts to reverse biodiversity loss and combat climate change, twin challenges that are inextricably linked.

Across our project portfolio, we are striving to redress the balance, working with in-country partners to ensure that mangroves receive the attention they deserve.

The area harbours a rich diversity of species including the critically endangered hawksbill turtle,  the Antillean manatee and the little-known and intriguingly named wishiwilly del suampo, a critically endangered spiny-tailed iguana confined to the island of Utila – and one of only two lizard species found exclusively in mangrove swamps. 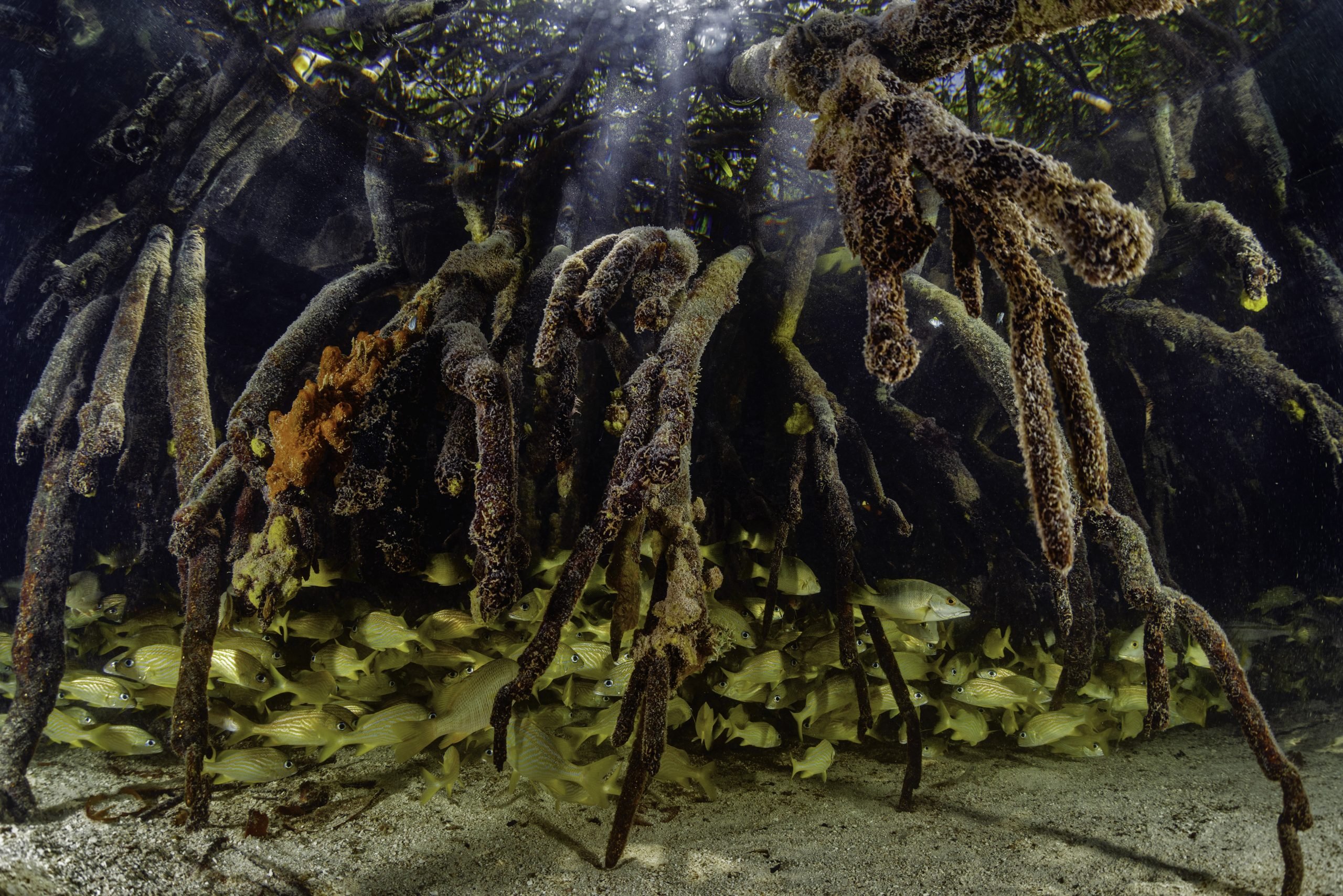 The degradation of mangrove habitat, which provides sanctuary for numerous coastal and marine species, particularly juvenile fish, has contributed to the decline in fisheries that is threatening the livelihoods of coastal communities in Honduras. FFI and our in-country partners have established a mangrove monitoring programme and, with community support, we are aiming to reforest an area of mangrove estimated to sequester an additional 3,000 tonnes of carbon. There are ongoing efforts to remove an invasive oil palm that poses an additional threat to the native trees.

We are currently exploring opportunities related to blue carbon across the seascape, which has potential to expand mangrove cover by approximately 800 hectares, and seeking support for further coastal restoration to reduce land-based impacts on the nearshore environment and build resilience to hurricanes, as well as conducting a blue carbon feasibility study.

CLIMATE AND COMMUNITIES IN CAMBODIA

Cambodia’s extensive coastline is fringed by almost 80,000 hectares of mangrove forest, which provide natural nurseries for the reef fish and other marine life on which numerous coastal communities rely for their livelihoods. FFI’s work is focusing on the establishment of a national network of MPAs, building on our critical support for the designation of Cambodia’s first large-scale MPA in the Koh Rong Archipelago in 2016.

As part of our wider marine conservation and fisheries management efforts, FFI is working to maintain the intact mangroves lying within the MPA boundary. This is combined with locally led initiatives to restore previously deforested mangrove areas, and four community mangrove nurseries have been established so far within Koh Rong, paving the way for future scaling up of restoration efforts. 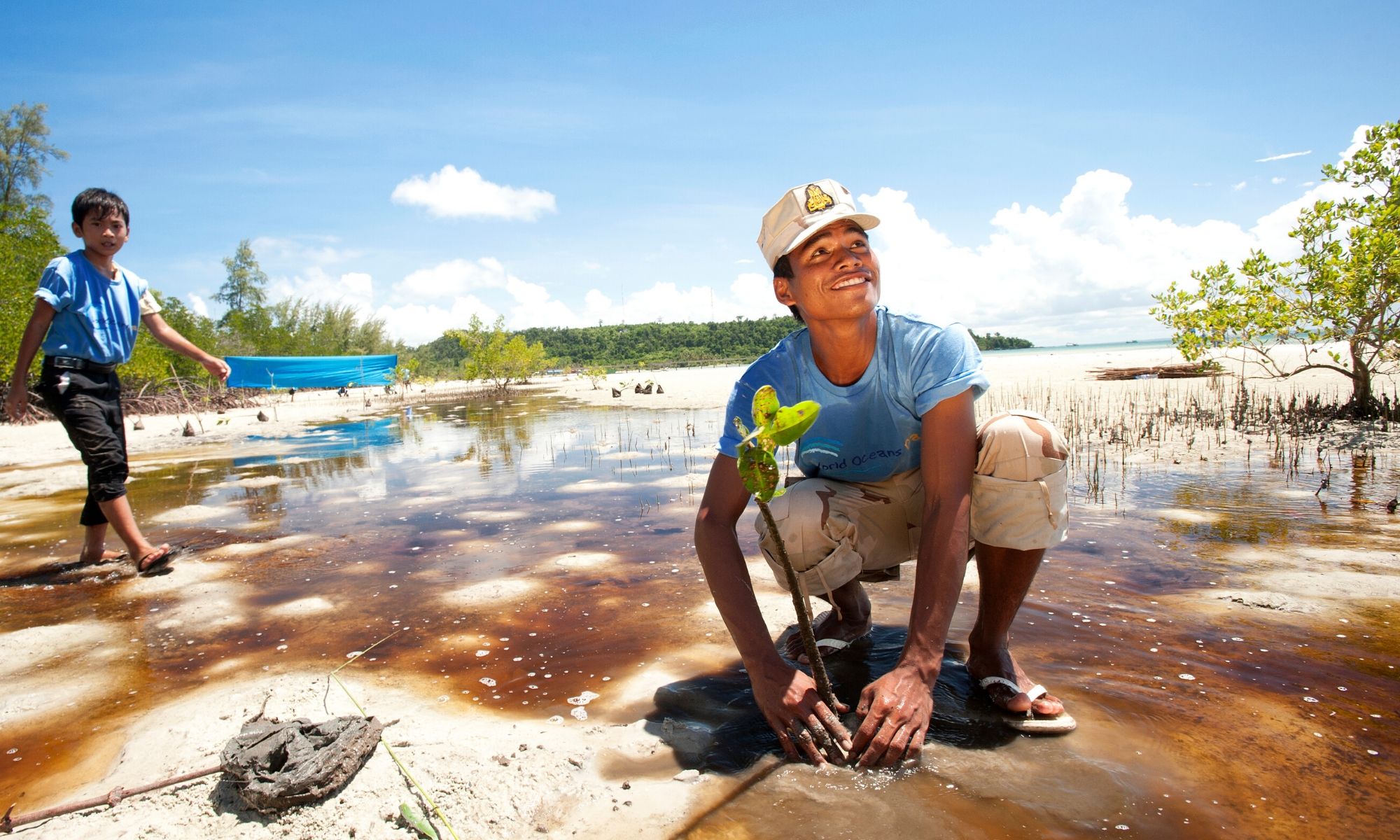 In support of community-based approaches to the protection and restoration of marine resources, we are also investigating the use of sustainable financing mechanisms including opportunities to secure payment for blue carbon storage and sequestration by mangroves and other coastal forest, thereby increasing resilience to climate change impacts.

FFI is forging new partnerships for mangrove protection and marine conservation in the far north of Koh Kong province, on Cambodia’s northern coast. This work focuses on approximately 16,000 hectares of mangrove forest in Peam Krasop Wildlife Sanctuary and Koh Kapik Ramsar Site, a wetland recognised for its international importance in helping to build climate resilience.

ACTION FOR AN ARCHIPELAGO

As the world’s largest archipelago comprising an astounding 17,500 islands, Indonesia is on the front line of climate change and heavily dependent on the health of its coastal and marine ecosystems. FFI works across a number of project sites in Aceh, West Papua and West Kalimantan to support and enhance coastal resilience. In order to ensure community buy-in, much of our work in these locations revolves around the establishment of locally managed marine areas in which resource use is governed by customary laws and practice.

These multiple-use zones also encompass mangrove habitat, and are largely patrolled by communities, with ad hoc support from government officials. In future, we are aiming to help strengthen management of mangrove resources, promote development of more sustainable harvesting methods and support community engagement in local decision-making to enhance coastal resilience. 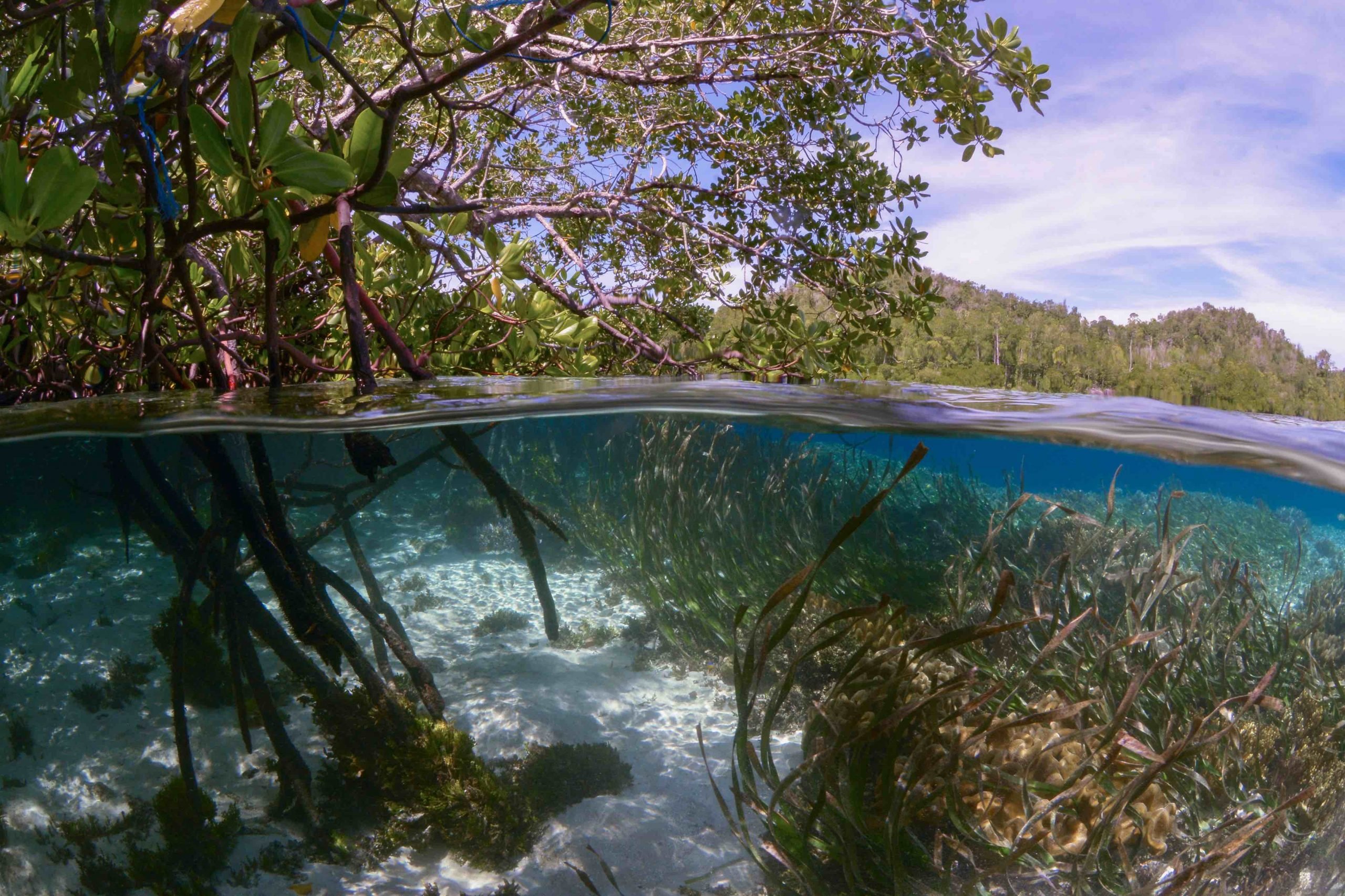 Protecting mangroves from clearance for charcoal production has been a focus in southern Myanmar, where, in collaboration with local fishing communities and the government, FFI is in the process of establishing locally managed marine areas that include mangrove habitat.

In northern Kenya, FFI has partnered with the Northern Rangelands Trust and the Nature Conservancy to support Kiunga and Pate Island Conservancy in addressing the significant threat posed by the unsustainable extraction of mangroves for firewood and poles used in construction. Efforts to reduce illegal exploitation have so far focused on increasing the number of patrols carried out by local rangers. Meanwhile, restoration measures have included the planting of more than 35,000 mangrove seedlings since 2015. 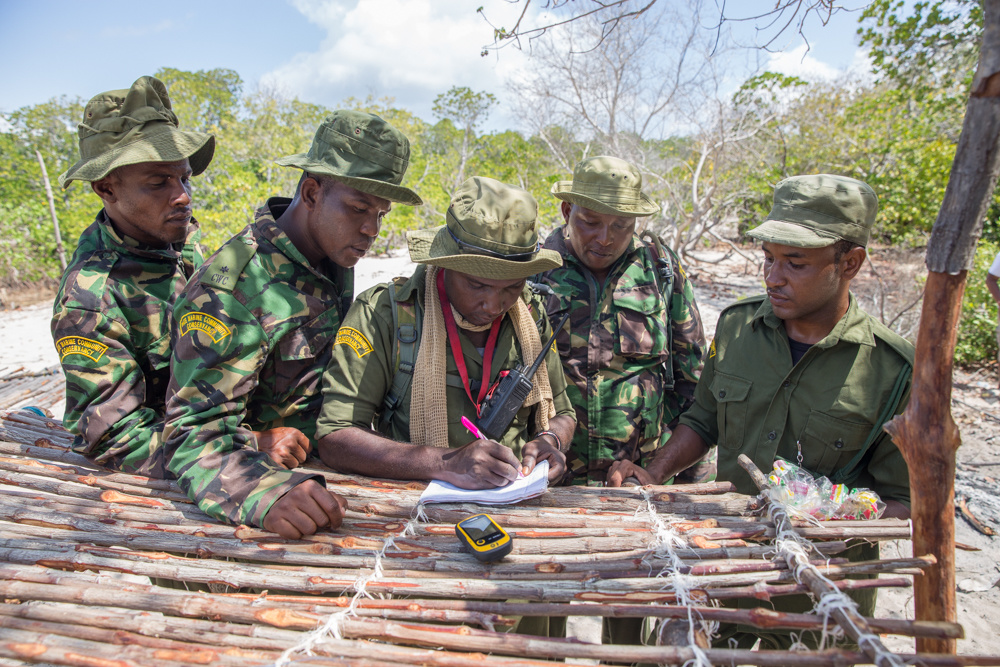 Following initial success on the island of Pemba, FFI is scaling up its engagement to take an ecosystem-based approach to coastal resource management in northern Tanzania, incorporating 300,000 hectares of coastal forest across Zanzibar and the mainland.

The coral reefs of Pemba, among the most diverse in East Africa, are extremely vulnerable to climate change. FFI is working to promote ecological resilience by reducing direct pressures on the marine environment through the introduction of community fisheries management measures and work to reduce the harvesting of mangrove wood.

When it comes to enlisting the support of natural allies in our global quest to combat the twin climate and biodiversity crises, we need all the friends we can muster. As a living, photosynthesising example of a nature-based solution to our mounting problems, mangroves tick all the right boxes. We neglect them at our peril.

Forests are for life, not just
for annual awareness days

Join us in calling on world leaders to
invest in protecting Our One Home.