Their numbers have halved in just two decades,

These sublime, secretive creatures are unlike anything else on Earth. Our ears cannot perceive the low frequency infrasound they make. Their zebra-like stripes mimic rays of sun shining through the leaves, camouflaging them beneath the forest canopies. Science was not even aware of their existence until the start of the 20th century.

And as such an elusive species, you might think okapis would be safe from the immense pressures faced by so many creatures today.

But this couldn’t be further from the truth.

Some estimates suggest there are only 35,000 left.

They are almost out of time.

But it’s not too late – this tragic tale can still be turned around.

With your help, FFI could expand their species-saving work in the Democratic Republic of Congo – protecting the forest and all the creatures within it. That’s why we’re asking for your donations. We want to establish patrols across the forest’s borders to remove snares and keep a close eye on the last of these endangered animals.

FFI have been working with local communities and authorities in the DRC, helping to introduce monthly bio-monitoring patrols which record the presence of threatened species. Lethal snares, which cause rapid declines in okapi populations, are removed by those patrolling.

We have also been helping to train community rangers and provide them with essential equipment for keeping okapis safe from threats such as hunting. This is of particular importance in the DRC, where ongoing civil conflict makes it difficult for local authorities to enforce laws aimed at protecting endangered species. 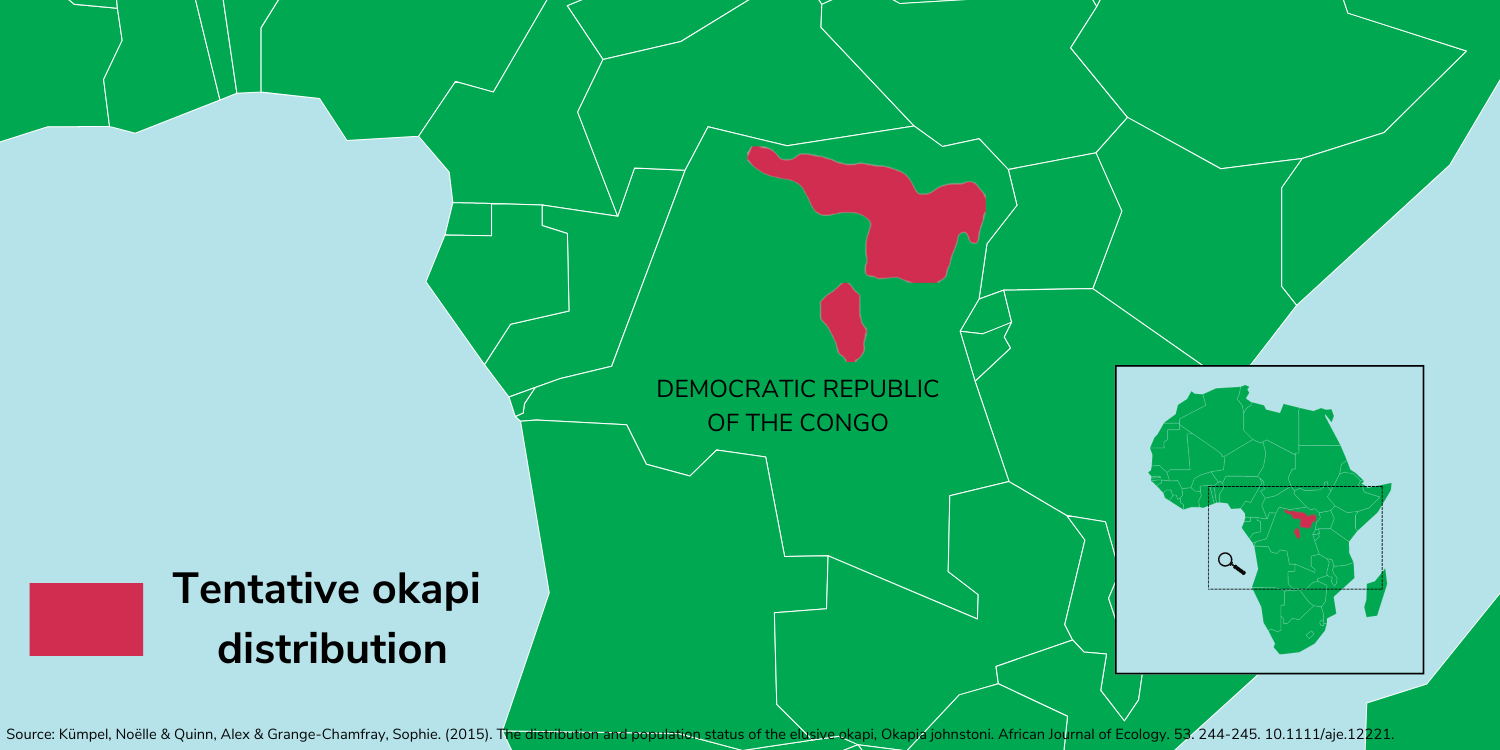 All of FFI’s ground staff are Congolese – having a real understanding of local communities is crucial for building relationships with those who can have the biggest impact on helping okapis.

Initiatives have been introduced to provide community members with more fuel-efficient stoves that require less firewood and thus reduce logging, and programmes creating more economic opportunities in the area have been established. These should help to reduce practises such as hunting and logging which are harmful to okapis and their homes.

FFI have also been supporting Congolese protected authority in drafting the country’s first community conservation strategy. This crucial work will provide guidelines for local people, educating them on how to better manage the protected areas where okapis are found and conserve the natural resources they rely on for survival.