The grey wolf is the world’s largest canid. Once the most widely distributed terrestrial mammal, these highly intelligent and social animals are still found across much of the northern hemisphere and are categorised as Least Concern on the IUCN Red List of threatened species. However, wolves are under severe threat in many parts of their range – especially in Europe.

Wolves have faced centuries of persecution by humans throughout their range, due to deep-rooted superstition and to their fearsome reputation – largely undeserved – as voracious killers of livestock and a danger to people. As a result, grey wolves are today restricted to just two thirds of their original territory and are mainly confined to wilderness or remote areas.

Recent decades have witnessed the beginnings of a turnaround in the fortunes of the grey wolf, with some protective measures being put into place in its last remaining European strongholds. Conservation efforts are focusing on strengthening this protection and promoting peaceful coexistence between local people and wolf packs.

At a glance
Canis lupus

Although their worldwide population are listed as Least Concern under the IUCN Red List, Europe's wolves are under severe threat. Human encroachment on traditional wolf territory is creating conflicts between people and wolves. Please donate today and help protect them.

The grey wolf was historically the most widely distributed terrestrial mammal, but deliberate killing of wolves and complete extermination of some populations have reduced the overall range of the species by one third.

This persecution was largely motivated by fear of wolf attacks on humans, but these incidences are extremely rare, and mostly confined to rabid animals. Wolves will typically avoid close encounters, having developed a fear of humans due to their historical conflict with shepherds and hunters.

For centuries, wolves were on the receiving end of numerous orchestrated campaigns to wipe them from the map. In the UK, that feat was achieved in 1680. They suffered a similar fate throughout most of Western Europe, Japan, Mexico and large parts of the USA. The first protection measures were not put in place until the 1930s, in Germany. The world has since become more tolerant of wolves and the species is experiencing a resurgence, with some populations naturally recolonising parts of their original range. However, many populations are still under threat. In some countries, such as Romania, human encroachment on traditional wolf territory as a result of agricultural expansion, for example, is re-igniting conflict between people and wolves, and making their fragmented European populations even more vulnerable.

Grey wolves have been known to carry out ‘alloparental care’, adopting and raising orphaned cubs.

A wolf’s hearing is 16 times more acute than that of humans.

The typical number of cubs in a litter.

HOW FFI IS HELPING TO SAVE THE GREY WOLF

The conservation of the grey wolf is dependent on humanity’s ability to coexist with this species. FFI is working to reduce human-wildlife conflict in some of the last remaining European strongholds of the grey wolf.

In Romania, with the support of our partners, we are using strategic land purchase to protect vital wolf habitat from agricultural intensification and deforestation, in order to ensure that the remaining wolf populations are left in peace.

FFI is also working directly with farmers to reduce conflict. By providing electric fences and Carpathian sheepdog puppies, we are helping them to keep wolves at bay and reduce the number of incidences of livestock predation. 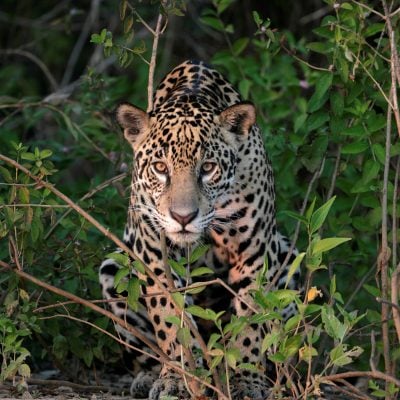 Mountains harbour a wealth of species – some obscure, some iconic – that are perfectly adapted to the high life and, in many cases, are found nowhere else on the planet.

Romania is home to varied and beautiful landscapes as well as an astonishing array of wildlife, including a third of Europe’s brown bears and a quarter its wolves.