Youth: the next wave for change?

Is it just me, or does it seem like every cause has its own special day of celebration nowadays? In the first week of June alone we have marked both World Environment Day (5th June) and today, just three days later, World Oceans Day.

I’m not knocking it. In a world where so many worthy causes clamour for our attention, these kind of events can play a valuable role in creating a louder, collective voice for a given cause – helping to raise awareness and generating a call to action that reaches a global audience.

But as a communications officer I am also keenly aware of the bigger challenge: namely, how to keep awareness levels up once the day has passed.

That is why I particularly like the theme of this year’s World Oceans Day, which is Youth: the Next Wave for Change. Not only do young people make excellent ambassadors for the causes they take to heart, but ultimately it is their future at stake.

Video courtesy of One World One Ocean

Put in this context, it is clear that to achieve any kind of lasting change we need to engage with the people who will one day take over as custodians of the natural world.

Who said conservation can’t be fun?

The Republic of Cape Verde is a remote country consisting of an archipelago of 10 islands situated in the Atlantic Ocean approximately 500 km west of the coast of Senegal, West Africa. Thanks to its geographical isolation, the country is home to a number of endemic plants and animals as well as many endangered species that are extremely vulnerable to disturbances.

Maio is the oldest island in the archipelago, known for its large forest and endemic species. It is also known to be a hotspot for marine life, thanks to a rich ocean current which provides an abundance of phytoplankton that supports a complex and diverse food chain.

Today, the impacts of tourism and climate change are putting ever-increasing pressure on the island’s biodiversity, but thankfully help is at hand in the form of a young, enthusiastic local conservation organisation called Maio Biodiversity Foundation (FMB), with whom FFI is currently building a partnership.

FMB has a wide remit that ranges from protecting loggerhead turtle nests to biodiversity monitoring and promoting the establishment of nature reserves. It is also leading the way in environmental engagement, establishing a biodiversity education and conservation centre and creating a range of fun activities which demonstrate that environmental education needn’t be dull. 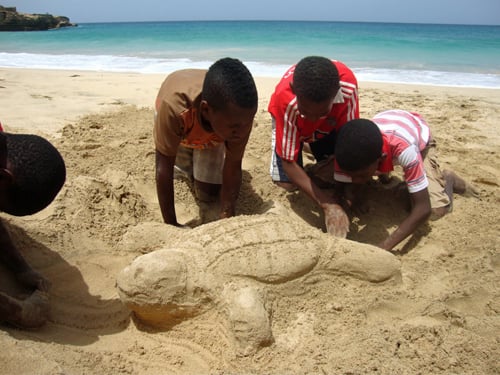 In April for example, FMB organised a series of games to help kids (who were split up into five teams: ‘Crocodiles’, ‘Lions’, ‘Owls’, ‘Dolphins’ and ‘Bees’) to learn more about different animals and their roles in marine and terrestrial ecosystems.

Then in May, FMB invited local youths and fishermen to learn about sea turtles and the ocean, organising activities that included building sand sculptures on the beach.

FMB also gets local school children involved in the more practical side of conservation, such as cleaning up the salt marsh of Porto Ingles (where the English once produced salt for export, but which today provides an important nesting site for loggerhead turtles and foraging habitat for endemic birds).

In Southeast Asia, FFI has a rapidly expanding marine programme that spans from Indonesia to Cambodia and the Philippines.

The longest-established of these projects aims to protect the remarkably rich waters around Aceh (Sumatra), which support abundant marine life including sharks and rays, leatherback and hawksbill turtles, dugongs and giant clams.

Together with the Government of Aceh’s Marine and Fisheries Agency, FFI is working to establish Locally Managed Marine Areas (LMMAs), which empower communities to take ownership of their marine resources by attaining formal recognition for customary marine areas.

In its seven years of operation, this project has made remarkable progress, with 15 LMMAs now in place across eight districts. Using best practices documented during the early stages of the project, FFI and its local partners are now targeting other priority sites, such as coastal mangrove forests. 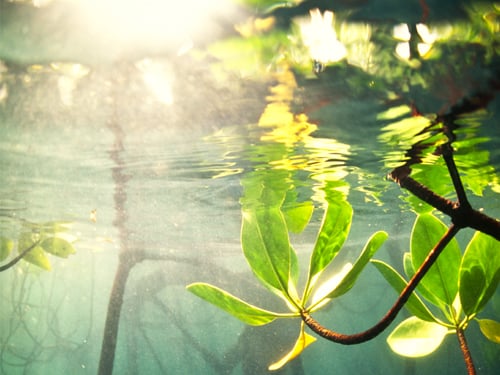 Mangroves provide vital protection against coastal flooding and tsunamis and act as an important habitat for many species. Credit: JA Bruson.

As part of this work, FFI has been working with local school children of all ages to teach them the importance of mangrove forests. Perhaps most remarkable is the ‘living laboratory’ where students have planted over 10,000 mangrove trees.

FFI is now working with participating schools to develop a formal module in their curricula that will ensure that coastal environmental education can continue even after FFI’s involvement finishes.

At a higher level, FFI has been working with university students in Cambodia and the Philippines to get them involved in real-life conservation work and research, giving them valuable hands-on experience in participatory coastal resource mapping, biodiversity survey techniques, socio-economic monitoring and more.

No blog about engaging with future conservation champions would be complete without a mention of the Conservation Leadership Programme (CLP).

One of the CLP’s alumni, Matheus Oliveira Freitas, has been working for over ten years on marine conservation and fisheries management in Abrolhos, north-eastern Brazil. By gathering and analysing a wealth of biological data, he has been able to advise on a range of marine conservation issues, from the potential effects of oil and gas exploration to the expansion of marine protected areas and the extension of a fishing moratorium for the Critically Endangered goliath grouper. 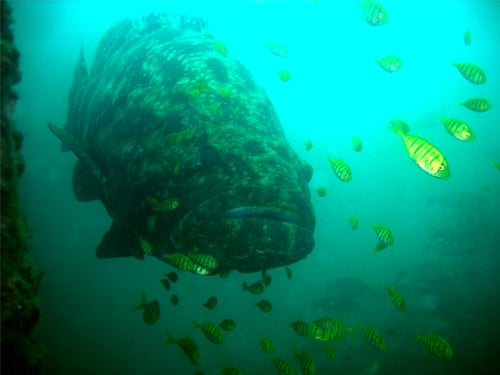 Overfishing has been described by many as one of the greatest threats to our oceans and the impact it has had on marine ecosystems and fish populations (many of which are on the verge of collapse) can hardly be understated.

What’s more, the gradual reduction in the average age and size of individual fish (thanks to centuries of mankind targeting the largest, juiciest individuals) is a lesser known, but equally serious problem. Many fish are unable to reproduce before they reach a certain level of maturity and, for those species that can reproduce early, the number of offspring produced declines sharply with body size.

You can imagine the long-term implications this has for fish stocks.

Since October 2011, Matheus and his colleagues have been involved in a project to address this issue by educating fishing communities and fisheries managers on the minimum viable reproductive sizes for various commercially-valuable species.

By providing clear advice and tools, this community-based work is already showing signs of success where earlier prescriptive approaches have failed.

For me, Matheus’ amazing work provides the perfect illustration of the importance of youth engagement in the great conservation battle. By helping to train and develop leaders like Matheus, we can share our knowledge and expertise with a far larger audience and help people around the world to conserve their local environment, even without our direct involvement.

And that, at the end of the day, is FFI’s mission.