Wooden personalities: how I learned that trees are totally remarkable

Marta worked as a Communications Intern on the Global Trees Campaign and helped develop the Treevotion quiz to raise awareness about threatened trees. A recent postgraduate with an MSc in Wildlife Management and Conservation, her passion is birds. This led her to spend a summer in Guyana with Operation Wallacea as a research assistant, mist-netting and identifying birds in the rainforest. Her strong interest in wildlife reintroductions also led to an internship with The Ara Project in Costa Rica where Scarlet and Green Macaws are being reintroduced. Her work with the Global Trees Campaign helped her to realise that trees are also awesome.

Trees. Until a couple of months ago, I thought trees played three main roles in the field of conservation biology. First, as components of animal habitat, providing food and shelter for other creatures. Second, as carbon sinks – unwitting and often under-appreciated heroes in the fight against climate change. And third, as a source of genetic diversity and ecosystem resilience – and that was pretty much it.

So when I got the chance to do an internship with the Global Trees Campaign, building a quiz to raise awareness of the need for tree conservation by matching people with threatened tree species as their ‘treemates’, the project struck me as rather challenging.

If I didn’t find individual tree species interesting, how could I get others to care?

Look more closely and you shall find…

There is something about biology as a whole that I have come to realise: the more you know about something, the more interesting you find it.

Maybe it is the same way with everything, but it is definitely so with living creatures. When I started my undergraduate degree in biology, I was crazy about cuddly mammals and had an incipient interest in birds. Five years later, I am crazy about birds, and find herps, invertebrates and fungi fascinating.

At first, a thing is just a thing, and you know nothing about it – not even its name.

Take bats for instance. At first, a bat is just a tiny weird creature that you see for a fleeting moment at dusk before it quickly disappears. 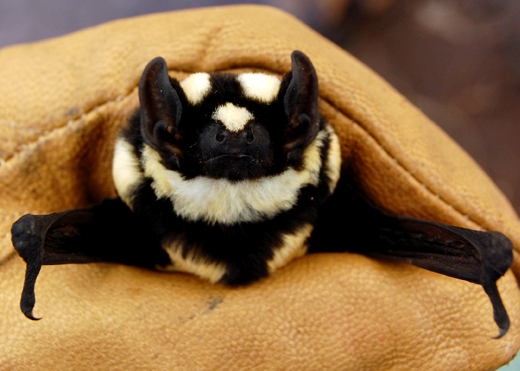 However, as soon as you start learning a little about them, you find out that they hunt by using echolocation. Then, you find out their knees are in the back of their legs, instead of the front.

You start looking into things, and you find out some insects are able to detect a bat’s echolocation waves and have an inbuilt response to drop to the ground to avoid being eaten, and you learn that there is a species of bat that actually preys on fish. Fish!

Maybe you come across the fact that fish are actually seed dispersers in seasonally-flooded tropical forests, and that they swim between the canopy branches of submerged trees.

And if you look into trees…

Every tree is different

Since I’ve started developing this quiz, I have found myself Googling not only tree species (as would be expected), but a wide range of apparently random subjects such as mummifications, Stradivarius violins, benign prostatic hyperplasia (look it up), soil fungi and Chinese coffins – to name just a few.

What I found is that, on closer inspection, trees cease to be an amorphous mass of carbon-sinking animal habitat and soon become individual species with interesting evolutionary histories, quirky adaptations and unique characteristics, just like bats or any of the cuddlier mammals.

Some trees can live for thousands of years or grow higher than cathedrals, like the redwoods. Some can change sex several times during their lifetime (did you know trees can have a sex?), like the Bornean ironwood. 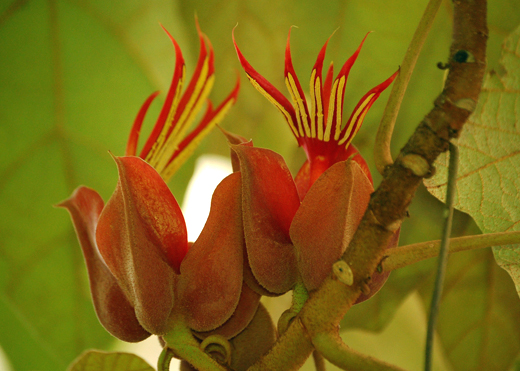 Some have weirdly shaped flowers like the Devil’s hand tree, or swollen trunks like the baobabs, or candelabra-shaped canopies like the Paraná pine. Their leaves might be half a metre long, as with the appropriately-named big-leaf mahogany, or tiny pine needles. Trees are diverse, beautiful and extraordinary.

They say that no man is an island, and nor is any tree. Their lives are interwoven with those of dozens of different creatures – from soil bacteria and fungi to invertebrates, birds, mammals and even fish. Those stories could fill several books, so when you add humans to this already crowded party, the stories get even more fantastic.

The Canary Islands dragon tree, for example, has a sap that was used by local people to mummify bodies. The argoun palm used to be placed in pharaohs’ tombs in ancient Egypt as an offering for the afterlife, while the Dayak people from Borneo believe that the Bornean ironwood protects them from dangerous animals such as tigers and elephants.

Just like tigers and elephants, trees are also threatened by a variety of human activities. They are cut down for their wood, or to make space for agriculture and urban development. The situation can get pretty serious too. For instance there are only four mature Hawaiian cotton trees left, and only one mature bastard gumwood on the tiny island of St Helena.

Trees can become so rare that their genetic diversity plummets and they start having trouble reproducing. They can also struggle with climate change, and risk extinction if nothing is done to protect them.

Take the plunge – find your treemate

I have learned a great deal in the couple of months that I have spent researching these trees and I now find the prospect of going to a botanic garden thoroughly thrilling. They might have a Wollemi pine (the floral equivalent of stumbling across a velociraptor in a forest), or a Vietnamese golden cypress which was only discovered in 1999…or maybe something else I never even knew existed!

If you would like to learn more about trees and tree conservation, the Global Trees Campaign website is a brilliant place to start, with tree profiles highlighting a range of threatened species, along with their characteristics, the threats they are facing and the conservation actions that are in place (or needed) to protect them. 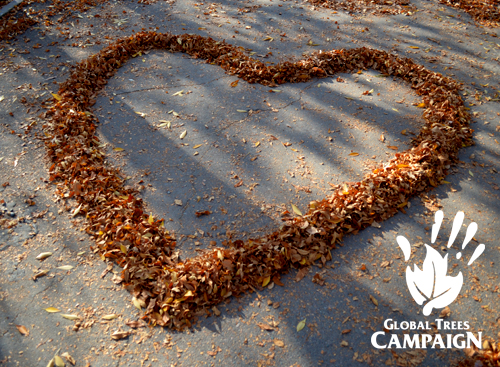 Pining for romance? Take the Treevotion quiz and find your perfect treemate.

Another great resource is a book called The Secret Life of Trees by Colin Tudge which I highly recommend to anyone who enjoys reading well-written accounts of interesting species by someone with a gift for explaining dry subjects in a delightful manner.

You can also take the Treevotion quiz, and find out which threatened tree species is your greener-half. Mine is definitely the argoun palm, which is only found in oases in southern Egypt and northern Sudan and shelters the local wildlife from the blazing desert sun.

So give trees a chance, and I guarantee they will surprise you!

This is an edited version of an article first published by the Global Trees Campaign – a partnership between Fauna & Flora International and Botanic Gardens Conservation International.

Marta worked as a Communications Intern on the Global Trees Campaign and helped develop the Treevotion quiz to raise awareness about threatened trees. A recent postgraduate with an MSc in Wildlife Management and Conservation, her passion is birds. This led her to spend a summer in Guyana with Operation Wallacea as a research assistant, mist-netting and identifying birds in the rainforest. Her strong interest in wildlife reintroductions also led to an internship with The Ara Project in Costa Rica where Scarlet and Green Macaws are being reintroduced. Her work with the Global Trees Campaign helped her to realise that trees are also awesome.