Without ecology there is no economy

Helen is a programme manager within FFI's Conservation Partnerships Programme. Helen has worked in the UK's environmental sector for nine years, on projects ranging from community-based conservation to the development of regional biodiversity action plans and integration of these into a wide range of business sectors.

The recent words of Barry Gardiner, UK Member of Parliament and Shadow Minister for the Natural Environment & Fisheries, encapsulate one of the primary reasons for the destruction of ecosystems and biodiversity worldwide: that the undeniable value of nature is invisible in economic decisions.

Despite the enormous value that forests, mangroves, peatlands and hundreds of other ecosystems hold for mankind, their worth is absent from national economic indicators and most corporate and government policy decisions.

The concept of natural capital – the stocks of physical and biological resources and the capacity of ecosystems to provide a flow of services that contribute to human wellbeing and sustainable development – seeks to change this, by placing a monetary value on nature that has concrete meaning for decision-makers. 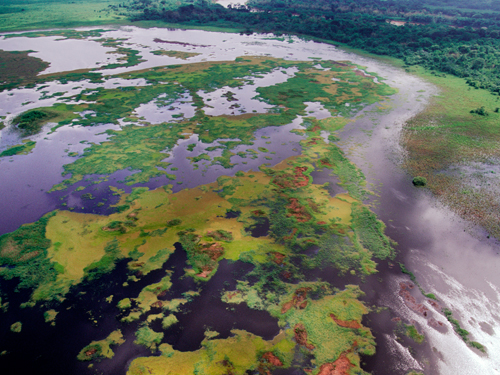 Designed to build on the outcomes of the United Nations Conference on Sustainable Development (aka Rio +20), November’s inaugural UN-backed World Forum on Natural Capital brought together nearly 500 people from 35 countries in Edinburgh to discuss why and how governments and companies can value nature.

The event launched the Scottish Forum on Natural Capital, a ground-breaking initiative that will make Scotland the world’s first state to calculate the monetary value of its water, land, air and the benefits they deliver to society – and the cost of depleting them.

The Scottish Forum unites public, private and civil society organisations to protect and rebuild its natural capital, with a focus on how companies and policy makers can make informed decisions about their environmental impact, assess the benefits Scotland’s natural capital provides and work to protect it.

Just how much is nature worth?

“The value of mangrove is £1,000 per hectare,” said Jonathan Hughes, Director of Conservation at the Scottish Wildlife Trust. “But if you factor in storm protection, the fact fish use them to breed in and their climate regulation – the mangroves are worth around £21,000 per hectare to the local communities.” 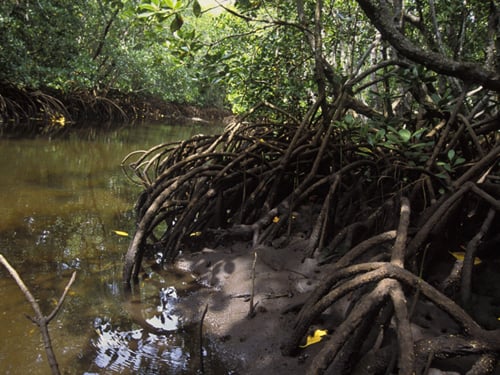 Mangroves act as buffers between land and sea, protecting shorelines against storm damage and erosion. They also provide breeding and nursery grounds for many commercial fish, shrimp and crab species. Credit: Evan Bowen-Jones/FFI.

Scotland’s natural capital is worth an estimated £21.5 to £23 billion per year to Scotland’s economy, underpinning vital sectors like tourism and food and beverage. Although our current understanding of economic growth is based on the availability of natural capital, there is a finite amount of capital in natural assets.

Economic growth needs to be adjusted for natural capital asset degradation and GDP is not a fair assessment of the state of a nation’s wealth as it fundamentally misses the mark when it comes to environmental assets. In fact, the degradation of natural capital artificially inflates GDP, as employment is generated by the remediation efforts associated with environmental impacts.

If we want to ensure that natural assets are sustained, their upkeep must be paid for.

Whose natural capital is it anyway?

Puma is the first multinational company to produce an environmental profit and loss protocol to account for natural capital through their supply chain and several water management companies. SABMiller has reduced their un-costed business impacts (water use and greenhouse gas emissions) by $300,000 per year and boosted farm income by providing advice to 6000 small scale barley farmers in Rajasthan, India.

Despite these and many other examples of leadership, there is obvious mistrust between government, civil society and business when it comes to valuing nature.

On the first day of the conference, campaigners from groups such as the World Development Movement gathered outside the conference venue dressed as salesmen offering to sell Ben Nevis, the British Isles’ highest peak, to arriving delegates. They claimed that giving nature a value amounted to an attempt to privatise it.

What was missing inside and outside the Forum is a narrative that clearly explains the objectives of a natural capital framework and the need to value nature, in a way that governments, citizens and businesses can understand. We need more buy-in and leadership from government to set policies and regulation, as well as more collaboration with civil society.

Companies need to focus on why and how to value and account for natural capital, not only on site level environmental and sustainability issues. We also need to open the dialogue on no-go zones – areas where development is likely to harm natural capital resilience – that are identified by looking at the landscape as a whole. 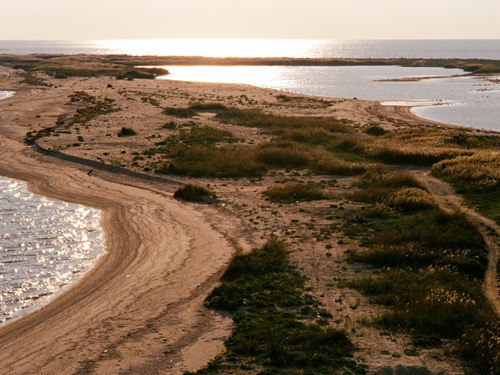 Assigning natural capital a price is inherently complex: it has to capture the value of ecosystem processes, such as flows of water, nutrients and energy; as well as a range of services, from pollination to recreational opportunities, all of which are underpinned by biodiversity and can have no global equivalent measure of economic worth.

Yet, to give something that is priceless to humankind an economic value of zero is tantamount to destroying it. The common analogy is that if nature were a bank account, we are currently living off the capital, rather than the interest – unworkable in economic terms and a bleak outlook for future generations.

Given the economic and social costs of the destruction of nature, the risk of continuing down a ‘business as usual’ path is too enormous to ignore. British campaigner and environmentalist Tony Juniper sums up the argument concisely: “Without Ecology there is no Economy.” It’s beyond time we started recognising it.

Watch Pitch for Nature, a two-minute video on why businesses should invest in nature.

Read The Economics of Ecosystems and Biodiversity (TEEB), a comprehensive overview of the global economic benefits of biodiversity and ecosystems and the cost of their loss.

Keep your eye out for the upcoming Natural Capital Business Hub, an online platform for businesses engaging in natural capital.

Helen is a programme manager within FFI's Conservation Partnerships Programme. Helen has worked in the UK's environmental sector for nine years, on projects ranging from community-based conservation to the development of regional biodiversity action plans and integration of these into a wide range of business sectors.