Wild ass – no longer the butt of jokes

The wild ass of Mongolia is a ‘landscape species’ which ranges over vast areas of its last refuge, the Gobi Desert. These animals pay no attention to official protected areas, have no clear routes, and are susceptible to impacts from all the new roads, pipelines and power lines being constructed as a result of the booming mining industry.

Wild ass are hunted, but not so much by local herders as by city dwellers who have been known to use automatic weapons to kill a herd, rip out the tongues as a delicacy, and leave the corpses to rot where they fell.

I frequently worked in Mongolia in my last job at the World Bank and studies we commissioned revealed the threats to the wild ass in the Gobi. My preoccupation with wild ass became the butt of jokes among my colleagues so I am more than a little satisfied that the systematic analyses that Fauna & Flora International (FFI) was recently involved with for the enormous Oyu Tolgoi (OT) mining project in South Gobi Province concluded that it is the single-most significant biological feature there. 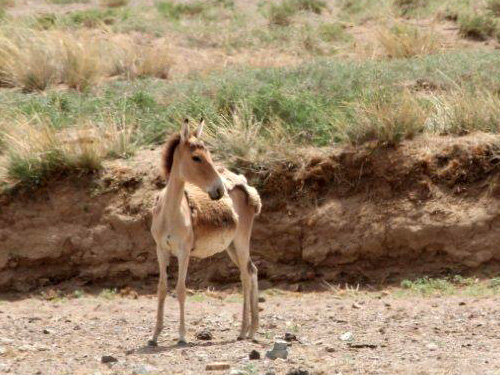 As part of the planning process, OT had to satisfy the Mongolian regulations on environmental impact assessment, and when it was given the formal ‘all clear’ the construction work began in earnest. However, OT then sought external financing – notably from the International Finance Corporation of the World Bank, and the European Bank for Reconstruction and Development. Their standards are higher than the national ones, and the impact assessment has had to be considerably reworked – especially the sections on biodiversity. 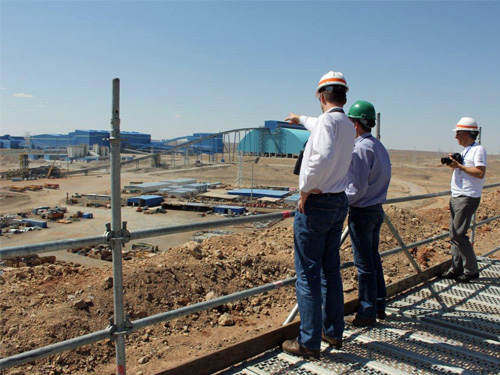 To get all the requisite documentation together, OT needed assistance and FFI was chosen to lead a group including The Biodiversity Consultancy, the Wildlife Science and Conservation Centre, and the Wildlife Conservation Society.

Our decision to get involved was due partly to the opportunity it presented to do some ground-breaking work of great potential significance, but also because Rio Tinto (with whom FFI has a long-standing relationship) had by this time become the majority owner of OT.

At least in part due to that relationship, Rio Tinto has become the global leader in the extractives sector for its policies on biodiversity, and the company has now adopted a global policy of achieving a ‘net positive impact’ – that is, biodiversity should actually be better off in the landscape surrounding its mining areas because of Rio Tinto’s presence.

It is all about results though; it matters not how many million dollars a mining company’s website tells the world it is spending on environmental matters if the outcome of that expenditure is the continued or even aggravated degradation of ecosystems and species.

Using established methods, our team found that the area was most critical as habitat for the wild ass, but very important also for Argali sheep, goitered gazelle, a number of threatened plants, as well as for water regulation, livestock pasture, biomass fuel, and freshwater. It was also found to be significant for nine bird species including the Houbara Bustard. 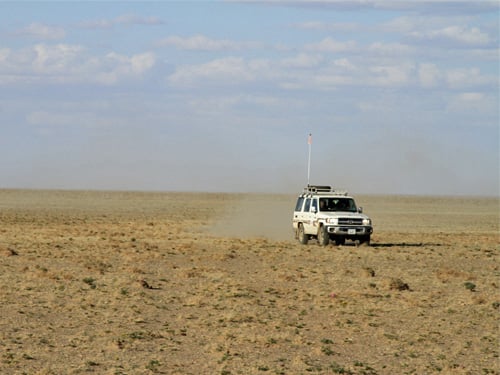 On survey in the Oyu Tolgoi region. Credit: Tony Whitten/FFI.

We concluded that OT will have six main impacts on these priority biodiversity features:

Mitigation options were identified, but sadly some of these are no longer possible because construction has advanced too far and opportunities for action have been lost.

Nowadays, dealing with impacts is more than just patching up some of the project damage. Although OT has avoided and minimised some of its impacts, there are still residual biodiversity impacts (such as illegal hunting, habitat loss and bird collisions with power lines) which need to be ‘offset’ in order to achieve a net positive impact. 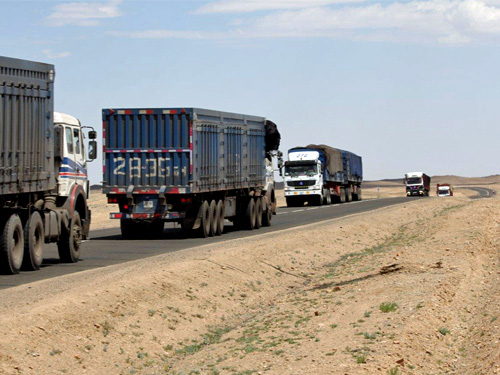 But here’s the tricky part: to secure the external finance, these mitigation and offsetting actions will need to be applied at a landscape scale of some 50,000 km2.

The good news is that there are already some shining examples of how these offsets might be achieved for the wild ass – WWF Mongolia’s Mobile Anti-Poaching Unit project, for example, achieved a 50% reduction in hunting across 75% of the landscape in which it operated in western Mongolia (with good local involvement), and FFI has had similar successes with its Tiger Protection and Conservation Units in Sumatra.

Over the next 25 years it will be necessary to measure the changes expected, but to do this we will need to establish a baseline of the abundance and distribution of key species and features against which future changes can be monitored.

Because its range is so extensive, the wild ass makes a good indicator species; if hunting can be controlled and the population can be stabilised and increased, those alone would be indicators of a much broader success. However, its extensive range also makes this species difficult to study, and novel methods (such as high-tech aerial surveys perhaps) will need to be adopted to effectively monitor the population. 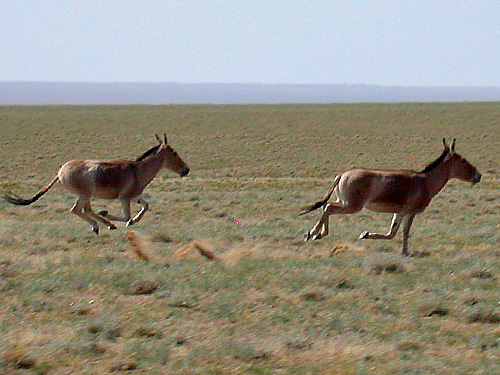 The OT project is such a massive undertaking that it has the potential to wreak massive damage to the southern Gobi, inflicting the kind of degradation that we have seen in other areas in Central Asia.

However the efforts we have seen to date give me great hope that perhaps this project might be different – if done well, OT has the potential to set new standards for other companies to follow, providing a model of how conservation and mining in this frontier region can work together.

And it’s great that the wild ass is no longer the butt of jokes.