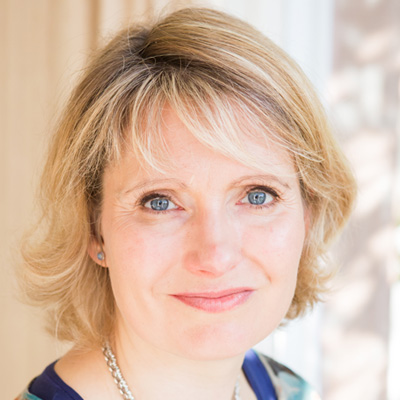 Abi joined FFI in 1996 after studying Zoology at Oxford University and completing a PhD in bat ecology at Aberdeen University. Since then she has held a number of roles in the organisation, and is currently Director of Conservation Science and Design.

When it comes to conserving tropical forests and the carbon stored within them in order to prevent climate change, the role of forest animals may be too important to ignore.

A new paper authored by scientists at Fauna & Flora International (FFI) gathers evidence which suggests that failure to protect biodiversity – particularly large mammals – could negatively affect tropical forests in the long term. One of the biggest threats comes from hunting, which can reduce tree survival and decrease forest resilience to climate change, disease and fires.

The paper, published in Oryx – The International Journal of Conservation, highlights the importance of biodiversity conservation to one of today’s key approaches to protecting forests and preventing greenhouse gas emissions: REDD+.

REDD+ (short for Reducing Emissions from Deforestation and forest Degradation) tackles global climate change by protecting standing forests and the carbon stored within them. The ‘+’ signifies going one step further to include sustainable forest management and activities that actually increase the carbon stored in forests.

A staggering 13 million hectares of the world’s forests (an area roughly equivalent to the size of Greece) are lost or degraded every year. The primary drivers of this loss are land conversion for agriculture, infrastructure development, logging and other consequences of a burgeoning population and a growing demand for food, fibre and fuel.

This trend is one of the major contributors to climate change, responsible for 12% of global greenhouse gas emissions. Standing forests store enormous amounts of carbon, and this is released into the atmosphere when forests are felled and when land is transformed.

The authors argue that in order for REDD+ projects to help keep carbon locked in trees in the long term, they need to address wider threats to the biodiversity living within forests as well as protecting the trees themselves.

The biodiversity between the trees

REDD+ protects forests primarily for the carbon they store, by preventing clear-cutting, fragmentation and destructive forest fires. Project success is measured mainly by forest tree cover and carbon stocks – but this does not always protect the myriad other species within forests that keep them functioning as a whole.

Based on a review of recent scientific articles, the new paper argues that biodiversity loss can cause a reduction in forest carbon storage in at least two ways: by changing forest composition and by reducing tree survival.

Hunting – driven by increasing human population, greater demand for wild meat and expanding wildlife trade networks – is the greatest threat to mammals and birds in tropical forests. Because it tends to target large species like primates and hoofed animals, particularly those that disperse tree seeds, hunting can prevent seed dispersal and the growth of new saplings.

Hornbills are one example of a bird species that disperses tree seeds in the tropical forests of Rwanda. Credit: Simon Pugh-Jones.

As large trees are lost, they are often replaced by plants like lianas (woody vines) whose seeds are dispersed by wind rather than animals. This changes forest composition over time, reducing the forest’s ability to sequester and store large quantities of carbon.

Loss of species may also make it more difficult for forests to withstand damage or degradation caused by climate change. Without diverse plants and animals as ‘biological insurance’ forests may suffer extensive tree die-off or long-term degradation from disturbances like fires and disease.

Hunting, together with other threats such as invasive species, can reduce biodiversity in the short term, but only change tree cover over time – meaning that declines in forest health could go unnoticed for decades.

Protecting biodiversity to save our forests

Although biodiversity conservation is already becoming an important part of some REDD+ projects, the authors argue that it should be present in all.

Dorothea Pio, a Biodiversity Specialist at FFI explains, “There are so many important challenges in our quest to keeping tropical forests standing that we risk neglecting one of the key elements to maintaining their long-term health. If we don’t make conservation a core objective of REDD+, projects could preserve forests that appear healthy in the short term, but may have actually lost key species, be less resilient and less able to store as much carbon over time.”

The authors hope that the evidence their paper presents will help the international community recognise the importance of biodiversity to the long-term success of REDD+. They advise that reducing hunting should be a top priority, especially where it targets species important for the dispersal of tree seeds.

“We need to think about the long term,” adds Dorothea. “We need to understand the interactions between the plants and animals living within forests if we want them to be healthy in the decades to come.”

Read the media release [downloads as PDF] or explore the full article: Does the long-term success of REDD+ also depend on biodiversity?

Abi joined FFI in 1996 after studying Zoology at Oxford University and completing a PhD in bat ecology at Aberdeen University. Since then she has held a number of roles in the organisation, and is currently Director of Conservation Science and Design.