Why conserve a “killer”?

Snakes lack the charismatic appeal of the iconic species that typically champion successful conservation initiatives. Pandas are endearing because they are cute, koalas are cuddly, big cats are majestic, elephants are imposing, but no such favourable adjectives are usually attached to serpents.

Birds grace the skies with their aerial displays, fill the forests with song and colour the landscape with their brilliant plumage. Snakes in contrast are cryptic, silent and attempts to quickly locate all but the most commonly occurring species are often lessons in futility. They are the popular subjects of animal phobias and it has even been suggested that we are born with a predisposition to fear them.

Garnering public support for a snake-focused conservation initiative is therefore inherently challenging. If the snake in question happens to belong to the Bothrops genus, a group of serpents dubiously famed for causing the most deaths in South and Central America, then changing public perceptions become a far more difficult proposition. Yet, conservationists in Saint Lucia are partnering with Fauna & Flora International (FFI) in a campaign to conserve one such serpent, the Saint Lucia fer-de-lance. The logical question: Why? 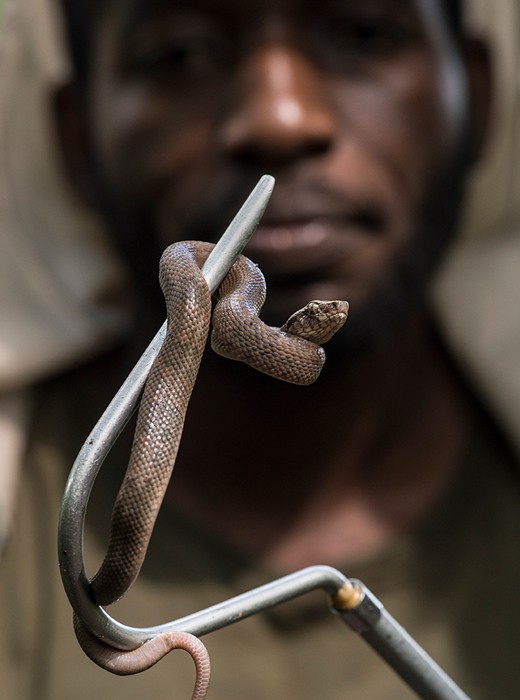 The Saint Lucia fer-de-lance (also known as the Saint Lucia pitviper) is, as may be suspected from the name, found nowhere else but on the island of Saint Lucia.

Although generations of local school children were taught that these snakes were imported in droves to keep slaves from fleeing plantations into the surrounding forests, this is in fact completely unfounded. The Saint Lucia fer-de-lance was here long before the island was colonised by humans and is uniquely part of Saint Lucia’s heritage. In 2016, the school text book was revised by our project to remove the erroneous claim that the snakes were introduced, and has been replaced with a module on the snakes of Saint Lucia and how to avoid snakebite.

Utilitarian minds however, may dismiss the justification of conservation on the basis of national endemism as mere patriotic drivel. For such people, the discussion below may be more convincing.

Ecosystems consist of networks of connected food webs with all organisms fulfilling an integral role. Snakes are no exception and, as a predator, the Saint Lucia fer-de-lance is a critical contributor to the health of the island’s terrestrial habitats. Snakes of this genus feed primarily on small and medium sized vertebrates. These include birds, rats, mice, opossums and lizards. Without the fer-de-lance, the populations of its usual prey species would increase unchecked and the entire natural system would be thrown off-kilter.

Serpents add ecosystem service value by acting as agents of rodent control. Reports from agricultural belts of India and Vietnam have claimed that declining snake populations are linked to explosions of ravenous rodents that have resulted in significant crop losses.

While local Saint Lucian farmlands may have little in common with the corn fields and vast rice paddies of Southeast Asia, correlations between declining vipers and increasing rodents, and between increasing rodents and falling agricultural profits, are anything but far-fetched.

Indeed, the health of the ecosystems around us depend on the complex interactions of the organisms that make up these systems. Snakes and other predators are essential for maintaining these ecosystems which we in turn rely on for our very survival. 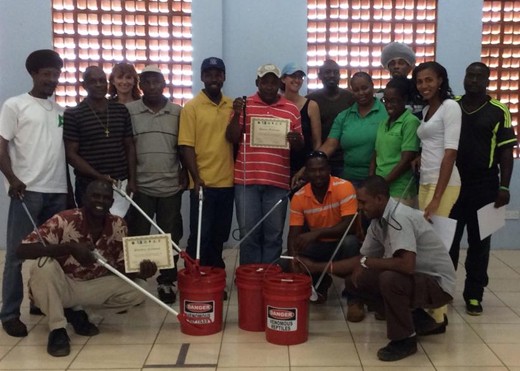 Ironically, the same venomous cocktails known to produce tissue necrosis, haemorrhaging, blood clots and respiratory system collapse have been found to be valuable in treating disease. Insect, arachnid and snake venom are currently being used in cancer treatment and pain relief. Pitviper venoms, in particular, have long been studied in the quest for novel heart disease and stroke treatments. The world’s first ACE inhibitors (revolutionary pharmaceuticals used to reduce blood pressure) were discovered in the venom of the Brazilian pitviper, a close relative to the Saint Lucia fer-de-lance.

Venoms are highly complex chemical concoctions and their compositions vary between and even within species. Each venomous snake species and, to a lesser extent, venomous snake individual may be unique in its potential medicinal value. Therefore, every endemic pitviper of Saint Lucia as well as the species as a collective may harbour distinctive offerings of significant biomedical consequence.

We have only just begun to understand the value of the many species with which we share this planet. All too often, we appreciate them only after their wild populations have been completely wiped out and the resulting void becomes evident. The entire spectrum of our planet’s biological diversity is essential to our very existence and conservation is a mandate that we all share as custodians.

Whether we value this species intrinsically simply because it exists, or entirely upon its ecological and biomedical merit, the essence of the matter is simple and succinct. Why should we conserve the pitvipers of this island?

Because we need them.

Caveat: It should be noted that human health and safety are a critical component of current fer-de-lance conservation efforts. Under the fer-de-lance management plan, which FFI and our partners developed through a consultative process involving farmers, foresters, biologists, the medical community and other stakeholders in Saint Lucia, the island-wide elimination of snake-bite induced deaths and disabilities are essential and attainable targets.