Why art thou yet so fair? Looking more closely at degraded habitats

…Eyes, look your last!
Arms, take your last embrace! and, lips, O you
The doors of breath, seal with a righteous kiss
A dateless bargain to engrossing death!

Romeo made a big blunder by killing himself when he saw Juliet lying in repose in the Capulet vault. As those familiar with Shakespeare’s tragedy will know, Juliet was not really dead, but rather in a self-induced, death-like coma, awakening just moments after Romeo draws his final breath.

The same ‘Romeo’ error was committed in Cebu (Philippines) more than half a century ago when scientists, looking at the island’s degraded forests, assumed that most of its endemic species must be extinct. 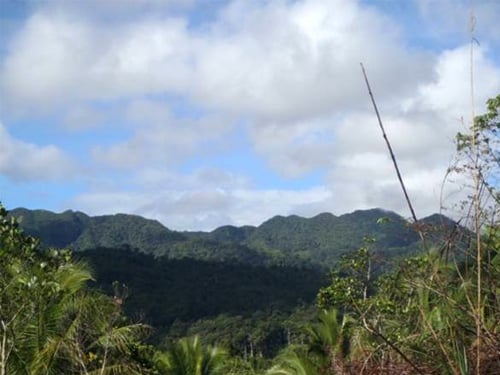 In recent years however, thanks to intensive ground surveys led by Fauna & Flora International’s Philippines team, many of these ‘lost’ species have been rediscovered and new forest patches found.

This has led to the creation of a locally-based, independent NGO that is now lobbying for the protection of these remaining forest patches and the conservation of the island’s threatened endemic taxa.

Southern Leyte, another province in the Philippines that is similarly notorious for its severe forest fragmentation, nearly suffered the same fate as Romeo and Cebu, as many conservation initiatives wrote the area off and rushed to protect bigger forest patches (such as in eastern Mindanao and Samar Island) instead.

But in November 2011, a team of biologists from Fauna & Flora International (FFI), the National Museum of the Philippines, the Protected Areas and Wildlife Bureau, the Department of Environment and Natural Resources, and local universities surveyed Southern Leyte covering six municipalities (Silago, Hinunangan, Sogod, Maasin, Tomas Opus and Malitbog).

The month-long ground surveys confirmed our suspicion that the forest cover and biodiversity importance of Southern Leyte have been grossly underestimated. 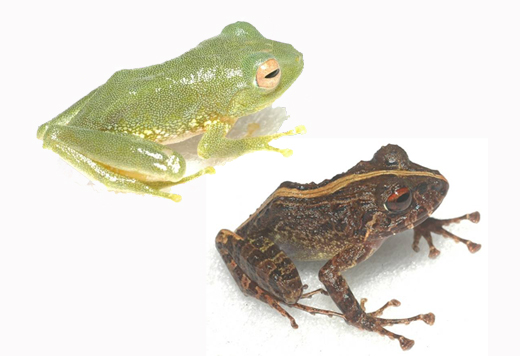 The two new frog species discovered during the survey.

Among the survey’s findings were 89 plant, bird and mammal species that are endemic to the Philippines, not to mention 64 species of amphibians and reptiles (most of which are also found only in the Philippines).

The icing on the cake was the discovery of two frog species that until now were unknown to science, along with the detailed documentation of the ecology of Leyte’s endemic vertebrates.

Analysis of the data collected showed that Southern Leyte’s fauna is concentrated around the province’s forest and riverine habitats, and gives us an idea of the tolerance of various species to disturbance.

The findings provide a scientific baseline that will allow us design appropriate management plans and monitoring schemes for the region, as well as helping us plan ecologically-sound forest rehabilitation and restoration projects.

The two new frogs (yet to be named) belong to the genus Platymantis and inhabit the montane and mossy forests of the Nacolod Mountain range.

The two new frog species discovered during the survey.

We anticipate that there are more exciting findings to come with follow-up surveys during the dry season.

All of this serves as a reminder that there is no such thing as a basket case! As in Cebu, all that is needed is for us to look beneath the degraded surface, conducting detailed surveys that can help us make conservation decisions more responsibly.

We are ecstatic that, together with our partners (and thanks to funding from GIZ and the UNDP-funded NewCaPP project) we have been able to avoid the same tragedy that befell poor Romeo and Juliet.