What’s in a name – the perils of naming new species

When I called my parents to inform them that the Holden name was about to have an historical continuity they naturally assumed I was, at last, announcing the future arrival of a grandchild. I quickly amended the misconception with the news that I had discovered a new and striking plant which, when it was finally described, would bear the Holden name. This particular plant was interesting because it was carnivorous; a type of insect-eating pitcher plant of the Old World genus Nepenthes. From obscurity in the mountain forests of Cambodia’s Cardamom Mountains it was about to enter the scientific world as Nepenthes holdenii. 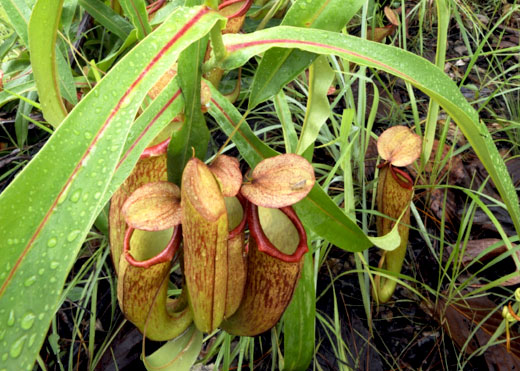 Discovering a species new to science may seem like a singular event in itself, but over the years it has become a familiar part of my work with Fauna & Flora International (FFI), especially in the rainforests of south-east Asia. It is generally assumed that with the world now so thoroughly trampled there is nothing new left to find. This, as any tropical, deep sea, or microbiologist knows is not the case. There are currently around 2.5 million species recognised on Earth: most biologists agree that the final number will exceed 10 million, while some put the figure as high as 30 million.

I am not a scientist, just a photographer with an eye for detail. Nevertheless, in the past decade I have either discovered, or been party to the discovery of about a dozen new species. The most notable of these was a small tree frog with the distinction of having green blood and turquoise-coloured bones. Others have included a red-eyed snake, a cave-dwelling gecko, and most recently a blind and legless lizard. 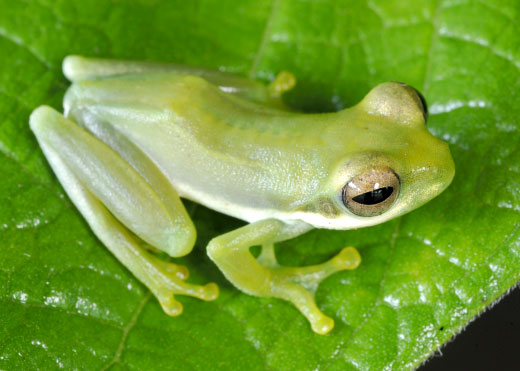 Most of these new species were cryptic and nocturnal and not easily stumbled across: their discovery reflects many hours tramping through the nighttime forests with a torch, sometimes in the company of tigers and unfriendly elephants. Stumbling across an undescribed and flamboyant carnivorous plant was of a different order. Nepenthes are not easy to miss. They grow as a straggling liana often bearing large and colourful pitchers that are in fact modified leaves containing a soup of digestive juices.

It is actually more difficult to find an expert to confirm a species is new to science than it is to find the species in the first place. Go into the tropical rain forest with a mercury-vapour light trap and within a single night it is very likely that a new species of insect will turn up – a jewel-like beetle or a slender snout moth. But finding someone to identify this beetle or moth as a new species may prove impossible.

I first found Nepenthes holdenii in 2006. Due to Cambodia’s unsettled past, little field work had been conducted in the kingdom for many years and botanical texts that could pin down the identity of the plant were scarce. Contacting botanical experts, I eventually found a French national, François Mey, who thought the plant might be new to science.

In a flurry of excitement he came out to Cambodia and we made the grueling trek up into the Cardamom Mountains. Within 10 seconds of seeing the plant he announced it was a new species, and for my efforts he was going to name it after me. At first I was uncomfortable with this idea. Although not uncommon, the practice of naming a species after an individual has fallen out of fashion. At best it is seen as not giving the species a nominal link to either its environment or a particular unique characteristic, at worst as smacking of imperialism – especially if the name is not that of a national from the country in which the species occurs. 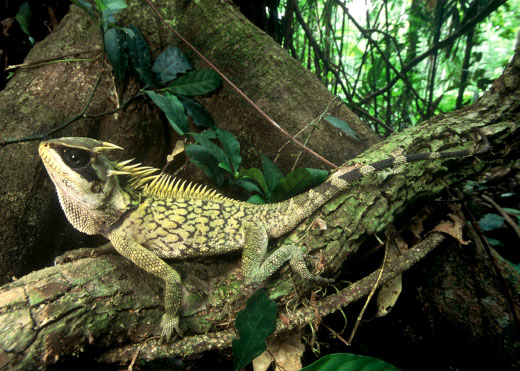 Horned lizard Acanthosaura cardomomensi, found in Cambodia on an FFI expedition in 2000 and recently described as a new species by Wood, et al 2010. Credit: Jeremy Holden/FFI

Before a species can enter the scientific literature as valid it must first be rigorously described and given a binomial scientific name, often but not always derived from the Latin. This description is then reviewed by other experts. If they are convinced of its validity it can be published in a credible scientific journal. The first new species I found, a diminutive montane frog, was named Philautus cardamonus – Philautus denotes the family and cardamonus the Cardamom Mountains where it lives. Similarly, the green-blooded frog was given the specific name samkosensis after a particular mountain.

In conservation circles this type of naming is preferred as it helps to highlight a specific locality, which more often that not is threatened. With this in mind I declined permission to give my name to this species. However, the choice lies with the person doing the describing, and in this case I was overruled by François. This new carnivorous plant was going to be named Nepenthes holdenii whether I liked it or not.

On reflection there were elements to this idea that worked. Unlikely to ever have children, this could serve as my legacy and carry the family name forward. I was also amused by the irony: a carnivorous plant named after a life-long vegetarian – wonderful.

Since the description of Nepenthes holdenii was released in 2010, FFI have been party to the discovery of three new bats in Indochina, another snake and a type of chubby skink in Cambodia (both shortly to be published) and the Myanmar snub-nosed monkey. These findings are testament to both the fascinating places we work, and the organisation’s commitment to sound science.