What is a species?

From the time we started living in groups, hunting and gathering food from the forests around us, it helped to name everything. Names made communication easier, clearer. Today, we talk about conservation measures for different endangered species; about scientists discovering new species. Definitive phrases like “scientists discover a new species of cave fish” – gives the word “species” an aura of certainty.

A recent count by science philosopher John Wilkins showed as many as 26 definitions of what makes a species. The purpose of this blog is not to elaborate the 26 types – Wilkins has done a great job. It is simply to examine the public understanding of this esoteric, but critical concept. 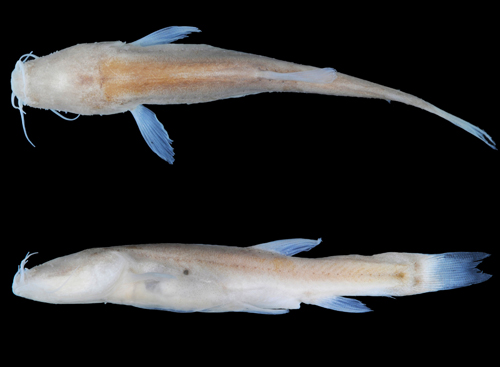 The original ‘textbook’ definition of a species, the one ingrained in the public conscience, was given by Ernst Mayr. He defined species as: “Groups of actually or potentially interbreeding natural populations that are reproductively isolated from other such groups.” This definition is apt for some species, but in others, the boundaries are very fuzzy.

Take a European bird of one species, and an American bird of another. The reason they are not mating could just be the Atlantic Ocean keeping them apart. Some plant species don’t need pollen to carry on to the next generation; some lizard species are all-female, and don’t need males at all to reproduce. How do you define a species in these cases?

Evolution of the term

One way to try and answer this question is through the evolutionary species concept. If a group can be traced back to one shared ancestor, they form a species. But where do you draw the line? If we go back far enough in time, we are all derived from the one ancestor.

Also, there are some animals and plants that are hybrids of two other species. The mule is a classic example – a cross between a female horse and a male donkey. This is an artificial hybrid, but there are cases in nature where species in adjacent areas reproduce to form a hybrid. There is mating between the two species, but not enough to make the two old species one new species.

Another way of drawing species boundaries is by making a phylogeny – a kind of family tree that scientists get by sequencing stretches of DNA and drawing a tree of relationships between the species. The tip of each branch of such a tree would show a species. The problem here again is – where do you draw the line? Can one mutation in one gene generate an entirely new species? 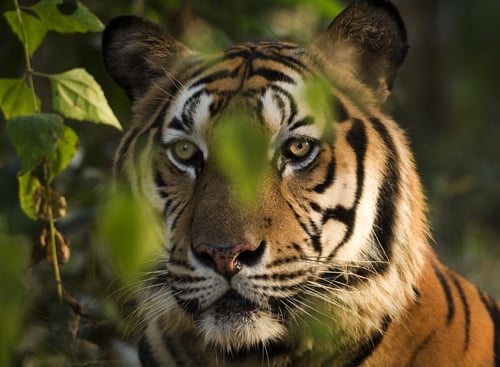 Also, it takes millions of years for genes of different groups to differentiate from each other. Two groups just starting to separate cannot be diagnosed as different. Or worse, many groups in the process of separating can give a completely wrong picture of the evolution of that group. We cannot always get reliable species boundaries in this manner.

To overcome the shortcomings of each methodology, scientists today opt to look at all of the evidence as a whole in order to define species boundaries. This is called ‘integrative taxonomy’, and it takes into account how a species looks, where it lives, its DNA sequences, and uses rigorous statistics to determine what can actually be called a species.

A rose by any other name…

Taxonomy as we know it – the science of naming different species – came about because of one Carl Linnaeus, a Swedish naturalist who spent his lifetime cataloguing living things. Linnaeus came up with a system that put species into groups, which were nested within one another. Take the rose. It belongs to a ‘family’ containing roses, strawberries and raspberries. This family is nested within an ‘order’, made of similar families – roses, mulberries, hemps, elms and nettles. This and other similar orders group under flowering plants, which are all obviously plants, so come under the plant ‘kingdom’. 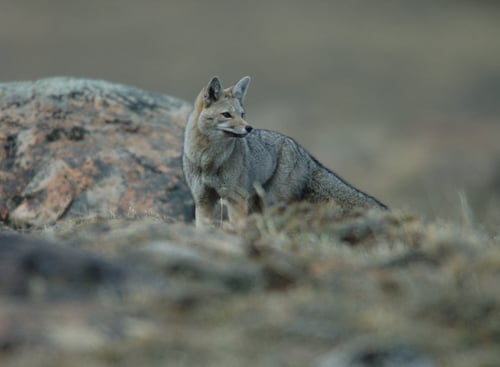 The grey fox (Urocyon cinereoargenteus) is a species within the canine (Canidae) family, along with the grey wolf and the domestic dog – itself a subspecies of the grey wolf. Credit: Evan Bowen-Jones/FFI.

Human beings are Homo sapiens. This scientific sounding Latin name follows Linnaeus’ binomial nomenclature. The species name sapiens means ‘wise’ and the genus name Homo means ‘man’ in the gender-neutral sense. Species in the same genus are related to each other.

Within a species, there are sometimes sub-categories called subspecies. This happens when two groups are different, but not different enough to be called different species. For example, the domestic dog is actually a subspecies of the grey wolf. The grey wolf and the coyote are ‘sister species’ – two different species in the genus Canis.

But, wolves and dogs are genetically very similar. They also have a lot of shared biological traits: the same gestation period, pups are born blind and deaf, they make similar noises, and they follow the same grooming pattern. Importantly for the human-dog relationship, the domestic dog views its owner the same way as wolves view the dominant member of the pack.

But there end the similarities. Wolves can be tamed, but can never be domesticated like dogs. They cannot be housebroken, and their predatory instincts overtake any training. In this case, there are two ‘groups’ that are very similar, but are different in some key characteristics. This resulted in the scientific classification of dogs (Canis lupus familiaris) as a subspecies of the grey wolf (Canis lupus), and not as a sister species.

After deciding on the name, the discovering scientists have to publish a paper to let others in the community know the latest update for a particular group. The new name will remain, unless contested by another scientist working on the same group (which does happen quite often).

Fauna & Flora International had the rare opportunity in 2012 to auction the right to name a new species discovered by Odette Curtis of the Overberg Lowlands Conservation Trust. 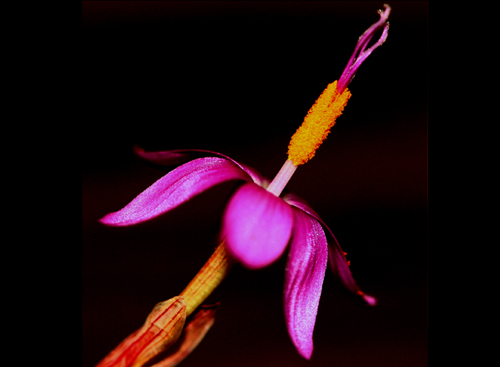 But regardless of a species’ scientific nomenclature, many species come to be known by their common name, which can vary greatly depending on who you ask. One man’s killer whale is another man’s orca. What one person calls a mountain lion, another may call a cougar. And so on.

This is one of the reasons why scientific names are so handy – by using the binomial nomenclature system put forward by Linnaeus, we can not only be clear about what species we are referring to, but also infer relationships between species.

Of course, when successfully contested by subsequent researchers, these scientific names are subject to change. But as Shakespeare said, “What’s in a name? That which we call a rose, by any other name would smell as sweet.”