We work the black seam together – the sting of energy impact 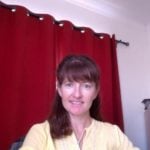 Michelle Pfaffenthaler works with Pippa Howard in Fauna & Flora International's (FFI's) Business & Biodiversity Programme, as the Technical Advisor for mining. Michelle has degrees in environmental management, zoology and botany. She has been working with the mining industry for the past 14 years both as an environmental and biodiversity consultant and as as an employee for mining companies. Michelle has worked on projects in South Africa, Namibia, Botswana, Mali and Seychelles and is currently based in Swakopmund Namibia - the heart of the Uranium mining industry in Namibia. Michelle acts as FFI's Business & Biodiversity Southern African representative, represents FFI in various coal initiatives and assists the Mining partnership managers to implement their biodiversity programmes.

I am sitting in front of my computer and a Sting song is reverberating in my head “One day in a nuclear age they may understand our rage … la la la … Cars were to become cheap and clean, grimy faces were never seen … La la la … we work the black seam together.” Back in 1985 the dilemma of nuclear versus coal and the impacts that it has on the world was already a hot topic. Twenty six years later the topic is even hotter, the impacts the earth and its inhabitants are feeling are worse and the solutions are not readily forthcoming.

In 2008 James Hansen and eight other scientists published Target Atmospheric CO2 – Where Should Humanity be Heading. In this publication it was suggested that coal power should be totally phased out by 2030 based on the fact coal is the greatest contributor to human-made increase in CO2 in the atmosphere (Wikipedia).

Until the Fukushima disaster in 2011 it seemed inevitable that nuclear power would become a major component of the energy mix and might contribute to the phase out of coal, based on the fact that it is cleaner than coal from a CO2 emissions point of view. Yet the disaster clearly reminded everyone of the darker side of nuclear and since then uranium prices have fallen substantially, Germany has ceased it nuclear operations, and a number of other countries are reviewing their nuclear policies. Of course some countries, such as India and China are still forging ahead. It is highly unlikely that nuclear energy will disappear from our world but it is not likely to meet growing energy needs in the short term.

We have just stepped into 2012 and it is very clear that a world without coal fired power stations or a world where coal operations (coal mines and utilities) that do not emit greenhouse gases (methane and CO2) is far from being a reality. In fact, a recent article in the Mining Weekly indicated that global coal demand would continue to expand aggressively over the coming five years (14 December 2011). 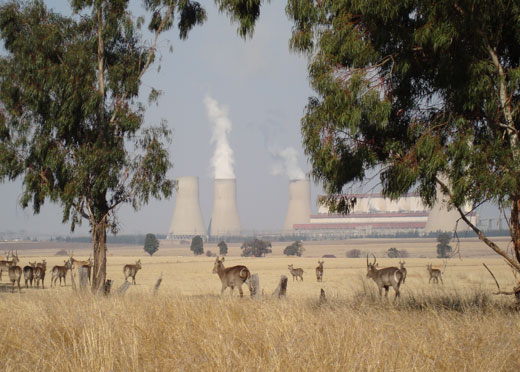 With over seven billion people on the planet, our insatiable demand for power, coupled with the numerous crippling impacts this demand will likely have on our ecosystems, is pulling us into an ever-tightening spiral, out of which it is becoming increasingly difficult to recover. Even renewable technologies, towards which so many of us are shining our torch of hope, have negative impacts that compound loss of biodiversity.

But with nuclear and renewable energy in general being seen as medium to long-term solutions, we are still very much dependent on fossil fuels – lots of it! And whilst the public may voice its disapproval at how dirty coal power is, we have made very little effort to curb our energy needs. So until humans consciously start to change their energy habits we will see an increase in the extraction of fossil fuels and an increase in the number of coal fired plants.

All is not doom and gloom. Public pressure on the coal industry has at least forced them to start looking more carefully at how to operate more sustainably. In the last couple of years, two initiatives have emerged in Europe aimed at improving mining standards in the coal industry.

The Dutch Coal Dialogue is a multi-stakeholder initiative, made up of all of the Dutch Trade unions, three NGOs, almost all Dutch utilities and three big mining companies (Anglo American, BHP Billiton and Xstrata). The initiative commenced in August 2010 and will run until mid 2012. Its principle aims are to:

The Better Coal Initiative (BCI) is a group of major players in the European energy market that are working to establish a new business-led initiative to promote the continuous improvement of corporate responsibility in coal mining, with a specific focus on the mines themselves. The initiative is still in its formative stage but the intention is to register Better Coal as an NGO in 2012. 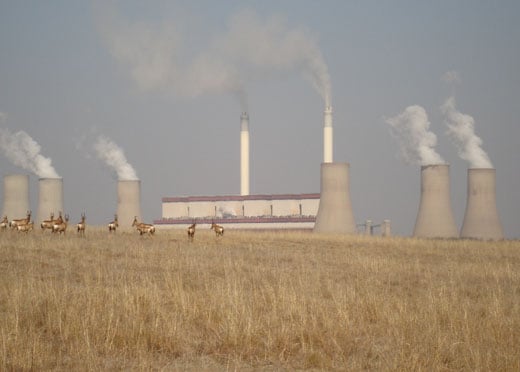 The BCI mission is to advance the continuous improvement of corporate responsibility in the coal supply chain by improving business practices through engagement with stakeholders and based on a shared set of standards. Better Coal is not intended to be a climate initiative, but one which focuses on improving the social and environmental conditions of coal extraction (Better Coal 2011).

In late 2011 Fauna & Flora International (FFI) was approached to participate in both initiatives, to provide guidance on best practice in sustainable environmental management. We decided to participate because there is an urgent need for existing and upcoming coal mines to take a far more proactive approach to biodiversity and ecosystem services (BES) management. We hope to play a valuable role in developing awareness within this sector and in helping to drive on the ground improvement – not only in the coal-mining sector, where these dialogues are currently focused, but in the power generation sector too.

These dialogues provide a valuable platform for getting to understand the intricacies and complexity of the coal supply chain and for creating opportunities for some of the planets worst polluters to engage in meaningful discussion around the conservation of our planets water, land and air systems. It’s still early days but we hope that these initiatives will catalyse proactive action within the sector.

In addition, as two of FFI’s biodiversity partners, Rio Tinto and Anglo America, have extensive interests in coal mining (both existing mines and greenfield projects) it is critical that FFI understand not only the BES issues associated with coal mining but the industry itself.

Michelle Pfaffenthaler works with Pippa Howard in Fauna & Flora International's (FFI's) Business & Biodiversity Programme, as the Technical Advisor for mining. Michelle has degrees in environmental management, zoology and botany. She has been working with the mining industry for the past 14 years both as an environmental and biodiversity consultant and as as an employee for mining companies. Michelle has worked on projects in South Africa, Namibia, Botswana, Mali and Seychelles and is currently based in Swakopmund Namibia - the heart of the Uranium mining industry in Namibia. Michelle acts as FFI's Business & Biodiversity Southern African representative, represents FFI in various coal initiatives and assists the Mining partnership managers to implement their biodiversity programmes.