The Conservation Leadership Programme (CLP) funded projects in both Nepal, in 2010 and 2013, and India, in 2016, to improve the outlook for these overlooked species. In March this year, a CLP Learning Exchange brought a project team member from each country together to share their knowledge.

Khima Nand Balodi, who led a project to assess the population status and threats facing vultures in Uttarakhand, India, in 2016, visited Bhupal Nepali, who was part of a team working to strengthen Vulture Safe Zones in Nawalparasi, in 2010, and to enhance community-based conservation in western Nepal in 2013. Here, Khima shares his Learning Exchange experiences.

As part of my CLP’s Future Conservationist Award my team and I have been conducting field surveys to assess the population status of several vulture species. We have also been trying to fully understand what is threatening vultures in the lowland of Uttarakhand state, which is a potential site for a Vulture Safe Zone (VSZ). I’m interested in this work because vultures play a crucial role within ecosystems, by eating carrion and helping prevent the spread of disease. But they also suffer from being maligned and misunderstood, which has hindered their survival. 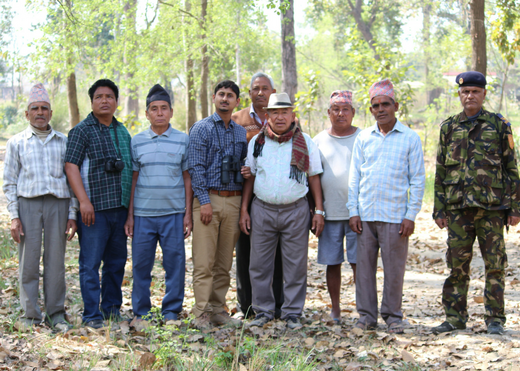 I spent my first few days in Nepal learning about the work being done by Bird Conservation Nepal (BCN), with Krishna Bhusal in Kathmandu. Krishna was also part of the 2013 CLP project team alongside Bhupal Nepali, and is now BCN’s Vulture Conservation Program Officer. Nepal has initiated successful in-situ vulture conservation interventions, such as community-managed Vulture Safe Zones, and the declaration of Diclofenac Free Districts, both of which emphasise the importance of cooperation between multiple stakeholders. We discussed the work we’re involved with in our respective countries, including my ongoing CLP project, and came up with a plan for the rest of the trip so I could learn as much as possible about what’s been effective in Nepal.

I then headed west to Butwal to join Bhupal, who had arranged for us to meet with lots of different people and organisations over the next few days. We met with para-vet associations, and with government officials from the veterinary and forestry departments, who are concerned about vulture conservation. We spoke with community forestry associations about their role in monitoring nests and raising awareness, and with vulture restaurant (special sites where carcasses are left out to feed vultures) management committees about their work in ensuring safe food is available. We met district livestock service officers and pharmacists to discuss the use of diclofenac and alternative drugs, and also held discussions about transboundary issues relating to drug use and monitoring in cases where safe zones span the India-Nepal border. Everyone shared a lot of information with me and I found it all very useful. 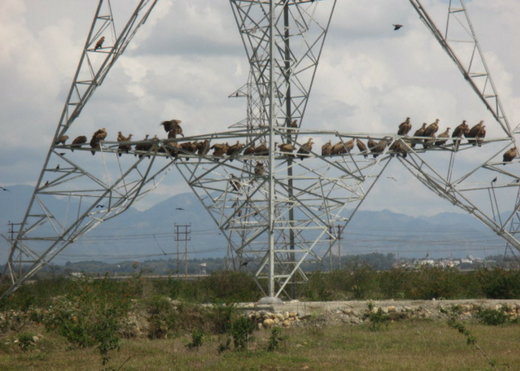 We also visited three safe feeding sites — in Gaindatel, Pithauli and Dhachuk — to observe how these were managed, and a municipal waste site to see how this was run and which species could be found there. Finally, we visited two nesting colonies of the Critically Endangered white-rumped vulture, where we were able to see chicks in the nest.

The Learning Exchange was also useful in deepening my understanding of Nepal’s cultural heritage — for example, we visited Lumbini, the birth place of Buddha — and its close linkages with India. I also gained insight into the potential for using the religious and philosophical connections that vultures have in South Asia in their conservation.

The field visits, and the interactions with different stakeholders, gave me lots of ideas to take back to India, and to use in the advocacy, education and outreach plan I’m developing for Uttarakhand. I ended my trip in Kathmandu, working on that plan from the BCN office, and I’m putting it into action now that I’m back in India. I’m also in the process of organising a meeting about transboundary vulture conservation, to share and discuss these issues further with state institutions in both countries, and working on an action plan for vulture conservation in Uttarakhand state which can be incorporated into the Vulture Conservation Action Plan of India. I am very thankful to CLP for supporting this excellent experience, and for the opportunity to develop a collaboration with BCN team members. 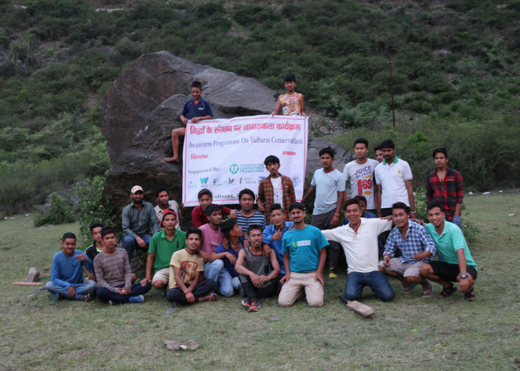 Since returning to India, I have continued with our project work in Uttarakhand. We have collected 100 tissue samples from livestock to assess the use of diclofenac, and we have also recorded very small, scattered populations of two Critically Endangered species, the white-rumped vulture and the red-headed vulture, in Uttarakhand state. But electrocution risk seems to be the major existing threat to these vultures, as we recorded more than 100 dead electrocuted birds, including vultures and steppe eagles, at various carcass dumping sites. These are often situated close to transmission lines, making collisions likely, so we are working to shift all unsafe sites to safer locations.

We have also conducted several meetings with various stakeholders in the state and have organised 15 awareness camps in various districts of Uttarakhand, as per the plan prepared during the learning exchange. To celebrate International Vulture Awareness Day 2017, we are conducting around 20 events in different locations through local NGOs, schools, volunteers and our Vulture Mitra (Friends of the Vulture) initiative.