Whether you’re a fan of superheroes or not, there is no escaping the action film which is breaking box-office records this year. Personally, I’m a big fan of The Avengers and their array of superhuman abilities to defeat evil and save the planet.

In the real world, we mere mortals have a more subtle array of skills to combat conservation concerns but, unlike the Avengers, we can pass on these abilities to our peers. To facilitate this skills transfer, the Conservation Leadership Programme (CLP) has a dedicated fund to support learning exchanges between CLP alumni.

One of the first CLP mentors is a real life Batman (OK, I know Batman isn’t one of the Avengers, but stay with me!). Alumnus Apolinario “Poli” Cariño has several years’ experience in organising awareness-raising campaigns and festivals in support of bat conservation in the Philippines. When he was alerted to Bandana Aul’s call for help he leapt into action. 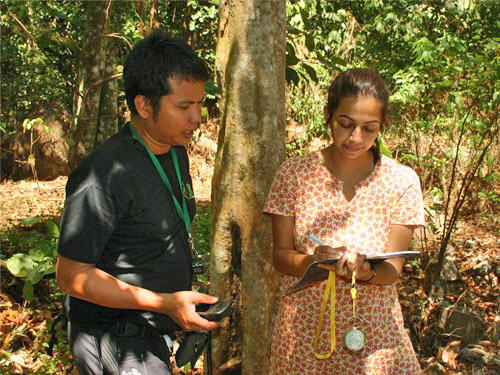 Bandana wanted to replicate Poli’s Filipino festivals in the Nicobar Islands and create a sense of pride among the island’s inhabitants about their biodiversity. The learning exchange trip to the Philippines was a success. “Poli’s skill for education is remarkable,” Bandana said after her learning exchange. “We were able to pick up a lot of tips and will be including them in our next phase of work for the education component.”

In 2010, Diogo Verissimo (who I’m sure, for the sake of this blog, won’t be offended if I call him Captain Portugal!) was awarded a CLP learning exchange grant to travel to Brazil and fight the good fight alongside Weber Silva and his ‘Little Soldiers of Araripe’, commonly known as the Araripe manakin (Antilophia bokermanni).

The Araripe manakin is a charismatic and widely recognised bird which has been adopted as a flagship for forest conservation. But how popular is it actually? 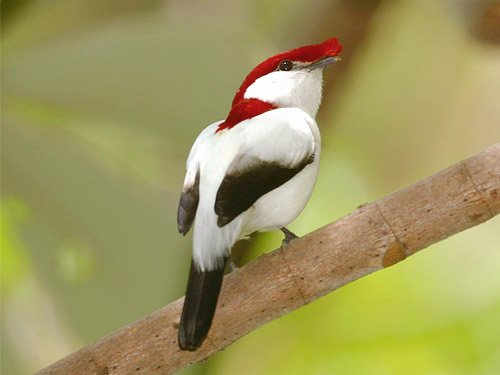 To find out, Diogo mentored Weber in the theory and practice of flagship species selection which is based on brand marketing theory (think about how quickly you recognise an Apple product, or the Pepsi logo). Together, they designed a survey to understand local knowledge, attitudes and behaviour towards the Araripe manakin and work out whether a different flagship species might be a more popular conservation brand.

And finally…The Hellbender! A beast whose name alone would make Thor quake in his fur-lined boots! Also known as the Chinese giant salamander, Andrias davidianus is the world’s largest amphibian and can grow to 1.8 m!

Wang Jie has been studying hellbenders for a number of years but he was having difficulties surveying larvae and adults in the field and had limited knowledge of conservation genetics. Last year he was awarded a CLP learning exchange grant and, working alongside Professor Rod Williams of Purdue University, he received mentoring in distribution mapping, DNA analysis and habitat restoration. He also had the chance to exchange ideas with foreign experts and promote conservation and research on the giant salamanders in China.

So who will be the next CLP alumnus to step out of their field clothes and into their armour-plated Lycra? The CLP is putting out a call for alumni to take part in learning exchanges inside their countries and abroad.

One of my roles is to coordinate CLP learning exchanges so – for any CLP alumni reading – if you think you’ve got what it takes to be a mentor, or if you’re looking for some support contact [email protected] to find out how to apply. The next deadline for applications is 15th August 2012.