For all our incredible experiences in Zambia and its impressive biodiversity, we couldn’t help but notice some of the challenges the country is facing from a conservation perspective.

In Luangwa National Park, we were struck by the near harassment of the big predators by the game drivers. Every vehicle barged its way to the front of the queue, trying to get closer and closer to the game, while massive lenses lunged out windows, jostling to snatch a few hundred flash photographs. The leopards in the areas close to the gate appeared stressed, and had started to hunt during the afternoon – not a good sign. 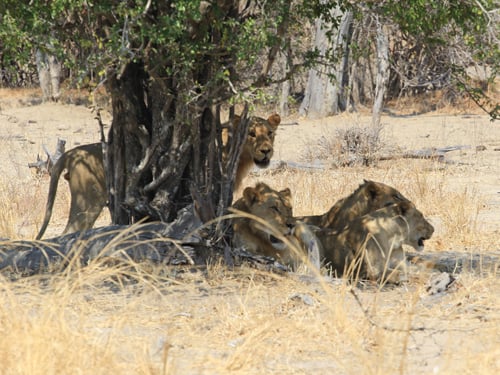 Are lions any less impressive viewed from a distance? Credit: Pippa Howard/FFI.

Kafue National Park, too is struggling. It needs support, tourists, more lodges and good management to address hunting pressures and habitat loss from too many fires. Although the game is recovering, the animals are timid in areas, and have been hunted on the boundaries where there are huge game hunting concessions.

Being charged by a large female elephant was an acute reminder of their persecution and a terrible indictment of the influence of both poverty and the hunger for ivory. 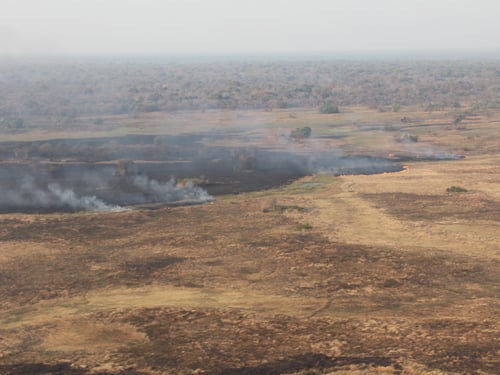 For savannah and other ecosystems, fires are critical to maintaining biodiversity and ecosystem function. But with the wrong frequency, intensity or timing, they can be incredibly harmful. Credit: Pippa Howard/FFI.

For all these challenges, there’s enormous potential too. Kafue’s huge teak, baobab and miombo trees and islands of forest amidst grassland stretches are perfect habitat for a whole range of species, from sable to grysbok. The question is, can we look beyond big game and realise that there’s more to an ecosystem than just the lions and leopards game drivers pursue? 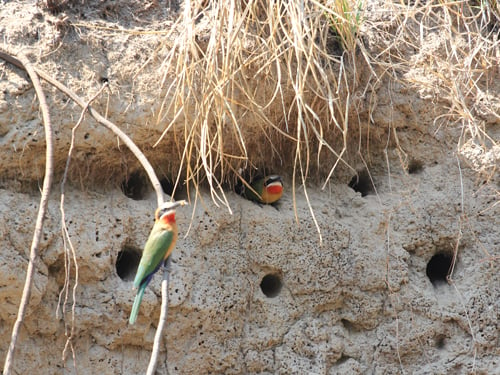 Sometimes the best discoveries are small, like these white-fronted bee-eaters and their nests. Credit: Pippa Howard/FFI.

There’s a story we read to our children as they grew up. It’s about Ngai, god of everything and everywhere to several African tribes, who looks after the balance of things.

My son and I were walking along the Kafue River and noticed how the hippos had made paths up from the river to their night-time grazing grounds, covered with dung. 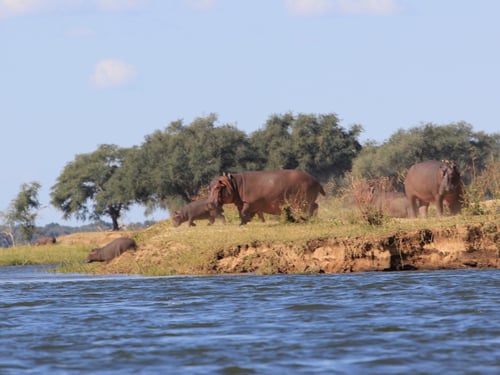 Hippos returning to the cool waters of the Zambezi River. Credit: Pippa Howard/FFI.

My son reminded me of a condition that Ngai had once given the hippos: that they were only allowed to spend all day in cool waters, escaping from the African heat, if they left his fish for other creatures. They could prove it by spraying their dung all over the trees and bushes so Ngai could see that there were no fish bones.

Such is the balance of resources and life in Zambia. Hippos graze like cows, in the grassy meadows alongside the rivers, leaving Ngai’s fishes for other species to enjoy. 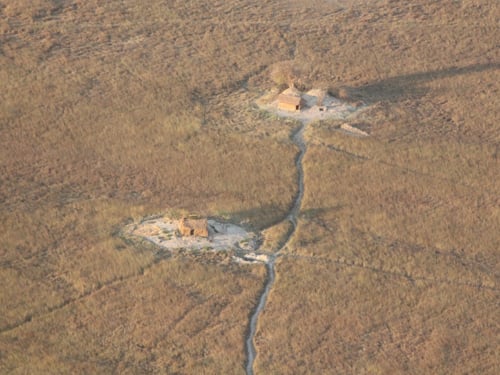 Humans, too, depend on functioning ecosystems. Credit: Pippa Howard/FFI.

If we can apply the same thinking in this spectacular part of the world, with all its rich biodiversity and grave conservation problems, we might just have a chance at keeping the balance.

In early 2014, we learned that the Zambian Government have opened up the Lower Zambezi National Park to mining, and have granted a concession to an Australian/Chinese joint venture to develop a massive copper mine.

Will this give easier access to the elephant populations in this isolated part of the world?  Will poaching increase rapidly as it has in Tanzania and Uganda following extractive companies? Or will that precious balance be lost? 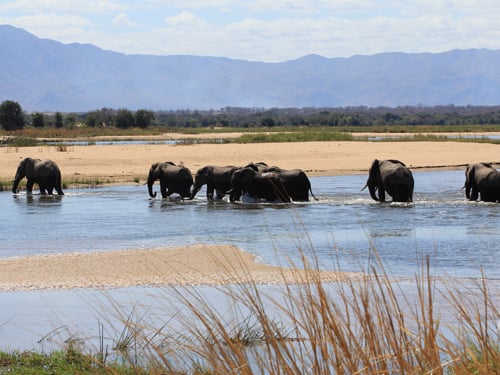