The discovery – at Veal Veng Marsh in Cambodia – comes just three months after a record number of wild baby Siamese crocodiles were spotted in this very same Cambodian hotspot.

The field travel restrictions necessitated by Covid-19 have placed this season’s crocodile nests at even greater risk than normal, so it was particularly gratifying for the team to discover such a sizeable clutch of eggs. 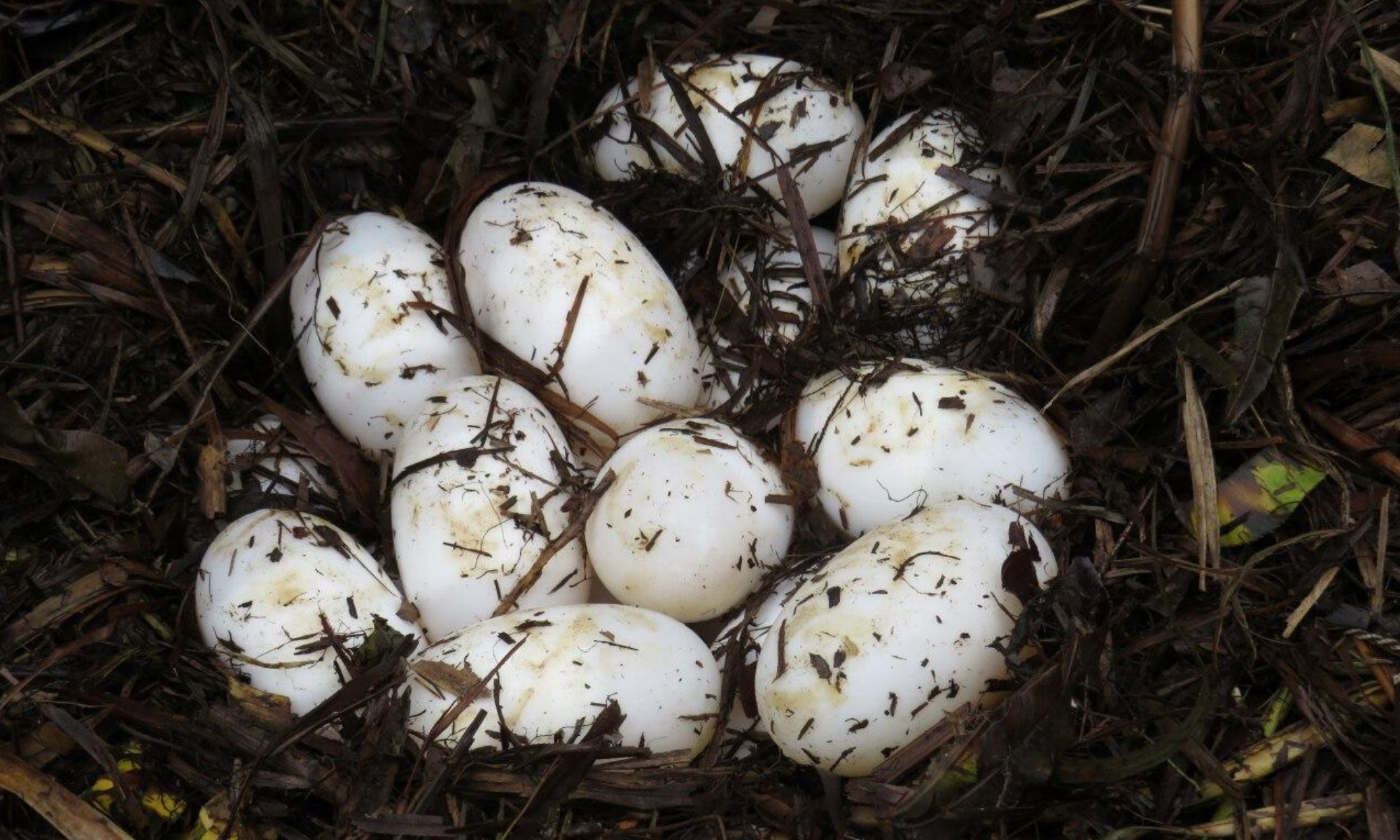 Until recently, the FFI team in Cambodia had put travel on hold as a safety measure, but staff there are now able to cautiously resume their field activities, provided that they have completed a two-week quarantine period beforehand.

Taking advantage of this opportunity, project staff were reunited with the community wardens who have maintained a continuous patrol presence in Veal Veng in order to deter opportunistic poaching of any new crocodile nests.

In April this year, wardens at a different location in the Cardamom Mountains had discovered another nest, but it unfortunately contained no viable eggs. This most recent nest is the only viable clutch found to date in 2020.

Moreover, it is only the second nest that FFI and partners have found at Veal Veng since 2009. The previous one, which contained 14 fertilised and four unfertilised eggs, was located in 2018. It is highly likely that some other nests have gone undiscovered at this large wetland site; the ten Siamese crocodile hatchlings sighted in February this year, for example, are living proof that at least one additional nest was made during the 2019 season. 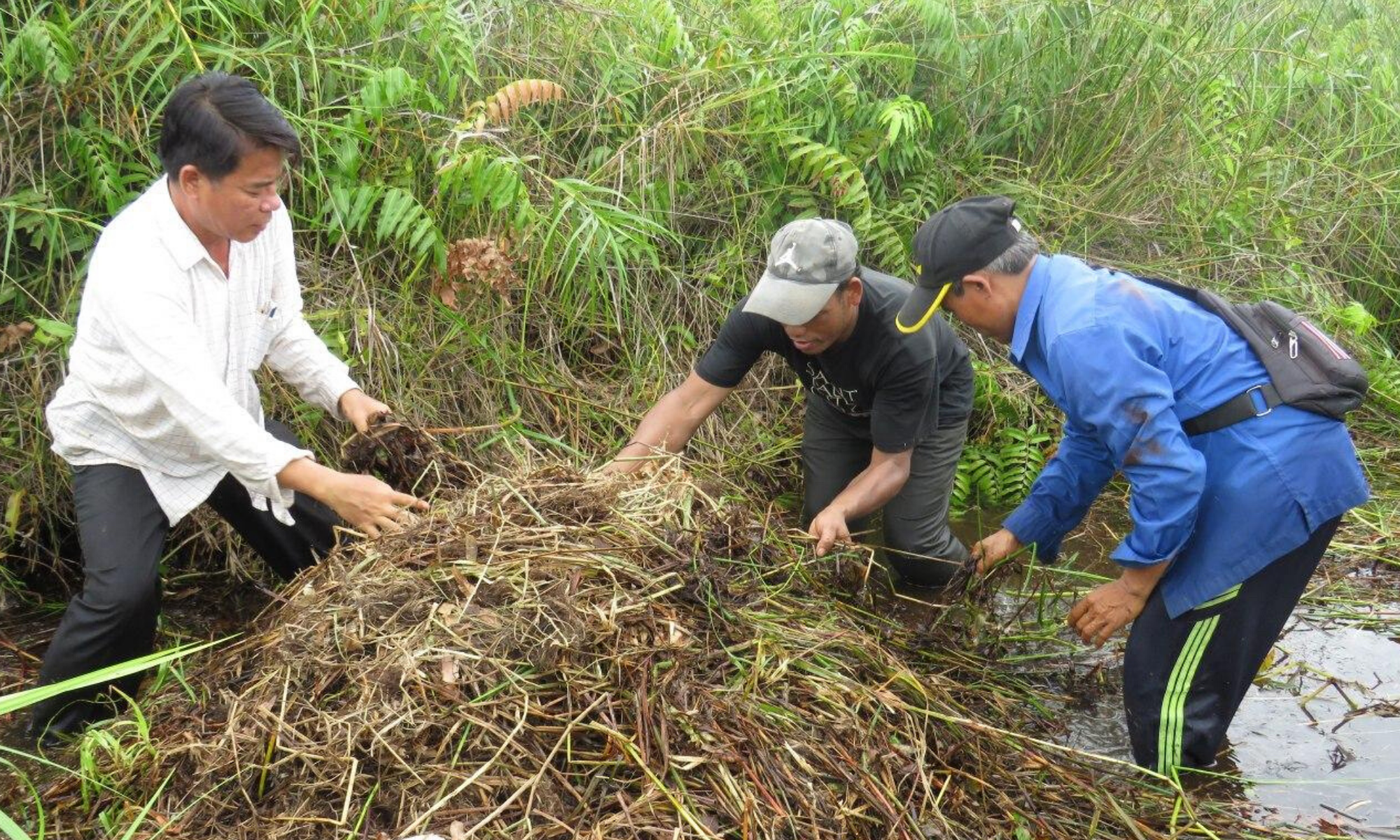 The team prepares to move some of the eggs to a secure site for their own protection. Credit: Han Sam/FFI

​Like their saltwater cousins, Siamese crocodiles build a mound nest out of nearby vegetation before laying their eggs in the centre, relying on the heat generated to incubate the clutch. The majority of the eggs in the newly discovered nest mound at Veal Veng were moved to a safe artificial nest that is protected from predators by a cage and will be closely guarded by community wardens until the baby crocodiles hatch. At this point they will be reunited with the siblings left in the original nest, to ensure that their mother protects them during their first stages in the wild.

​​​The Cambodian Crocodile Conservation Programme, which FFI established in partnership with the Cambodian government, is helping to monitor and protect the wild population of Siamese crocodiles at a number of sites in the Cardamom Mountains.

In cooperation with the Cambodian Forestry Administration, FFI is also breeding crocodiles in captivity to reinforce wild populations and as an insurance policy for the species, which remains precariously close to extinction despite the recovery that the programme has helped to stimulate. 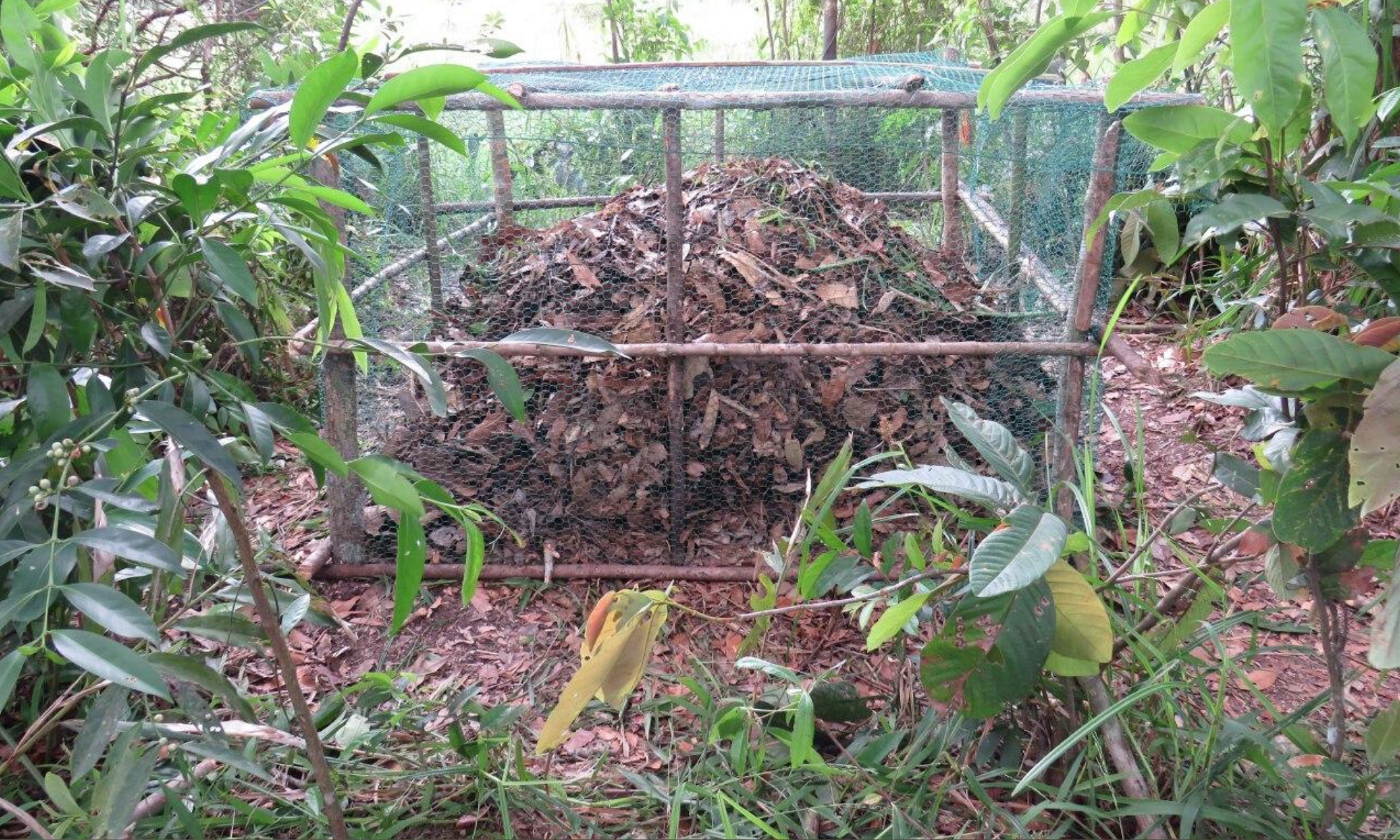 This artificial nest will protect the eggs until they are ready to hatch. Credit: Han Sam/FFI

This year, a total of 55 viable eggs have been laid at the Phnom Tamao breeding centre, and any hatchlings that emerge will remain in captivity until they are large enough to be safely released into suitable wetland sites across Cambodia in order to boost the wild population.

“Veal Veng holds the largest known Siamese crocodile subpopulation and it provides good nesting habitat; protection of the site is therefore of vital importance for the conservation of this critically endangered reptile,” revealed Pablo Sinovas, Flagship Species Manager for FFI in Cambodia. “The Covid-19 restrictions have inevitably had an impact on this year’s monitoring, so under the circumstances the discovery of this clutch is a real cause for celebration.”