Turtle-friendly plastic? A crafty solution to pollution, poaching and poverty 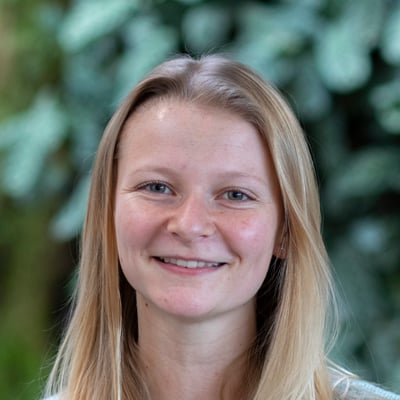 Gabriella has an MSc in Conservation and Biodiversity, and is interested in the conservation of marine habitats and species as a result of living and volunteering in Asia.

Every year thousands of turtles come ashore along the beaches of the south Pacific coast of Nicaragua to lay their eggs. The female turtles return to the beaches on which they were born to lay an average of 100 ping-pong ball shaped eggs into nest holes dug out of the sand. The beaches in this region are of global importance for nesting turtles, including endangered olive ridley turtles, and critically endangered Pacific leatherback and hawksbill turtles.

Sadly these turtles face some sinister threats at the hands of humans. These include the poaching of turtle eggs by marginalised local communities for income, which significantly threatens turtle populations in the region. Additionally, the prevalence of plastic bags on nesting beaches poses a risk, as these are known to be consumed by, and do harm to, turtles.

Fauna & Flora International (FFI) started working in the region in 2001, and has since developed a turtle conservation programme in order to tackle these threats through a range of strategies. These include community ranger patrols, establishing community hatcheries, awareness raising, and supporting local people to find sustainable sources of income, for example through the Weaving for Nature initiative. This is where our turtle-friendly plastic comes in. 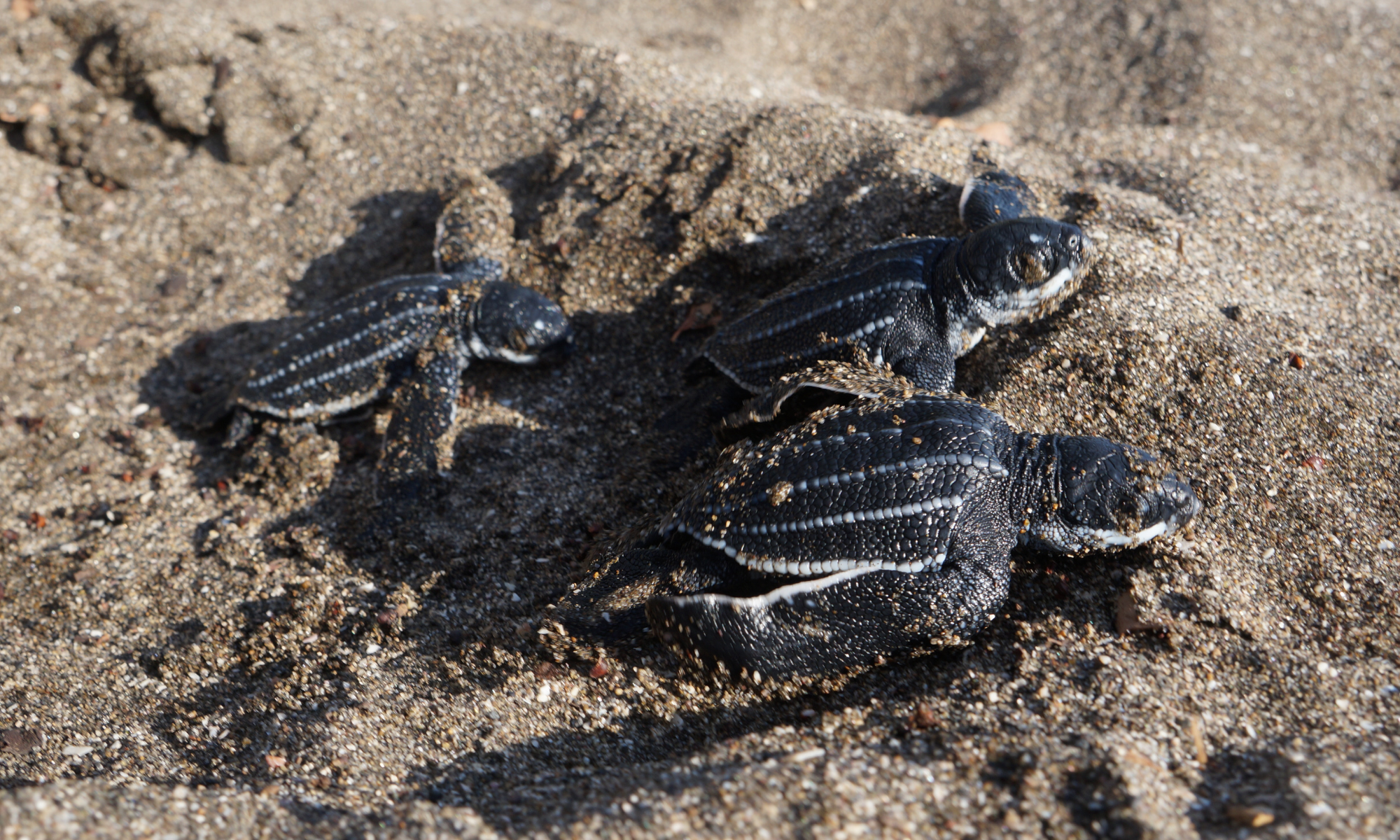 Weaving for Nature was launched in 2007 and involves the formation of women’s weaving groups, who collect plastic bags polluting beaches and weave them into products for sale, predominantly to tourists. The aim is to increase the household income of the participating women, thereby decreasing their incentive to poach turtle eggs, and at the same time to reduce the amount of plastic pollution on important turtle nesting beaches, to lower the risk of turtles consuming plastic bags.

The initiative has been promoted across a number of communities in the region. These communities were known to be poaching turtle eggs, including many of the weavers and their families. These sites also had high levels of plastic waste due to the wide use of plastic by a relatively large population (attracted to the area by the potential income from egg poaching), compounded by a lack of waste disposal facilities, which led to widespread discarding of plastic into the environment. 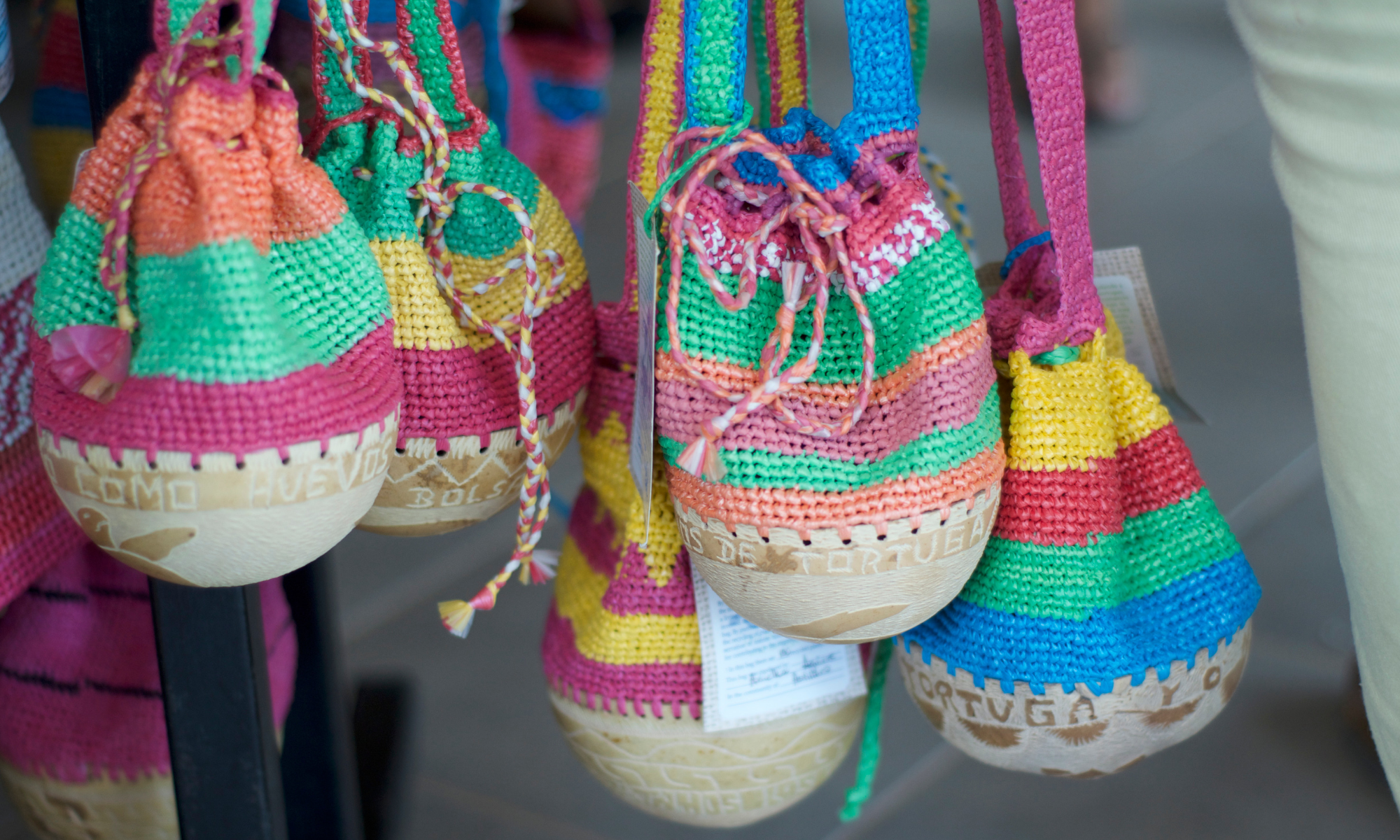 Weaving for Nature has successfully contributed to a wider programme of work that has improved turtle conservation. In particular, this initiative has provided families previously reliant on turtle poaching with sustainable livelihood options and changed attitudes towards turtle conservation, as the in-country coordinator, Alma Susana, confirms: “Many of the women, and many of their relatives who are now part of this initiative, used to go to the beach to poach turtle eggs. Now they visit the same beach, but to clean it.” During the 2017/18 nesting season, 100% of the nine leatherback turtle nests were protected from poaching in Chacocente, a globally important area for nesting sea turtles, resulting in the release of 137 leatherback hatchlings to sea, whereas 100% of all nests were poached prior to FFI’s intervention.

Anecdotal reports also suggest that plastic pollution levels on and around beaches have reduced. A woman from the weaving group in Astillero, a community near Chacocente, recounted: “I feel that in some way we have contributed towards a change in Astillero, because if you came here six years ago, that field over there would be filled with bags that were being blown into the air towards the sea.” 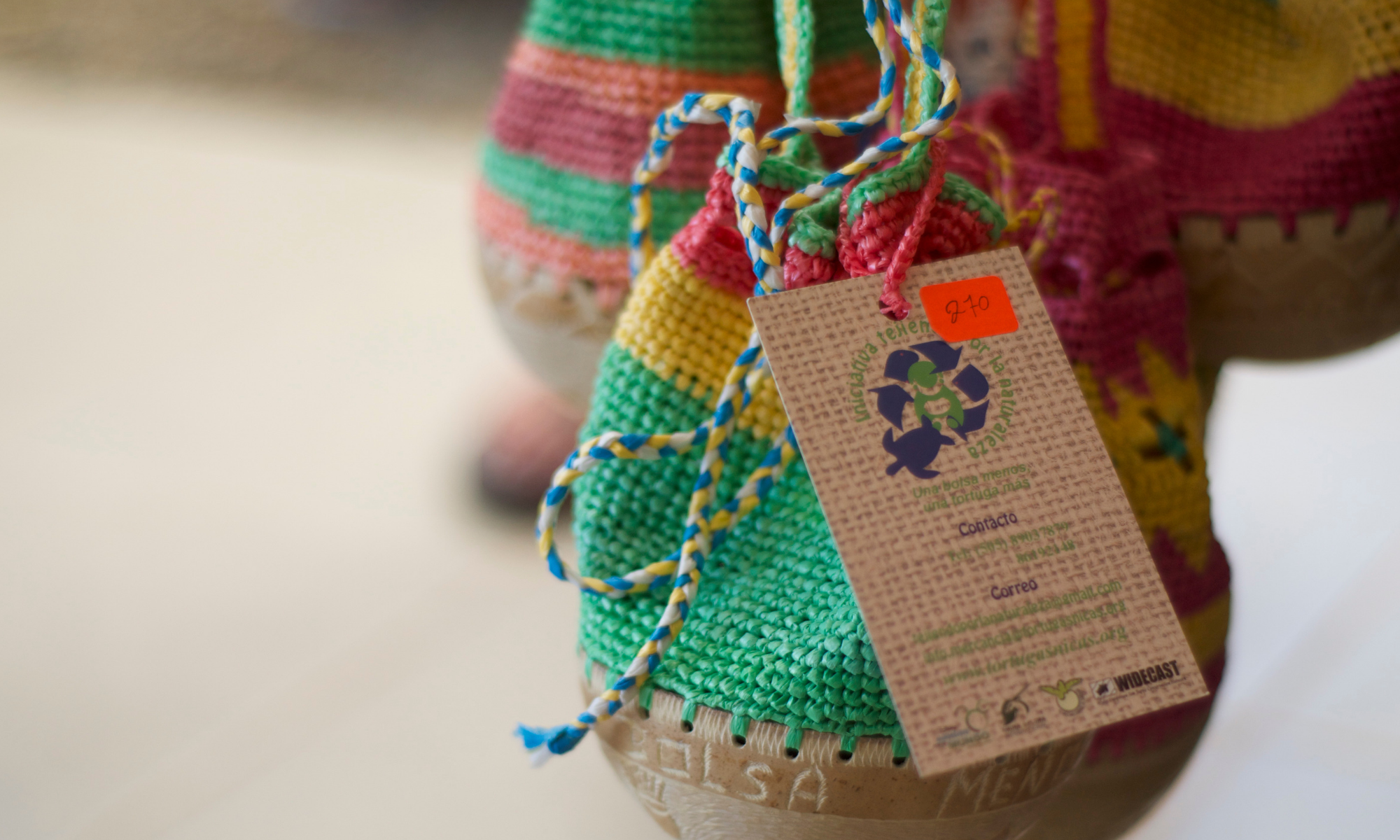 The initiative has also successfully increased household income. It has helped to channel an average of US$100 extra per month back to each weaver, contributing a significant proportion of household income in a region where the average salary is estimated to be US$200 per month in a fishing household.

Furthermore, the women were a disadvantaged group within these marginalised communities; the initiative has brought them together so that they share a common purpose, and has boosted their sense of empowerment and motivation: “I am a grandmother. I am a wife. I am a housewife. I am also a weaver. I am Wonder Woman!” It has improved their social status within their families and the wider community, and the women are empowered to take more control over their lives; for example, they are starting to use family planning to achieve their desired family size.

However, pursuing an enterprise that relies on plastic waste in order to tackle plastic pollution has not been without its challenges. Developing this kind of initiative requires careful examination of potential social, livelihood and health implications. Nonetheless, if appropriately considered, they can achieve positive environmental and socio-economic impacts, as highlighted above. In developing Weaving for Nature, a number of lessons have been learned. We have shared these in a learning document in the hope that they can be applied to subsequent projects that plan to use a similar approach in order to tackle plastic pollution.

Gabriella has an MSc in Conservation and Biodiversity, and is interested in the conservation of marine habitats and species as a result of living and volunteering in Asia.