Trophy hunting. It’s one of the most emotive and divisive issues in conservation today, but Fauna & Flora International (FFI) had no hesitation in endorsing a trophy hunt with a difference earlier this month that saw a number of teams go toe to toe in the heart of the West African rainforest in a bid to claim their pint-sized elephant prize.

World Elephant Day is held each year on August 12th and – without the intervention of FFI and partners – its significance might well have escaped those living in close proximity to the last remaining population of forest elephants in Guinea. With that in mind, FFI staff hit upon the idea of marking the occasion by holding a local football tournament in collaboration with the government wildlife authority, Centre Forestier de N’Zérékoré. 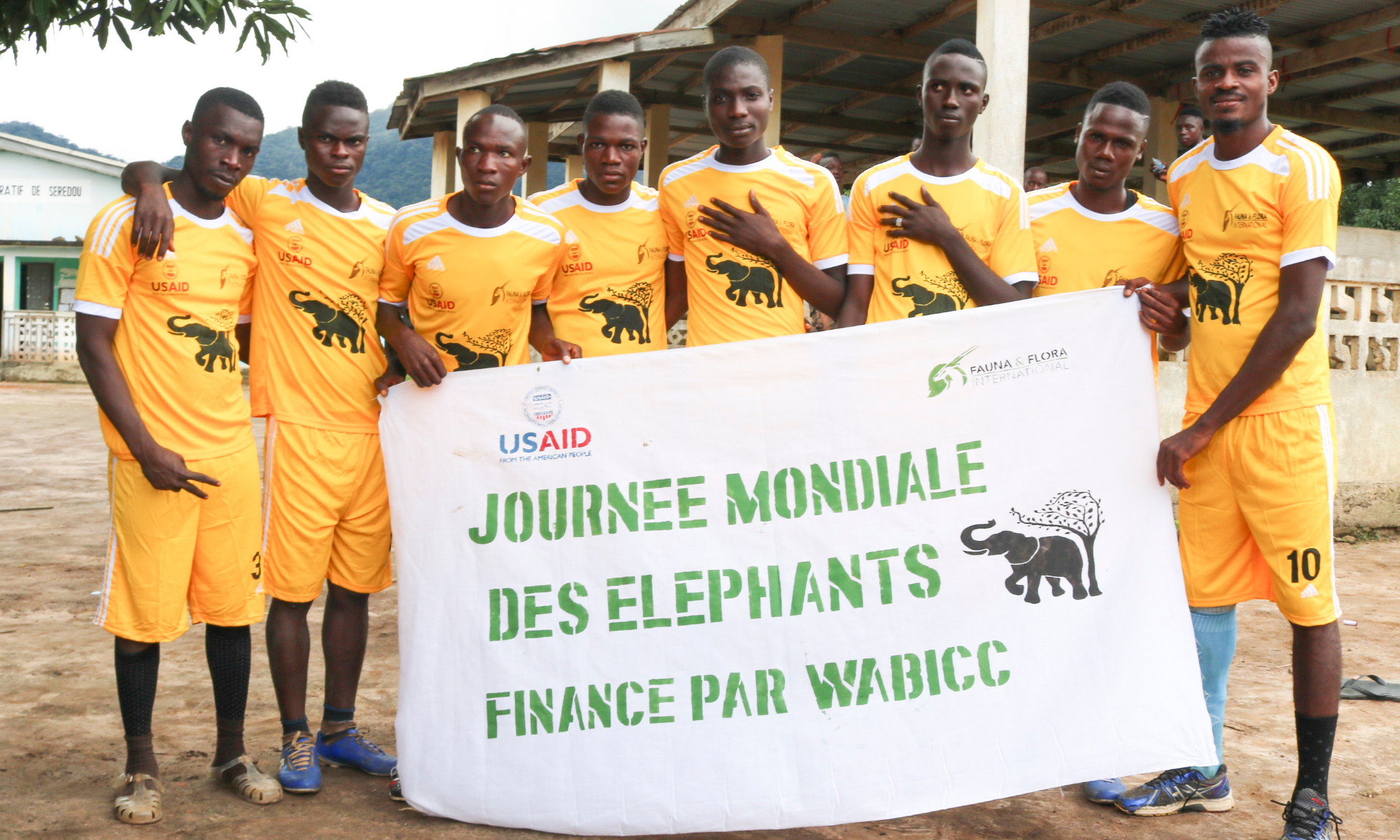 One of the teams holds up a banner promoting World Elephant Day. Credit: FFI

The goal was to raise community awareness – particularly among local youths – about the plight of the pachyderms on their doorstep, to change their perceptions and to kick-start their involvement in protecting these magnificent animals.

As their name implies, forest elephants favour a very different habitat from their more familiar savannah-loving cousins. Forest loss and fragmentation is therefore one of the main threats to their survival. As their habitat is eroded by logging and agricultural encroachment, elephants are increasingly coming into contact with people, and these human-wildlife interactions can often be problematic, with both sides paying a heavy penalty. 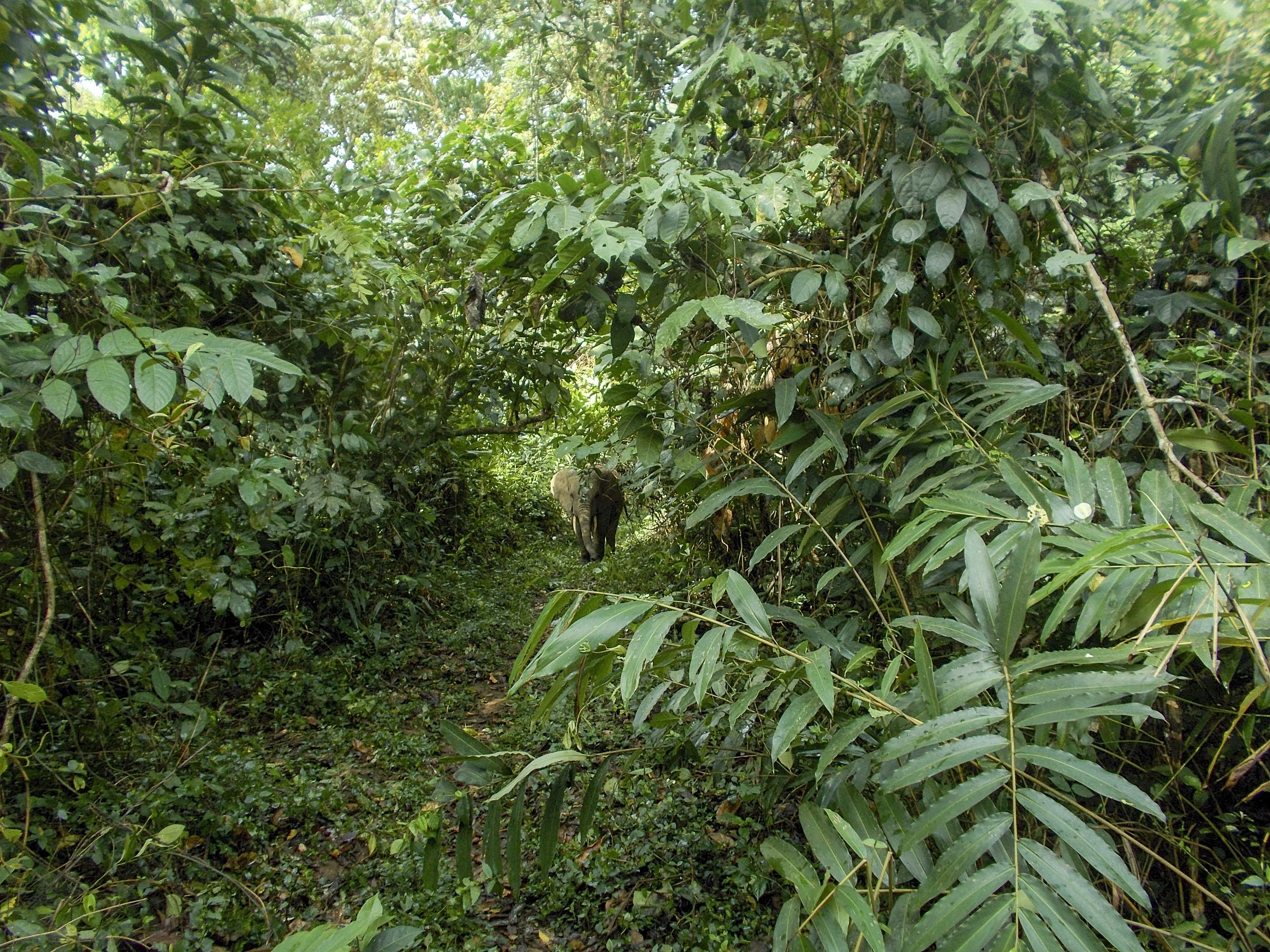 Local communities in and around Ziama Man and Biosphere Reserve have a complex relationship with the remaining forest elephants, which have enormous cultural and ecological importance in this area. Some people have fallen victim to crop-raiding or suffered other damage, which can lead to retaliation; others have become afraid. FFI is working closely with affected communities to mitigate these issues and ensure that people and elephants are able to live harmoniously side by side.

Ziama represents one of the last remaining large tracts of natural habitat in West Africa and, as such, is a vital refuge not only for a significant proportion of the region’s remaining elephants, but also for numerous other forest-dependent species. With support from the United States Agency for International Development (USAID) through its West Africa Biodiversity and Climate Change (WA BiCC) programme, FFI is working with local partners to preserve the integrity of this crucial landscape and protect the forest elephants that it harbours as part of a transboundary project with Liberia, which aims to maintain forest connectivity between the two countries.

Community engagement is vital to the long-term success of the project, and outreach activities such as this football gala to coincide with World Elephant Day form an essential part of that process, helping us to tackle the root causes of poaching and habitat loss.

As the organisers had hoped, the occasion drew a large and enthusiastic crowd. In a welcome departure from convention, the players wore kits emblazoned with trumpeting elephants – and a slightly less ostentatious FFI oryx – rather than the usual logos of corporate sponsors, thanks to the generous support of USAID.

Koighae Toupou, FFI’s Acting Project Manager, Ziama Forest, was delighted with the turnout: “World Elephant Day was an inspiring and emotional occasion for everyone in Sérédou. With over 700 people – men, women and children – participating in the day’s events, this promises to be a turning point for Ziama’s elephants.”

Needless to say, all the teams gave 110%. The proceedings culminated in a pulsating final, eventually won by the boys in blue. To the accompaniment of a chorus of “Allez les bleus!” the victorious captain collected the trophy and held it aloft. All that was missing was a rendition of “We are the (elephant) champions.” 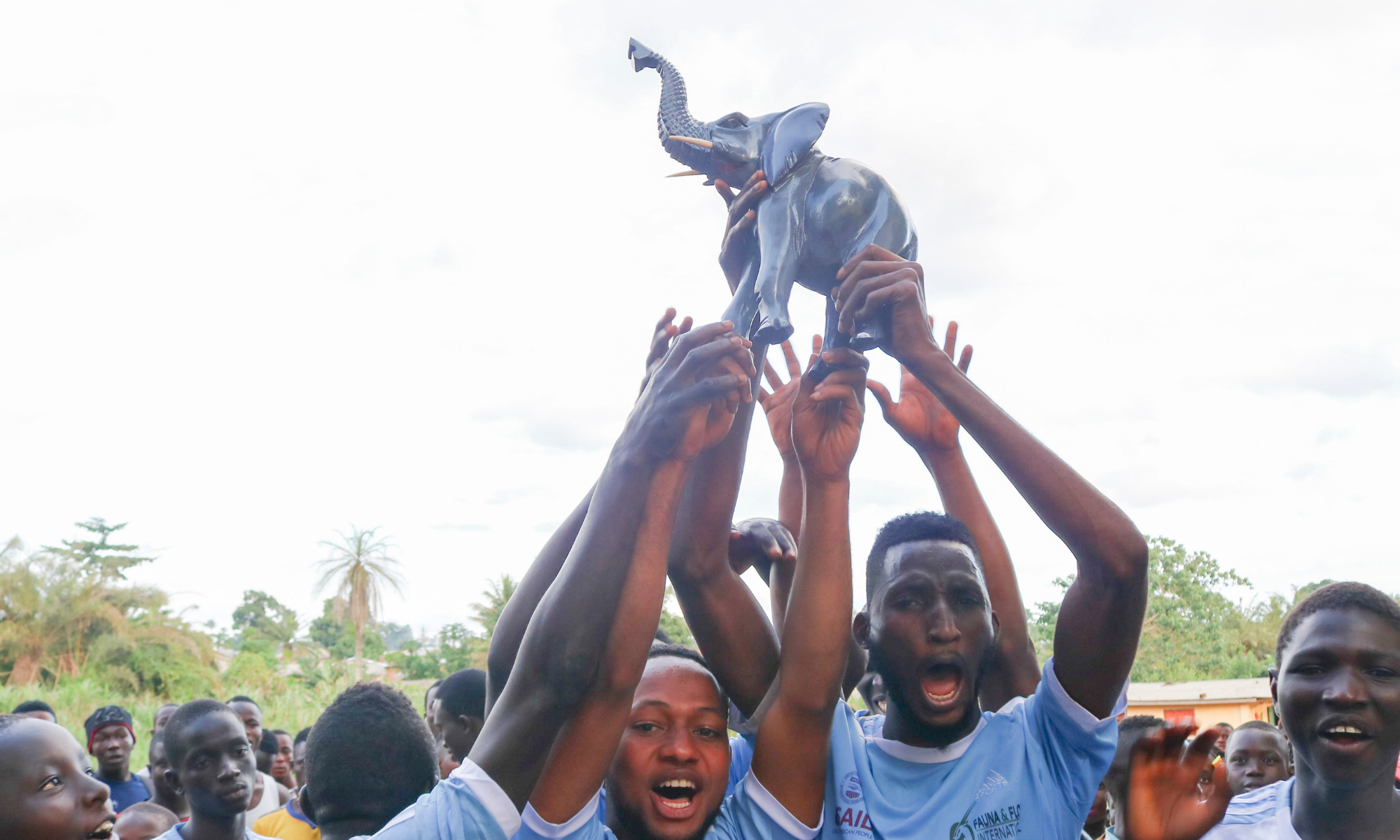 For the losing teams, there was ample consolation in the knowledge that they had contributed to a highly entertaining spectacle. At the end of the day, it was a victory for everyone involved.

In the long run, however, we hope that the real winners will be Guinea’s forest elephants. If the tournament – and the goodwill it generated – can help bring an end to the sequence of losses these magnificent animals have suffered, that will be a great result. And it’s fair to say we’ll be over the moon.