Transylvania – the hidden wild treasure of the Carpathian Mountains 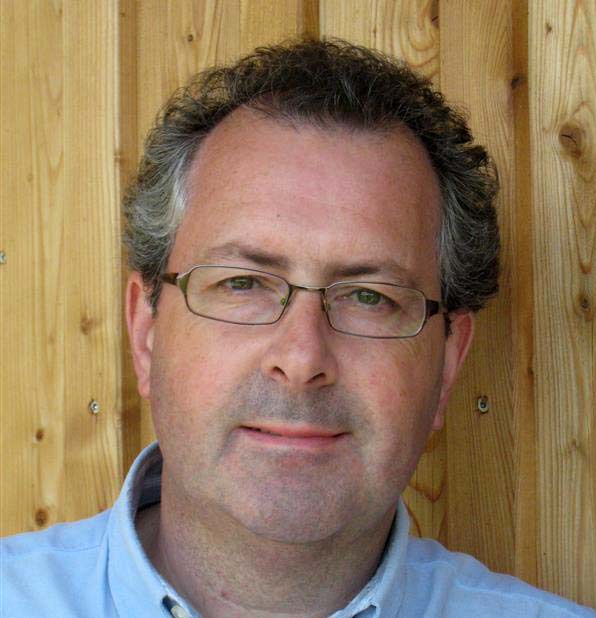 Paul joined FFI as a Project Manager in 2003 leading projects in Central Asia and Portugal. He quickly progressed to be the Regional Director Eurasia Programme, a position he held for 16 years, before being appointed as a Senior Conservation Director in 2022. He now has oversight of our Americas & Caribbean, Asia-Pacific and Eurasia regional and the Wildlife Trade programmes.

Paul has over 30 years of biodiversity and landscape conservation experience. He started his conservation career as a voluntary warden for the Yorkshire Wildlife Trust and part-time ranger for the Peak District National Park, while working in the Yorkshire coal mines. He later graduated from the University of Wales Aberystwyth with a BSc in Countryside Management and an MSc in Protected Landscape Management. He then worked for the North York Moors National Park, the International Centre for Protected Landscapes (University of Wales) and the EUROPARC Federation before joining FFI.

Paul has significant experience in managing and leading conservation programmes and teams. He has extensive experience in species and landscape conservation, especially in the Eurasia region, and has a particular passion for carnivore conservation and for the challenges of cultural landscape conservation, where the interface between nature and people is often the most complex. He has significant hands-on experience in and gains a great deal of satisfaction and pleasure from, supporting, enabling and mentoring local conservation organisations and their teams to build their institutional and individual capacities. He is a Trustee on a number of external Boards. He is also a member of the World Commission on Protected Areas and a fellow of the Royal Geographical Society.

To many, if they even make an association at all, Romania means either vampires or orphanages.

Both are important pieces of Romania’s story. But what I want to discuss here are the dramatic scenery of the Carpathian Mountains, grand forests where Europe’s largest populations of bears and wolves still roam, the rich culture and the long and tumultuous history.

Fauna & Flora International (FFI) has been working in Romania on and off for around 11 years now. I took my first trip there in 2009 and came back from my last – fantastic – trip to Transylvania last week. I have said it to myself and colleagues many times, and I still strongly believe there needs to be a rebalancing of perceptions of this marvellous country and its people.

In my role as Regional Director of FFI’s Eurasia Programme I travel a lot around Europe, the Balkans, the Caucasus and Central Asia. I have had the good fortune to visit many stunning parks and reserves and to share experiences with people from fascinating cultures and backgrounds. Each country and occasion leaves its mark and Romania and Transylvania – only a 2.5 hour flight from London – rank amongst the best of these experiences.

Romania is a country of grand natural and cultural landscapes – mountains, forests, meadows; big animals – bears, wolves, lynx, red deer, eagles and eagle-owls; excellent local food, warm hospitality and friendly people. It sounds so good because it is so good!  Last week I had the opportunity to host a couple of supporters of FFI’s work in Romania and to visit a number of project sites.

The first brief visit was to Delne and the Pogany Havas initiative. Although FFI are not directly involved in this project, I wanted to see firsthand the work that Barbara Knowles and her team are doing. The visit was inspirational and their website is well worth a look.

Our next stop was a few days with the ADEPT team in the beautiful Saxon villages region of Transylvania. Over the last two years FFI have had the pleasure of supporting ADEPT and its excellent local initiatives. Their website describes their work much better than I can and the landscape speaks for itself. Ecologically, what’s really interesting about the region is that the farmed landscape mosaic – woodlands, pastures and meadows – is reminiscent of landscapes we had in England hundreds of years ago.

Centuries of small-scale agriculture is entirely responsible for the high biodiversity in this area. The area is incredibly floristically diverse – with 300 to 400 species found within just a few metres in some areas.

The region is also one of the few lowland areas that it is still home to brown bears. 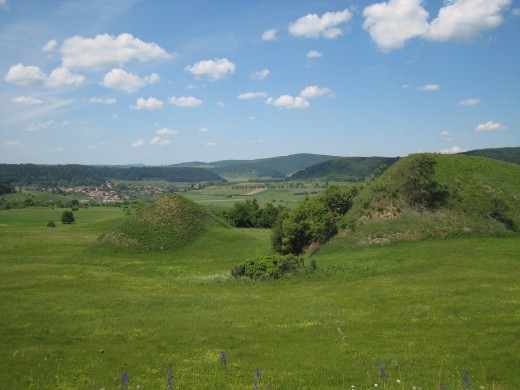 However, the place that really blew me away was the third site – the Zarand forest area. Zarand is located at the heart of a landscape corridor that runs between the Apuseni Natural Park (the Western Carpathians) and the Retezat National Park (Southern Carpathians) in the south-western corner of Transylvania.

This corridor is the only remaining intact route through which bears and other large carnivores can move between the Central and Southern Carpathians. The maintenance of its integrity is vital for the conservation of the Apuseni bear population, which is now considered endangered due to genetic isolation.

I’ve been here a few times but the conditions last week were perfect, showing the landscape and its forests, meadows, pasture and other habitats at their very best.

A short walk up the valley ridge on the first day revealed the landscape corridor stretching almost 95 miles (150 km) in all its glory. Miles of rolling dark green forested hills interspersed with paler green valley bottoms, which are managed through small scale agriculture. Local honey is a special product of this region and the meadows and pastures were alive with wild flowers being attended by honey bees, numerous butterflies and other insects. Wolf tracks indicated the hidden wildness of this place.

The next day I trekked along a small side valley that had only very recently been opened up through the development of forest track. The forest wasn’t so old (100-120 years) but the obvious visible animal diversity was tremendous.

The place was alive with insects, butterflies, amphibians and a wealth of birds. Frogs and tadpoles and the occasional leech could be found in most free standing water. Red backed and Great Grey shrikes and Hawfinch fed in small pasture / woodland fringe areas. Black and spotted woodpecker and numerous other birds were also seen and heard in the woodlands. The trail was littered with signs of wolf, fox, martens and stoats and as I ended the walk a Nightjar was calling.

Finally, I was shown a colony of stag beetle Lucanus servus. At around 8cm long the males were much larger than the description in my field guide said they should be!

So if you want to see European forest biodiversity pretty much as it should be, head to Zarand.

Paul joined FFI as a Project Manager in 2003 leading projects in Central Asia and Portugal. He quickly progressed to be the Regional Director Eurasia Programme, a position he held for 16 years, before being appointed as a Senior Conservation Director in 2022.