Joey has a background in environmental campaigns and advocacy, with a specific focus on illegal wildlife trade and Asian elephants.

Conservation conferences provoke divergent reactions, and the 18th meeting of the Conference of the Parties (CoP18) of the Convention on International Trade in Endangered Species (CITES) was no exception. Soundbites emanating from Geneva over the last few weeks ranged from “success” and “celebrations” to “no faith” and “shattered”. Despite the dichotomy of views, it was clear that the 169 member governments and the 1,700 delegates, observers and journalists in attendance considered the decisions taken at the meeting to be highly significant.

CITES is an agreement among 183 countries that aims to regulate trade in animals and plants, ensuring that species throughout the world are not threatened by unsustainable use. In terms of its agenda, CITES CoP18 was one of the most ambitious meetings yet.

Given warnings from across the globe, including an IPBES report referring to “unprecedented” declines in our natural world and “accelerating” extinction rates, we clearly need to use every tool at our disposal, including this vital mechanism to tackle trafficking in species that are being threatened by trade. CITES Secretary-General Ivonne Higuero’s opening remarks very much reflected this sentiment: “Humanity needs to respond to the growing extinction crisis by transforming the way we manage the world’s wild animals and plants. Business as usual is no longer an option.”

I have attended CITES meetings in the past, but this one felt different. Crucially, I’m now working for an organisation that has teams based in-country, working tirelessly at the coalface to deliver practical conservation solutions. This means that FFI is uniquely placed to translate everything that we were working towards at CoP18 into results on the ground. Our intimate knowledge of the conservation landscapes in which we work, rooted in engagement with locally based communities, governments, NGOs and businesses, complemented by our links with international organisations, corporations and multilateral bodies, ensures that our policy work is evidence-based, practicable and translatable.

Among the hundreds of issues relevant to FFI were several immediate priorities for us.

The Union Island gecko is found only in St Vincent and the Grenadines. The only known population – estimated to be fewer than 10,000 individuals – is confined to just 53 hectares of forest on the island after which it is named.

The illegal collector trade is the greatest threat to this critically endangered species. No permit has ever been issued to collect or export live Union Island geckos for any purpose, yet they are openly sold online to buyers, especially overseas.

Recognising the high level of threat to the Union Island gecko, St Vincent and the Grenadines is taking active measures to safeguard the wild population through implementing the species conservation action plan, developed with local stakeholders and international experts, including FFI, in 2016.

The Appendix I listing under CITES that has just been confirmed was one of the key steps identified in this action plan, reflecting the urgent need for international protection for this species to complement the vital work being done on the ground by FFI’s local NGO and government partners. 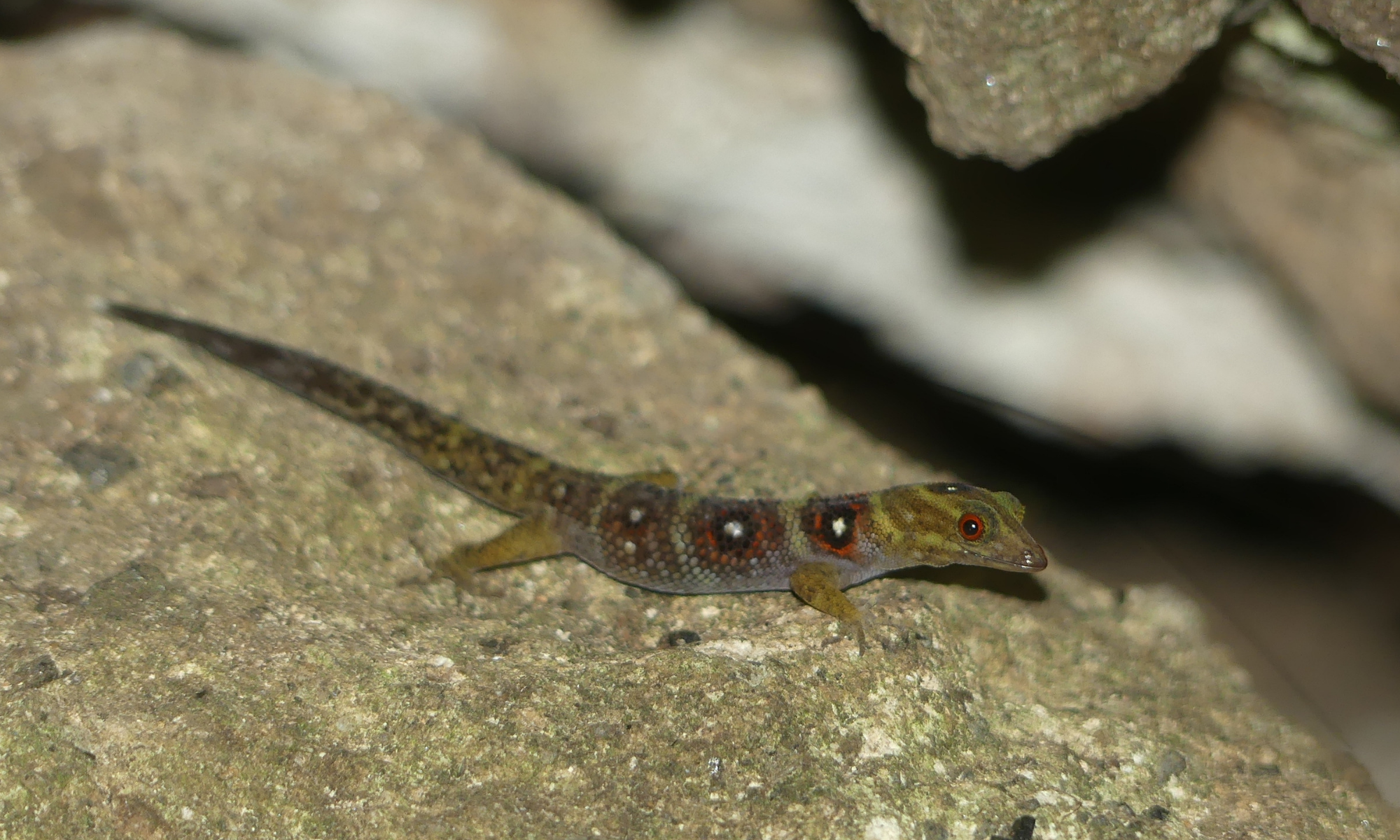 Decisions taken at CoP18 have the potential to be a game changer for Sumatran tigers and other Asian big cats. It was clear from voices in the room that unless we combat illegal trade in big cat parts and products then the conservation outlook for many of these species is bleak.

There was overwhelming support for new measures to tackle the trafficking, including those that focus on the closure of domestic markets for Asian big cat parts and products, tightening of legislation, better controls for facilities that keep tigers in captivity, and more robust international collaboration.

Having worked with colleagues across a multitude of NGOs and government partners to ensure these strong conservation measures were adopted, we’ll continue our work to protect tigers in the wild. 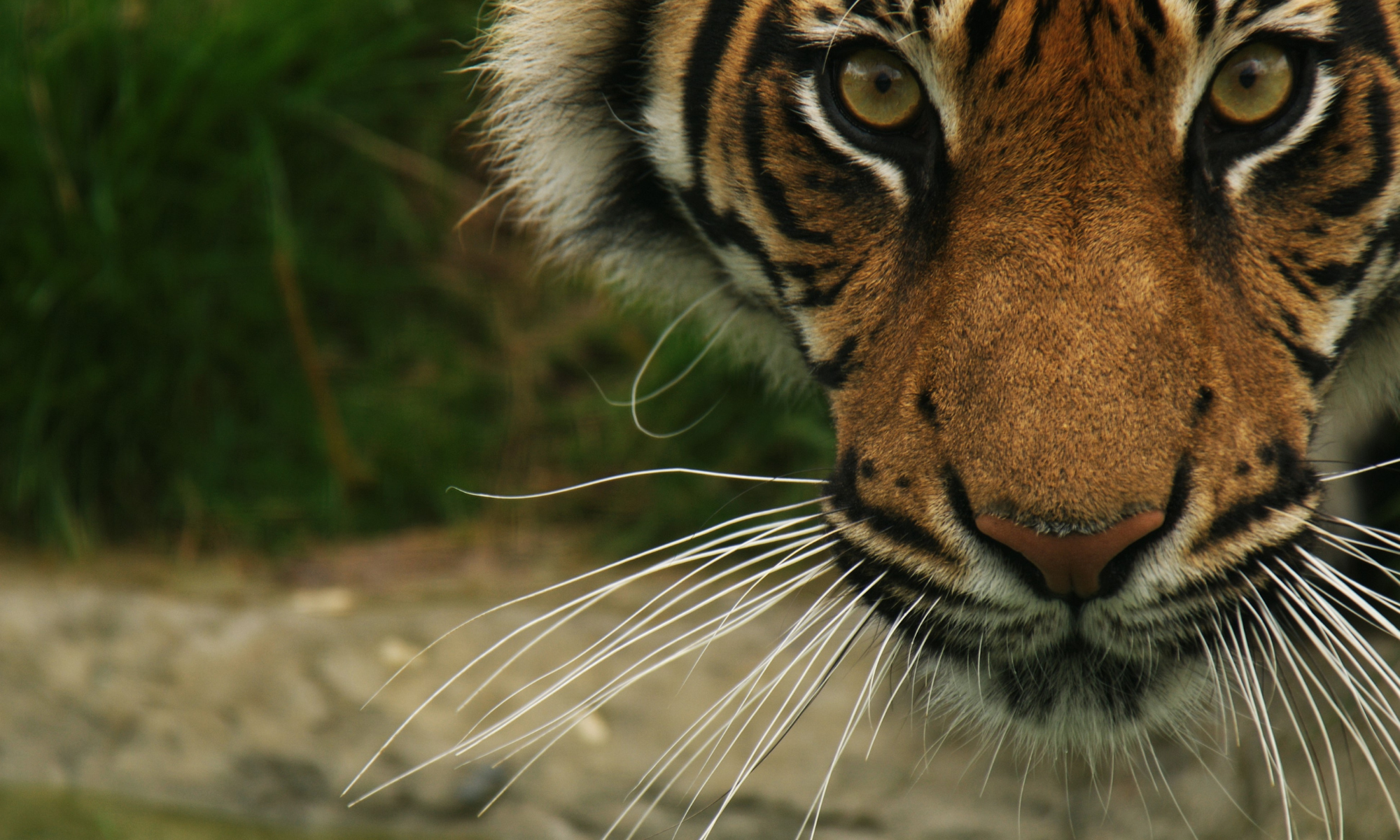 There was a huge amount of support shown for saiga by the CoP18 community. This antelope has suffered one of the fastest recorded declines for a mammal and – despite recent signs of recovery – is highly susceptible to poaching, driven by the demand for its horns. Crucial measures were agreed, with support from range states, to prohibit international trade in horns from wild saiga and encourage countries that consume and trade their parts and derivatives to do more to safeguard this incredible species.

Trumpeting the cause of Asian elephants

The Asian elephant is often conspicuously absent from discussions focused on ‘elephant’ conservation. FFI has been bucking that trend for several decades, tackling habitat loss, catastrophic human-elephant conflict, and the illegal killing and trafficking of Asian elephants and their parts, which continue to push this species to the brink.

Myanmar has recently witnessed a sharp rise in elephant poaching; at least 20 wild elephants were poached there in early 2017 alone. By August of that same year, one elephant was being poached per week. The cause is high demand for elephant body parts, particularly ivory but also bones and – a less familiar phenomenon – skin.

It was therefore critical that the relevant parties at CoP18 agreed to expand international controls on trade in Asian elephants to include ‘parts and derivatives’ – a move that FFI strongly advocated. This means that all countries involved in trade in this species are required to take action – including strengthening legislation and enforcement – to prevent Asian elephant trafficking. 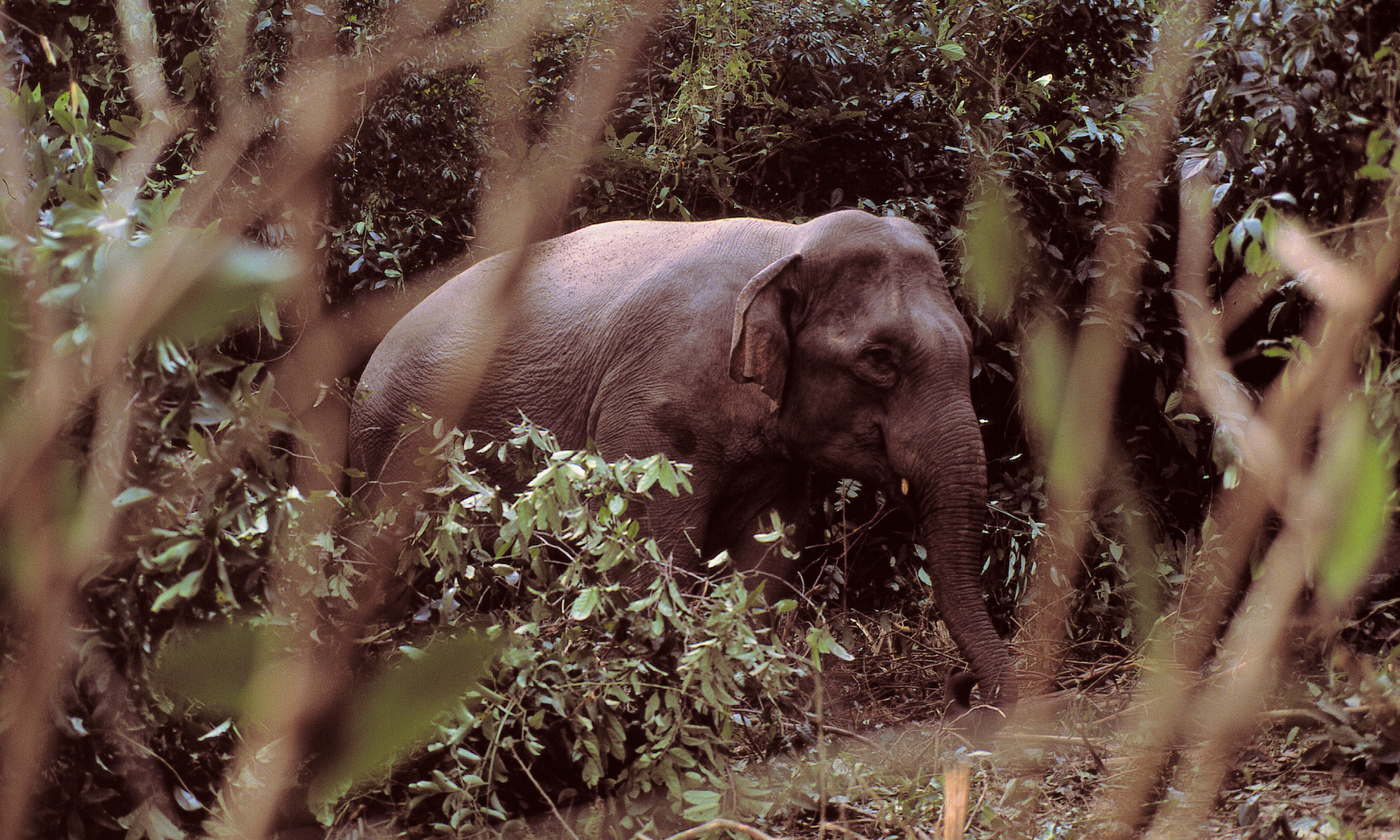 FFI also participated in CITES working groups during the conference to strengthen the provisions being put forward for helmeted hornbills and hawksbill turtles, ensuring that range, transit and consumer countries improve law enforcement and carry out a host of conservation activities to protect these species from further decline due to trade.

We also contributed to discussions – no less important to FFI – relating to community engagement with CITES, stockpile sales, pangolins, sturgeon, rhino and countless other animals and plant species.

During the conference, and since my return, I’ve witnessed a great deal of criticism from people saying that those working to achieve these conservation measures for species should not be ‘celebrating’. I can honestly say that not one single government partner, NGO or intergovernmental organisation that we worked with in preparation for and during the CoP is under any illusion. We’re all acutely aware that the intense work we were undertaking in Geneva was a sad reflection on the catastrophic reality for species in the wild that are being decimated by unsustainable trade. Yes, the real work starts now, and we must focus on implementation, but the decisions taken have potentially huge – and positive – implications for the future of wildlife on this planet. 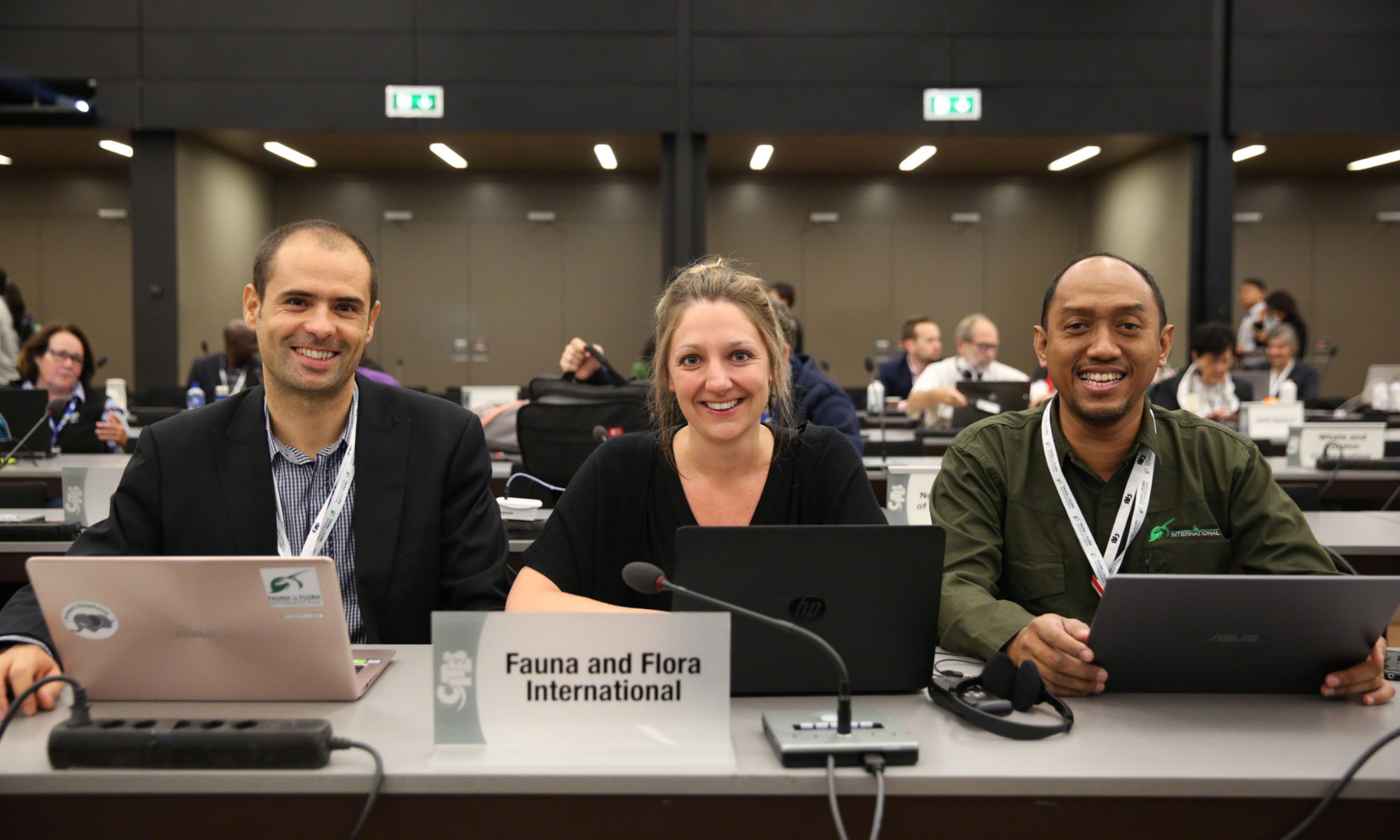 The FFI delegation at CITES CoP18. Photo by IISD/ENB | Kiara Worth

Read more about our work to combat illegal wildlife trade.

Joey has a background in environmental campaigns and advocacy, with a specific focus on illegal wildlife trade and Asian elephants.