Time is running out for primates, bears and songbirds in Vietnamese wildlife hotspot

Surveys of the montane forests of Kon Plong, in Vietnam’s central highlands, conducted by Fauna & Flora International (FFI) and our local partner GreenViet, have revealed a rich reservoir of wildlife. This is the first time that these forests have been systematically and intensively surveyed and, in total, the researchers documented nearly 1,000 species of vertebrate and plant.

Among the many gems in this treasure trove of biodiversity are such species as the Asiatic black bear, Owston’s civet and the enchantingly named golden-winged laughingthrush, which is found only in Vietnam.

The surveys also revealed just how important Kon Plong’s forests are for primate conservation. Alongside better-known species such as the pygmy slow loris, the surveys also found Vietnam’s largest known population of the endangered northern yellow-cheeked gibbon as well as the world’s largest population of the critically endangered grey-shanked douc langur, marking out Kon Plong as the global priority site for the conservation of this species. 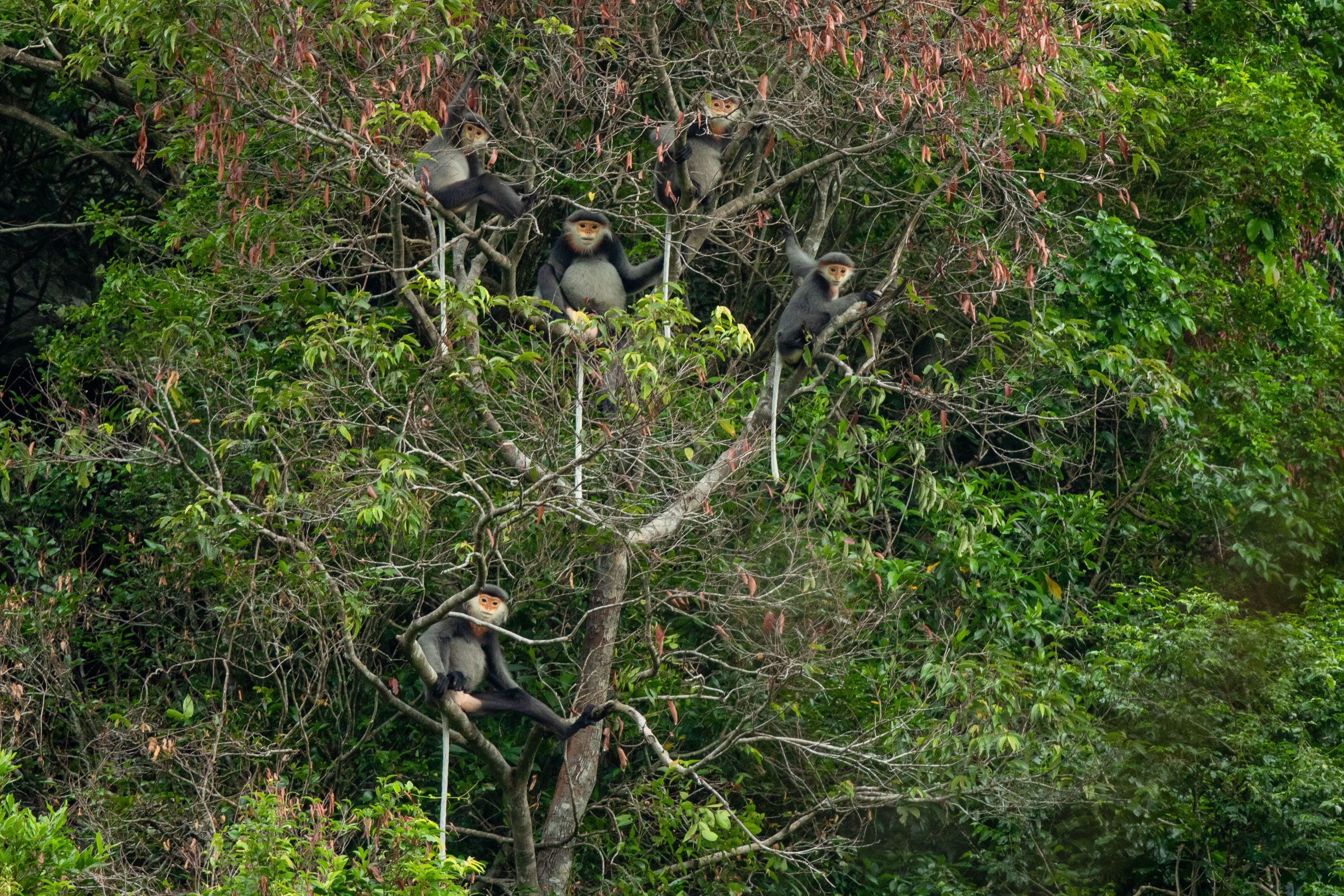 These findings provide a welcome contrast to the situation across much of Vietnam, where hunting (in particular using indiscriminate, commercial snaring) has already decimated much of the country’s terrestrial wildlife and has driven many species in Vietnam’s forests to local extinction – even inside its protected area network.

Yet the surveys also revealed that this biodiversity hotspot faces dire threats.

Snaring, trapping, shooting, fishing and logging are threatening a wide range of species and the habitat they depend on. Meanwhile, certain high-value species including bears, primates and songbirds are being targeted for the domestic and international illegal wildlife trade. 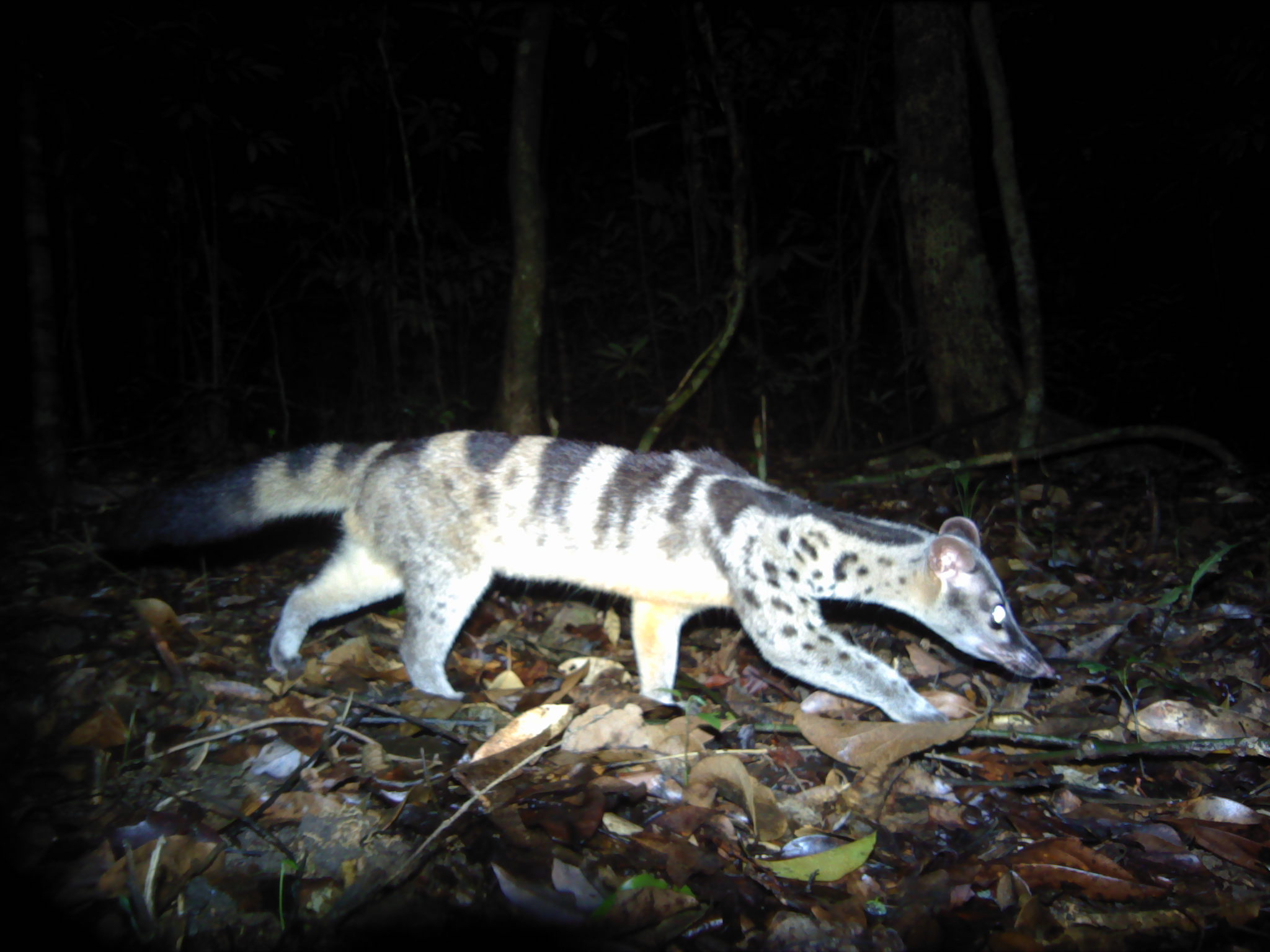 Although these activities have long put pressure on Kon Plong’s wildlife, their scope and intensity are growing, say the report’s authors. Indeed, a recent incident in which five grey-shanked doucs were shot dead by poachers in forests neighbouring Kon Plong has served to illustrate the very real and present danger that these animals – and others that share their forest home – face on a daily basis.

In fact, given the accumulation of impacts to date, it is likely that within the next three years it will be too late to save the most sensitive remaining wildlife (in particular the larger ground-dwelling species) unless urgent action is taken.

“We had long suspected that Kon Plong’s forests were important for Vietnam’s biodiversity, but even we were surprised by the incredible number and diversity of species that were recorded during our surveys,” said Oliver Wearn, Technical Advisor at FFI and lead author of the report. “It really puts Kon Plong up there on the international stage as a globally important hotspot.”

“Time is running out, though,” he continued. “Decades of unsustainable human activity have put these remarkably biodiverse forests under pressure, and unless urgent action is taken to protect this important area, its remaining wildlife is in danger of following the path of the tiger, leopard, clouded leopard, dhole, elephant and gaur – all of which were once found in Kon Plong but have now been wiped out.” 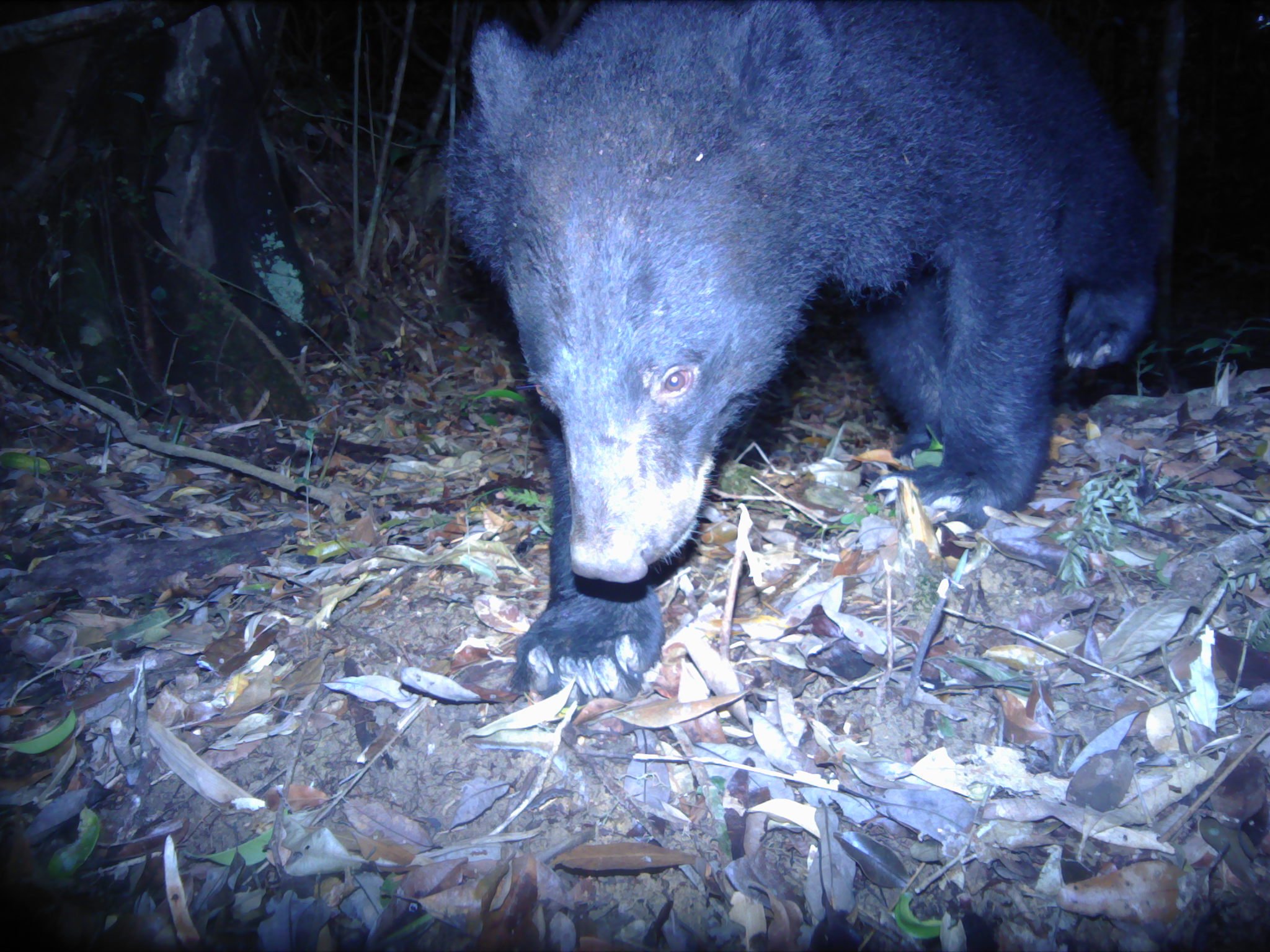 FFI’s Country Director in Vietnam, Josh Kempinski, added: “These are probably the most important forests in Vietnam outside of the protected area network. Not only does this area contain wildlife that is now extremely rare in Vietnam and the wider region, it also forms the last and only habitat corridor connecting the northern and central Annamites to the southern Annamites. This is the most biodiverse mountain range and ecosystem in the whole of Southeast Asia, with very high rates of endemism, and this connectivity is absolutely critical for the long-term survival of the rare and threatened species found there.”

FFI is calling for swift and bold leadership from the Vietnam government in the form of a sustainable development plan (which will ensure people living locally can benefit from these forests while preserving their remarkable biodiversity) alongside the establishment of a new nature reserve at Kon Plong and better enforcement of existing laws.