They are the champions – Investment in grassroots conservation reaps rich rewards

One of the key take-home messages from COP26 still reverberating around the now-empty conference halls in Glasgow was the critical importance of investing in the people who find themselves on the front line of the struggle to combat nature loss and climate change.

Anyone doubting the value of investing in grassroots initiatives need look no further than the achievements of three exceptional African conservationists who have just been shortlisted for the prestigious Tusk Awards.

Two of those finalists, Madagascar’s Julie Razafimanahaka and Ghana’s Dr Caleb Ofori-Boateng, have something else in common: they both benefited from the support of the Conservation Leadership Programme (CLP) – a partnership co-founded by Fauna & Flora International (FFI) – which helped nurture their talent, enthusiasm and commitment at an early stage in their career. 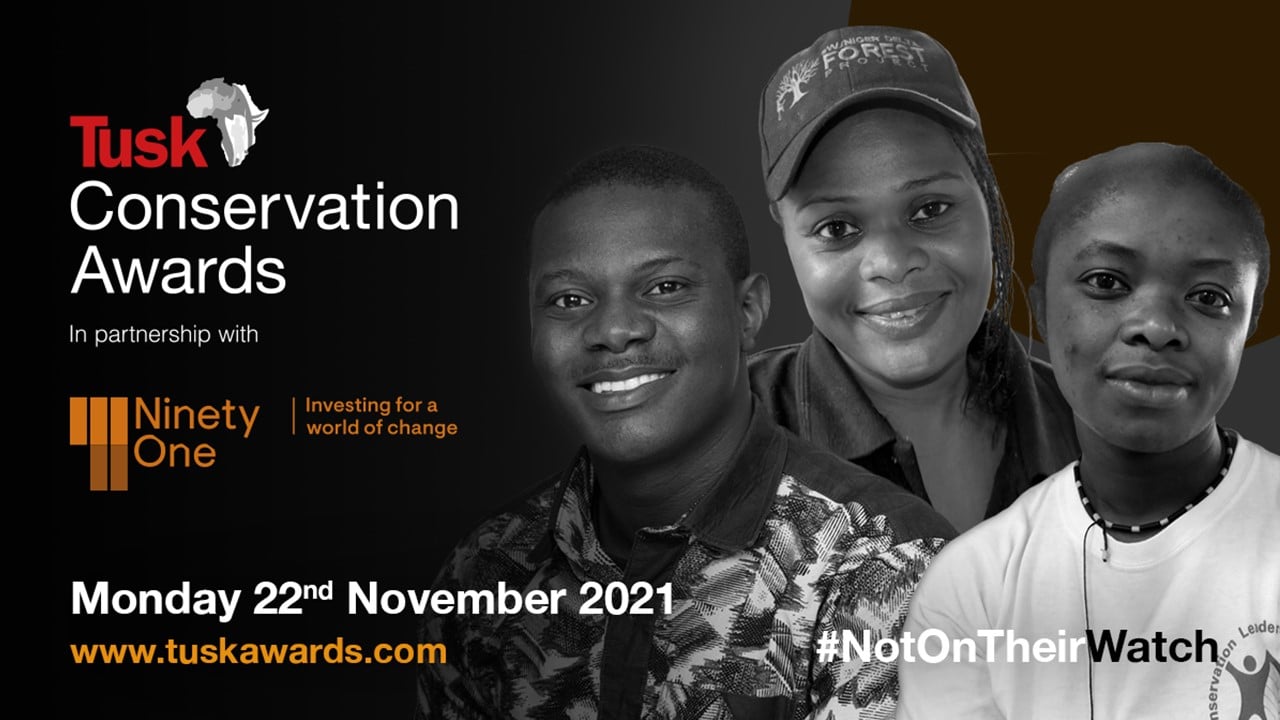 Their many accomplishments epitomise what can be achieved through targeted investment in the initiatives and individuals best placed to safeguard the natural world – a message that many conservation organisations and donors, including CLP, have been impressing upon world leaders at COP26.

Today, Julie and Caleb are leaders in their field and an inspiration to a new generation of would-be conservationists. We can’t possibly do justice to their achievements in this short article, but here are the edited highlights:

Julie Razafimanahaka’s interest in conservation was sparked by a childhood encounter with her first lemur during a camping trip. Her association with CLP began in 2004 when she worked as a research student on a Malagasy bat project funded by the programme. A subsequent CLP travel grant to visit the UK increased her confidence by exposing her to a cosmopolitan, English-speaking research environment. 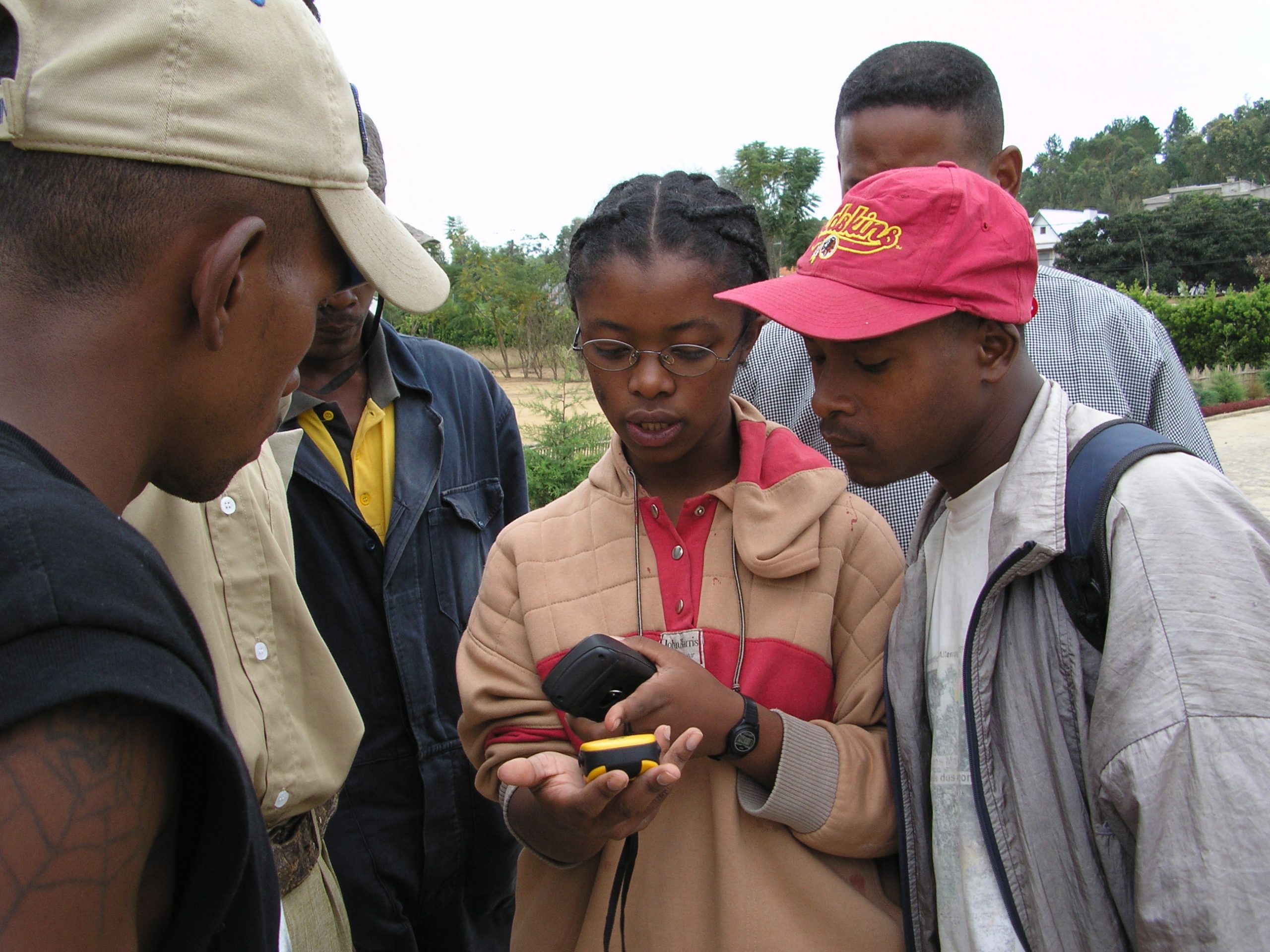 In 2007, Julie was recognised by the UK government’s Department for the Environment, Food and Rural Affairs as one of Madagascar’s most promising conservation scientists and she received funding to study an MSc in Applied Ecology and Conservation at the University of East Anglia.

Back in Madagascar, Julie rose rapidly through the ranks. In 2011 she became Director of Madagasikara Voakajy, the very same organisation for which she had worked in her student days and which was established with CLP support. Today, Julie manages a team of 40 staff at this leading national NGO, which uses conservation science and community participation to protect endemic Malagasy species and their habitats.

Julie is widely acknowledged as an outstanding motivational leader, a skilled scientist and a great communicator, liaising with key senior stakeholders including community leaders, government officials, scientists and donors. She has previously won the Marsh Award for Conservation Leadership and the Young Women Conservation Biologists Award. 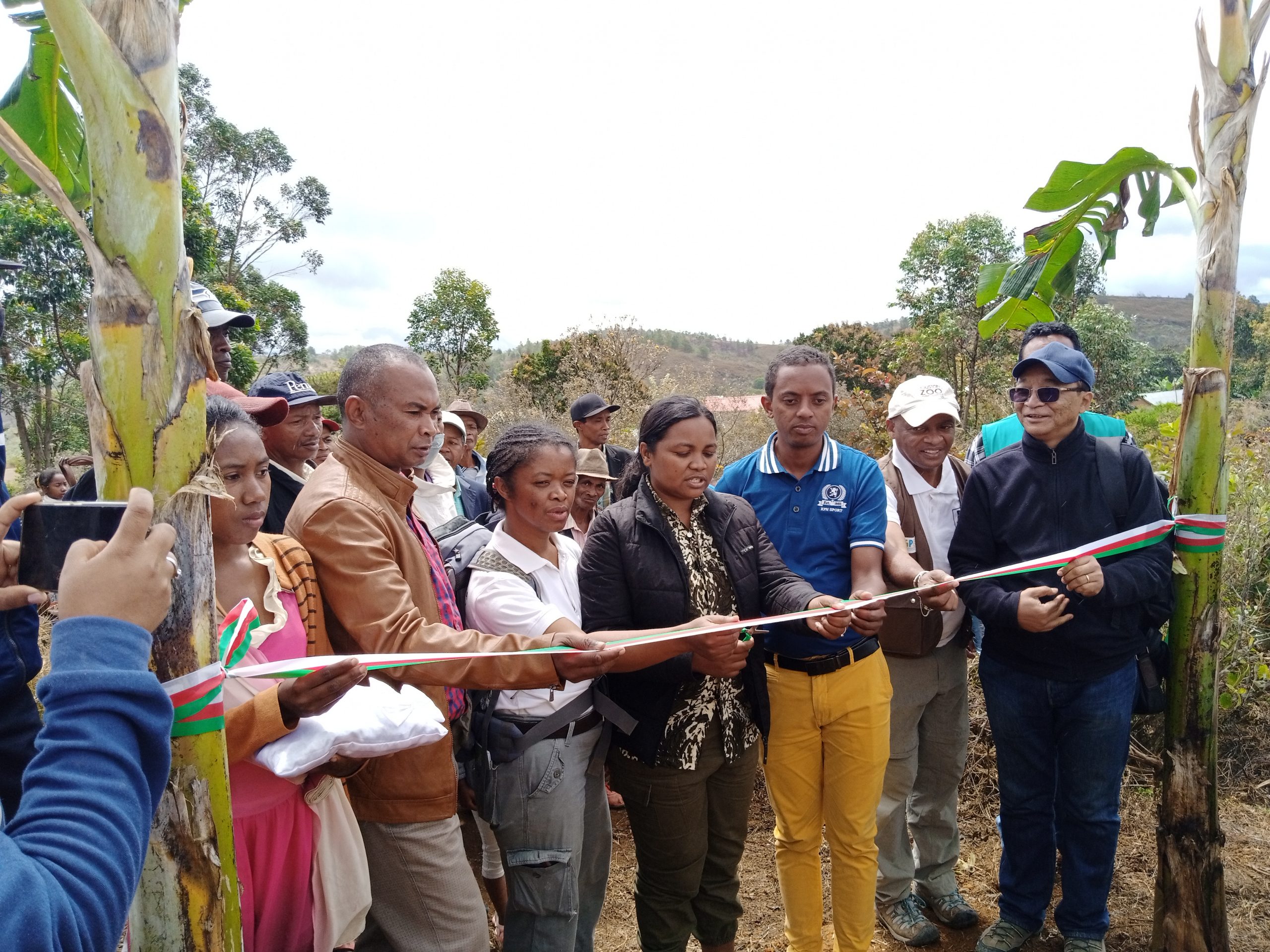 Under Julie’s leadership, Madagasikara Voakajy has been instrumental in the creation of seven protected areas in eastern Madagascar, boosting the survival prospects of myriad amphibians, bats, lemurs and other threatened species. Her many claims to fame include spearheading the first conservation strategy for Madagascar’s iconic baobab trees to promote sustainable harvesting and efficient use of baobab fruits to generate social, economic and biodiversity benefits. This collaboration has successfully secured management rights for over 10,000 hectares of baobab forest that were previously completely unprotected.

The first formally trained herpetologist in his country, Dr Caleb Ofori-Boateng (main photo) has almost single-handedly transformed the attitude of his fellow Ghanaians to some of the threatened and much-maligned creatures found on their doorsteps.

As founder and director of Herp Conservation Ghana, West Africa’s first NGO dedicated to the conservation of amphibians and reptiles, Caleb has devoted the past decade to undertaking vital work on behalf of the country’s little-known and neglected amphibians. His team’s research has resulted in the discovery of several species new to science and the rediscovery of populations that were thought to be extinct, including the delightfully named and critically endangered Togo slippery frog. 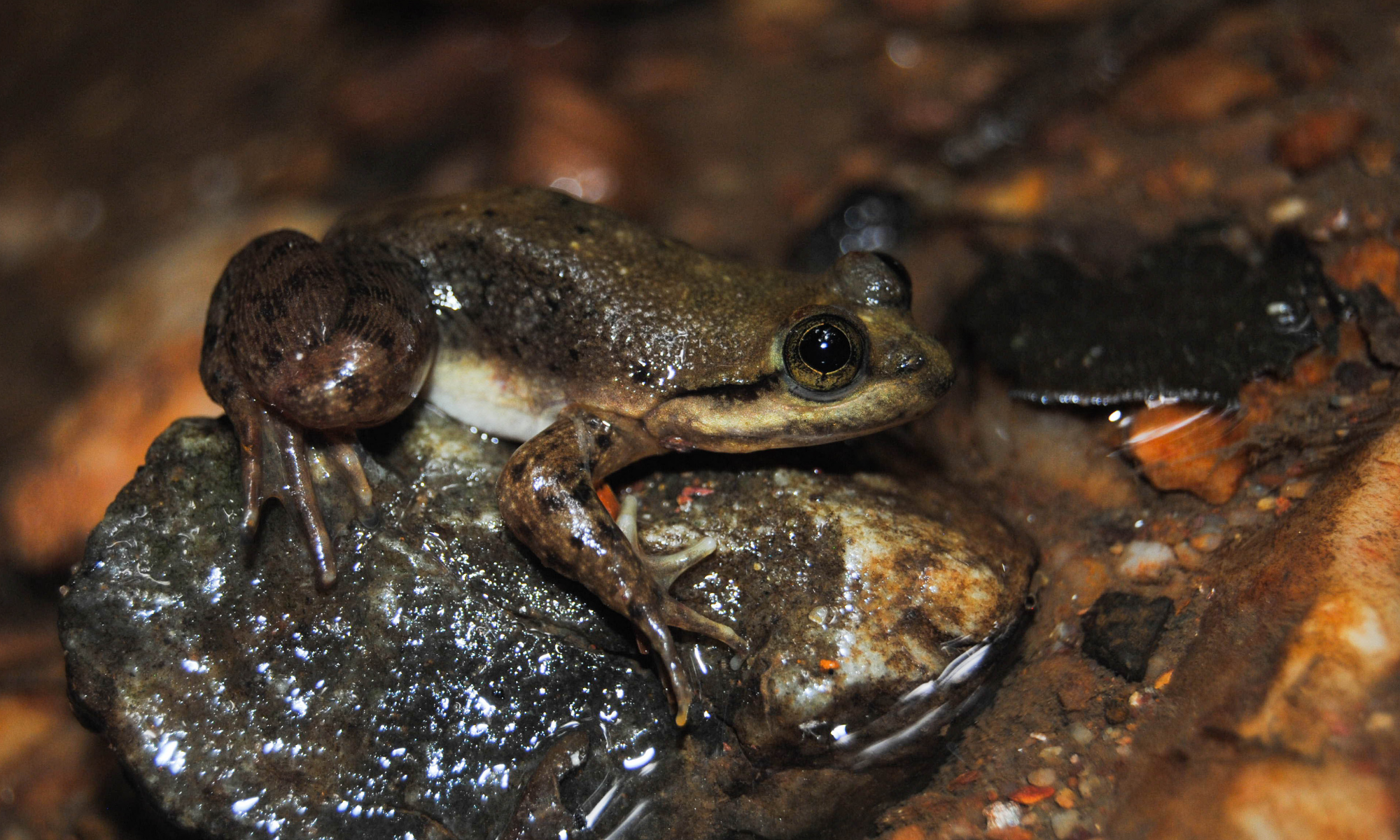 In 2010, Caleb led a CLP-funded project to uncover some of the first formal estimates of the Togo slippery frog’s population size and generate renewed interest in its conservation among local people, which were critical steps towards rescuing the species from the brink of extinction.

A follow-up award led to Caleb and his team uncovering vital – if alarming – information on the species’ distribution. Instead of being found in two sites, as previously thought, this particular species occurs in just one isolated site along the Ghana-Togo border: the Togo-Volta Hills.

Caleb and his miniature army of amphibian admirers have blazed a trail for frog conservation across the region. In recognition of these achievements, CLP awarded this team its top grant earlier this year, enabling Caleb and his colleagues to expand their conservation work into neighbouring Togo. 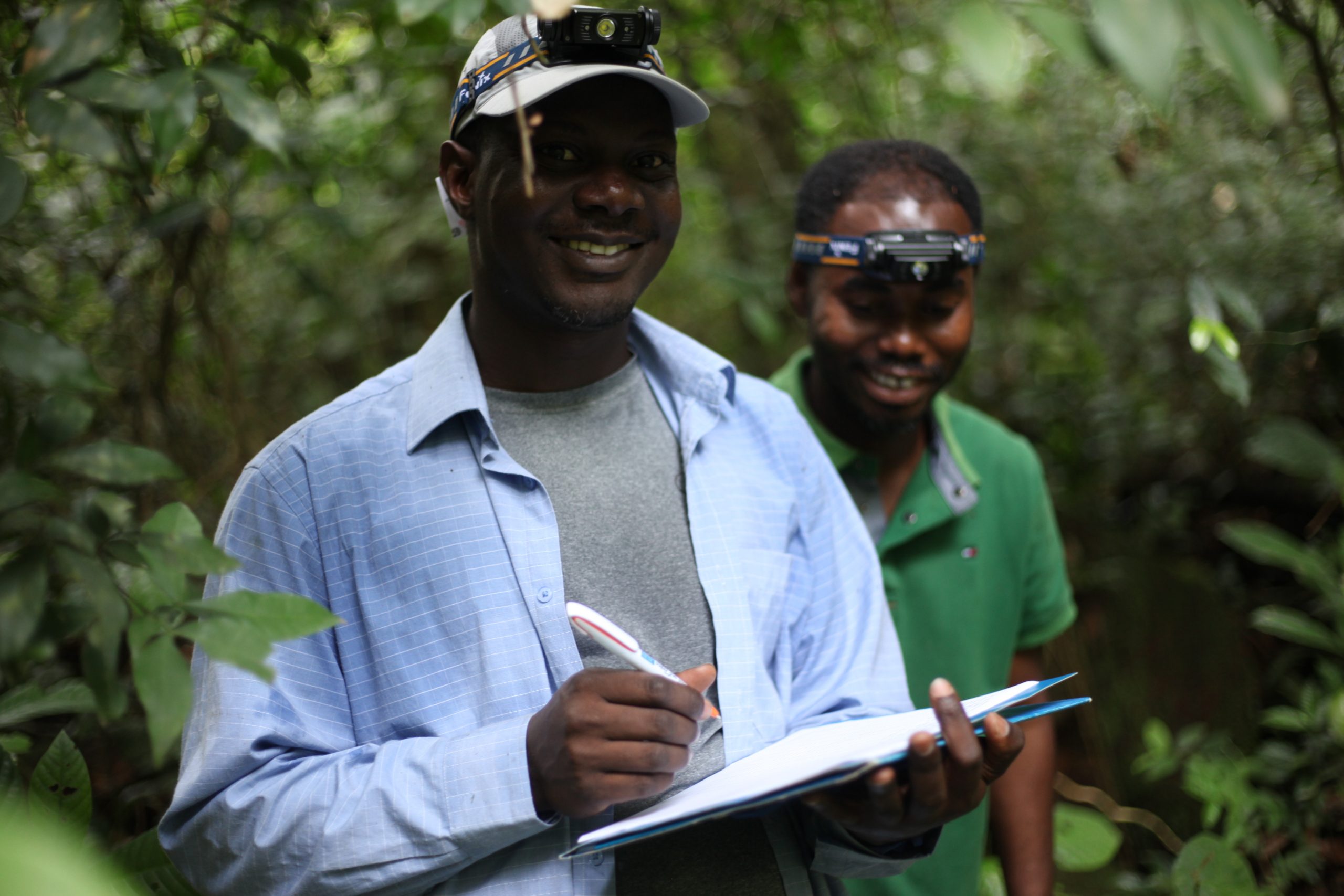 Support for the groundbreaking work of these grassroots initiatives has led to the designation of Ghana’s first legally protected area for endangered amphibians (from community-donated land), the establishment of a community-based ecotourism programme within the newly established reserve, and the creation of a training programme that provides young conservationists with the skills and knowledge they need to save species.

They are the champions

We wish all three finalists – Julie, Caleb and Nigeria’s Rachel Ikemeh – the best of luck at next week’s award ceremony in London. But beyond that, we wish them well in their wider mission as conservation champions in their respective countries. The world needs them more than ever.

The future of life on Earth is ultimately in their hands. Let’s give these people – and the communities they represent – the tools they need, starting with more meaningful support for the grassroots conservation initiatives that make such a crucial contribution to the seismic change we need to see globally.