The world according to Gorp the frog

I am Gorp. I am a frog. I shall attempt to speak on behalf of all amphibians in the Philippines. As the cliché goes: It’s not easy being green – especially if your compatriots are at the threshold of extinction.

I was told that the 2014 IUCN Red List (the human world’s International Union for the Conservation of Nature) has listed 48 different species in its threatened list. I was shocked to learn that more than half of my endemic cousins (48 of the 79 species of amphibians found only in the Philippines) are on this list! 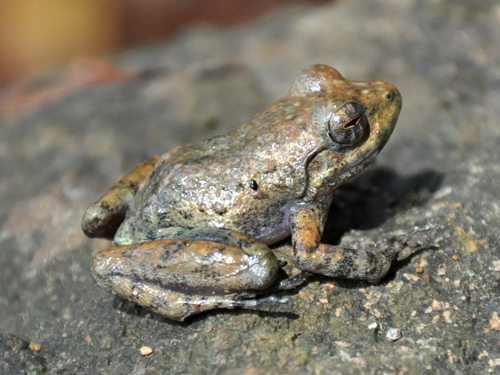 The humans remain uncertain of how to deal with our problems. The general lack of data on the conservation requirements, distribution, ecology, population trends, abundance of many Philippine amphibians impedes conservation efforts…the humans, I think, do not know where to start.

I have heard from the humans that they have observed range contractions and extirpation of local populations of many amphibian species. This is mainly due to habitat loss as a result of the clearing and fragmentation of lowland and mid-montane dipterocarp forests, from logging and the conversion of high elevation forests for vegetable production.

They also said that the other important amphibian habitats undergoing degradation include coastal habitats, natural lakes and ponds, limestone formations, mangroves, and swamps. The siltation of montane streams and rivers due to clearing of forests threatens the existence of many species (especially those with aquatic larvae) inhabiting these freshwater ecosystems.

I have heard horror stories about how we amphibians are threatened by pollution of streams and rivers from mine tailings and from run-off of pesticides and herbicides; over-hunting of our large bodied (edible to humans) frogs the humans call Limnonectes; introduction of alien and invasive species; over-harvesting for the unregulated pet trade; and the possible negative impacts of erratic and extreme weather patterns as a result of climate change.

They further suggested that as many as a quarter of the Philippine amphibian species may be highly vulnerable under projected warming trends as many of us have distinct breeding microhabitats and sensitivities of adults, tadpoles, and direct-developing embryos to temperature variations. 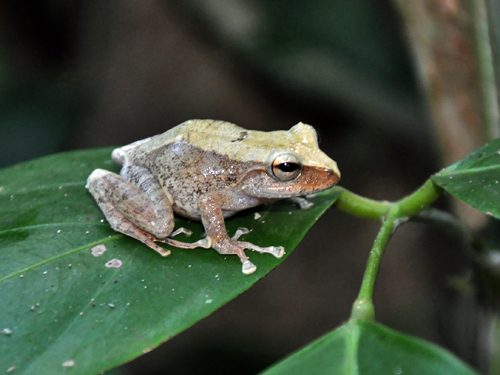 Having heard all of these issues, as a lowly frog who cannot compete with the charisma of the Philippine eagle, the Tamaraw, how can I bring my case to the humans?

The intricate link between us and the quality of forests and the water that flows out of these forests remain unknown to the human policy makers and especially the human general public.

We need more effective and efficiently working community managed protected areas/sanctuaries designated and financed. We need more industries that are more sensitive to our needs (e.g. reducing pollution, more control over the cement industries obliterating our karst limestone homes). These will hopefully reduce our exposure and risk.

When my kind goes, the rest of humankind will go too.

This blog was first published on the Amphibian Survival Alliance website, of which FFI is a proud partner.