The lion, the wish and the warthog – King of the beasts caught on camera in South Sudan

Less than a week ago, this was going to be the story of a pawprint. For what seems like a lifetime, Fauna & Flora International (FFI) and our partners in South Sudan have been hot on the trail of the king of the beasts in the vast Southern National Park – an area the size of Wales. This is the feline equivalent of searching for a needle in a haystack, and has occasionally felt more like a wild goose chase than a wild lion chase.

Finally, we were poised to ambush readers with the surprise news that we had collected what we believe to be the first concrete – or at least compacted mud – evidence of lion presence in the park, in the telltale shape of a front paw pad. 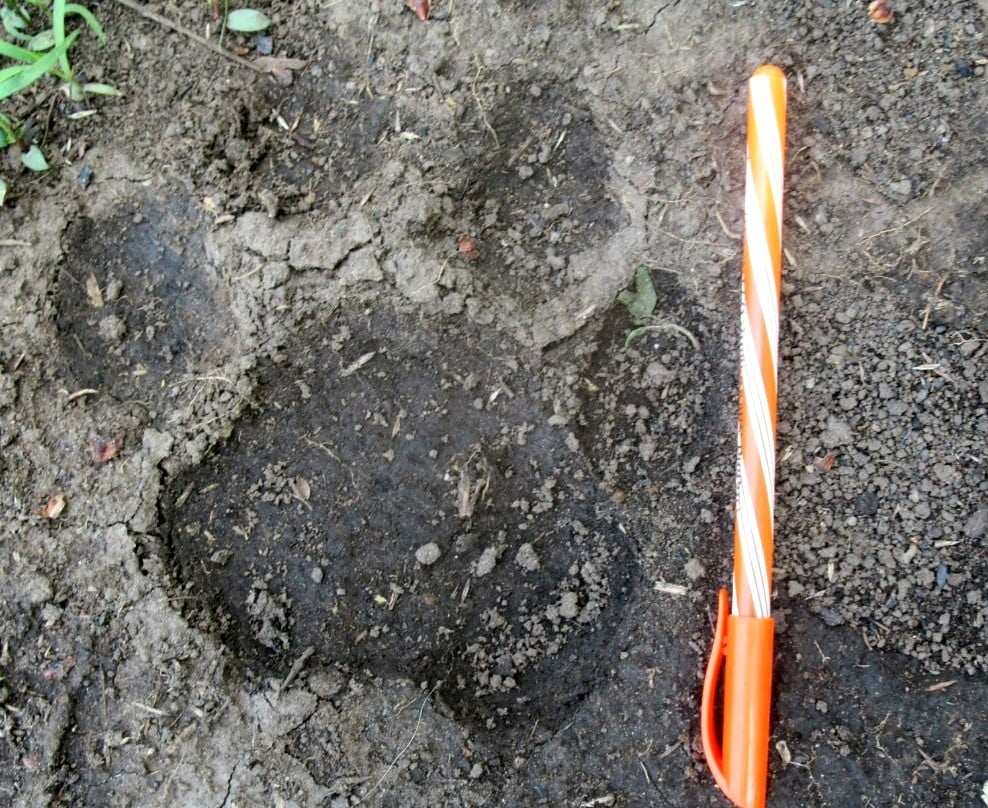 And then, just as we were about to go live, we had to press pause on the pressed paws, thanks to some uplifting news from the front line: the latest camera-trap images from the park include photos of the real McLeo: a male lion carrying a warthog kill. These sensational snapshots are a tremendous boost for all those involved in the project, fitting reward for our perseverance, and vindication of the gut feeling that enabled us to keep the faith.

For some time, there has been anecdotal evidence that lions were living in the park; local people have repeatedly regaled us with first-hand accounts of the darkness reverberating with the roar of a lion. And now we have the definitive proof of their presence, courtesy of the first camera-trap photo of lion ever recorded in the park. 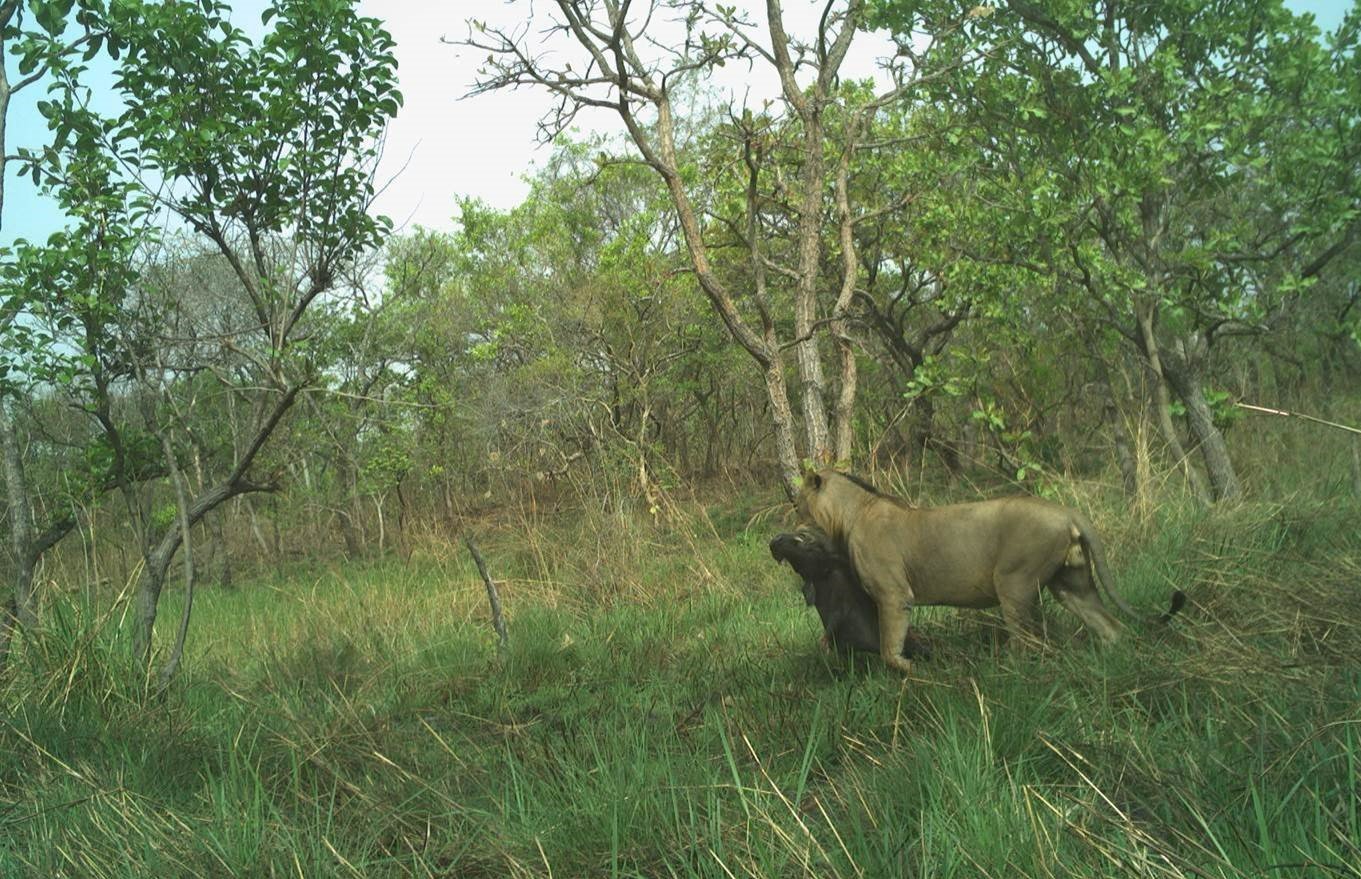 A male lion carrying its kill, caught on camera for the first time ever in Southern National Park. Credit: Bucknell University/Fauna & Flora International

Lion numbers have plummeted alarmingly across Africa in recent decades. The global population remaining in the wild is estimated at just 20,000, a 90% fall within the past century. Most of the surviving subpopulations are small and fragmented, but western South Sudan – with its large tracts of uninterrupted habitat – has the potential to be a key stronghold for the species.

“Confirmation of the presence of lion in Southern National Park re-emphasises the importance of this area for lion recovery. Lion populations and range are declining rapidly across Africa, but this offers a glimmer of hope that we can reverse this trend.”

The lion is not the only threatened species to have revealed itself. Camera trapping has also confirmed the presence of eastern chimpanzee and Temminck’s pangolin. Southern National Park lies within the estimated range of both these species, so these additional discoveries are not necessarily unexpected, but they are nevertheless significant. In the case of the chimpanzee, we believe that this is the first confirmed evidence of this endangered great ape’s presence in the park. Had it not been eclipsed by the lion story, this would have been front-page news in its own right. 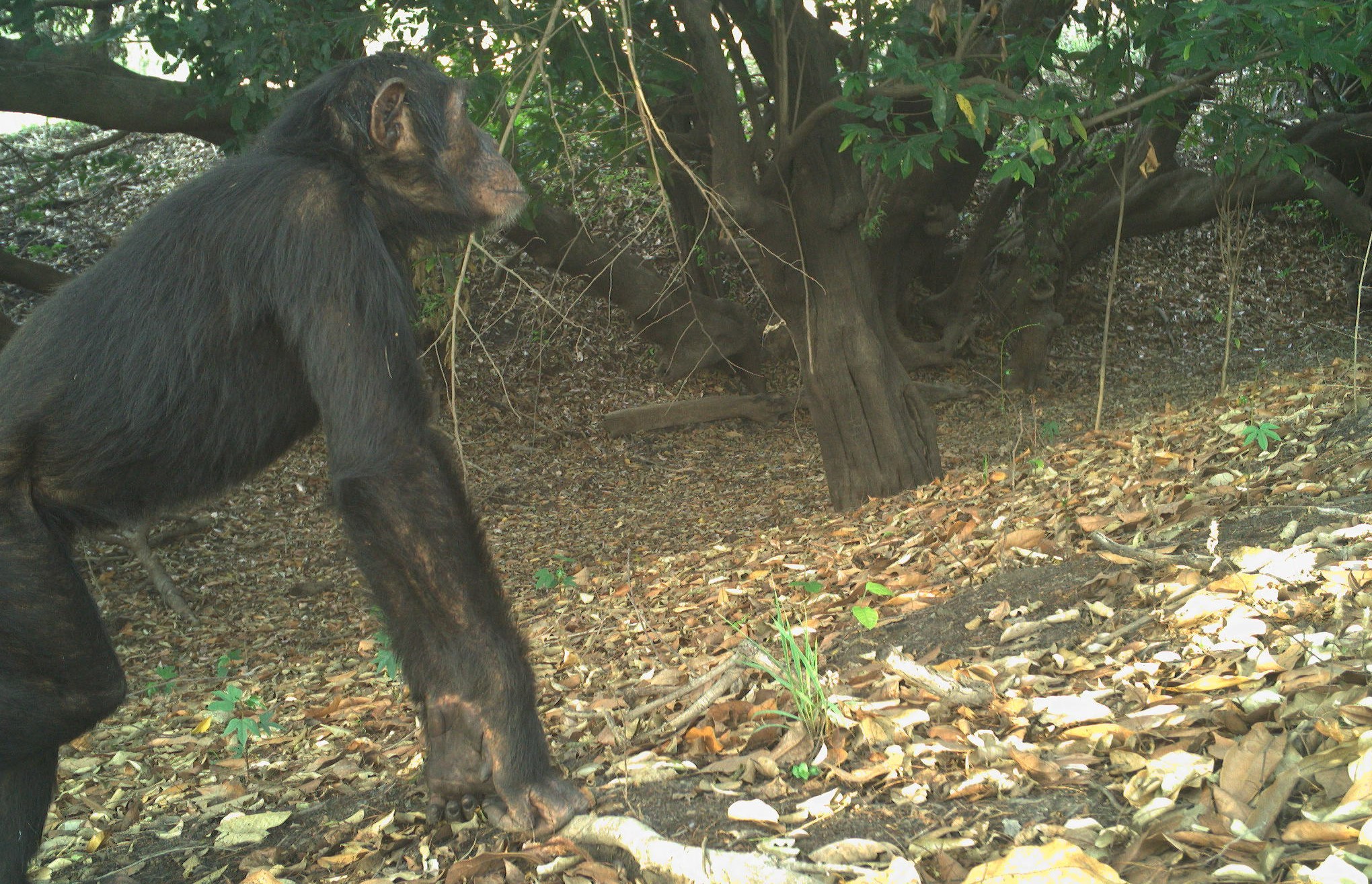 FFI has been a constant presence in South Sudan throughout the past decade, despite the civil unrest that has continued to blight the country. In early 2011, we accepted an invitation to help kickstart conservation in the newly declared republic. We were well aware of the magnitude of the challenge, but with a successful track record of operating in crisis and conflict zones, FFI was never likely to decline what it believed to be an unprecedented opportunity to embed conservation within the government development agenda in the formative years of this new nation state.

Fifty years of political turbulence have devastated lives and livelihoods – and wildlife – in this neglected part of Africa. Harnessing community and government goodwill is crucial, and the current biodiversity monitoring and protected area management programme has been designed with that in mind. 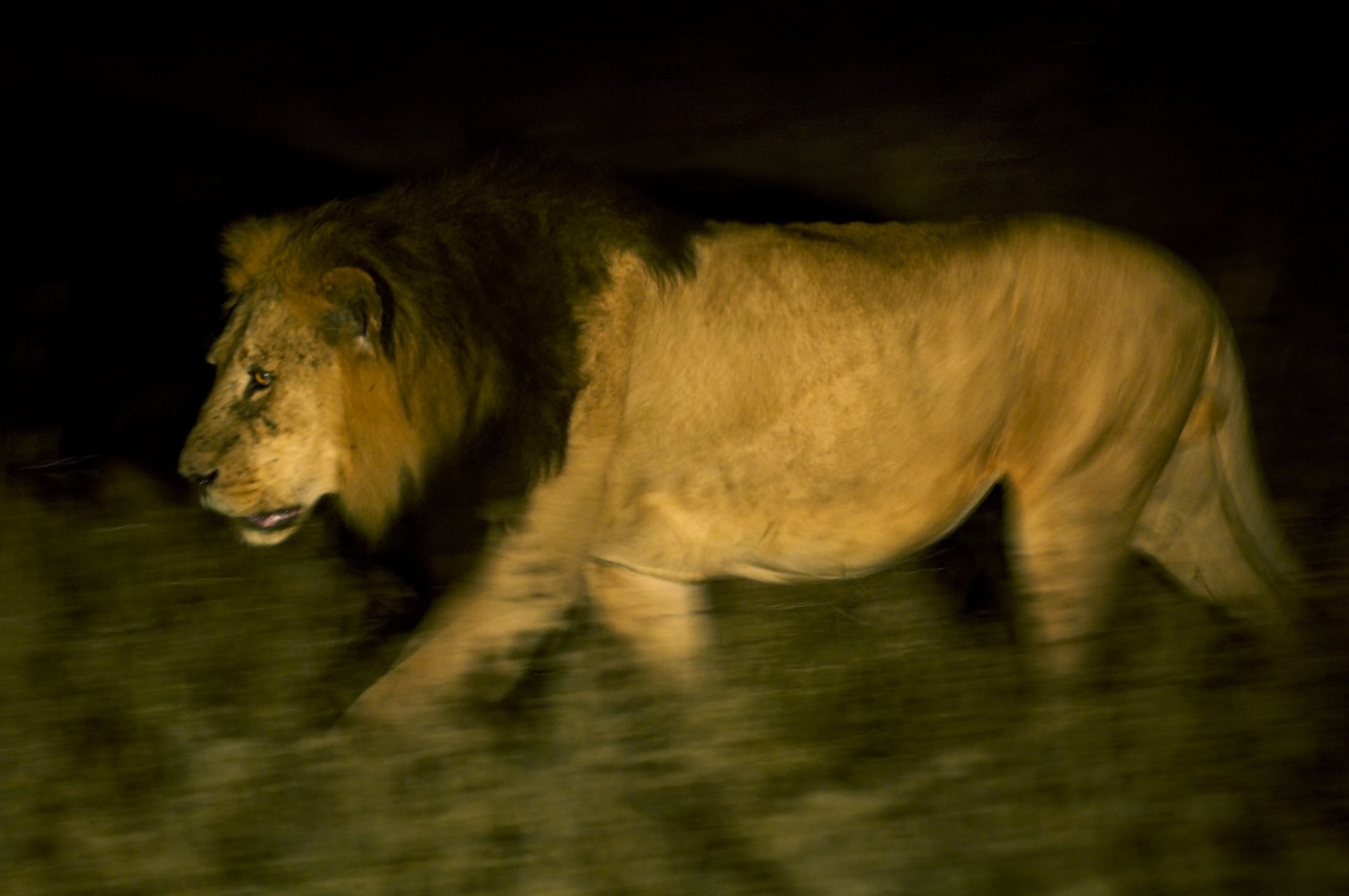 Mercifully, the biologically rich forested landscapes that lie within the 14% of the country that benefits from formal protection have remained largely unscathed. We never tire of repeating the fact that, in wildlife conservation terms, South Sudan is a sleeping giant, and Southern National Park represents the jewel – albeit an unpolished one – in the crown of the country’s protected area network.

Until very recently, its hidden depths have remained largely unexplored. We had been relying on research dating back to the 1980s, an understandable hiatus given the country’s recent turbulent history. The vastness of this area of wilderness is one of the main reasons why so little is known about what species it harbours. But its sheer enormity is a double-edged sword, and goes a long way to explaining the near-complete absence of conservation management and wildlife protection in the park.

In partnership with South Sudan’s Ministry of Wildlife Conservation and Tourism, FFI is aiming to restore effective protection measures for Southern National Park, its unique biodiversity and the people who depend on it. One of the first steps is to verify what is actually out there, and the camera trap that captured these lion photos is part of a concerted and coordinated campaign to lay bare the park’s secrets being conducted in collaboration with Bucknell University. 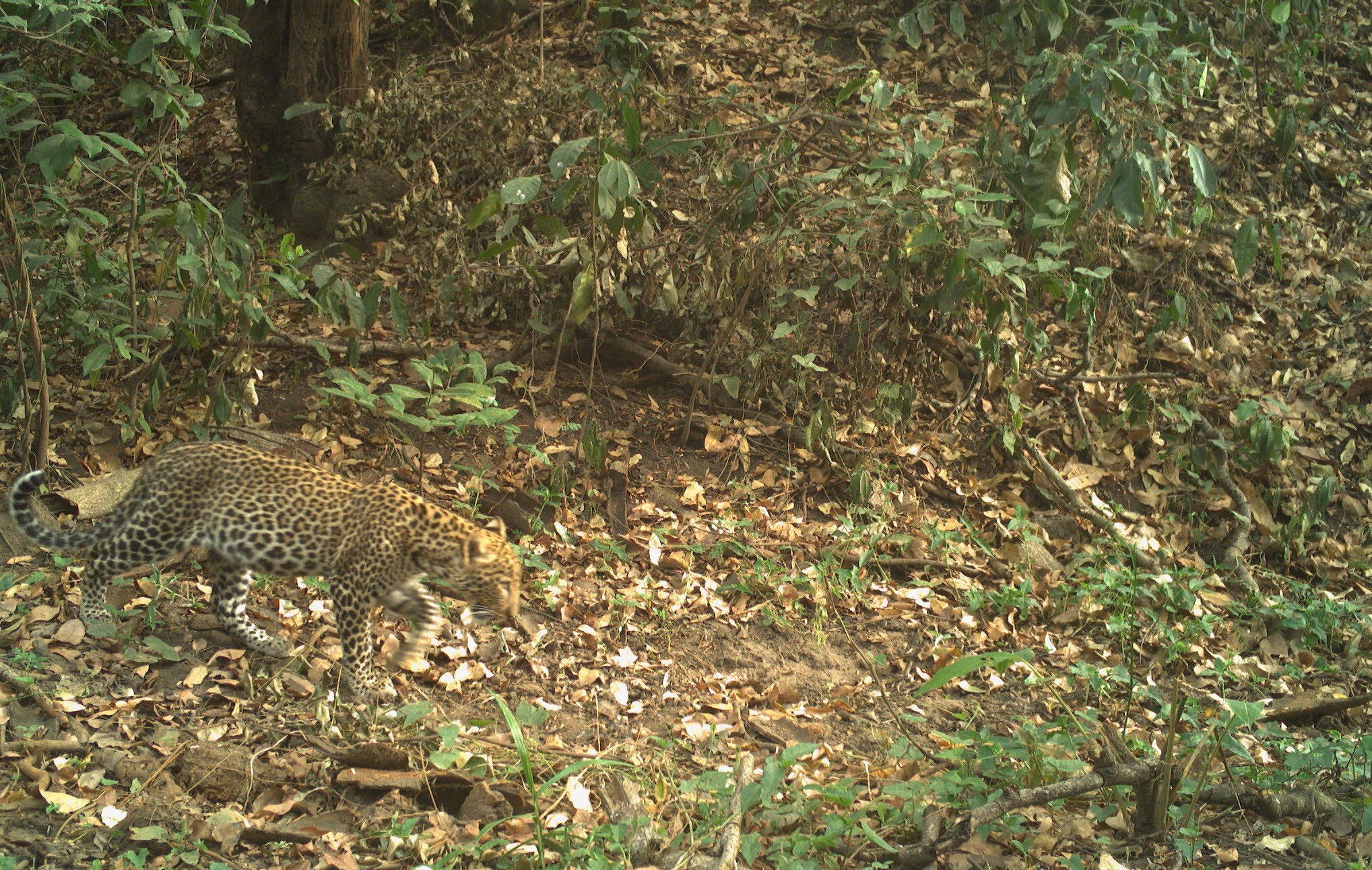 Large predators, including leopards and hyenas, have also been recorded in the area. Credit: Bucknell University/Fauna & Flora International

FFI’s long-term vision for conservation in South Sudan is to ensure there is a network of functioning protected areas that will safeguard crucial habitat and the biodiversity it harbours, including key populations of some of Africa’s most charismatic species.

Is this lion just the tip of the carnivore’s canine, hinting at the wider presence of Africa’s largest and most iconic wild cat? Only time will tell, but one thing is certain: we are barely skimming the surface of Southern National Park’s potential as a wildlife stronghold to rival the more familiar and famous landscapes of East and Southern Africa. Camera traps have previously recorded the presence of wild dog, hyena and leopard in the park, pointing to the continuing abundance of suitable prey species. 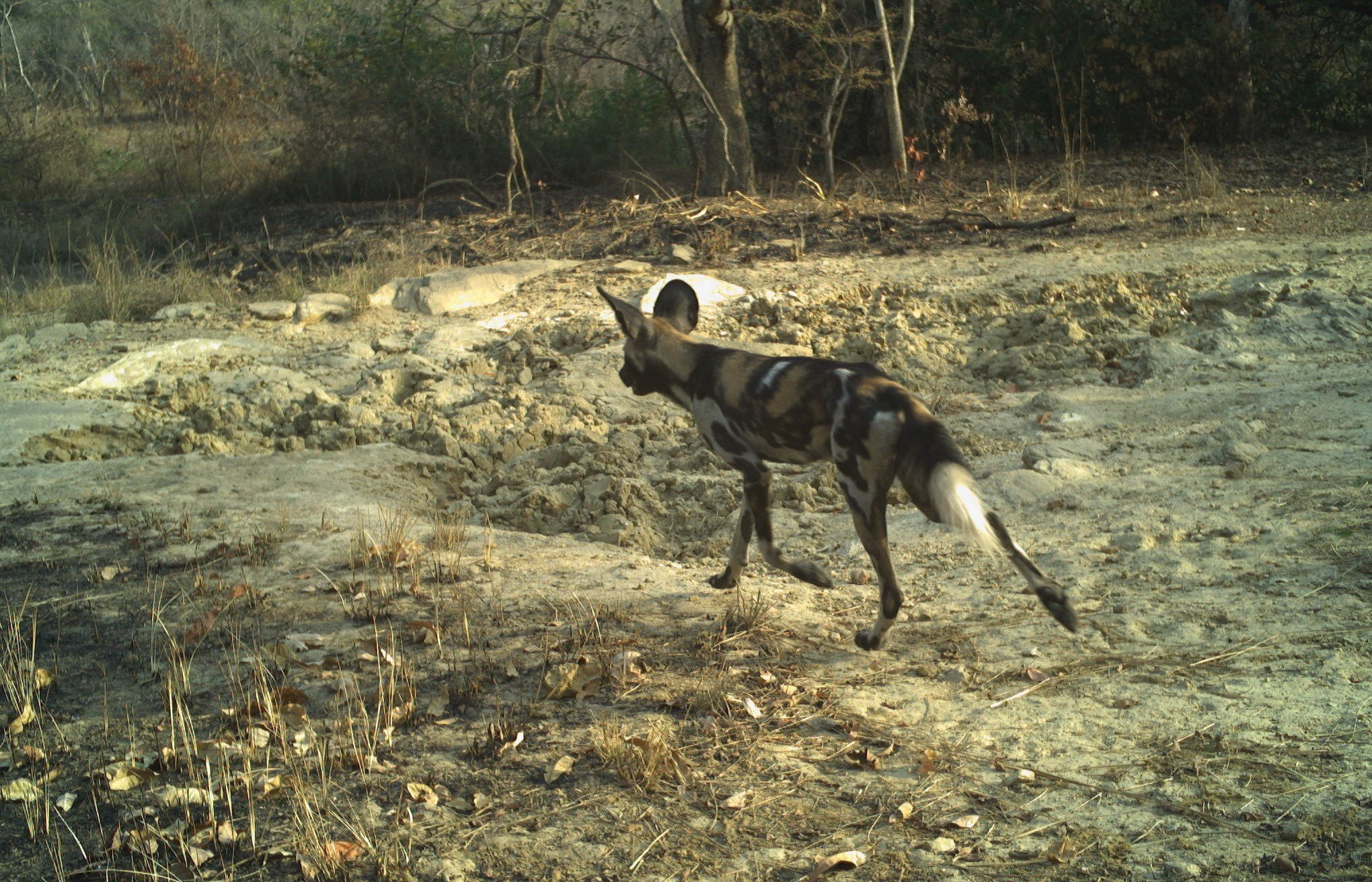 Southern National Park is the cornerstone of our locally led plan for South Sudan, but it is by no means the only area worthy of conservation attention, as the recent revelations from our project sites in the extreme south-west of the country have confirmed.

With ongoing support from a growing list of donors and supporters including Lion Recovery Fund, Elephant Crisis Fund and players of People’s Postcode Lottery and the Dutch Postcode Lottery, we are poised to cement our progress to date as we strive to safeguard South Sudan’s unique biodiversity. With regard to the lion, we will now be urgently piecing together a species-specific monitoring strategy, in order to shed further light on leonine distribution within the park – a vital next step in our collective efforts to safeguard this threatened big cat.

”It is a privilege to identify one of the Big 5, the lion, in Southern National Park with the help of FFI. South Sudan can be proud of their biodiversity and must conserve it for the present and future generations.”

Bringing charismatic carnivores back from the brink

Too many species are in grave danger of being wiped off the face of the Earth. Like the threads in a tapestry, every last one of them is a vital part of the bigger picture. Together, we can help save our planet's irreplaceable biodiversity.

Please support our vital work to save endangered species - before it’s too late.