Ten years to save world’s most threatened sea turtle population

The Eastern Pacific leatherback turtle will be lost forever if insufficient conservation action is taken over the next ten years, a new study by conservation scientists has warned.

The study by the Laúd OPO Network, a group of conservation scientists and organisations including Fauna & Flora International (FFI), says the current prognosis for the critically endangered Eastern Pacific leatherback population is “dire”. Expanded actions to save the world’s largest sea turtle must begin within five years and grow throughout the decade to ensure the stabilisation and eventual increase of the Eastern Pacific leatherback, the conservationists said.

The study, published by Nature in its open access journal Scientific Reports, follows the news that no leatherback turtle nests were recorded across the three most important nesting sites in Nicaragua in the 2019-2020 nesting season. Last year was the first time they had been recorded absent at one of these sites in Nicaragua.

“The lack of leatherback nests in key nesting sites for a second season running is terrible news, but this research shows us what we need to do to save this ancient species,” says Alison Gunn, FFI’s programme manager for the Americas and the Caribbean. “The decline of the leatherback turtle is not inevitable. There is a clear path forward: reducing threats, boosting hatchling numbers and greater coordination can turn the fate of the leatherback turtle around. We have it within our power to protect these animals and enable them to thrive, but all those who have a hand in shaping their future need to work together to do so.” 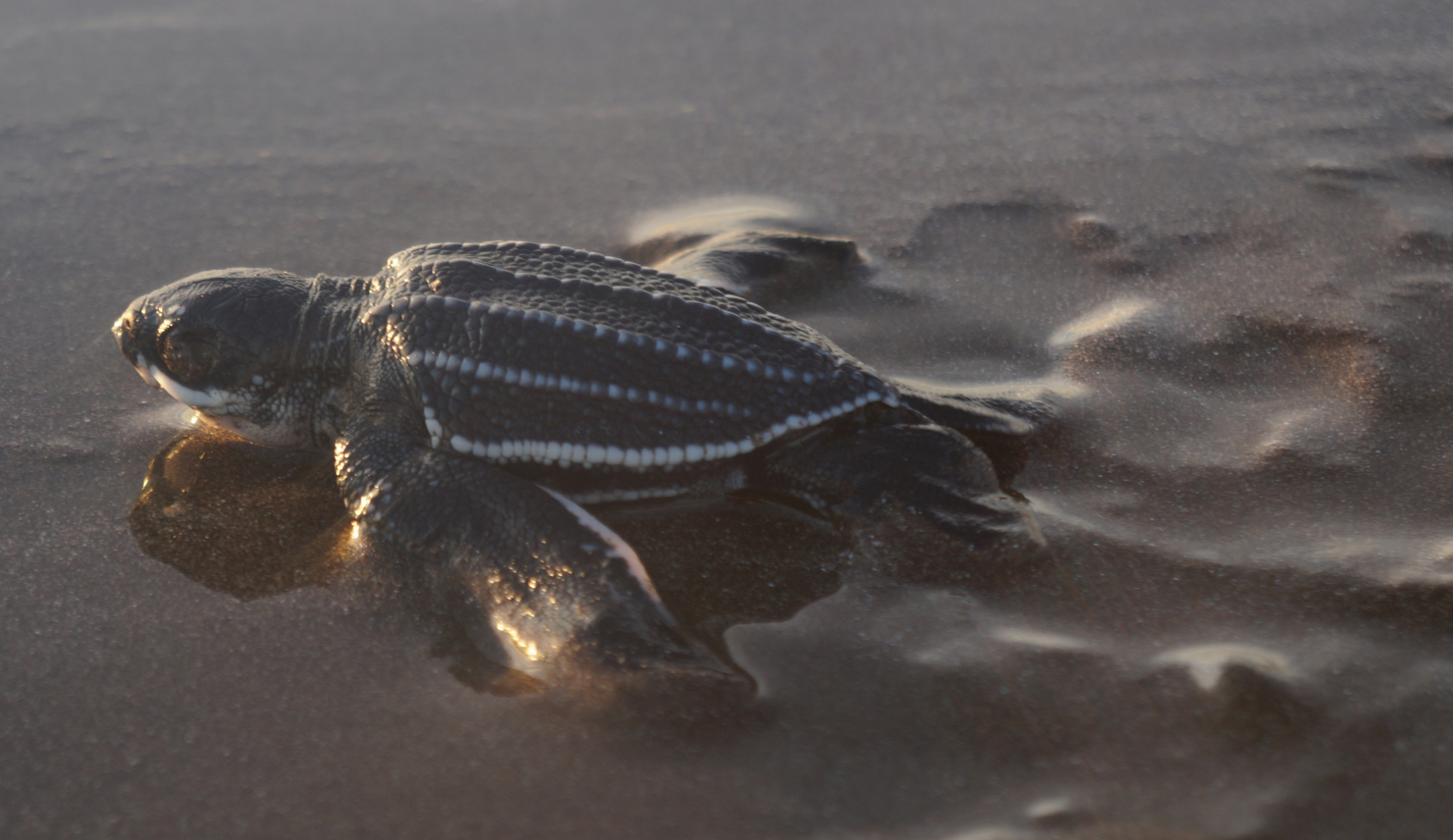 Save 200 leatherbacks a year

The research says two key metrics must be achieved in the next ten years to save the Eastern Pacific leatherback turtle:

The conservationists say these outcomes require expanded, sustained and coordinated measures among several entities working at multiple scales, including:

“Conservation work with the Eastern Pacific leatherback has been ongoing for many years; however, much of this work focuses on protecting hatchlings which take a long time to reach reproductive age,” says Alison. “There is an urgent need to scale up protection of the adults as well, which requires collaboration with communities, fishers and government, as well as extra funding.”

The authors’ population model shows that if conservation efforts are targeted and scaled up appropriately toward high-priority sites, and if projects are implemented as soon as possible and maintained over time, the Eastern Pacific leatherback population can eventually stabilise and increase.

Such efforts are under way across the Eastern Pacific, with the Laúd OPO Network and its members including FFI increasing coordinated conservation efforts. However, these efforts must now be scaled up across the region and supported more strongly by governments.