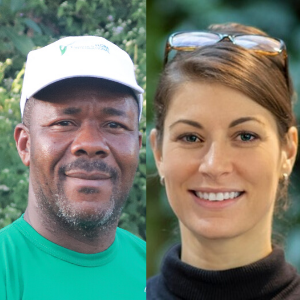 As the early morning fog lifts in the small forest town of Sérédou, Guinea (population 20,000), 3,000 men, women and children gather to celebrate ten years of Fauna & Flora International (FFI) working to conserve the Ziama landscape. Sérédou is in an isolated section of Guinea called “Guinée forestière”, nestled on the edge of the Ziama Man and Biosphere Reserve (MAB), an area of rich endemism and the only remaining site in Guinea where a small population of forest elephants survived the 20th century ivory trade.

Along the main street, jubilant conservation allies hold signs with slogans such as “The forest is life, together let’s protect it” and parade towards the central square where the day’s festivities are to take place. No gathering is complete in Guinea without les paroles (speeches), and representatives from the local mayoral and prefecture levels are in attendance, as well as longstanding partner Centre Forestier N’Zérékoré (CFZ), the government forestry agency charged with protecting the Ziama MAB. 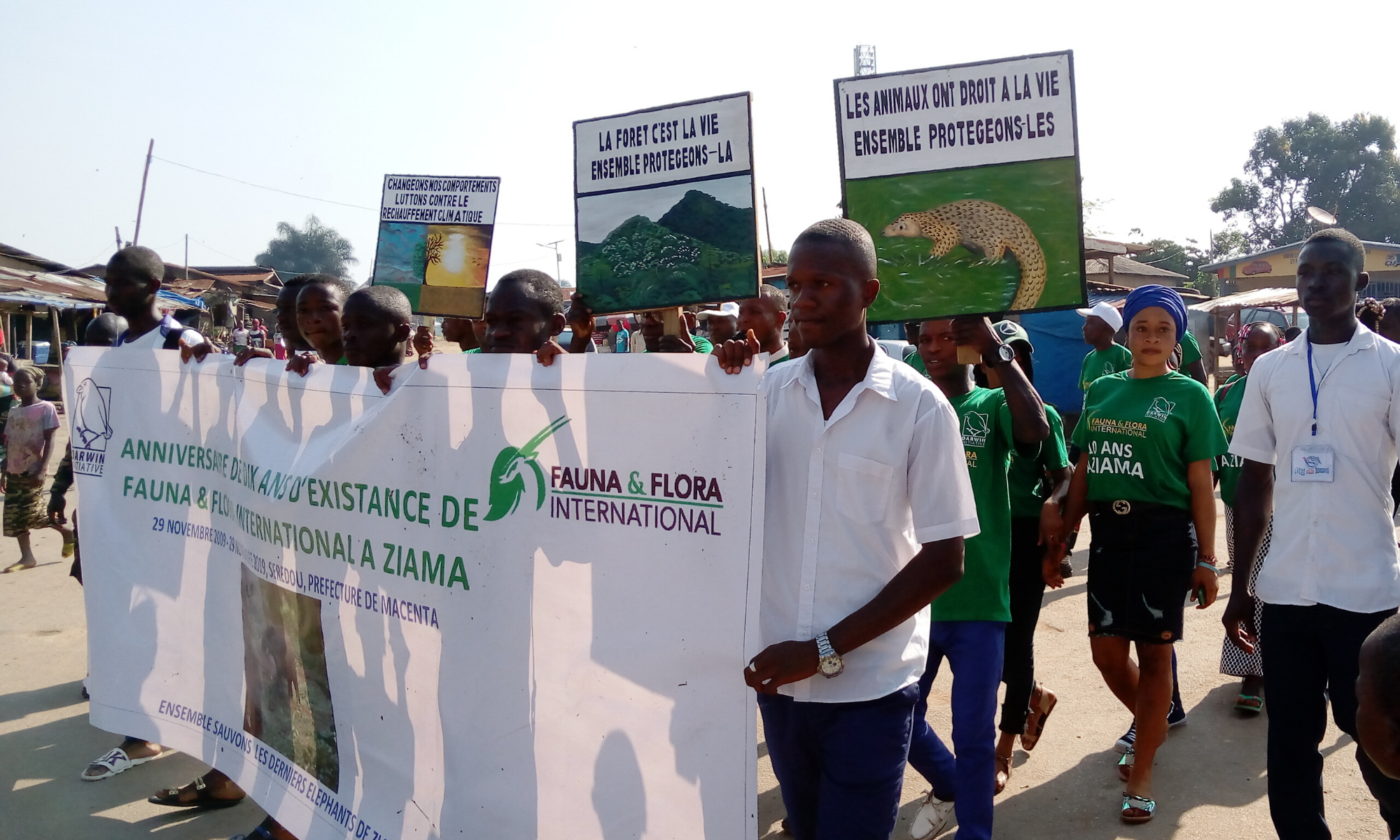 Rewind to 2008, when the situation in Ziama was dire – the withdrawal of established anti-poaching patrols had led to the decimation of the local forest elephant population through a combination of poaching and habitat destruction; numbers dropped from an estimated 215 in 2004 to only about 16 individuals remaining today. Enter FFI, led by passionate conservationist and now (interim) Guinea Project Manager Koighae Toupou. In partnership with CFZ, anti-poaching patrols were immediately re-established and have been continuously operational on a daily basis ever since.

Today, FFI is integral to conservation work in Ziama. We work with CFZ and other agencies on the maintenance and improvement of biomonitoring patrols and data collection. At the same time, working closely with donors such as the UK government’s Darwin Initiative and USAID, we support the 32 communities that live in and around the forest with agricultural and livelihoods improvement activities that help to reduce the incentive to poach and deforest. 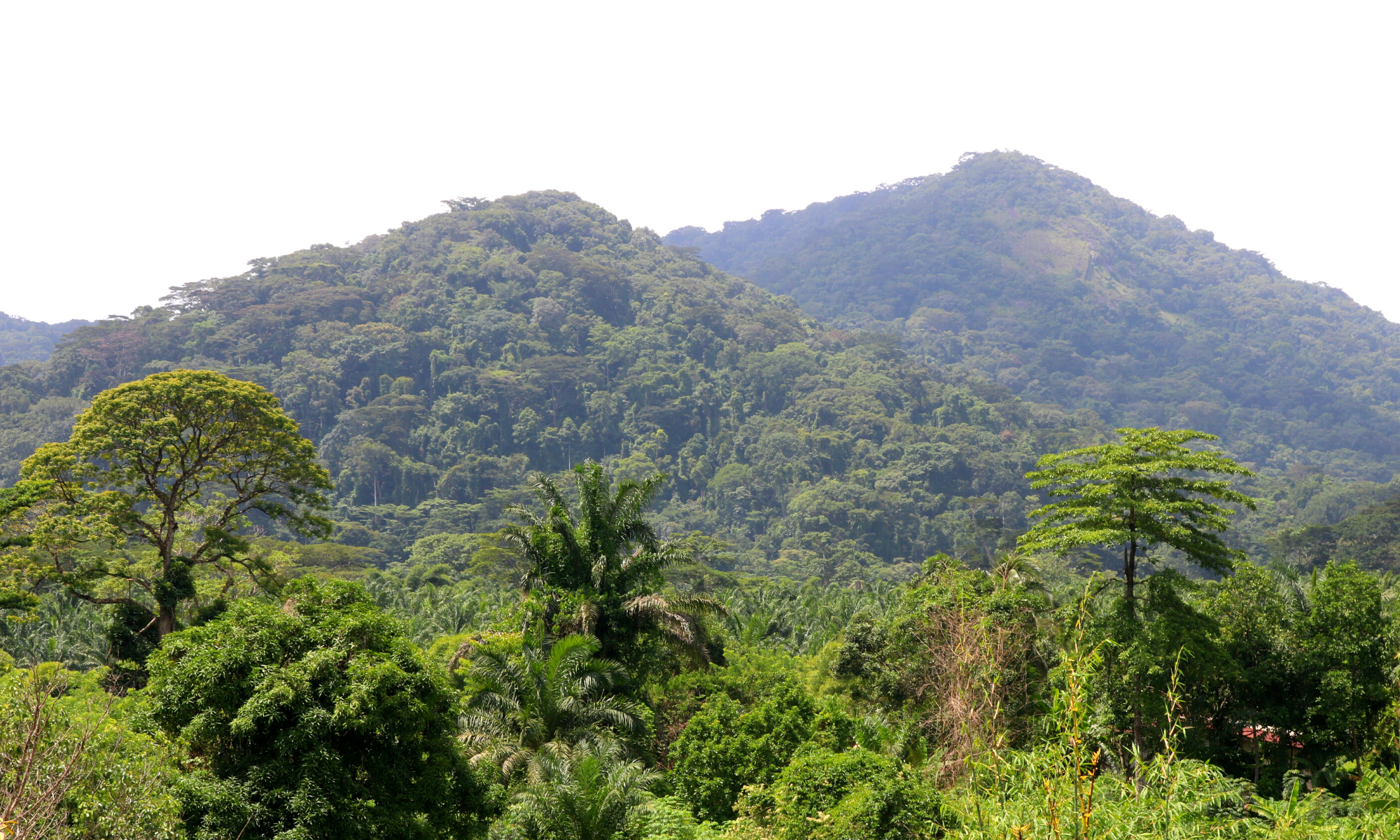 Guinea’s forests are rich in wildlife, yet under threat from poaching and habitat destruction. Credit: Michel Sakele Diawara

It is no easy feat. Poaching remains attractive to some and human-wildlife conflict (HWC) is a major issue; due to the degradation of their habitat, forest elephants sometimes leave the Ziama MAB, and as they pass through villages they can leave a trail of destruction, including trampled crops and destroyed vehicles. The people of Ziama understand the importance and value of the rare species they coexist with, but they are also suffering from their presence. Human-wildlife mitigation strategies are paramount to the preservation of the remaining forest elephant population. With support from the Darwin Initiative and the Species Fund, FFI is working with a local community affected by HWC to pilot a large buffer zone of plants and trees that are economically beneficial to the community as well as being a deterrent to elephant passage; the agricultural buffer zone gently guides the elephants away from the village and back towards the Ziama forest.

Akoi Zoumagui, Macenta prefecture sub-prefect, said: “I would […] like to express my deep satisfaction for the role played by [FFI] from 2009 to date in being among the first actors to consistently invest in the protection of Ziama Elephants.”

Crucially, the youth of Ziama are invested in the protection of their natural heritage. As the morning progressed, the celebration moved from speeches to ceremonial tree planting and on to the arts; a youth group performed a play that they had written called ‘The Fight against Poaching’, and a poetry contest was held with two winners: one on the topic of ‘The Consequences of Climate Change’, and one on ‘The Importance of our Forest Animals’.

FFI’s Koighae Toupou reflects on the future of Ziama’s forest landscapes: “We are probably the last generations still able to stop the destruction and save [our natural] heritage. [T]ogether we can still find solutions to reverse the trend before irreversible actions happen, beyond which our children’s future could be compromised.”

By early afternoon, attendance at the event was over 5,000, local media outlet Guinée Matin was livestreaming the event on Facebook, and local dignitaries were socialising with up-and-coming conservationists as all gathered to celebrate the collaboration between FFI, funders and the community that has brought about a decade of positive change in this overlooked area of the world.

Find out how conservation initiatives can address the needs and rights of local people.