Taxi for turtle delivers hope for the future

Last night I had difficulty falling asleep, which is quite unusual for me. One reason was the disturbing news that Dr Ulrike Streicher had shared with us in her blog on the horrible slaughtering of monkeys she experienced and the weird sense of pride or fun of the perpetrator in sharing what he’d done with a wide audience through social media. The other reason for not being able to put my head to rest was because I was thinking about some recent positive events that give me hope for conservation.

Uli’s blog is likely to strengthen the image that wildlife in Southeast Asia is not safe and very likely to end up on a dinner plate or swallowed as medicine. The latter use of wildlife doesn’t only effect species in Southeast Asia, but well beyond too, given the recent surge in poaching of rhino in Africa linked to the increased demand for their horns in China. The natural reaction is one of hopelessness. That humans can behave like this is abhorrent. Uli’s blog and my recent experiences got me thinking and encouraged me to write this blog. Is there really no hope for conservation?

Some recent personal experiences have given me some glimmers of hope. I would like to share this with you to motivate ongoing conservation efforts that are much needed to change conditions and achieve a change in attitude.

About 2 weeks ago, late in the evening there was a knock on the door of the FFI office in Murung Raya (Central Kalimantan). As I opened the door a man was standing there with a turtle in his hands. He asked me if I wanted the turtle. My first thought was that he was trying to sell me a pet, and my reaction was to politely tell him that I had no interest. Fortunately he was not that easily discouraged and explained the situation. How wrong was my first reaction and prejudice. It turned out that this taxi driver had stopped when he spotted this turtle crossing the road. He was concerned that if he did not pick it up, somebody else, less well-intentioned might, and the turtle would end up as dinner. Once I understood the full story I was happy to accept the turtle and released the fortunate animal a few days later in a nice spot in the rainforest. 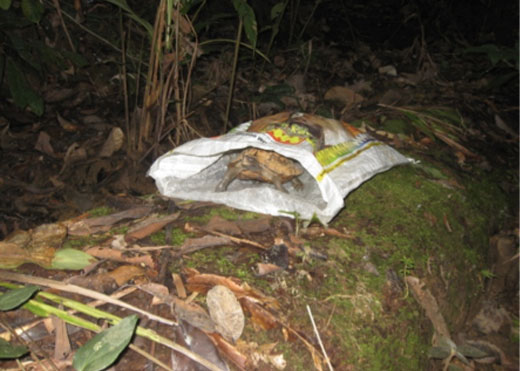 The turtle is about to be freed from its high tech transportation device. Credit: Godwin Limberg/FFI

There are more stories of these ordinary people making their individual contributions to conservation. I like to think of them as the unseen and unspoken conservation heroes. About a month ago I heard that yet another species had gained the wrong kind of interest: supposed medicinal powers. I had heard that in the interior of Borneo there was a sudden and dramatic increase in hunting of the helmeted hornbill. When I discussed this issue with our youngest son’s school teacher, who himself is a passionate hunter, I was surprised by his reaction. He shared some information on what was possibly the trade network. He knew that I work for a conservation organisation, and urged me to report this to the appropriate authorities, hoping this will stop the demand and the killing. He was clearly not happy with the prospect that this unique hornbill species with its slightly weird long tail would become extinct just for the sake of some supposed medicinal properties.

To address this problem we have to work towards a change in attitude. It should no longer be considered cool to kill rare or protected species. Changing attitudes is not easy and it will take time. But it can be done and we have evidence of having already happened. I remembered my father told me that when he was young it was considered normal to keep a robin in a cage to enjoy its song. Now it would be completely unacceptable to keep a robin in a cage just to occasionally enjoy its song. In the Southeast Asian context I am convinced that there is hope if ordinary people – including a fervent hunter or taxi driver – show compassion for animals, care about their survival and actually take action. 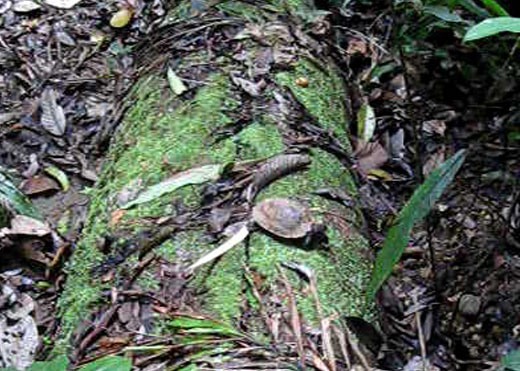 Let me finish with the story that a good friend, again a keen hunter told me. Several years ago, in a tree somewhere in Borneo he took aim at a gibbon. The gibbon was aware of what was about to happen. However it could do little else but sit still and await the inevitable. As my friend took aim and was about to pull the trigger he saw the sad and desperate expression in the gibbon’s eyes. In a split second the almost humane expression touched his feelings. He put down his gun and since that moment gibbons are no longer on his menu.