Talking microplastics at the Houses of Parliament

Like the species they seek so hard to protect, conservationists often find themselves in strange habitats. Perhaps one of the oddest is the grand and daunting environment of the UK Houses of Parliament, where I represented Fauna & Flora International (FFI) in a public inquiry on the effects of microplastics last month.

Sharing the panel with colleagues from Marine Conservation Society, the Environmental Investigation Agency and the British Plastics Federation, we were subjected to a variety of challenging and thought-provoking questions from the government’s Environmental Audit Committee, a group chaired by Mary Creagh MP and which also includes Zac Goldsmith MP and Caroline Lucas MP. 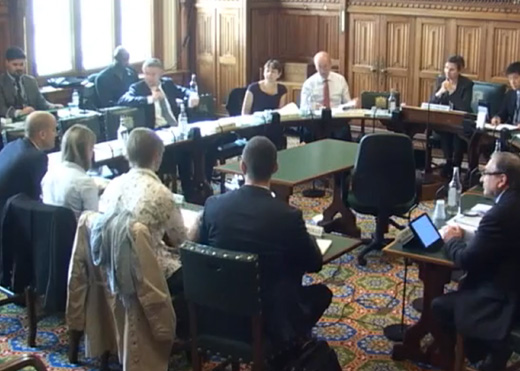 The discussion covered many facets of the growing global discussion around microplastic pollution: where it comes from, what solutions exist to prevent microplastics becoming a pollution problem, and what the potential environmental, economic and societal costs of this pollution are.

Cosmetics and the use of microplastics as ingredients in many beauty and care products dominated the discussion, with FFI stressing the urgent need to tackle this highly-publicised problem, given that this is one of the best-understood sources of marine microplastic pollution, and one for which there is a relatively straightforward solution.

Through its work developing the Good Scrub Guide, FFI has worked with a range of cosmetics companies – from small, environmentally-conscious producers to multinational brands – to demonstrate that using solid plastics in products that go down the drain is unnecessary, unpopular, and can harm the environment.

While we were pleased to hear that the committee was aware of the positive commitments that have already been made by many global brands to phase out microplastics, we were quick to point out that the ambition and scope of these commitments varies greatly. Some brands are only taking action on certain types of solid plastics, leaving potentially millions of products on the shelves that still contain polluting materials not covered by their commitments. 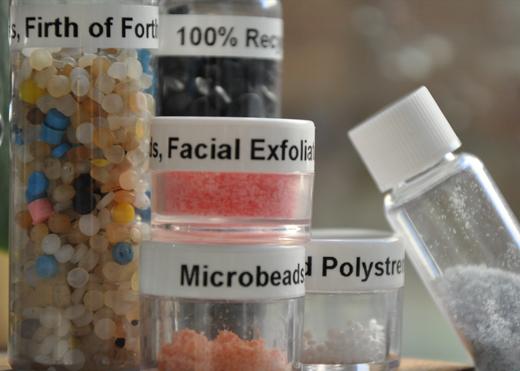 If, for example, a brand commits to “phasing out polyethylene microbeads from face scrubs”, they may still use other types of plastic (e.g. polypropylene, PET, PTFE etc.) or may use any kind of plastic in other products beyond just face scrubs.

FFI is aware that there are a growing number of commitments but no consistent standard to guide confused consumers, who overwhelmingly do not want to buy products containing solid plastics (as proven by the more than 300,000 people who have already signed a UK NGO coalition petition on the issue). Ultimately, this makes a strong case for introducing a clearly articulated ban in the UK or even Europe.

At the inquiry, we went on to discuss other sources of microplastic pollution, with all committee members showing a keen interest in the loss of acrylic, nylon and other plastic microfibres when we wash our clothes.

John McNally MP specifically highlighted the loss of plastic pellets (also known as nurdles – the raw material of the plastics industry) and The Great Nurdle Hunt project in Scotland, run by Fidra, with whom we work closely on this issue.

Broader questions were posed around which industries are likely to be affected by the increasing accumulation of microplastics in UK waters, with the panellists focusing strongly on the dangers it could pose to fisheries and tourism.

We were asked about progress on the latest microplastics research and, in particular, studies into the potential effects on human health. While much is still unknown about these effects, FFI continually pressed the need to balance scientific evidence with the moral imperative to prevent microplastics from reaching freshwater and marine ecosystems – a place where they clearly do not belong.

Members of the committee were also interested in the possibility of using so-called ‘biodegradable’ plastics as an alternative to microplastics in cosmetics. FFI and all colleagues on the panel argued strongly that biodegradable plastics are not a solution to marine litter, in cosmetics or in any other plastic products. In actual fact, the term ‘biodegradable’ has been misused in this context, and in fact simply means that the plastic breaks down into ever smaller pieces rather than being fully decomposed. As such, their use would pose the same risk to biodiversity as traditional plastics.

FFI looks forward to further hearings in the committee’s inquiry and eagerly awaits its final recommendations. Our hope is that the committee will recommend a bold and comprehensive UK microplastics management strategy that identifies priority sources and outlines achievable policies to tackle these.

Finally, following in the footsteps of the many brands and leading retailers that have already made strong pledges to remove all solid plastics from across their product ranges, we hope to see a clear, unequivocal governmental response to the public desire that all cosmetic companies eliminate microplastics from their products altogether.