Many eloquent commentators have waxed lyrical about their first encounter with mountain gorillas – most notably Sir David Attenborough, vice-president of Fauna & Flora International (FFI) since 1979, the same year that those iconic scenes from Life on Earth were first broadcast.

For the fortunate few who have been privileged to share an hour (or more in Sir David’s case) with these powerful but peaceable primates, the experience is often nothing short of life-changing. In my case, it was the closest I’m ever likely to come to an epiphany.

It’s over 15 years since I stood in stunned silence in the midst of a mountain gorilla group in Volcanoes National Park. I had travelled to Rwanda to help create a new website for the International Gorilla Conservation Programme – which FFI co-founded – and was fortunate enough to be in the company of the legendary François Bigirimana, a veteran gorilla guide with an intimate knowledge of these remarkable animals. 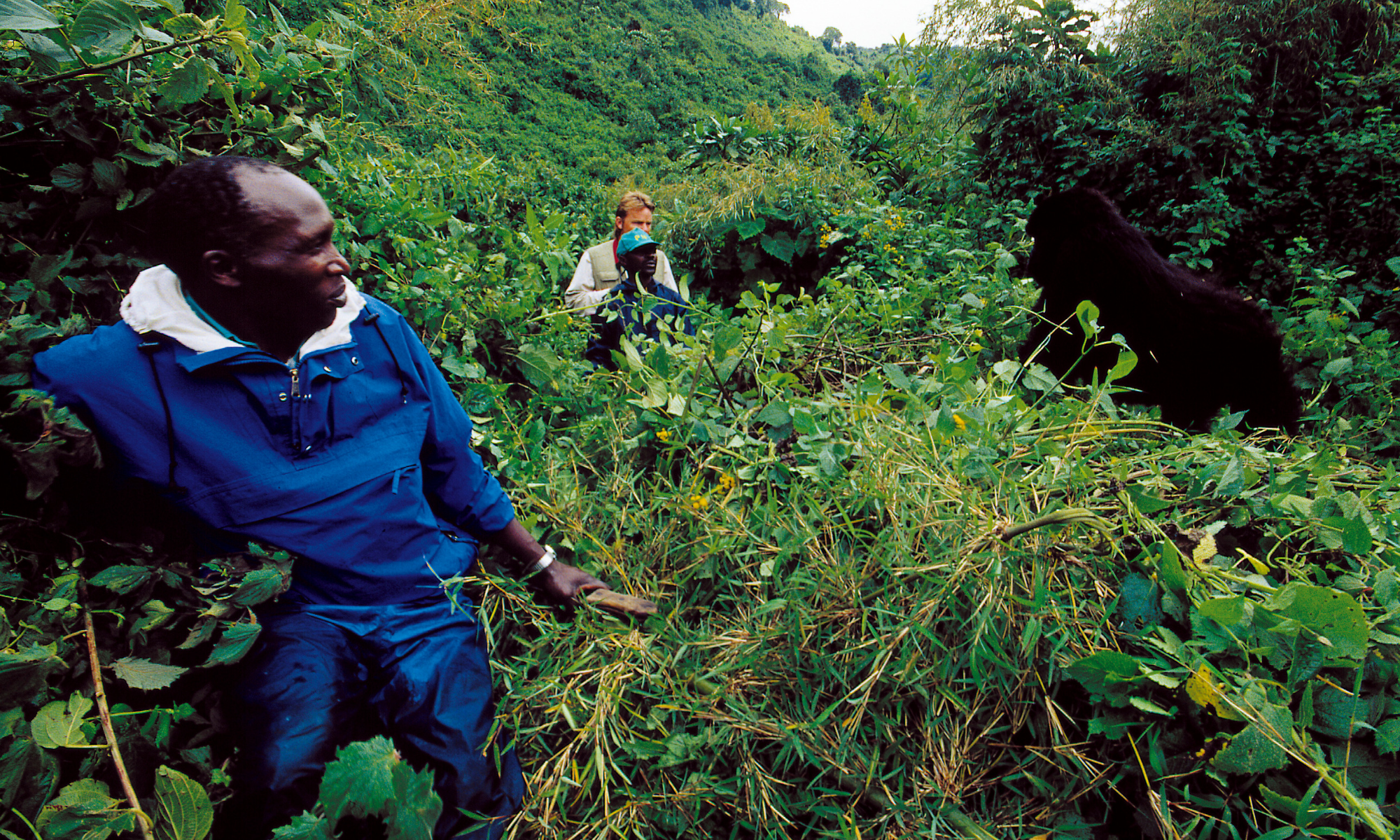 At one point, François beckoned me over to where he was crouching a short distance from the main group, pointed into the thick foliage and whispered: “Le chef fait l’amour.” Sure enough, the giant silverback and his female companion had absented themselves and were discreetly devoting themselves to the vital task of perpetuating their subspecies. Privileged insights are one thing, but personal intrusion is quite another. Leaving Guhonda and his latest flame to procreate in private, we returned to the rest of the group.

Thanks to the kind of scene we witnessed – and to the indefatigable efforts of conservationists and park staff working against the odds for decades – mountain gorilla numbers have increased to the point where experts have seen fit to downgrade this particular great ape’s IUCN Red List status from Critically Endangered to Endangered. 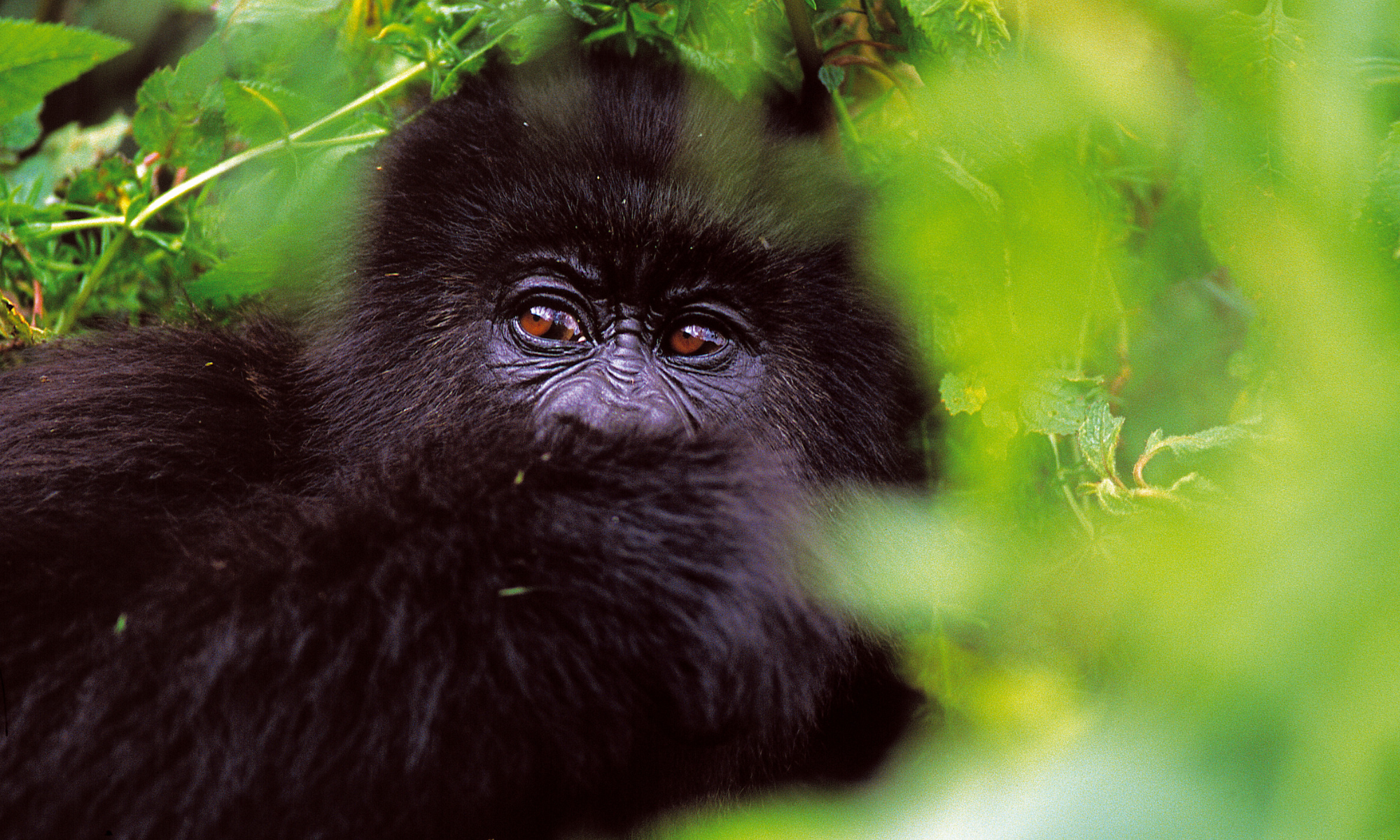 Hope for the future in the shape of another mountain gorilla baby. Credit: Juan Pablo Moreiras/FFI

Regrettably, its closest cousin is on a very different trajectory. Relatively little studied, and largely unknown outside conservation circles, Grauer’s gorilla – sometimes misleadingly referred to as the eastern lowland gorilla, despite the fact that it also occurs at higher altitudes – is confined to eastern Democratic Republic of Congo (DRC).

Grauer’s gorilla may be more numerous than its montane cousin, but it is patchily distributed – in pockets – across a vast area 800 times larger than the habitat occupied by mountain gorillas. What is more, the population trend is heading in the opposite direction, and at an alarming rate. In recent years, numbers have plummeted and its range has shrunk dramatically.

Even at the time of the earliest surveys in 1950, the population was already fragmented and under considerable threat. In the ensuing decades, habitat conversion, hunting for bushmeat and retaliatory killing for crop-raiding – all against a backdrop of violent civil conflict – took a considerable toll. 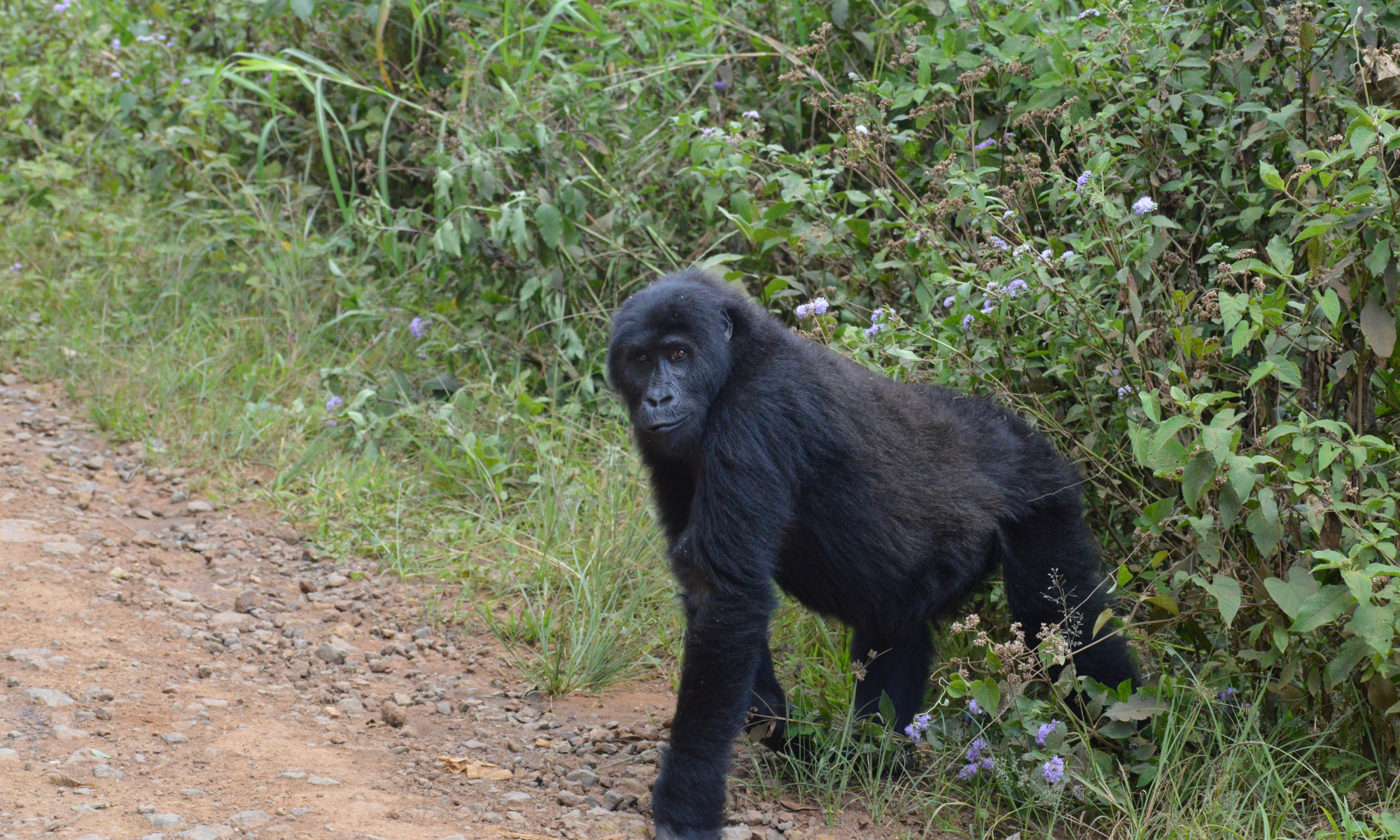 An intensive survey led by WCS and FFI revealed a 77% decline in Grauer’s gorilla numbers within the previous 20 years – equivalent to a 5% year-on-year loss. An estimated 3,800 individuals remain, confined to an area covering around 20,000 square kilometres. For much of the last decade, Grauer’s gorilla has had the unenviable distinction of being listed as one of the world’s 25 most endangered primates.

It is not all doom and gloom, however. In the face of multiple threats posed by civil unrest, agricultural expansion, illegal and unregulated mining, poaching and exposure to deadly diseases such as Ebola fever, some tremendous work is being done to halt the dramatic decline of Grauer’s gorilla – as well as the eastern chimpanzee – under the auspices of the Eastern DRC Great Ape Conservation Action Plan.

FFI has been working with communities and local authorities to safeguard Grauer’s gorillas and their habitat since 2011. Our efforts to date have focused specifically on two community forest areas to the west of Maiko National Park. Réserve de Gorilles de Lubutu (REGOLU) and Réserve de Gorilles de Mukingiti et Kingombe (REGOMUKI) cover, respectively, about 500 and 1,000 square kilometres – and act as a buffer zone for the national park itself, much of which is inaccessible as a result of the long-term presence of rebel militia.

Within these two reserves FFI focuses on supporting locally led biomonitoring and law enforcement by helping to train and equip community rangers. We are also working with communities to improve their livelihoods and support sustainable natural resource use – for example, by providing them with the means to build energy-efficient stoves that reduce the need for firewood collection and improve health. 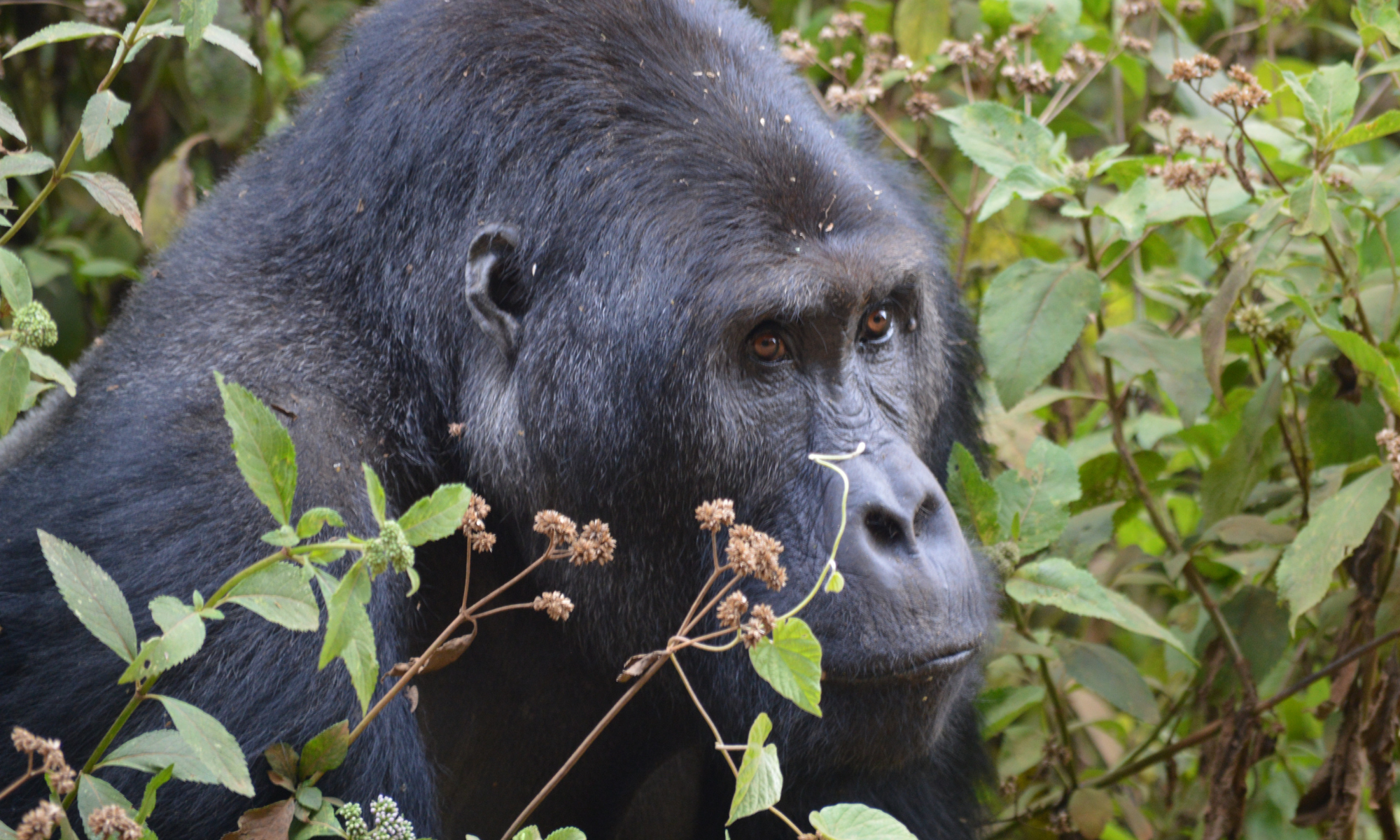 Our close working relationship with these communities has enabled FFI not only to mitigate conflict, but also to locate Grauer’s gorilla groups that had previously gone undetected during surveys in 2010. It is entirely possible that more groups exist outside the areas regularly monitored by the nine community ranger teams. Current patrols cover only a fraction of the reserve areas, and most of the gorillas located to date have been found in remote forests at high altitude, away from human disturbance.

There is an urgent need to safeguard as many Grauer’s gorillas as possible both within and outside protected areas – and to ensure the connectivity of their habitat – in order to maintain the genetic diversity on which the long-term viability of the subspecies will ultimately depend.

FFI support for the efforts of wildlife authorities and communities in REGOLU and REGOMUKI is already having an impact. As we seek to broaden the scope of our work to cover more gorilla territory, insecurity is obviously an ongoing issue, but the main constraint is funding. With additional support, we could be doing even more to ensure the continued survival of Grauer’s gorilla.

We helped bring the mountain gorilla
back from the brink. With your support
we could do the same for Grauer's gorilla.