An award-winning team of marine conservationists supported by the Conservation Leadership Programme (CLP) – a partnership comprising Fauna & Flora International (FFI), BirdLife International and the Wildlife Conservation Society – has successfully tagged a thresher shark for the first time in Indonesia.

All three species of thresher shark are classified as Vulnerable on the IUCN Red List of Endangered Species. Highly valued for their meat and fins, they are frequent victims of gillnet and longline fishing, either as direct targets or as bycatch. Their slow rate of reproduction makes them extremely vulnerable to overharvesting. With this in mind, thresher sharks have recently been added to Appendix II of the Convention on International Trade in Endangered Species (CITES). 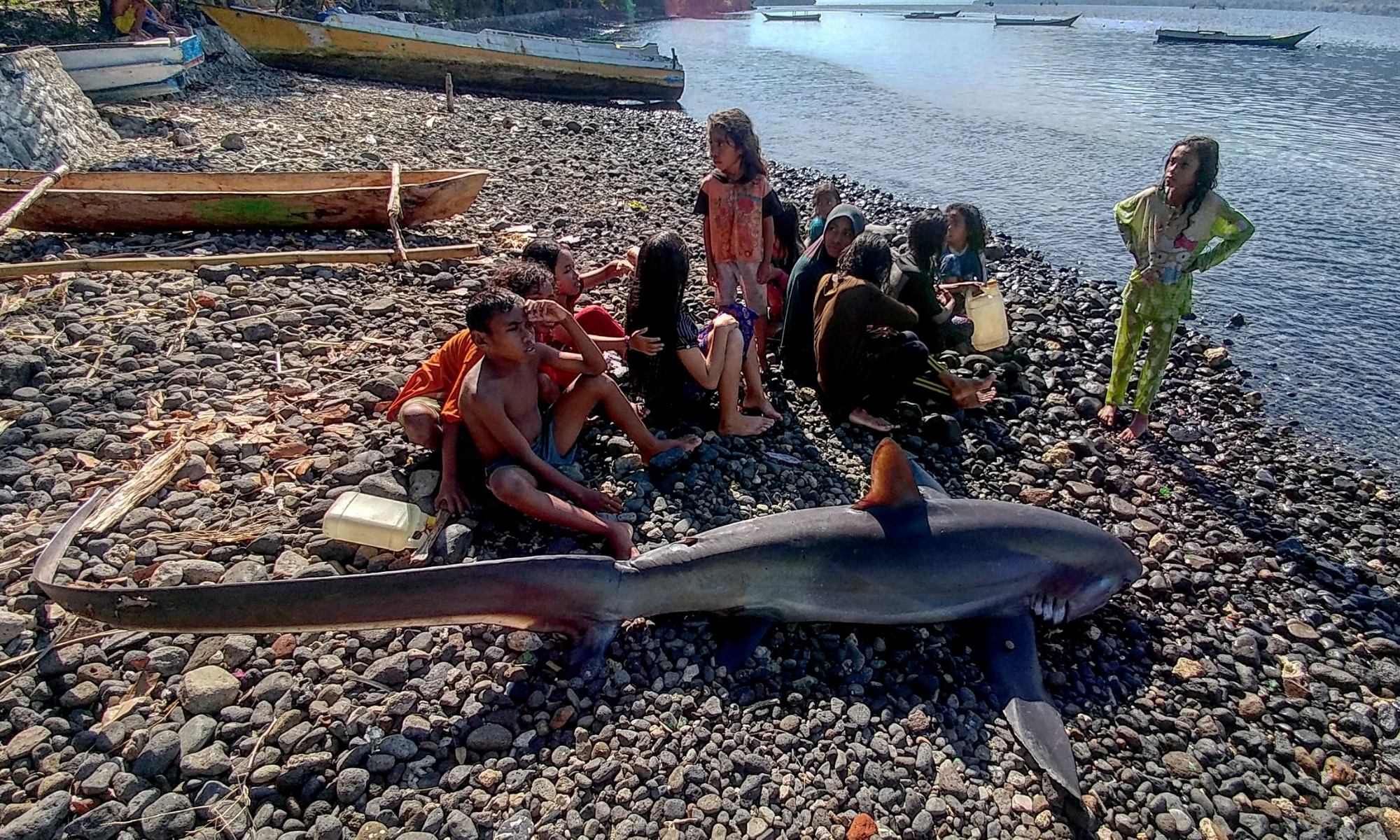 Little is known about the Indonesian populations of this enigmatic shark – which account for over 50% of bycatch recorded aboard tuna-fishing vessels – beyond the fact that numbers have fallen by over 80% since 2005 and continue to decrease. The government of Indonesia is aiming to improve conservation management of thresher sharks and this CLP award- winning project is designed to support that goal through a combination of fisheries surveys, satellite tagging data analysis, citizen science and community outreach.

The intensive two-week training course that CLP delivers to help the award-winning teams ensure that their project runs smoothly includes a variety of practical modules and simulated scenarios, but catching a thresher shark by its tail isn’t one of the skills they are required to master. 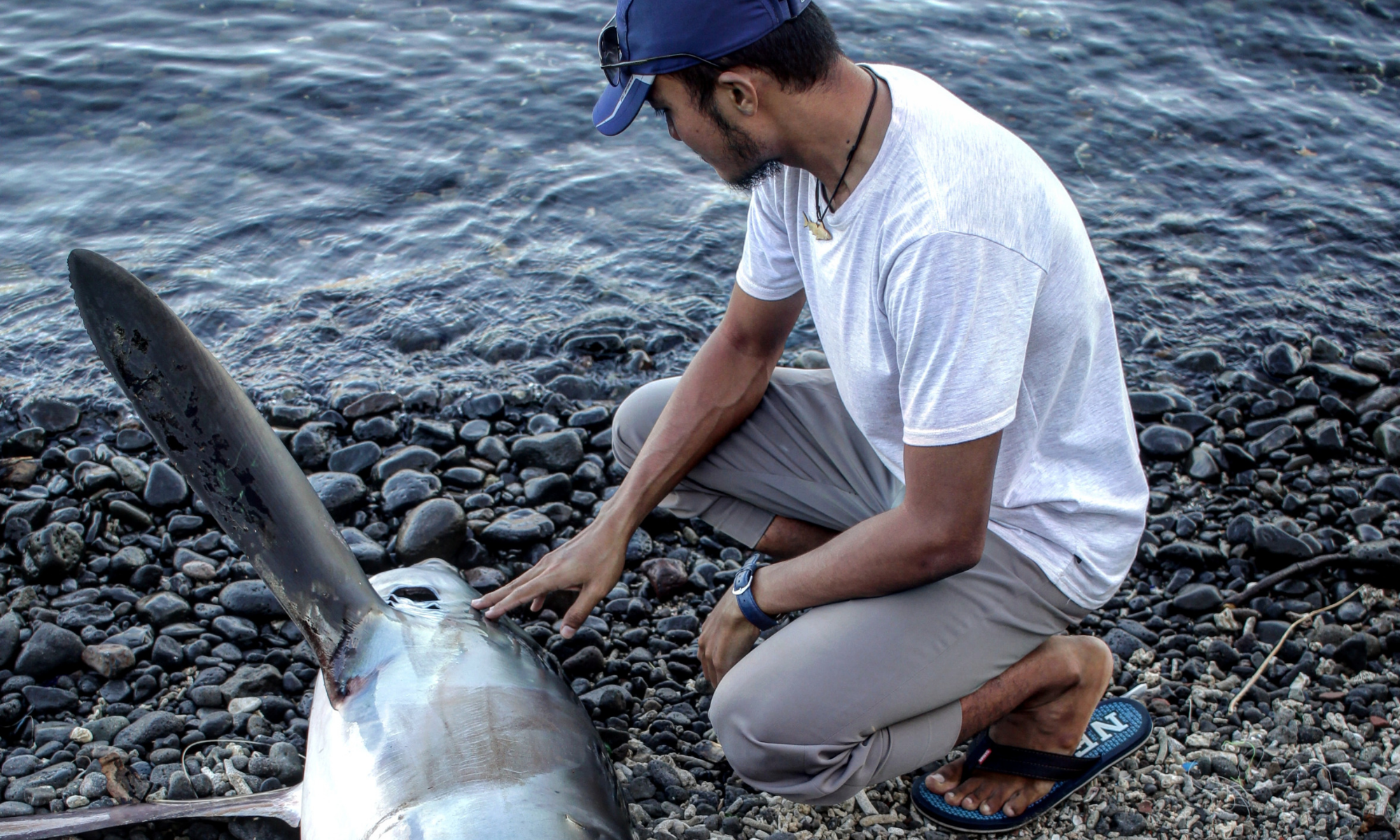 Fortunately for Rafid Shidqi and his team – whose project success will depend partly on being able to track the movements of this highly mobile and wide-ranging pelagic predator – this technique has been perfected by local fishers working the waters around Pulau Alor, the largest island in Indonesia’s Alor Archipelago. They have learned how to modify their fishing lines in order to target thresher sharks specifically.

They tie several hooks together and wrap them in colourful strings, shaping them to mimic particular prey species. The choice of string colour is not random; when a thresher shark is caught and gutted, the fishers check its stomach contents to see what it has been eating and decorate their hooks accordingly on the next fishing trip, changing their bait every day to match the shark’s latest preferred prey. Black strings mimic small black anchovies, red ones represent squid, and chicken feathers simulate small mackerel.

Thresher sharks are stunning fish in more ways than one. They use their spectacular, disproportionately long tail as a makeshift club to beat their prey senseless before consuming it. But the resourceful fishers around Pulau Alor have turned this useful adaptation to their own advantage. When a thresher shark slaps the artificial bait, its tail becomes entangled with the hooks, partially immobilising the fish and making it difficult to fight back. 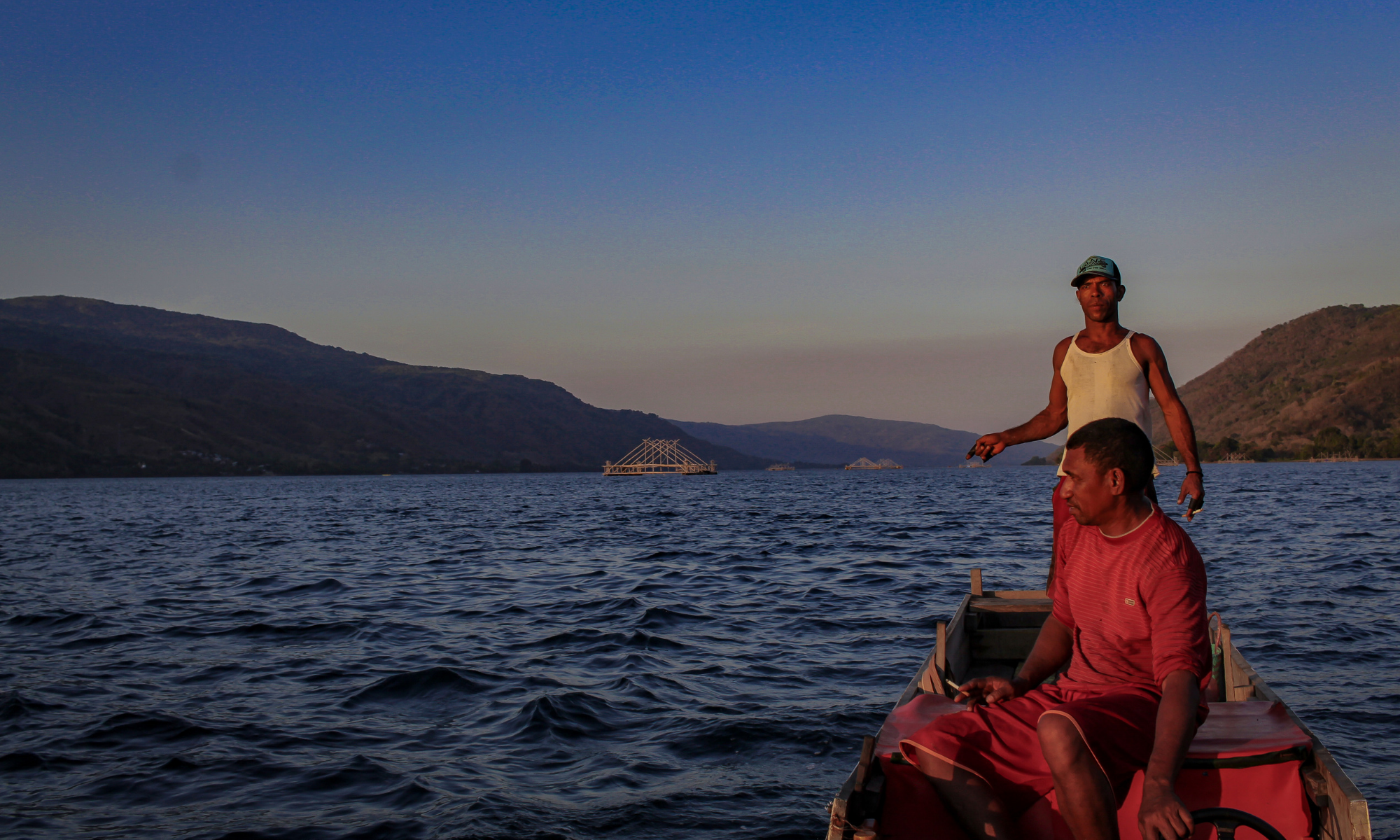 The aim of this particular fishing expedition, however, was to capture a live shark and attach a satellite tag that would enable the CLP team to monitor its movements and gather vital data that will help conserve this threatened denizen of the deep. Team leader Rafid Shidqi takes up the story: “We spent almost four hours under the scorching sun, waiting for the fisher to catch something. When someone shouted that a shark was caught, I almost exploded in joy. I grabbed my underwater camera and jumped overboard. I put my head in the water and looked into the deep, dark sea. The rays of the sun faded as I traced the fishing line with my eyes, deeper and deeper. I couldn’t believe what I saw in that moment.”

The captured shark was photographed, measured and fitted with a tag, which was inserted at the base of its dorsal fin. Once stabilised, it was released unharmed and its movements observed until it descended out of sight. Rafid was understandably thrilled to have witnessed this extraordinary encounter: “We tagged the shark! Not only that, it was my first time to see a live thresher shark. And this was the very first thresher shark to be satellite-tagged in Indonesia!”

The team is eagerly anticipating the valuable information that it hopes the tag will generate: “Hopefully our work can help solve a little mystery about these sharks: where are they going? With this data we will be one step closer to recommendations that could help conserve this amazing creature.”

Further details about this project, which is funded by Arcadia – a charitable fund of Lisbet Rausing and Peter Baldwin – can be found here on the Conservation Leadership Programme website. 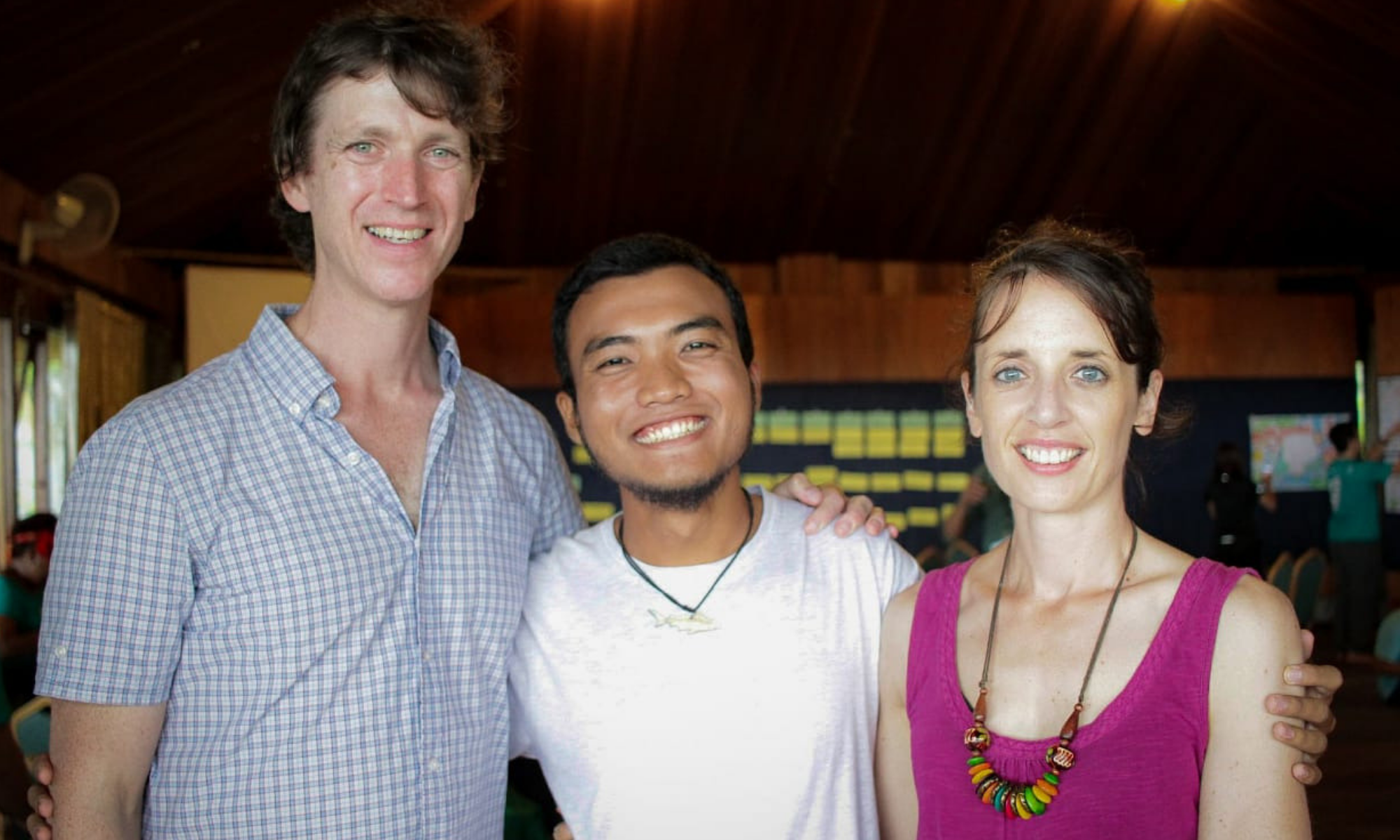