Twilight. The mysterious time before dusk when the sun has almost set and the shadows of night are creeping in. As most people yawn and make their way home, a group of five abandon their vehicle and trek deep into a Transylvanian forest. Sometime later brown bears begin to stir from their slumber for a night of foraging.

What are we doing late at night in the middle of a forest you ask? We’re going on a bear hunt. Figuratively speaking of course!

Fauna & Flora International (FFI) is working to protect Transylvania’s Zarand landscape corridor with forests of European importance which contain brown bears, wolves, and Eurasian lynx. I was in Romania to help with the production of a film showcasing the positive impact FFI’s work is having on communities, wildlife and the landscape. 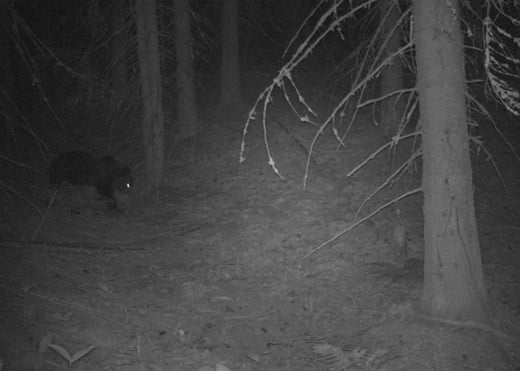 If you go down to the woods today…

We were off to a promising start as we trudged up-hill and spotted fresh bear paw prints in the mud. I was impressed by just how large and deep they were; never having seen a wild bear before it was difficult to fully comprehend just how big one would be – particularly if I ended up face-to-face with it!

Hiking through the forest there was a sense of urgency to arrive at our destination – a raised wooden hide – as quickly as we could. We planned to arrive five hours early because bears have an acute sense of smell and will often avoid areas with unfamiliar human odours.

Squashed into the hide, the five of us whiled away the hours until dark in stilted, whispered conversation, wincing at the extraordinary amount of noise one plastic pretzel bag can make when opened. We sat, waited and crossed our fingers all the while hoping to catch a glimpse of a bear.

Around midnight, when we were at risk of entering a sleepy state of stupor, we heard rustling and low grunting – not a bear but wild boar foraging nearby. However, the wild boar quickly moved away and all was quiet again, until eventually the pitter-patter of rain hitting the roof sadly washed away our chances of seeing a bear.

In the pitch black, with only the light from our head-torches to see, we splashed through the mud back to the warmth of the car. As we hurried through the dark forest I couldn’t help but wonder where the bear that had left those enormous paw prints was now… 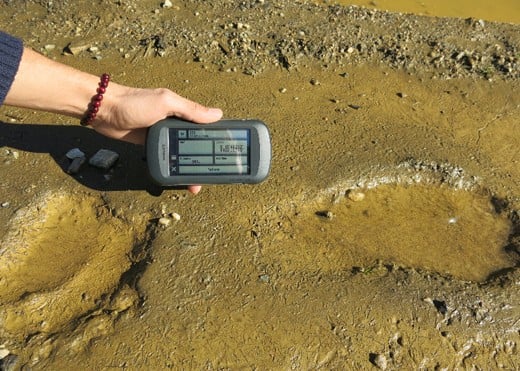 Despite not being able to film any bears we did capture plenty of footage from this beautiful landscape. We are using this footage to create three short films that will centre on the themes of human-wildlife conflict, socio-economic change and landscape fragmentation.

FFI, local partner Zarand Association and the Gendarmerie are working to improve negative attitudes towards wolves and other wildlife by working with shepherds and farmers. By providing electric fences and Carpathian shepherd dogs to better protect sheep, incidents of wolves stealing sheep should reduce and it is hoped that perceptions of these carnivores and the damage they cause, will improve. 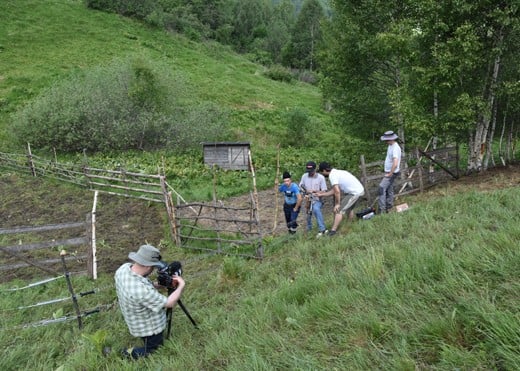 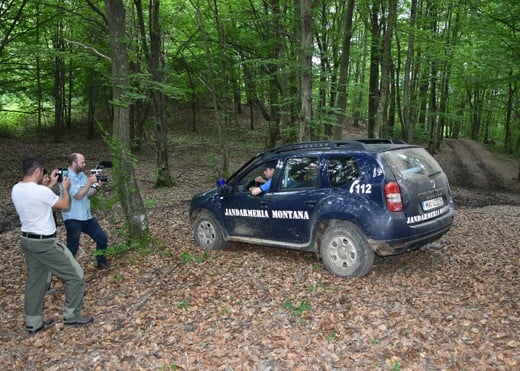 The Gendarmerie patrols the forests for poachers and illegal snares which can trap wolves and bears. Credit: Olivia Bailey/FFI. 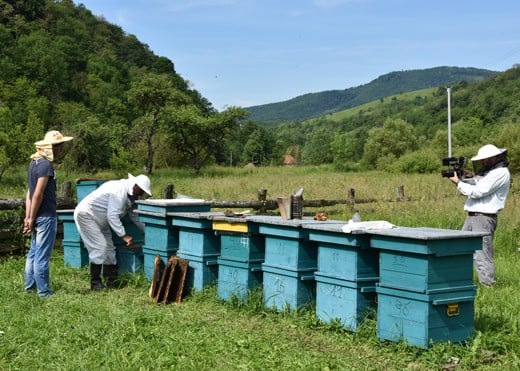 Bee keeping is a traditional farming practice but is in decline as young people are increasingly moving away from villages to earn higher incomes elsewhere. By providing new hives that are chemical free and require less work, more honey can be produced and marketed at a higher value. Bee keeping also encourages communities to value wildflower meadows which rely on low-intensity grazing. Credit: Olivia Bailey/FFI. 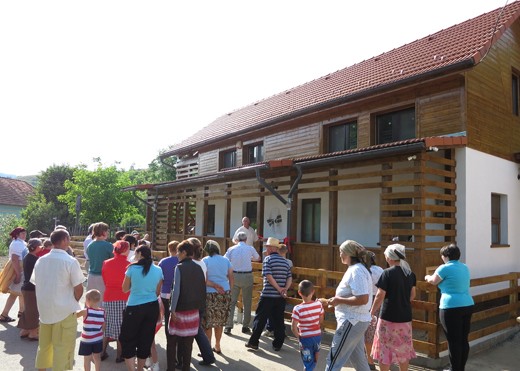 The construction of a milk collection facility in the village of Rosia Noua is allowing farmers to combine the milk they collect and therefore provide larger quantities which can then be sold or used in the production of higher-value dairy products such as butter. Credit: A Barbu (Asociatia Zarand & FFI). 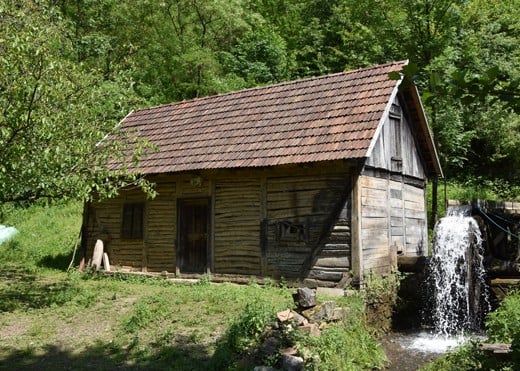 The restoration of this water mill makes this the only working water mill left in the valley and has enabled the local community to produce better-quality flour which can be used to make bread, polenta, and has also revitalised interest in making a traditional corn bread called malai, which is rarely sold in stores. Credit: Olivia Bailey/FFI.

The increase in development, risk of more intensive farming and forestry and the construction of new roads puts the landscape at greater risk of fragmentation. FFI is working to maintain and enhance this landscape corridor, linking the Western and Southern Carpathian Mountains through which large carnivores can move freely. This is known as the Zarand landscape corridor. 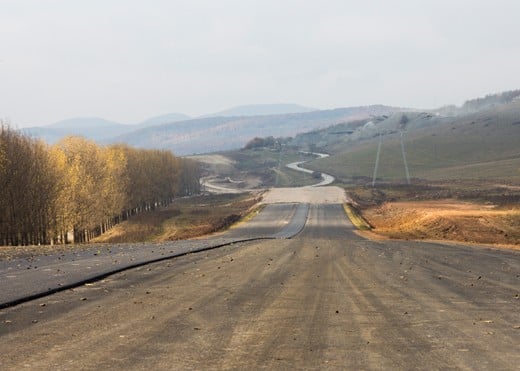 A new and much needed motorway is currently being built. However, it cuts through the heart of this landscape corridor and so appropriate mitigation methods (such as wildlife bridges and tunnels) are now being incorporated into the motorway design which will allow wolves and bears to cross safely. Credit: Lizzie Duthie/FFI. 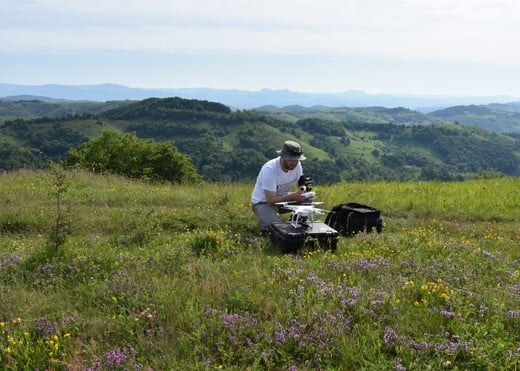 Using a drone to capture what the landscape looks like from above. The Zarand landscape corridor is a beautiful and unique mosaic of forest and meadow habitats. Credit: Olivia Bailey/FFI.