Hardest hit were the female saiga antelopes of the Betpak-Dala population, at that time the largest population of this species, which had gathered for calving in a number of separate aggregations across a vast landscape.

Steffen Zuther, from the Association for the Conservation of Biodiversity of Kazakhstan (ACBK), described what he witnessed last May. “When symptoms appeared, death was only a few hours away. The herds showed up to 100% mortality, leaving only a few groups of animals alive, consisting mostly of males, which separate from the big calving aggregations.”

Since then an international research project conducted by the Kazakhstan authorities with support from FFI and partners has been under way to find out what caused this catastrophic event.

Several laboratories in Kazakhstan analysed samples from the dead saiga antelopes and identified the bacterium Pasteurella multocida as present. This bacterium causes haemorrhagic septicaemia which led to the death of the animals.

Attempts to find other infectious agents such as viruses failed to find anything significant, confirming consistent infection in all cases examined. The results indicate that it is unlikely that an underlying infection predisposed the saiga population to the haemorrhagic septicaemia.

What is surprising is that while the bacterial infection has killed wild and domestic animals in grassland ecosystems in the past, the level of mortality has never been this extreme. This makes last year’s die-off a unique and unprecedented biological event.

Intensive research is being conducted by experts in several fields to understand whether other triggers and environmental factors provided conditions for the bacteria, which normally live harmlessly in the respiratory tract of saiga, to become so prevalent and virulent. 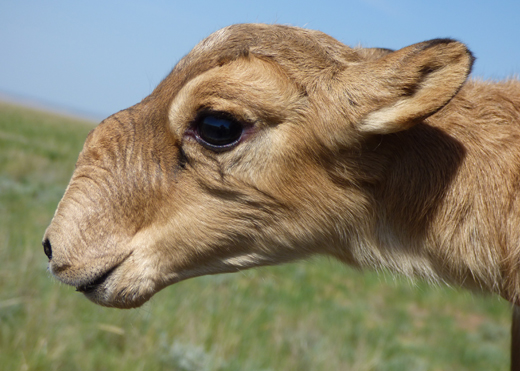 The saiga mass die-off highlighted the importance of protecting the remaining Critically Endangered animals from other ongoing and severe threats. Having declined by almost 90% due to the die-off, the situation of the Betpak-Dala saiga population is critical.

As FFI council member E.J. Milner-Gulland from the Saiga Conservation Alliance points out: “Continuing severe poaching is causing further losses, especially of males, which are shot for their horns, a highly priced agent in traditional Chinese medicine, which is used in several Asian countries.”

In 2015, Kazakhstan’s Committee of Forestry and Wildlife reported an increased number of poaching cases, with 107 cases compared to 79 in 2014.

Continued anti-poaching work will therefore be key to saving the Betpak-Dala saiga population, which needs time to recover from the devastating die-off. The Kazakhstan government has developed a list of actions for saiga conservation, which will begin to be implemented this year. 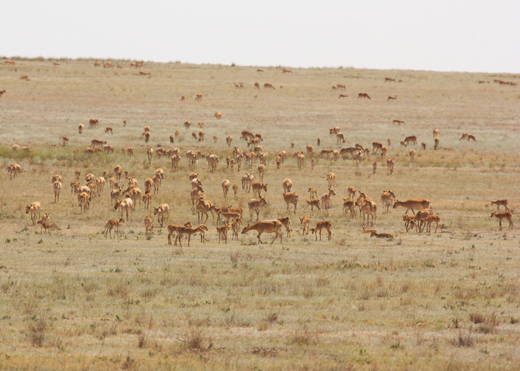 As for the possibility of developing a vaccine or preventative treatment to stave off future disease outbreaks, Professor Richard Kock from the Royal Veterinary College is doubtful. “There is no practical prophylaxis possible against haemorrhagic septicaemia in saiga given the species’ behaviour and the lack of a delivery mechanism for a vaccine.”

“The likely stress caused by attempting to vaccinate them, either through aerial spraying of aerosolised vaccine or other means, may be as likely to lead to mortality as the disease itself. Once environmental triggers and co-factors are determined, the potential for intervention can be reassessed.”

In the meantime, it is crucial that ongoing research efforts into the disease outbreak are matched by enhanced protection of remaining populations.

As part of its wider work with saiga, Fauna & Flora International has been supporting the investigations into this alarming die-off event, which is being led by the Royal Veterinary College of the University of London, with involvement by Research Institute for Problems of Biological Safety, the Association for the Conservation of Biodiversity of Kazakhstan, Oxford University, Bristol University, Swedish University of Agricultural Sciences, and the UN’s Food and Agriculture Organisation.

For more information read the ACBK report in full.