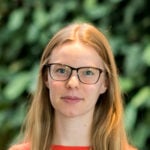 For the first time, scientists have calculated the world population of the spoon-billed sandpiper, after overcoming a number of difficult challenges including limited knowledge about the whereabouts of this tiny shorebird, which breeds across a huge tract of far eastern Arctic Russia and migrates to spend the winter on tropical estuaries and mudflats from south China to Bangladesh. The research by Clark et al. was published today in Fauna & Flora International’s journal, Oryx—The International Journal of Conservation.

The spoon-billed sandpiper is classified as Critically Endangered, with rapid population declines recorded in recent decades in the few places from which the bird is known. However, the researchers believe it is likely that the species is also present at other unknown locations where it might be faring better, or even much worse, than in its known haunts.

Using a combination of survey methods, the researchers estimated that the global breeding population in 2014 was 210 – 228 pairs, while the post-breeding population (all ages) was 661 – 718 individuals. These results represent the most accurate estimate of the sandpiper’s population to date.

The research also indicated that the wintering locations of only about half of the world’s spoon-billed sandpipers have been found so far, which is important because the species is known to be highly threatened by hunting and industrial and agricultural development of mudflats, so finding and protecting these key sites will be paramount.

Concerted action to protect these birds and their known habitats have had some success recently, and the challenge now is to locate other important habitat areas so that sandpipers can be conserved there too.

In the next stage of the study researchers therefore hope to track sandpipers with miniature satellite tags, allowing them to locate currently unknown wintering places (see http://www.saving-spoon-billed-sandpiper.com/). Follow-up visits will count the numbers of sandpipers at these sites, and will assess and seek to counter any threats they face.

The survey methods used in this study also have the potential to be used for other widely dispersed migrant species. “Rare birds that migrate over long distances, like the spoon-billed sandpiper, are especially difficult to count,” says Professor Rhys Green, one of the paper’s authors. “Our technique is particularly valuable because it can be repeated using exactly the same methods to help us to monitor future population trends.”

A study of spoon-billed sandpiper ecology in China is currently being supported by the Conservation Leadership Programme (CLP), which is a partnership between Fauna & Flora International (FFI), BirdLife International and the Wildlife Conservation Society. Recognising that the biology of this species is poorly known, the CLP-funded team is aiming to improve understanding of the sandpiper’s stopover ecology – particularly its feeding ecology. The team is also working directly with communities to raise environmental awareness among local fishermen.