African cities have a habit of greeting new arrivals with a chaotic assault on the senses from the moment you venture into the bright sunshine from the arrivals gate. However as I waited outside the Kigali International Airport in Rwanda, apart from the welcome warmth of the tropical sun, I was greeted by organised airport taxi lines, neat landscaping, a distinct lack of litter and a content calm.

As I drove through the city en route to my hotel, it became apparent this display was not limited to the airport. The city gives off a clean and organised vibe – the road verges are spotless and landscaped, the buildings well maintained and the traffic orderly.

Perhaps it was just the relief of escaping the dull European winter, but there is a general feeling of optimism and pride in Rwanda’s recent achievements.

The 7th East African Petroleum Conference was held in Kigali last month to promote the region as a destination for investment in petroleum resources and discuss how the industry could contribute to regional energy sufficiency and lasting socio-economic development. This was an opportunity for East African nations to showcase and sell the oil and gas potential of their countries to foreign investors.

And it would seem there is real potential. Over the past 10 years an estimated 80 billion barrels of oil have been discovered in Uganda, Kenya, Mozambique, Tanzania and Madagascar. This has led to the region being described as the world’s leading frontier on oil and gas development.

The potential revenue from these newly discovered hydrocarbon resources is flaunted as a mechanism to achieve national and regional development goals and much needed poverty alleviation. 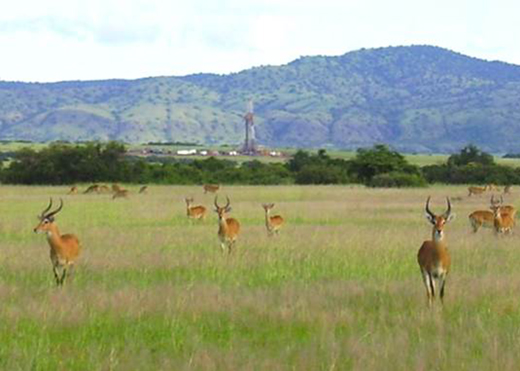 Meeting these development needs is undoubtedly a priority, but the real challenge for the region’s governments is to do so without sacrificing long-term natural capital – the stock of capital derived from natural resources such as biological diversity, ecosystems and the services they provide.

This is particularly true because there is an unfortunate overlap of oil and gas resources with areas of high biodiversity value. For example, according to WWF, nearly 70% of all wildlife conservation areas in Uganda have been found to have oil and gas deposits beneath them. Exploration has discovered petroleum resources in Murchison Falls National Park, and Virunga National Park in the neighbouring Democratic Republic of Congo (DRC).

These areas not only support wildlife but also vital ecosystem services upon which poor rural populations depend heavily. Oil exploration and extraction is also likely to adversely affect these remote communities through the large influx of migrant workers.

For this reason, there is an urgent need to balance government and private sector interests with long-term biodiversity and community concerns.

Side event or main event?

Until fairly recently, most countries in this region were not known for their strong civil society representation and voice. However this is quickly changing as people who are passionate about the future of their countries join forces.

Against this backdrop of greater civil society collaboration, a workshop was organised by WWF Regional Office of Africa and ACODE (Advocates Coalition for Development and Environment) to bring together an enthusiastic group of organisations keen to collaborate and present one voice to the private sector and government at the East African Petroleum Conference.

It was for this important side event, rather than the main conference, that I travelled from Cambridge to Kigali, to lend my perspective as FFI’s Mining and Energy Programme Manager on how best to influence governments and private companies and share the group’s social and environmental concerns. 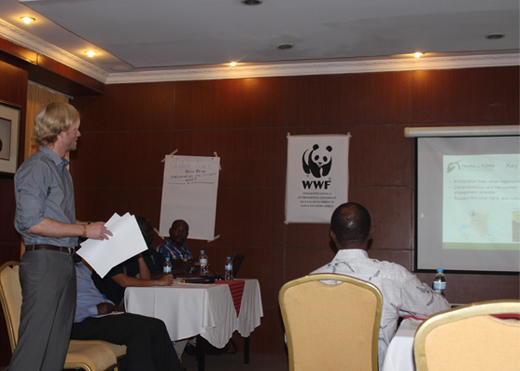 The workshop was attended by participants from eight countries, and we shared a number of goals:

The workshop meant that, for the first time, a large contingent of civil society representatives were able to voice these concerns to private sector and government delegates at the East African Petroleum Conference.

Ours was the only civil society booth there, and an estimated 400 delegates visited us during the conference. So much interest was generated in fact that communications materials ran out.

Let’s hope this is a good omen for more cross-sector engagement in the region in the future. 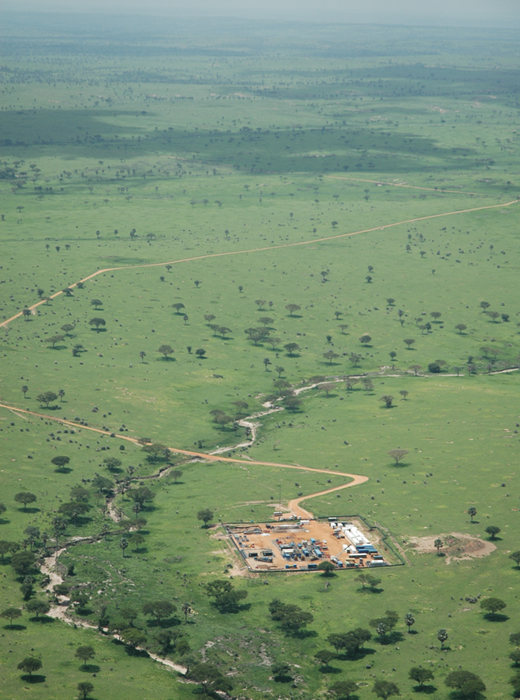 FFI’s Mining and Energy team are currently engaging constructively with a small group of willing and responsible companies in Mozambique, Uganda and Kenya. Our aim is to help companies better understand how their operations both impact and depend upon community livelihoods and natural resources.

If the government and private sector can adequately address these adverse impacts, perhaps development will not come at the cost of the region’s diverse natural and social capital.

Now is that asking too much?