Slither me timbers: snakes and scorpions of the Caribbean

In a beautifully filmed but chilling sequence from BBC’s Planet Earth, we were shown a slithering carpet of serpents ambushing iguanas in the Galapagos Islands. As thrilling as this sequence was, the thing that most struck me was how abundant island racer snakes can be when their natural ecosystem is undisturbed.

This fact was particularly poignant for me because when the programme aired I was in the Caribbean, commissioned by Fauna & Flora International to photograph some of the planet’s most endangered reptiles, and the people working to save them.

On small islands, low diversity is often compensated for by high abundance. But these particular ecosystems are intensely fragile, and the slightest change – like the introduction of an alien predator – can destroy them. By ‘alien predator’ I am not referring to some dreadlocked bipedal crustacean, but assassins far more tenacious, such as the humble black rat and small Asian mongoose.

In the past the Planet Earth Galapagos racer scenario may have played out on the island of Saint Lucia, one of the places I was asked to visit. But the introduction of rats and mongooses devastated populations of both snakes and iguanas, and – although the latter still survives in low numbers – the Saint Lucian racer is now extinct on the mainland. A tiny relict population remains on Maria Major, a small forested island in Savannes Bay off the southern coast. I was told that only about 20 individuals survive there, making it the world’s scarcest snake.

Twenty is an educated guess, obtained after a recent mark-recapture study was conducted on the island. These snakes are so rare, in fact, that in a typical year Forestry Department and National Trust conservation staff will find only one or two individuals. Although I was to spend a night on Maria Major photographing other endemic reptiles, my chances of seeing the racer were considered so slim that it didn’t even appear on the species shot list I was given.

Instead, foremost were images of the Saint Lucia whiptail lizard, whose black, blue and yellow underside matches the colours of the national flag. This species is also an endemic that for many years survived only on the two small Maria Islands. Ironically, although it is also Critically Endangered, saving this species could be essential if the Saint Lucia racer is also to survive, as the whiptail is likely an essential prey species for the snake. This is the complex reality of conserving extremely rare island species: we sometimes need to protect one endangered species to prevent the extinction of another.

We arrived on Maria Major late, after a violent storm had turned midday gloomy and crepuscular. The five-minute boat ride from the mainland was choppy as the sea here is shallow. As we splashed up the beach it occurred to me that this island enjoyed a fragile peace, being a mere stone’s throw from the mainland with its introduced rats and mongooses that had so fundamentally changed the whole ecosystem.

My camp was simple: a string hammock and a rust-stained shower curtain borrowed from my friendly guesthouse on the mainland. I had heard that the island was infested with scorpions and brought an ultra violet torch in case the rumour was true.

While my Saint Lucian counterparts erected an elaborate camp, I looked for scorpions. There were four under the first rock I turned over, which was directly beneath my hammock. The UV light made them gleam magically, like polished turquoise. My colleagues crowded round to observe this marvel of fluorescence. 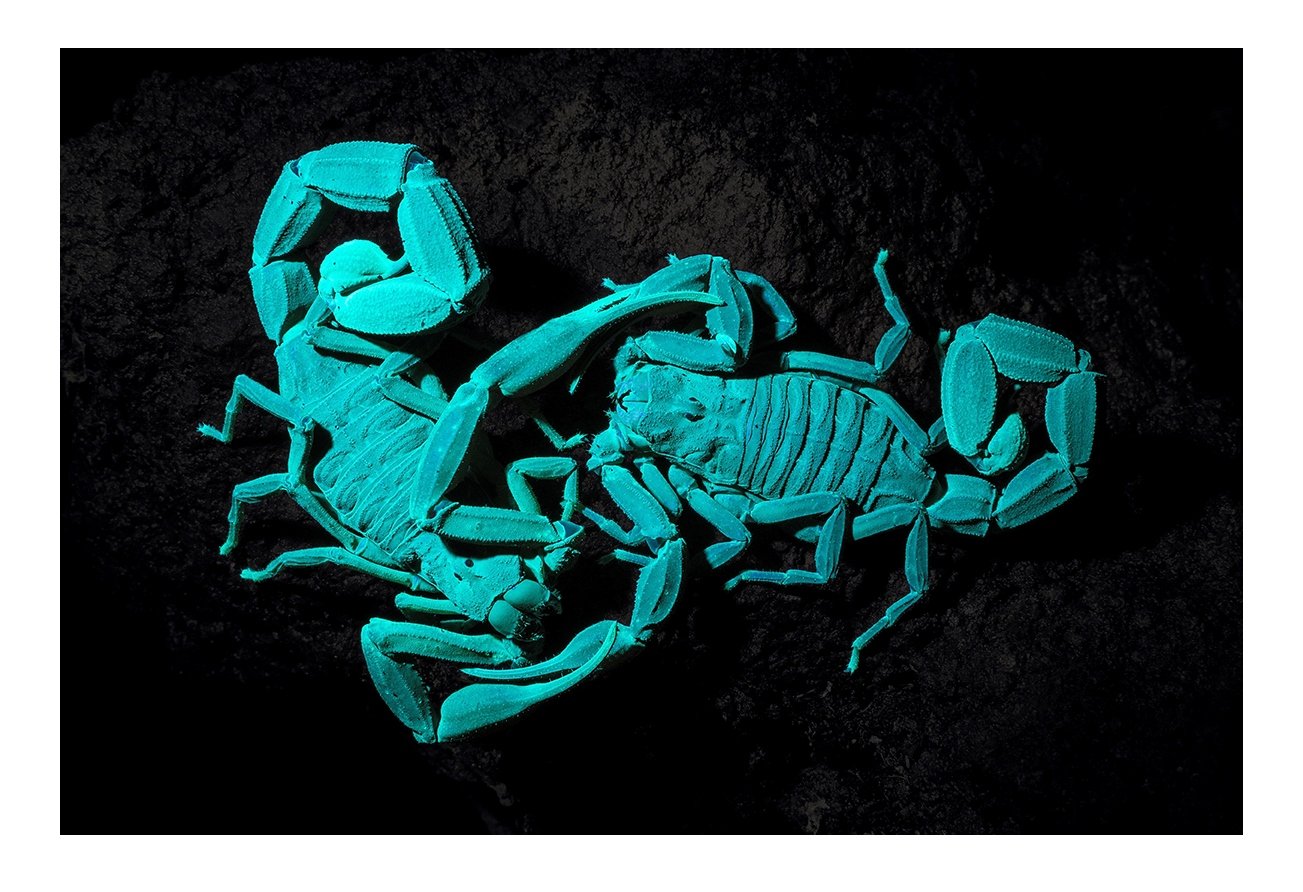 The scorpions were bigger than I had expected and I asked the wildlife warden Stephen Lesmond about the effect of their sting. Apparently no one had been stung, and whether painful or deadly, no one knew. A quick scan with the UV light showed that they were certainly plentiful. Stephen shone the UV light around the camp he had constructed beneath a huge sprawling tree. Already scorpions were advancing up the branches from which the hammocks were hung, and others, jewel-like, were high in the canopy. Within moments the team abandoned me in the forest and decamped to sleep on the safety of the beach – apparently happier to encounter crabs rather than scorpions. 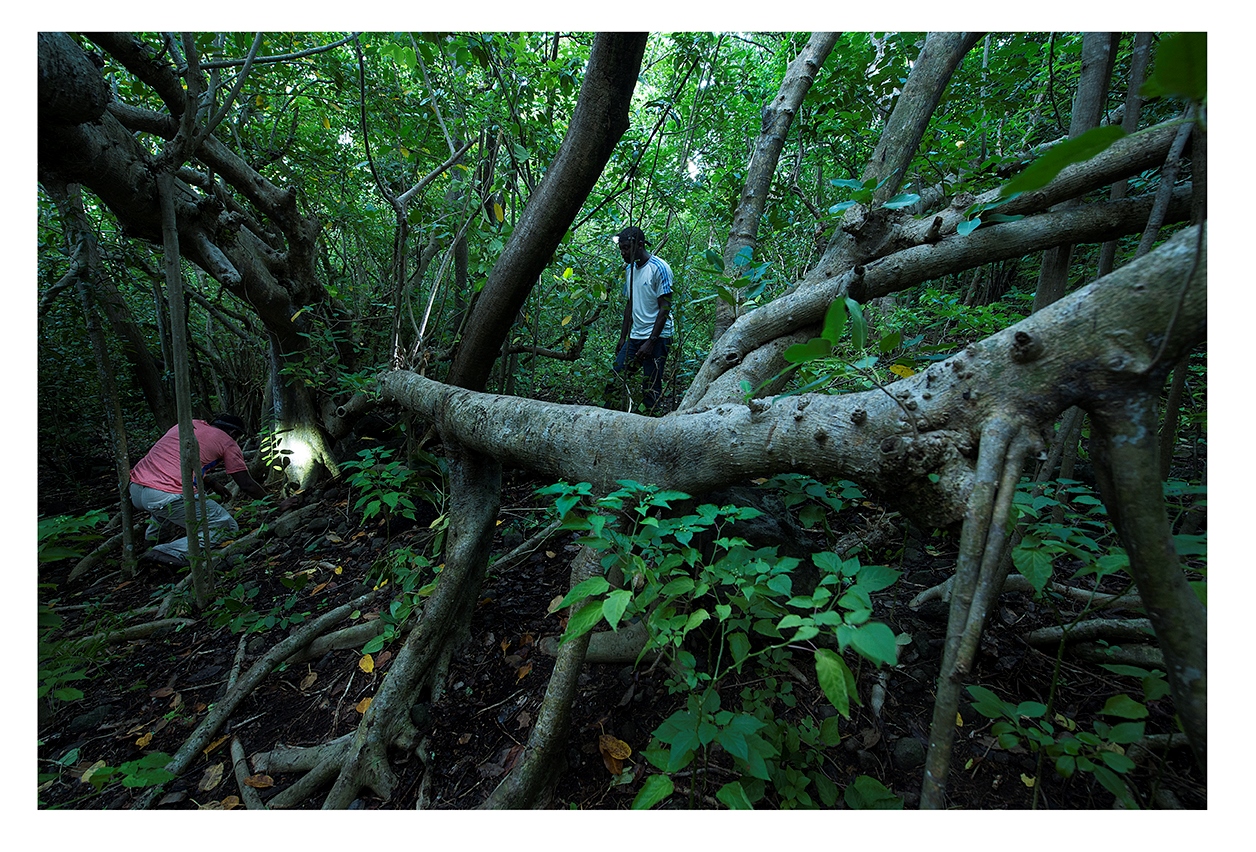 I slept so well that I was still ensconced in my hammock like a pupating larva when Stephen prodded me awake early the next morning. There was a wry smile on his face, and when I glanced down at his hands it took a moment to realise I wasn’t dreaming. He was holding a slim slate-grey snake – a Saint Lucia racer. 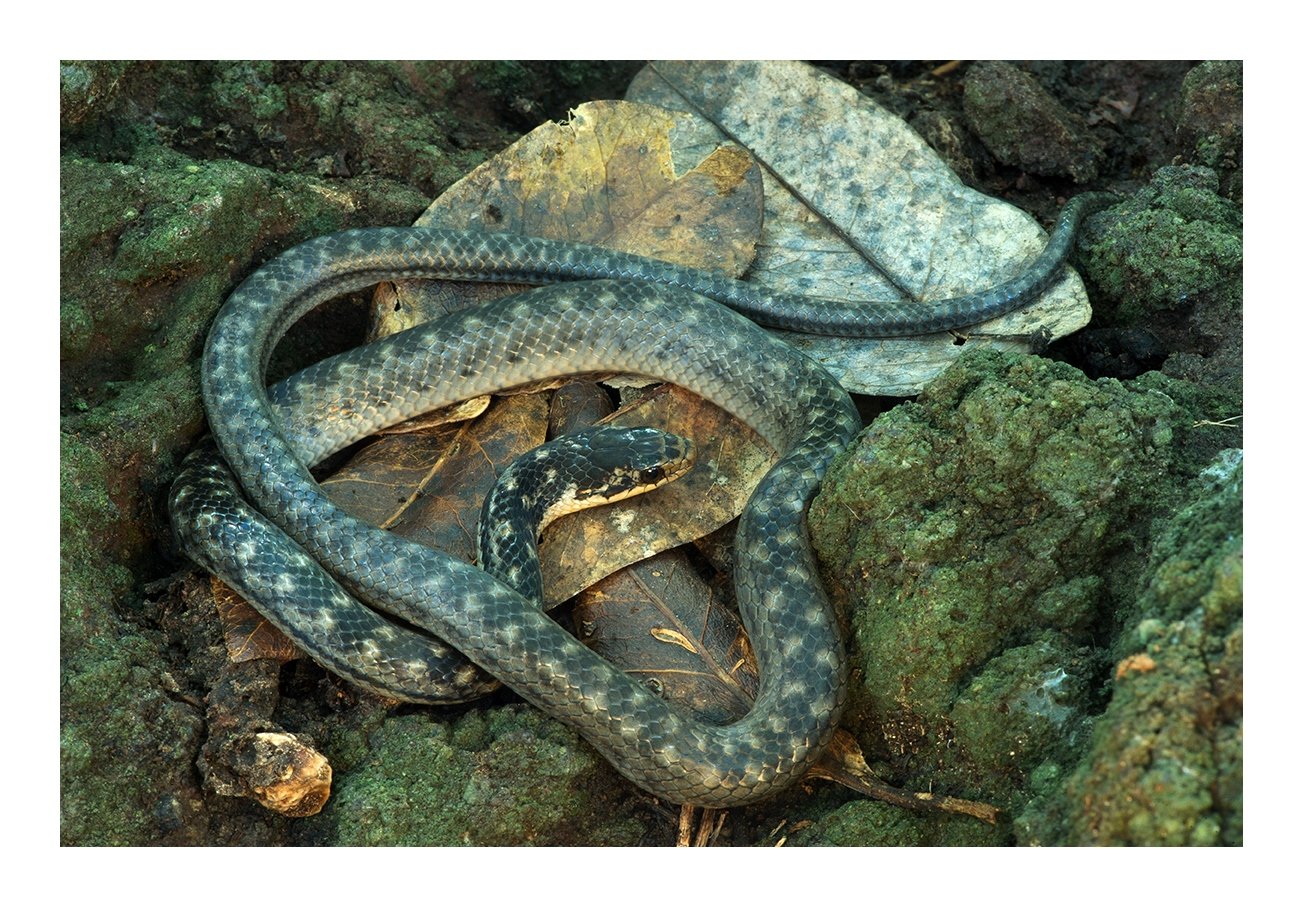 Stephen gently placed the snake on a rock, and while I photographed it he went off in search of endemic pygmy geckos and the diminutive Saint Lucia thread snake – other species that appeared on my photographic shot list. A sudden yelp announced he had been nailed by a scorpion and was about to find out the consequences of its sting.

Evacuating Stephen in case the sting was serious, we departed the island earlier than planned – before the sun was high enough to bring out the whiptail lizards. This meant I had to leave Maria Major without even seeing one. However, we did find and photograph the pygmy geckos as well as one of the tiny thread snakes. At around 10 cm long, this recently-described species is one of the smallest snakes in the world, second only to the Barbados thread snake. 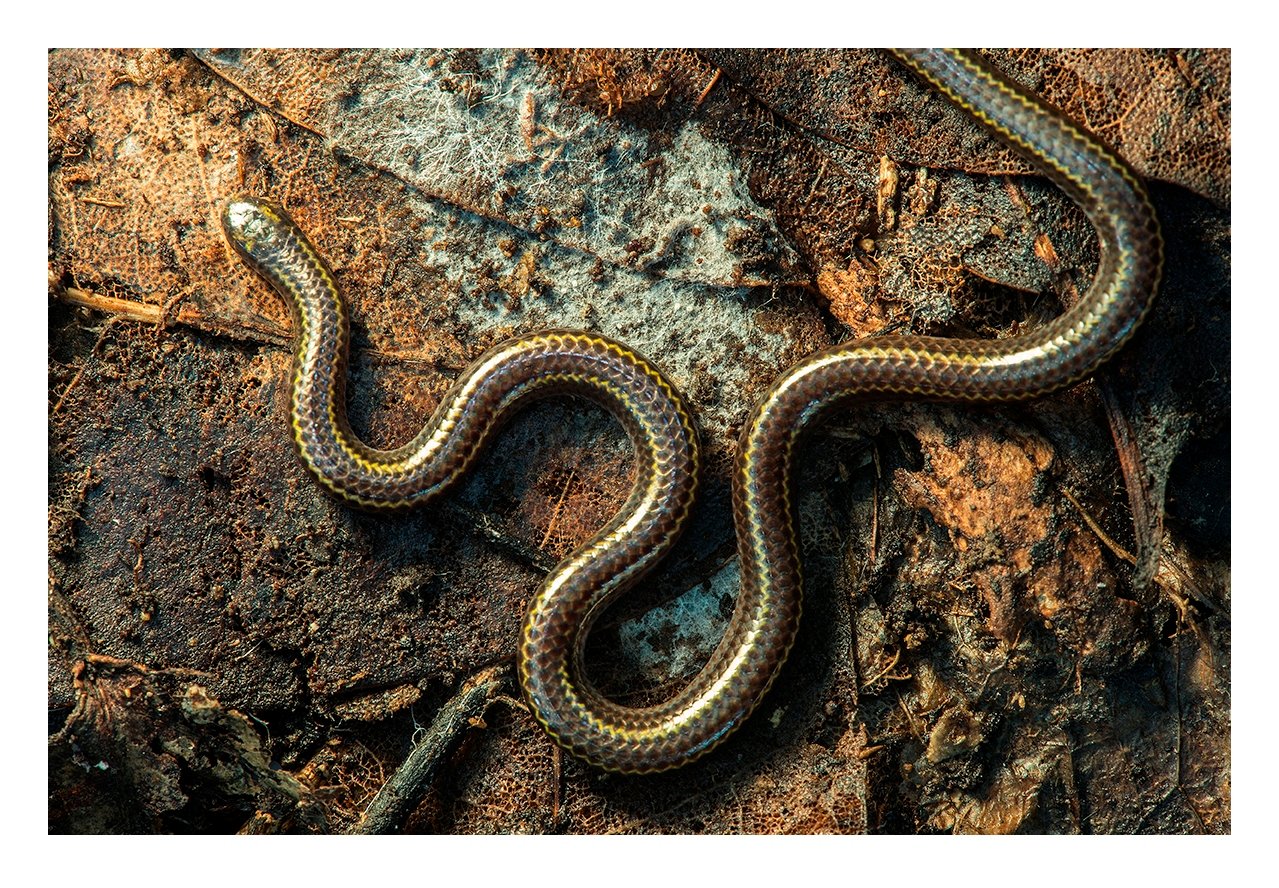 I felt a pang at missing the most important species on my shot list, especially because the Saint Lucia whiptail has now been promoted as a flagship species for the Maria Islands. But it was a pang made lighter by our other successes: at least we had some good pictures of the racer to help promote the importance of this tiny island. Stephen was happy, too. He had achieved hero status for finding a Saint Lucia racer, and had learned that a Maria Island scorpion sting is harmless.

Sadly, a few months after I left Maria Major in November 2016, the story took a darker turn. The Phase II proposals for the Desert Star Holdings ‘Pearl of the Caribbean’ development were announced. This plan detailed the creation of a major resort in southern Saint Lucia, and part of the development plan was to construct a causeway between the mainland and the Maria Islands.

If this were to happen, rats and mongooses could finally invade the island and the fine thread that keeps Maria Major’s endemic reptiles from extinction would be cut. The presence of a causeway would certainly prove disastrous for the whiptail lizard, pygmy gecko, and the world’s scarcest snake, but might also spell disaster for both the marine ecosystems of the Savannes Bay and the beautiful beaches that attract the tourists.

The fact that such a development was under consideration was shocking to both local communities and environmentalists across the world, who called on the developers to leave the precious Maria Islands alone. A petition quickly gained 75,000 signatories. Hearing the objections, Prime Minister Chastanet issued a clear promise on national television that the causeway will not touch the islands and that their wildlife is to be conserved. 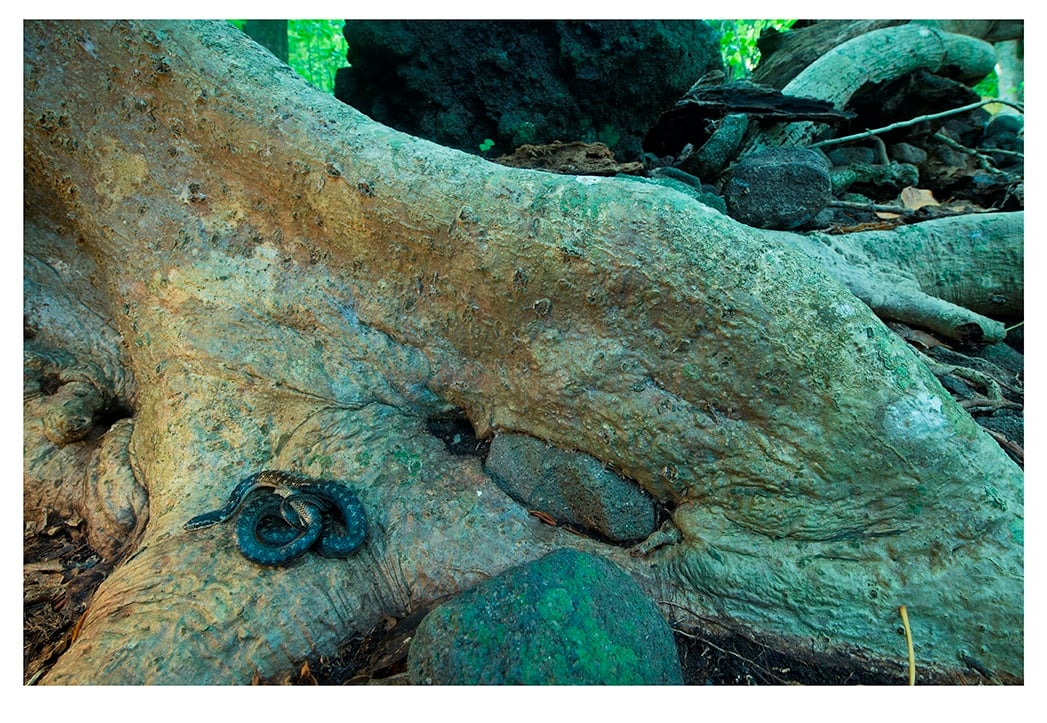 We now await a revised plan for the Pearl of the Caribbean, and hope that the developers are now fully aware of how precious the Maria Islands are and will afford respect and protection to their small, beleaguered denizens.