Two of Vietnam’s most critically endangered primates have taken a small but significant step back from the brink, according to the results of recent surveys. This double dose of good news is a welcome shot in the arm for Fauna & Flora International (FFI) and all those working to protect these super-rare apes and monkeys.

Vietnam harbours a jaw-dropping 25 primate species, five of which are found nowhere else in the world. This makes it one of the most important places on the planet for primate diversity. Unfortunately, remorseless hunting and widespread habitat loss have left many of these species precariously close to extinction.

The cao vit gibbon – named onomatopoeically, like the cuckoo, after the sound of its haunting call – is among the world’s most threatened apes. At the time of its rediscovery in 2002 by Vietnamese scientists working for FFI, this breathtakingly acrobatic primate was clinging to survival by its hooked fingertips in a small, fragmented forest on the border with China.

Thanks to the combined efforts of FFI and our partners – supported by Arcus Foundation, Disney Conservation Fund, US Fish & Wildlife Service and Twycross Zoo – hunting and habitat loss in this particular area have been virtually eliminated, with the result that gibbon numbers have rebounded to an estimated 135 individuals – a 20% increase over the past decade. According to the latest census, that population is, at the very least, stable – and probably still increasing – and the gibbons’ area of occupancy has expanded.

There are signs, however, that gibbon numbers may now have peaked within the confines of their existing forest haven, and FFI is now working to secure additional habitat that could accommodate further expansion of the population.

Details of the census findings and the gibbons’ status have recently been published in Oryx—The International Journal of Conservation. 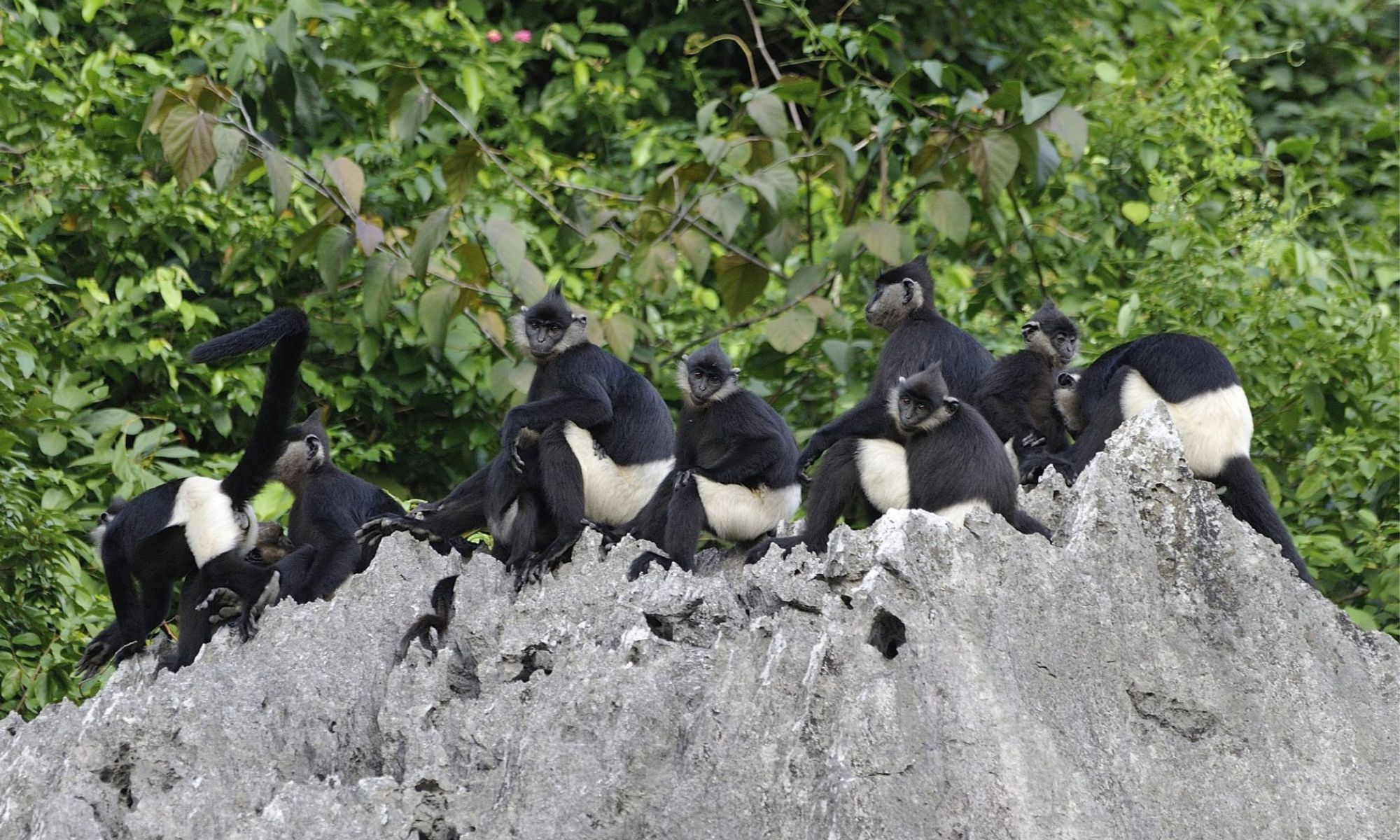 Meanwhile, the results for Delacour’s langur – an elegant leaf-eating monkey confined to small pockets of rugged limestone habitat in northern Vietnam – are even more encouraging. In 2016, scientists from FFI discovered the world’s second-largest population of this gravely threatened primate, comprising an estimated 40 individuals, in Kim Bang district.

Now there is even better news. A recent follow-up survey in the same location, supported by FFI, has confirmed the presence of a morale-boosting 73 Delacour’s langurs in 13 separate groups. With several other groups reported, there may be as many as 100 monkeys in total.

The dramatic increase in numbers is a fitting reward for two years of concerted conservation action – supported by Rainforest Trust – on behalf of this charismatic primate. It also demonstrates how crucial Kim Bang is to the survival of the species. The only other viable population – comprising around 150 Delacour’s langurs – is in nearby Van Long Nature Reserve. 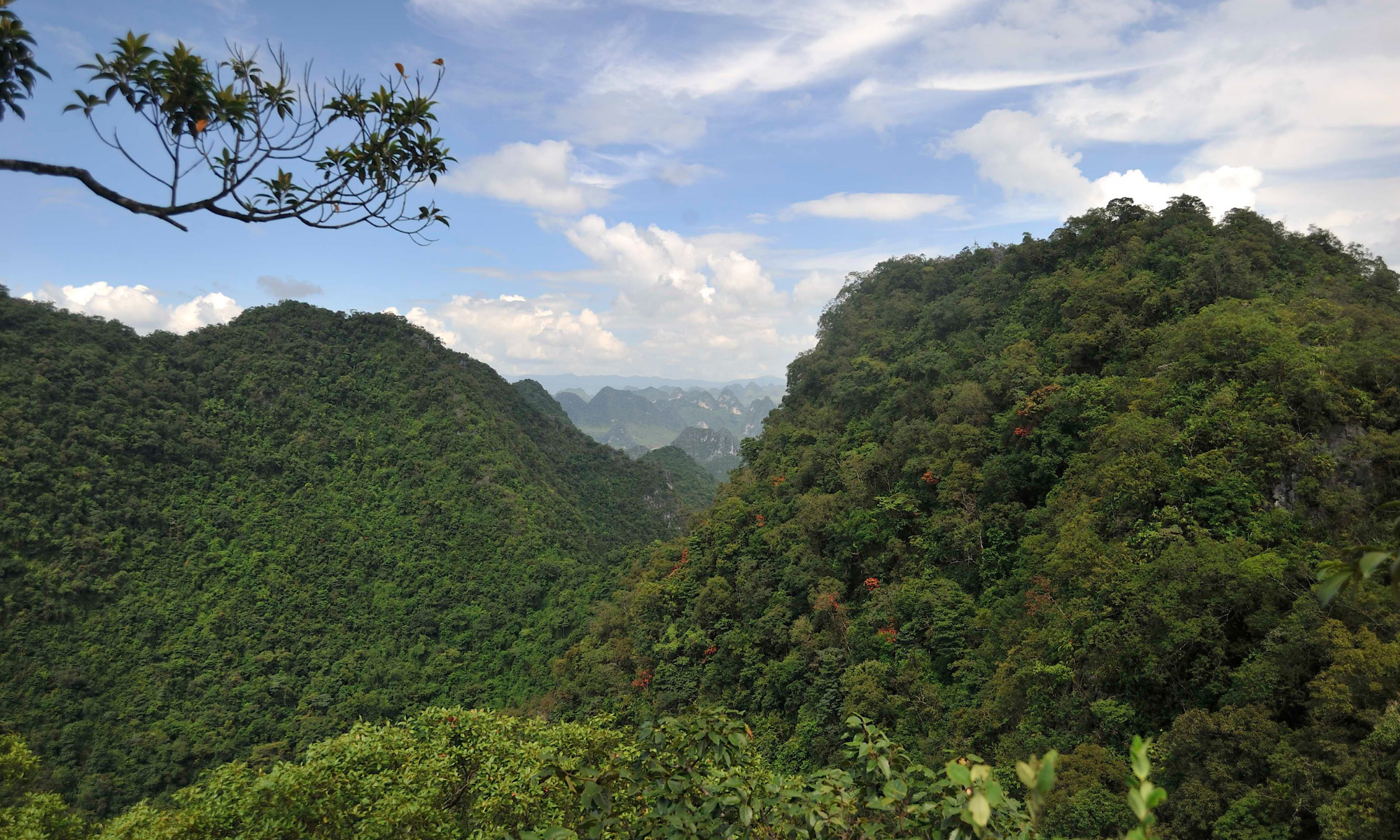 To its credit, the Vietnamese government has been quick to recognise the importance of Kim Bang’s forests. On 10th January 2019, the Ha Nam Provincial People’s Committee agreed to establish a new protected area specifically to safeguard Delacour’s langur and its habitat from the combined threats posed by hunting, illegal timber extraction and cement mining. Approving the proposal, vice-chair Truong Minh Hiến emphasised the need to ensure that development is sustainable and does not come at the expense of conservation.

The precise boundary has yet to be finalised but is likely to encompass almost 2,500 hectares of forest. Josh Kempinski, head of FFI’s Vietnam programme, welcomed the news: “It’s a great feeling. There is still work to be done, as we need to reclaim as much as possible of the forest land that is currently earmarked for cement mining, but this is fantastic start.”

Following hot on the heels of the news that Cat Ba langur numbers are on the rise, the cao vit gibbon and Delacour’s langur survey results are a genuine cause for celebration. All three species remain on the critical list, however, and continued vigilance will be vital if we are to ensure their long-term survival.