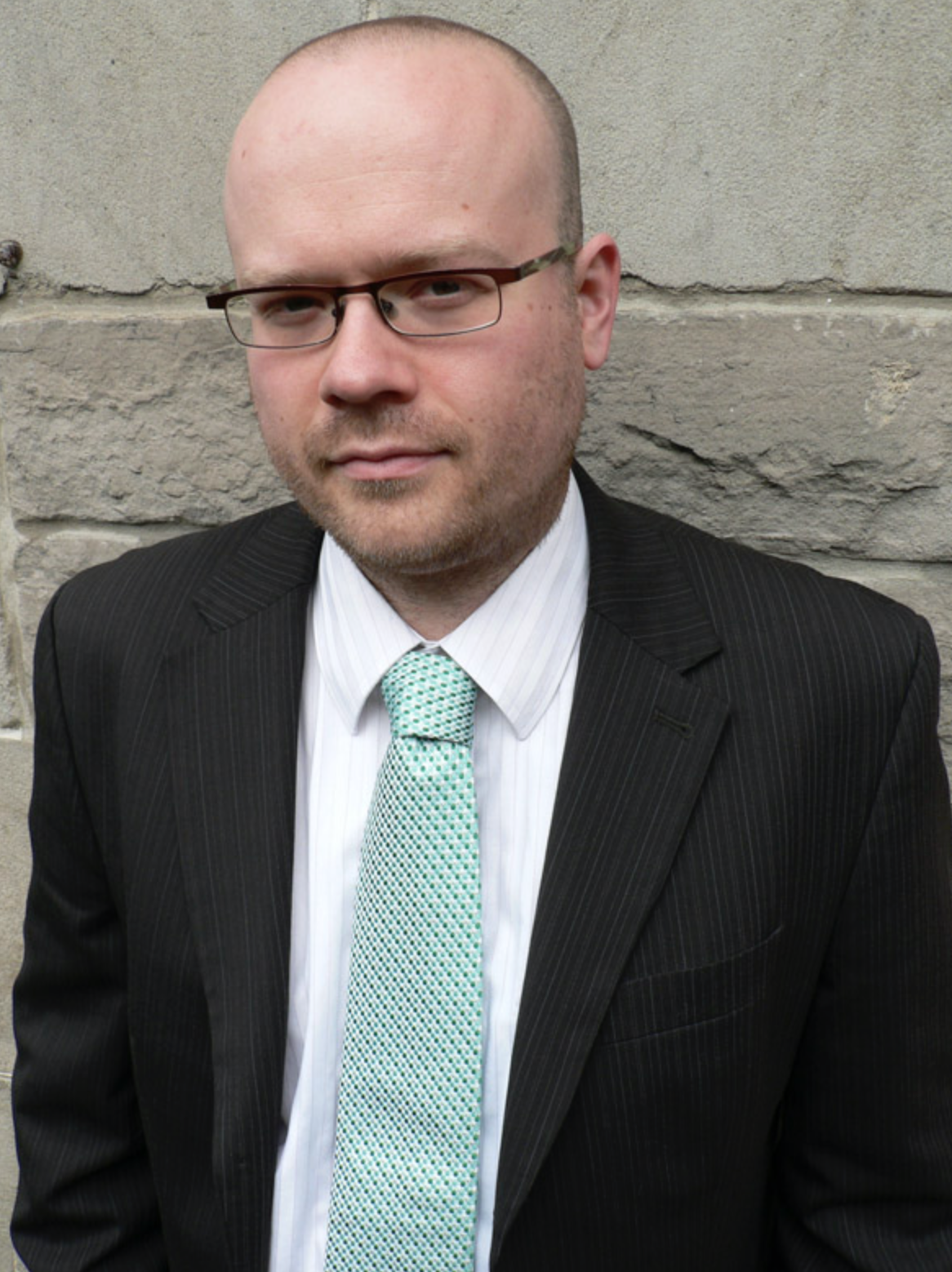 James Mackenzie is a freelance campaign consultant, working for the Sustainable Inshore Fisheries Trust (SIFT) – one of FFI’s partners in Scotland – on the ‘Help The Kelp’ campaign.

Sir David Attenborough, the UK’s best-known naturalist and vice-president of Fauna & Flora International (FFI), has today added his voice to those calling on the Scottish government to protect Scotland’s kelp forests from an alarming new threat: mechanical dredging.

Kelp forests act as a vital buffer against storms for low lying coastlines and also provide a crucial habitat for fish and shellfish. Research has shown that more than 200 animal species can inhabit kelp holdfasts (the part of the plant that is attached to the sea bed), and many more rely on the stems and fronds above.

The pressure to start mechanical dredging comes from the demand for wild kelp from the pharmaceutical, food processing and textile industries.

But this harvesting technique rips kelp up from these holdfasts, which prevents the plants from being able to re-grow. Research from Norway where mechanical dredging for kelp has occurred since the 1970s, investigated the effects of kelp dredging on commercially important species and found 92% fewer young fish in harvested areas. It is little wonder therefore that representatives of the Scottish fishing fleet are among those opposed to this damaging form of kelp harvesting. 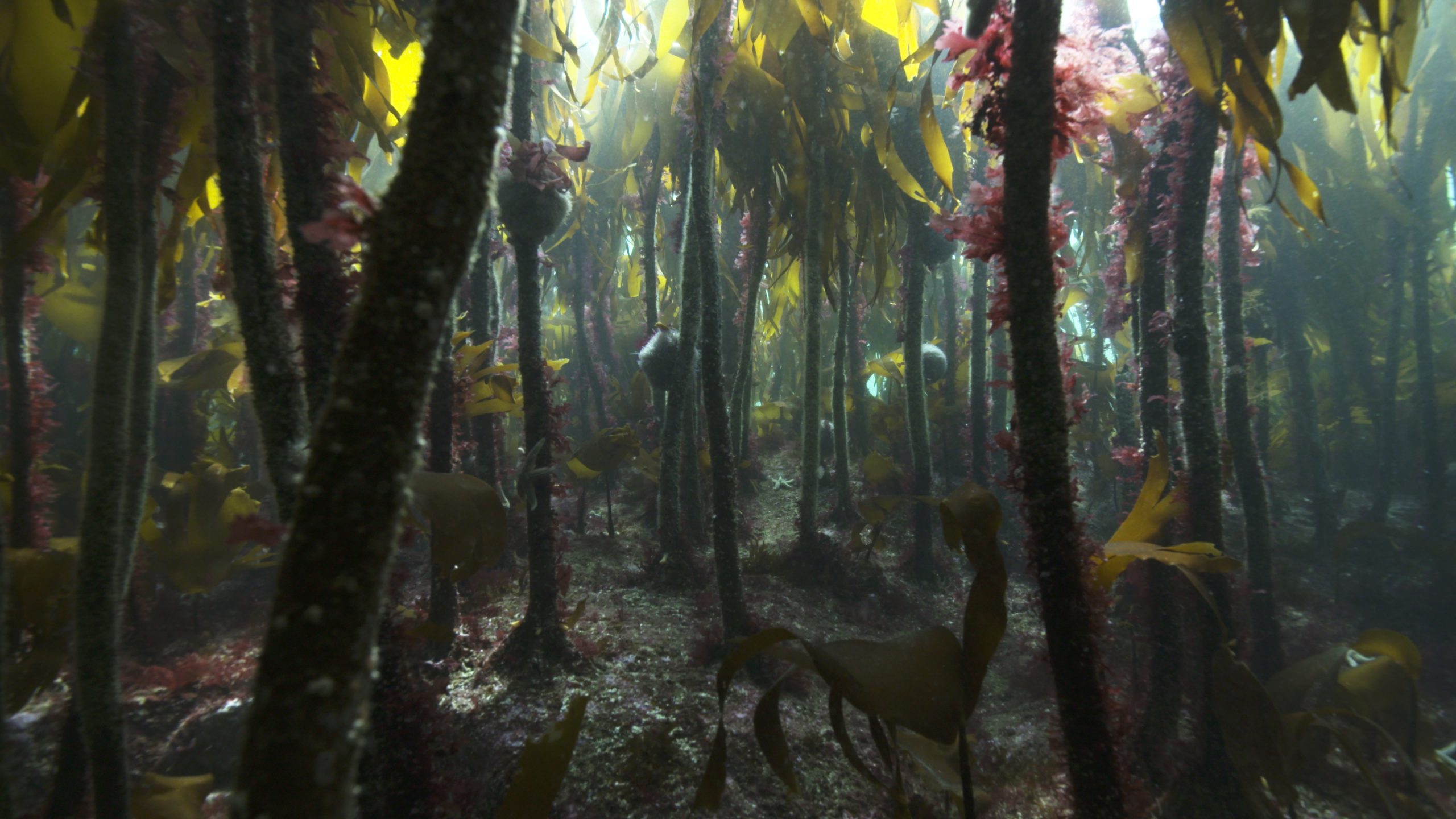 On 18th September, the Scottish Parliament’s Environment, Climate Change and Land Reform Committee voted to protect kelp from any method of harvesting which stops individual plants from being able to re-grow.

Campaigners, a great many of them from coastal communities, are now calling on the Scottish Parliament to confirm this decision and prohibit this damaging practice when it considers the Scottish Crown Estate Bill again in November. If passed into law, this would ensure that kelp could not be mechanically dredged in Scottish waters.

In England the government’s advisory body Natural England advises “against the use of mechanical harvesting methods as these are likely to have a detrimental impact on the marine environment“. The legislation being debated in November will be the first time the Scottish Parliament has considered extending this level of protection to Scottish kelp forests.

Sir David Attenborough said: “Charles Darwin was one of the first people to recognise just how important kelp forests are for our oceans, comparing them in diversity to rainforests. These kelp forests – which can be found right here, around the coast of the British Isles – not only form an important part of the food chain, but also act as a vital habitat for a wide array of species. Their thick foliage offers food and safety from predators, and provides a nursery ground where juvenile fish can mature in safety. Look closely among the intricate stems and fronds of kelp, and you will find a range of fascinating sea life, from invertebrates such as sea stars, anemones and limpets, to mammals such as sea otters. Many of the fish species, such as cod, that are so important to us economically and culturally are also found here.

“For these reasons and many more (carbon storage being just one), it is absolutely imperative that we protect our kelp forests. It is perfectly possible to harvest them sustainably by removing their fronds while leaving the rest of the plant intact. But dredging – or indeed any kind of harvesting that removes the whole plant – is a wholly short-sighted measure that risks the wholesale devastation of our kelp beds.

“I urge decision makers to take the necessary action to protect these vital, and globally important, habitats.” 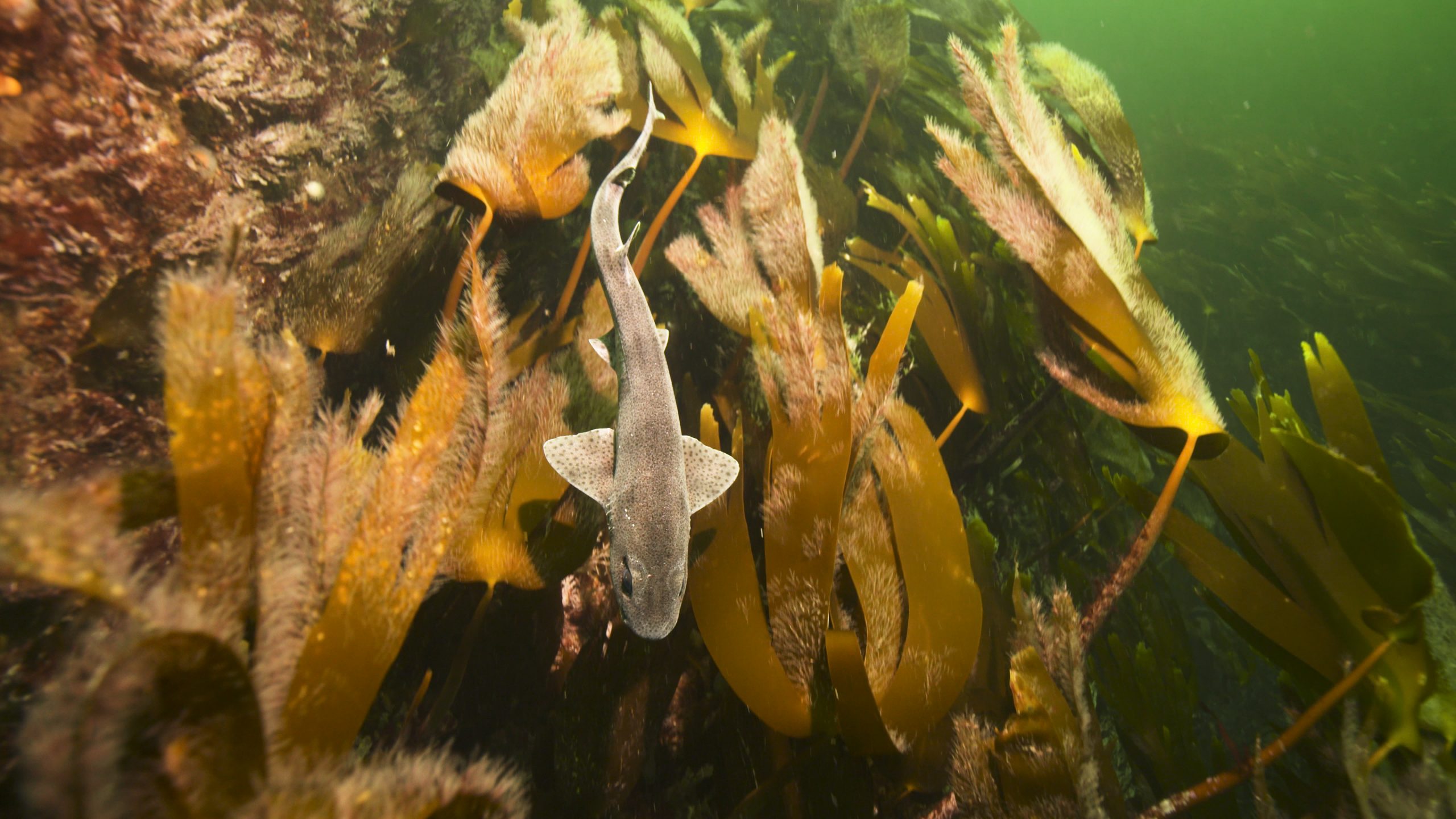 Look closely among the intricate stems and fronds of kelp, and you will find a range of fascinating sea life, such as this dog fish. Credit: Andy Jackson/Subsea TV

FFI’s Marine Community Support Officer for Scotland, Kerri Whiteside, explained: “This is an issue that is of deep concern to west coast communities. From our commercial fishers and those who hand-gather Scotland’s seaweeds for artisanal production to communities up and down the coastline, we are hearing a united call against mechanical kelp dredging. This collective stance alone should be compelling enough for the Scottish government to pay heed. It is no secret that kelp forests play a vital role in Scotland’s marine ecosystem, and this habitat has even been designated as a ‘priority marine feature’ in recognition of this – so surely it is unconscionable to allow this kind of activity in our waters.”

Charles Millar, Executive Director of the Sustainable Inshore Fisheries Trust, which recently established the Help the Kelp campaign, said: “Our kelp forests are vital for so many reasons. Uprooting them would destroy a key foundation of both our inshore fishing industry and the hugely important wildlife tourism business that Scotland’s coastal communities increasingly rely on. Kelp forests are also a vital defence against coastal erosion; our low lying islands are already experiencing sea-level rises of at least a centimetre every two years. It would be idiotic to knowingly undermine these natural defences against storm surges, just for a quick profit.

“Kelp plants can be harvested – but only if they can grow back. This is the standard the existing, sustainable, hand-harvesting industry already has to meet. There should not be lower standards for big companies. Last month the Scottish Parliament’s Environment Committee rightly voted to apply the same rules to all kelp harvesters. It is now up to the Scottish Parliament as a whole to put this on the statute book when this legislation comes before it next month.

“I hope that MSPs of all parties will listen to the science, to the fishers, to our coastal communities and of course to the world’s most celebrated naturalist.”

James Mackenzie is a freelance campaign consultant, working for the Sustainable Inshore Fisheries Trust (SIFT) – one of FFI’s partners in Scotland – on the ‘Help The Kelp’ campaign.